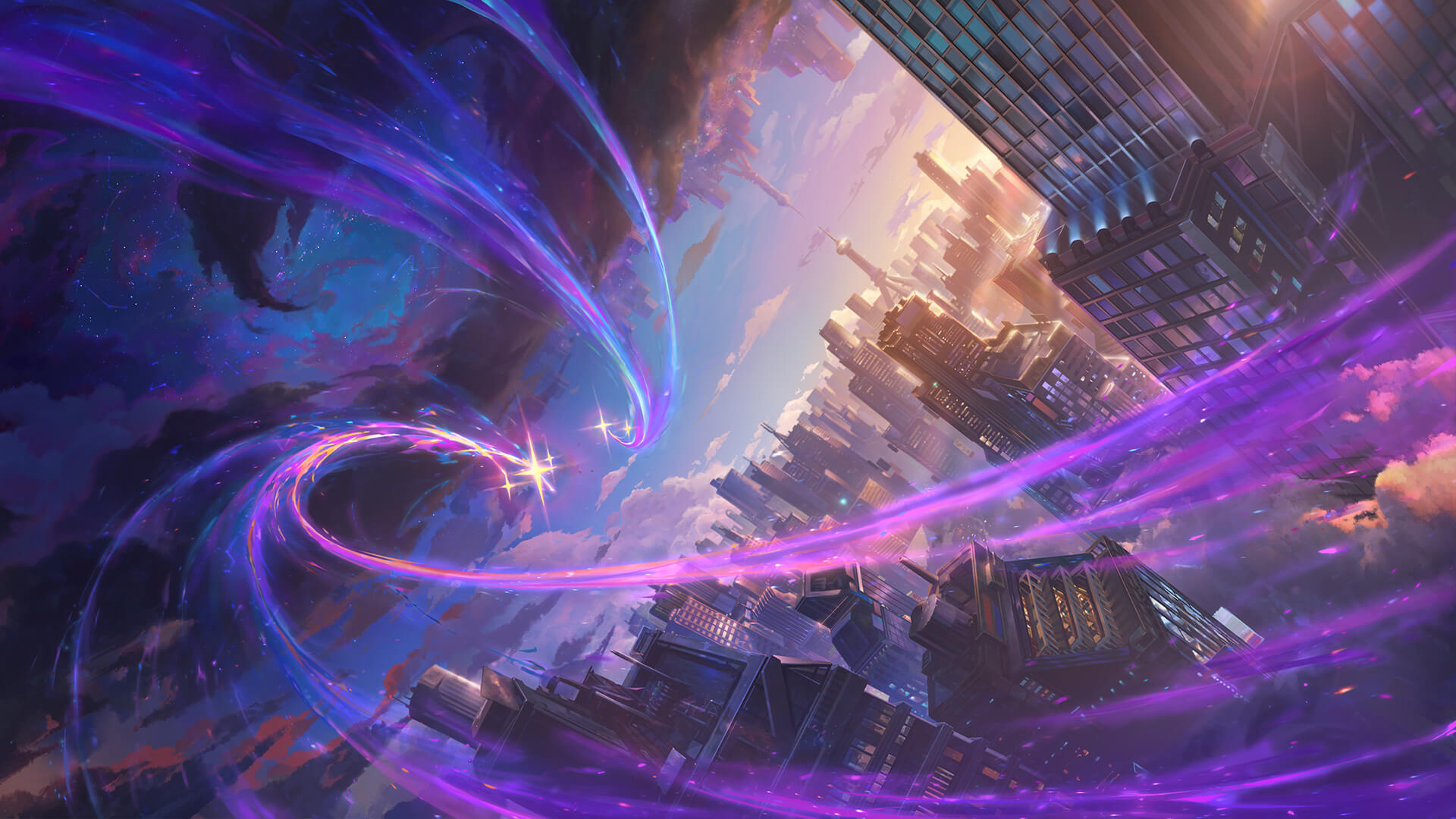 In the beginning, the First Star gave birth to the universe and all life. To protect its creations and ensure the cycle of life would continue for eternity, the First Star entrusted individuals iron-willed and pure of heart with fragments of its essence—starlight—as protectors of the universe throughout the ages.

By day, they navigate the stress, drama, and emotional turbulence of being high school students. By night, they fight back the evil forces that threaten to cover the world in darkness. Together, they must find hope in the power of friendship and overcome their doubts or risk burning out and falling into darkness. They are Star Guardians!

Powerful and striking, these Star Guardians are living supernovas who vanquish the terrors of the galaxy with wondrous powers. However, their fantastic existence comes at a cost: they are bound to the First Star’s cause, and must fight until they perish or fall.

Prior to Lux—the Guardian we first met—there were others. On a lonely moon far from the lights of Valoran City, a team consisting of Ahri, Miss Fortune, Xayah, Rakan, and Neeko attempt to defeat Zoe, a murderous former Guardian known as the Twilight Star. Though they fight bravely, their mission ends in disaster.

Xayah and Rakan are killed—only to be resurrected later under Zoe’s power—with Neeko presumed destroyed alongside them.

Their losses great, and pain raw, the Star Guardians’ resolve is shaken. Ahri and Miss Fortune leave this encounter deeply scarred, but they know their fate: die in the defense of the light. One loss would not see their resolve defeated, so they set out to build another team of other “orphaned” Guardians. 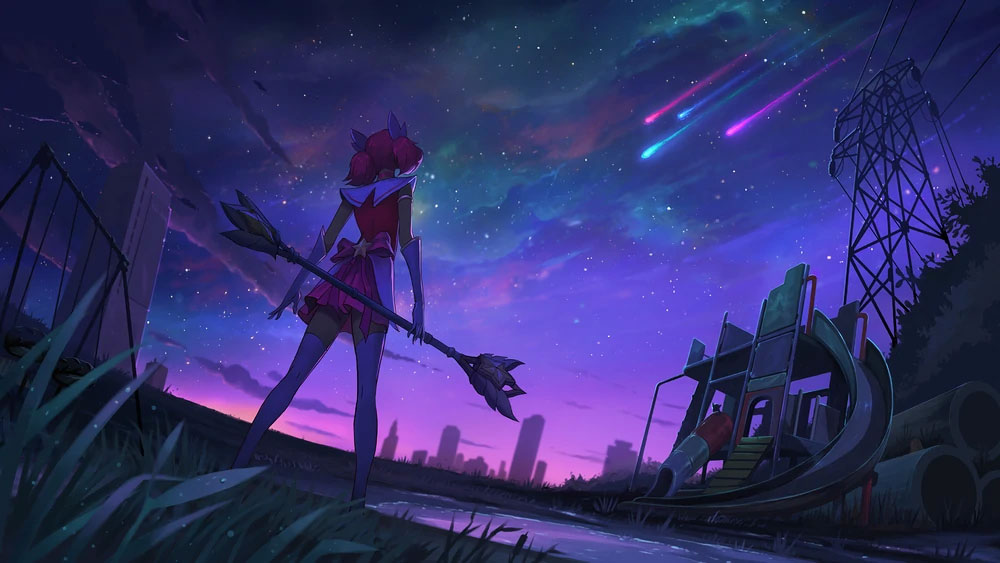 Lux, whose light first shined for us, is inducted into the Star Guardians.

Alone against the darkness—absent the friendship and close bonds the Guardians need—she begins her journey to create a team to join her. 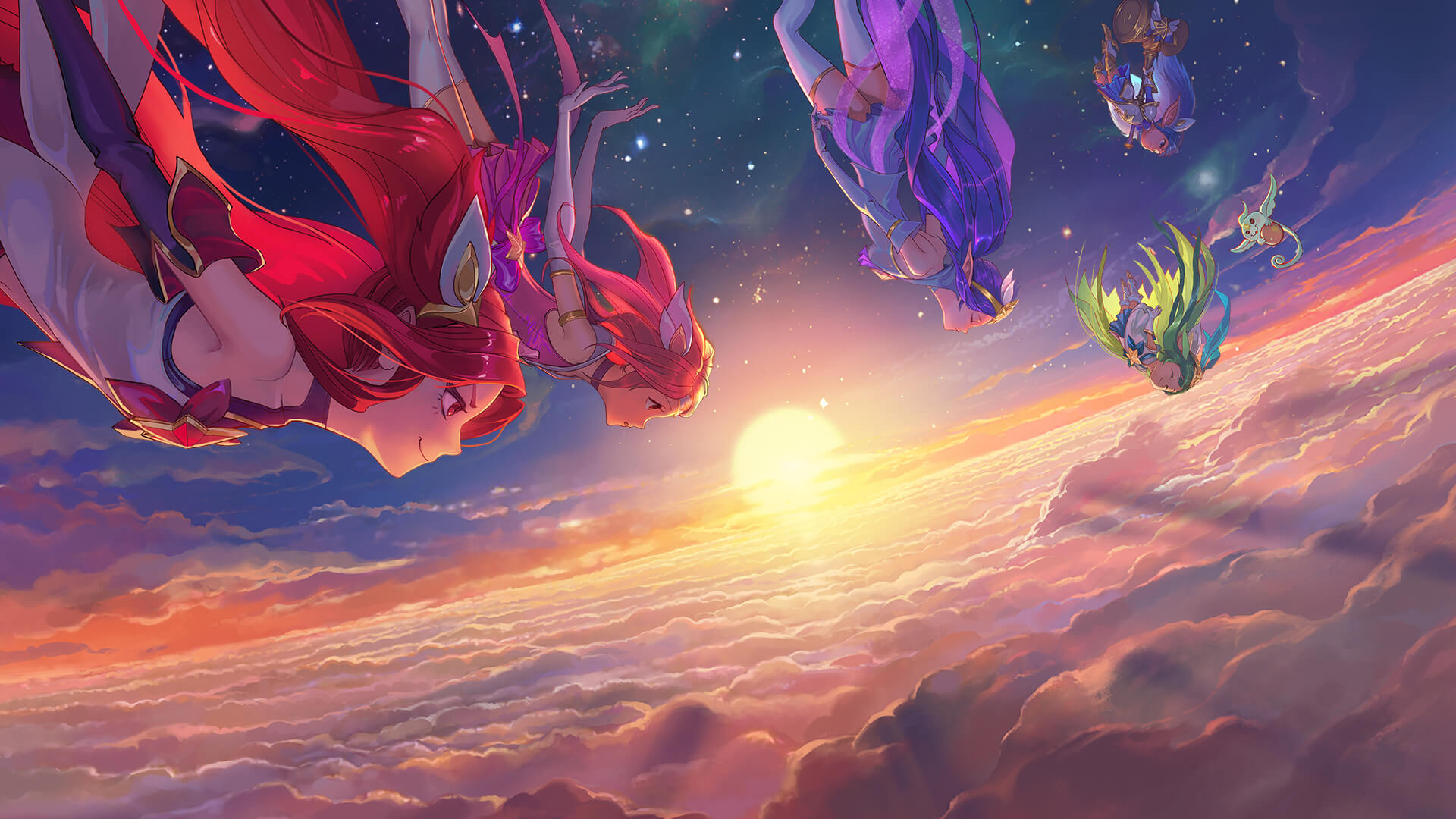 Lux recruits other Guardians to join her against the darkness—Jinx, Lulu, Janna, and Poppy. Lux struggles to balance her life as a teenager and her secret identity as a leader of the Star Guardians.

Lux desperately tries to support her new team, but the stress of their fatal call of destiny proves too much for Jinx, and she leaves the team. In that moment of despair a monster strikes.

The fractured team isn’t strong enough to defeat the attack, and just when the light seems dimmest, Jinx returns to her friends. Using their combined power of love and friendship, the Guardians defeat the forces of darkness and are once again united. Lux and Jinx’s relationship, and the team’s bonds, are stronger than ever. 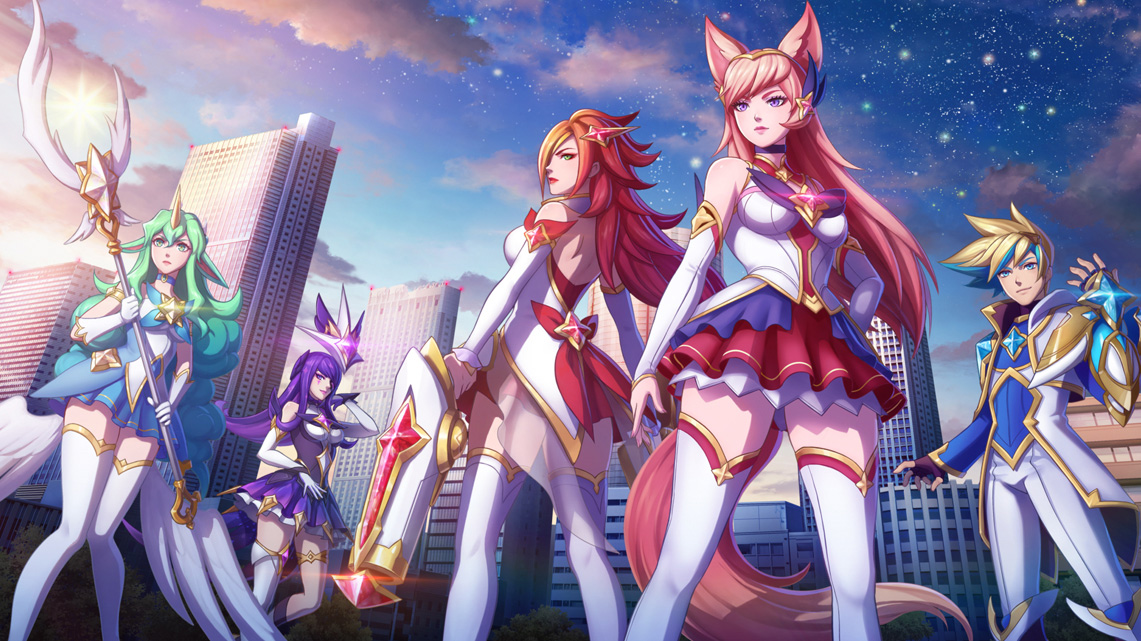 Just like Lux and her friends, Ahri, Miss Fortune, Syndra, Ezreal, and Soraka were chosen to come together, fight, and die in defense of the First Star.

While Lux still strives to fulfill her destiny, Ahri has stopped believing in fate. Three of her former comrades were lost in service to the Light, and Ahri is determined to break the cycle of destiny that leads Guardians to their inevitable doom.

She cannot go through the pain of losing her newfound friends... not again. 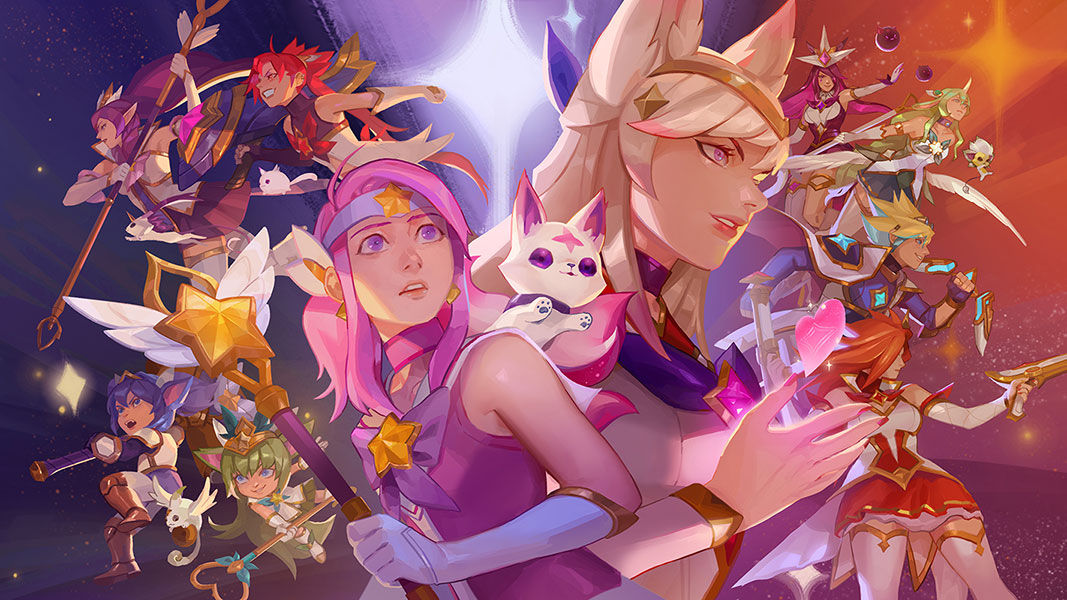 Ominous dreams and the promise of a meteor show bring both teams of Star Guardians to Camp Targon, where tensions begin to rise.

The Guardians are forced to put disagreements aside to defeat an incursion of void-beasts.

After finding victory, Lux looks to Ahri to lead the united Star Guardians against the darkness. But Ahri is resolute in her new focus: keep history from repeating itself. And so Lux is forced to step up and take on the role of leader of the Star Guardians. 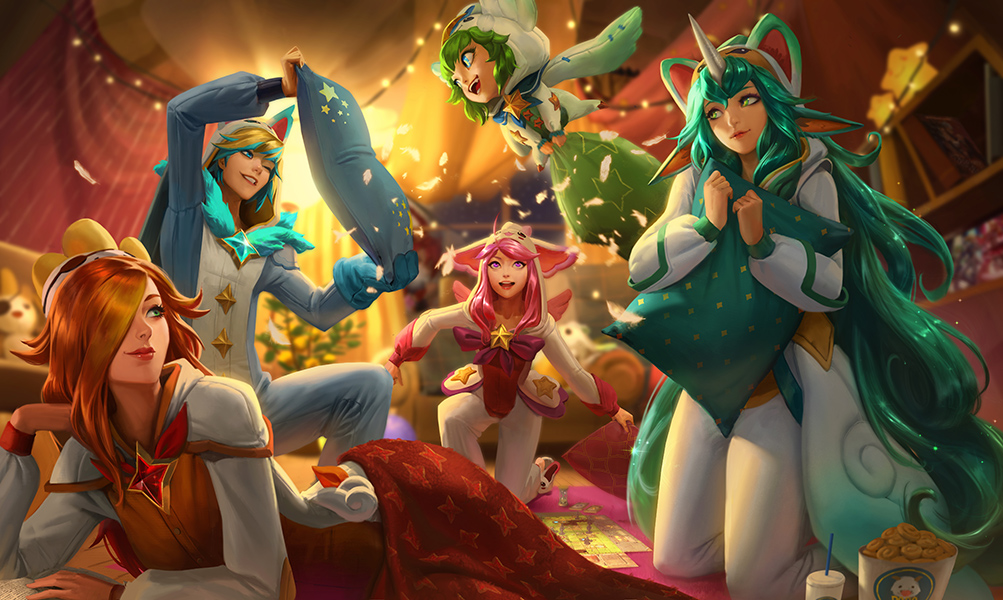 In an attempt to bring the two teams together, Lux invites the Star Guardians to a slumber party. Though things go quickly awry when Miss Fortune, Ezreal, and Soraka assume they’re being invited to an official meeting... and an extra-dimensional summoning portal opens in the middle of the party.

In the stressful aftermath, Miss Fortune and Lux find a close bond forming between them. The former haunted by the loss of her original team, and the latter struggling with the newfound duty of leadership.

The slumber party, though disastrous at first glance, brings the Guardians closer together. 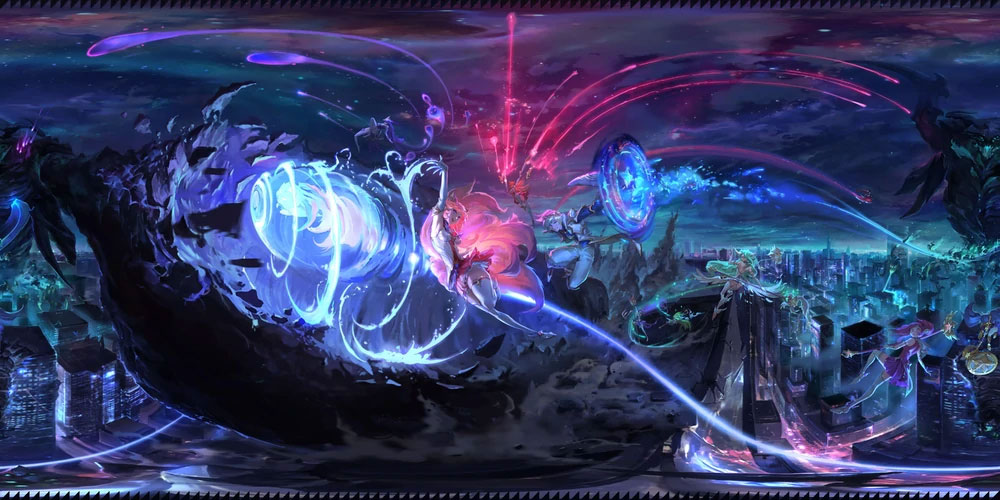 Miss Fortune opens up to Lux about the Guardians she lost on her original team, the meaning of leadership, and the future of the Star Guardians.

Meanwhile Zoe, an ancient threat to Guardians across the universe, finds her way to Valoran City.

The Star Guardians’ bonds of friendship and trust will be put to the limit in order to protect their home, its inhabitants, and each other from the Twilight Star. 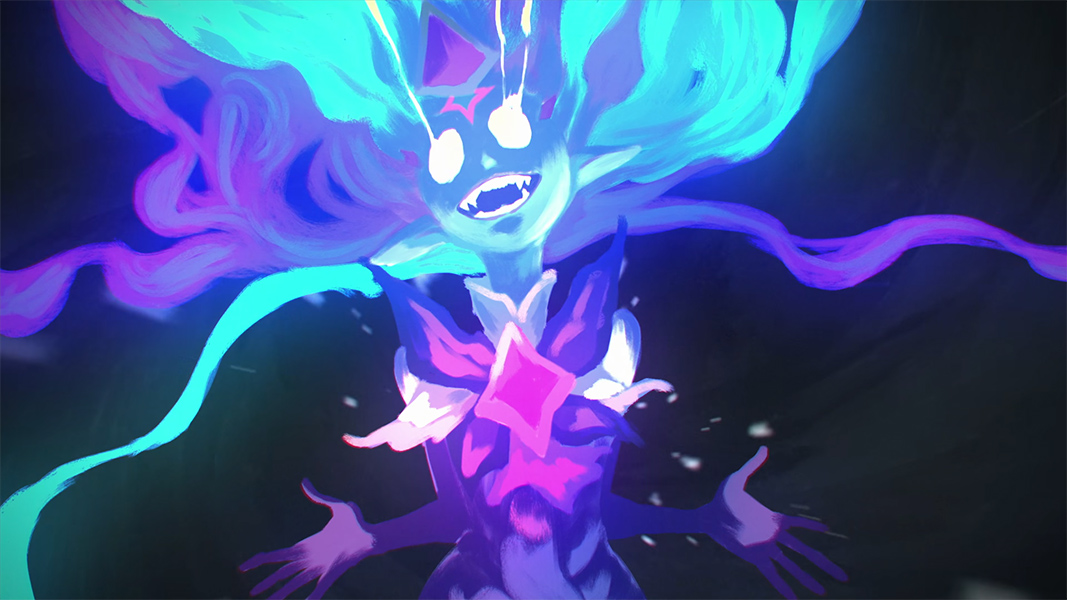 Far off in a deep corner of the galaxy, Neeko is being hunted by Xayah and Rakan, two former Guardians destroyed and resurrected under Zoe’s control.

Neeko manages to fend off and weaken Xayah. But after being healed by Rakan, the pair outmaneuver Neeko, intent on turning her over to Zoe.

What’s next for the Star Guardians? Be sure to check in to learn more in the days to come.