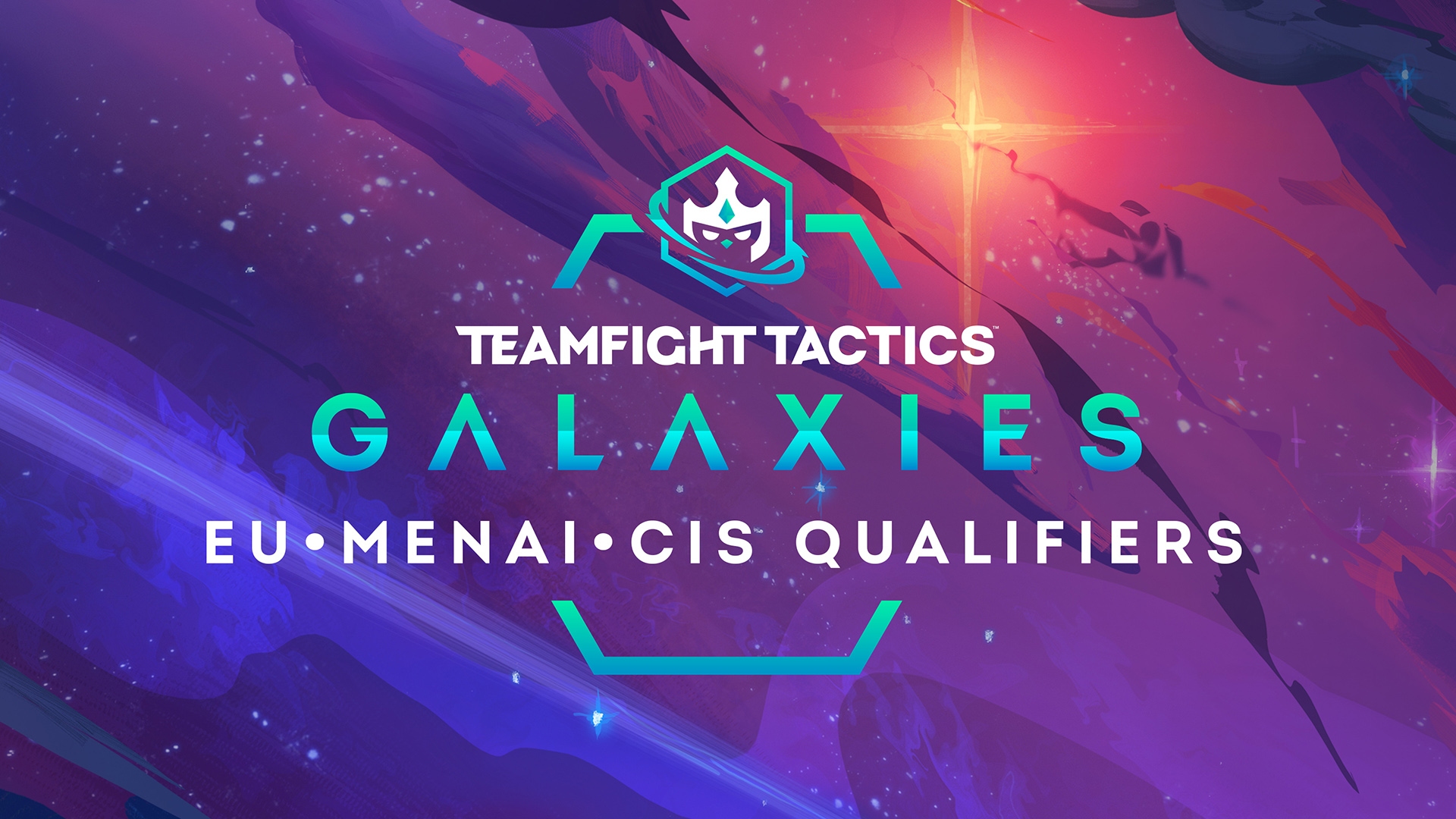 You could be crowned the first ever Teamfight Tactics World Champion as the EUW, EUNE and CIS qualifiers for the Galaxies Championship start soon.

Teamfight Tactics is approaching its one year anniversary and we have been blown away by your response to the game. The TFT Galaxies set is still going strong and we have prepared something extra special for those of you who are especially competitive.

Whether you’re playing on your home PC or on your smartphone from the sofa, you could be crowned the first-ever TFT World Champion.

As announced back in April, we will be holding a global tournament later this year, the Teamfight Tactics: Galaxies Championship. Now, we have more details on how players can compete and take part in the tournament qualifiers.

We realise that the game is not 100% ready for a competitive format just yet with no tournament codes or a spectator mode. However, we know from events such as Twitch Rivals and feedback from our fans, that there is a real hunger for more competition in TFT and we want to provide that new experience to our loyal playerbase.

Our initial esports tournament likely won’t be perfect which is why we want to use this as an opportunity to gather feedback from players so that we can polish our formats ahead of the many competitions we plan to hold down the road. Creating the best possible player and fan experience is our number one priority.

For players in the regions of Europe, CIS as well as North Africa (NA) Levant, GCC and India (MENA&I), qualifiers will start next month ahead of the finals which will decide our region’s top three competitors who will all have a chance to prove themselves as the best player on planet and, perhaps, in the galaxy.

Kicking things off will be the qualifiers which will be held on the EUW, EUNE and CIS servers to give as many players as possible an opportunity. Though, only the absolute best will qualify for the World Championships. The format will reward those who pour hours into the game but will also require instant success with a strong performance needed during the final event.

The qualifiers will decide the top 64 players in the region with 40 players from EUW, 16 players from EUNE and 8 from CIS advancing through to the finals to decide the final three who will go on to compete against the rest of the world. 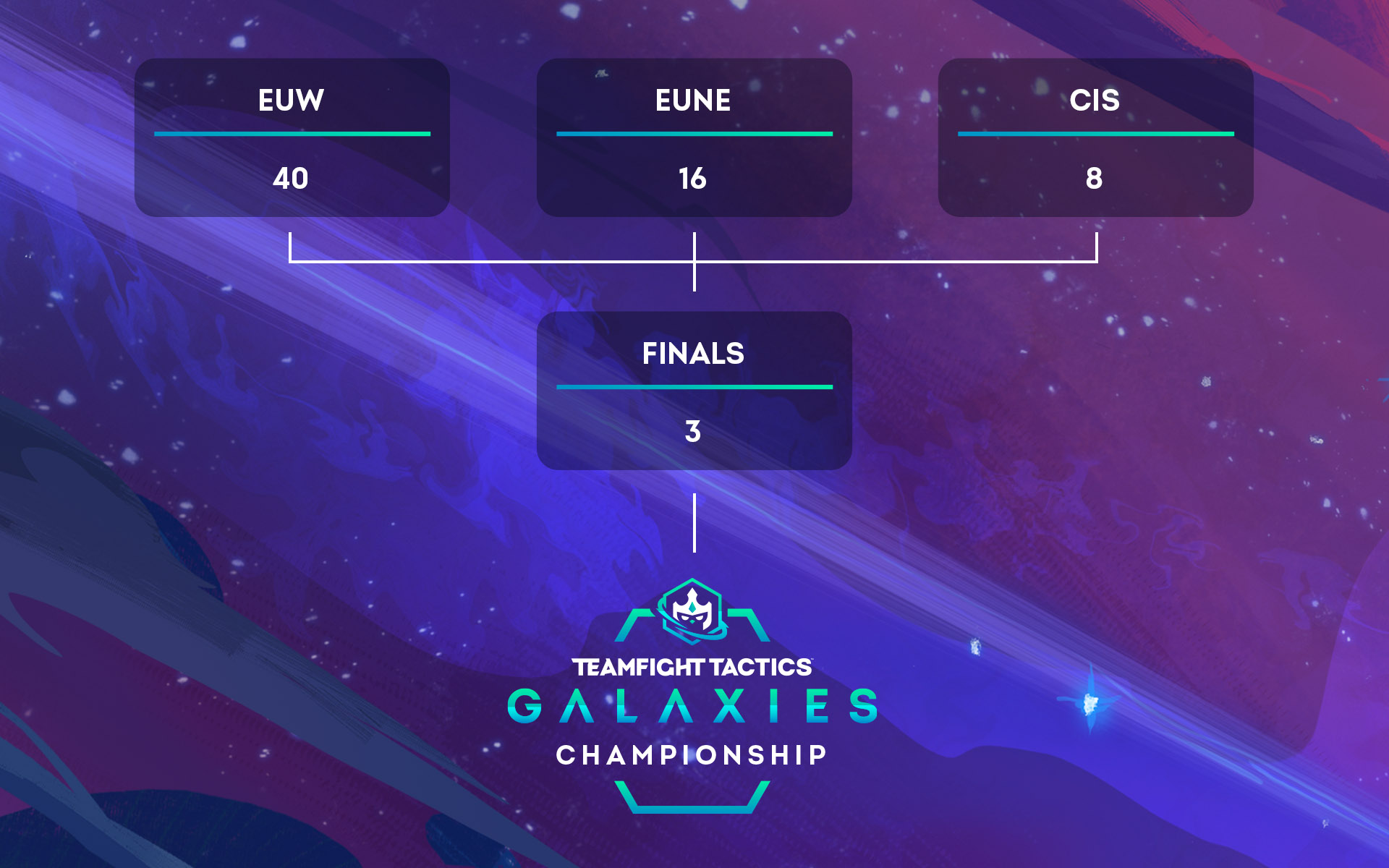 On EUW and EUNE, the qualifiers will begin after the patch on June 9th with a warm-up period until June 15th before the competitive cycle begins on Monday June 15th at 23:01 BST time. Players will have to play a minimum of 10 games every week to earn points which will be rewarded to players depending one where they finish in the ranked ladder at the end of each week. These points will be racked up over a five week period which ends on July 20th at 22:59 BST.

The top 300 players at the end of every week will earn a minimum of five points with a maximum tally of 60 points available to those who finish in the top 10. In the event of a draw, we will look at players’ ladder placement from the last cycle to act as a tiebreaker. Non-eligible players such as secondary accounts or those from other regions will be factored into point totals but will be removed from the final ranking.

Meanwhile on the CIS server, two qualification rounds will be held in July to determine the 8 best players (four from each round) to participate in the European Finals. Top players on the RU server with CIS residence status are eligible to compete in both rounds. More information on the exact dates, timings and format of the qualifiers will be released in the coming weeks so keep your eyes peeled.

Each server will record these rankings individually and we will keep everyone updated with weekly snapshots and ladder rankings. Results will be published on a regular basis to leagueoflegends.com though it may take up to five days after each segment ends for these to be posted.

After going through player feedback, a lot of you feel that the proposed format doesn’t feature enough games to accurately decide the best three players from the final 64 and ultimately, decide which three players will represent our region at the World Championships.

The Galaxies Championship is our first tournament of this kind which is why we want to use this as a learning experience to perfect future iterations of our competitive events. We’ve heard your feedback which is why we have made changes to our finals format which can read about here.

This is just the beginning for the competitive ecosystem of TFT. There will be plenty of third party tournaments in the near future as well as more of our own down the road. We’re committed to bringing high-stakes, competitive gameplay to TFT and its playerbase with plenty of entertainment for esports fans to sink their teeth into.

Eligibility to participate in the European Qualifier is subject to the TFT Global Player Policy.