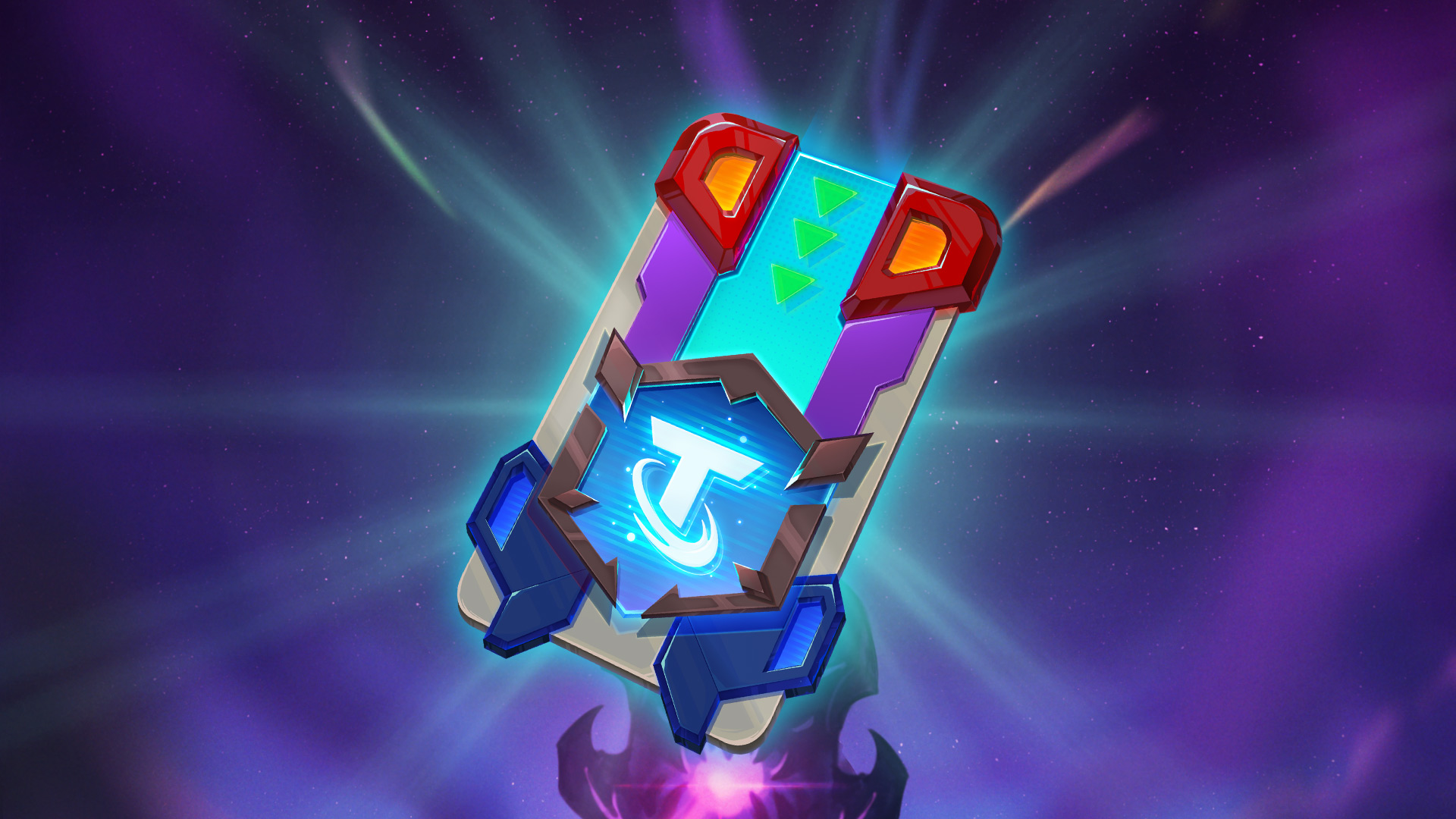 Everything you need to know about the Tacticians, arenas, and the Pass for Monsters Attack!

But Heroes and Monsters aren’t just playable in the set… Some of them are our resident Tacticians! So without further ado, let’s meet them and their city. All content discussed here will all be available for you by 19:00 GMT on the day patch 12.23 goes live!

With the Monsters Attack! Pass, you’ll be able to earn rewards like Little Legend eggs and emotes just for playing! Let the Monsters Attack! Pass be your map to the city as you take in the sights, and pick up cosmetic content along the way. But if you want to immerse yourself in the lifestyle of a Spatulopolite, then try out the Pass+ to unlock the Threat themed arenas, Little Legends, Star Shards, and the Poro-Ranger Headquarters Tier 3 Arena! The Pass+ can be unlocked for 1295 RP, but you don’t have to decide right away, as you can always upgrade to the Pass+ later, and retroactively receive everything you would have unlocked with the Pass+ active.

Just like our Dragonlands Pass+, the Monsters Attack! Pass+ has an Arena that marks your completion of the Pass. The Poro-Ranger HQ is where Poros have taken to the fight against Threats—not with violence, but with heroic project management, organization, and the occasional orbital strike (of love). Celebrate victory and wallow in defeat alongside your crew of Poro-Rangers—just remember to keep your power cores charged up with gold!

Now that we know what comes at the end of the Pass+, let’s meet Super Squad Sprite, who you’ll receive just for unlocking the Pass+. 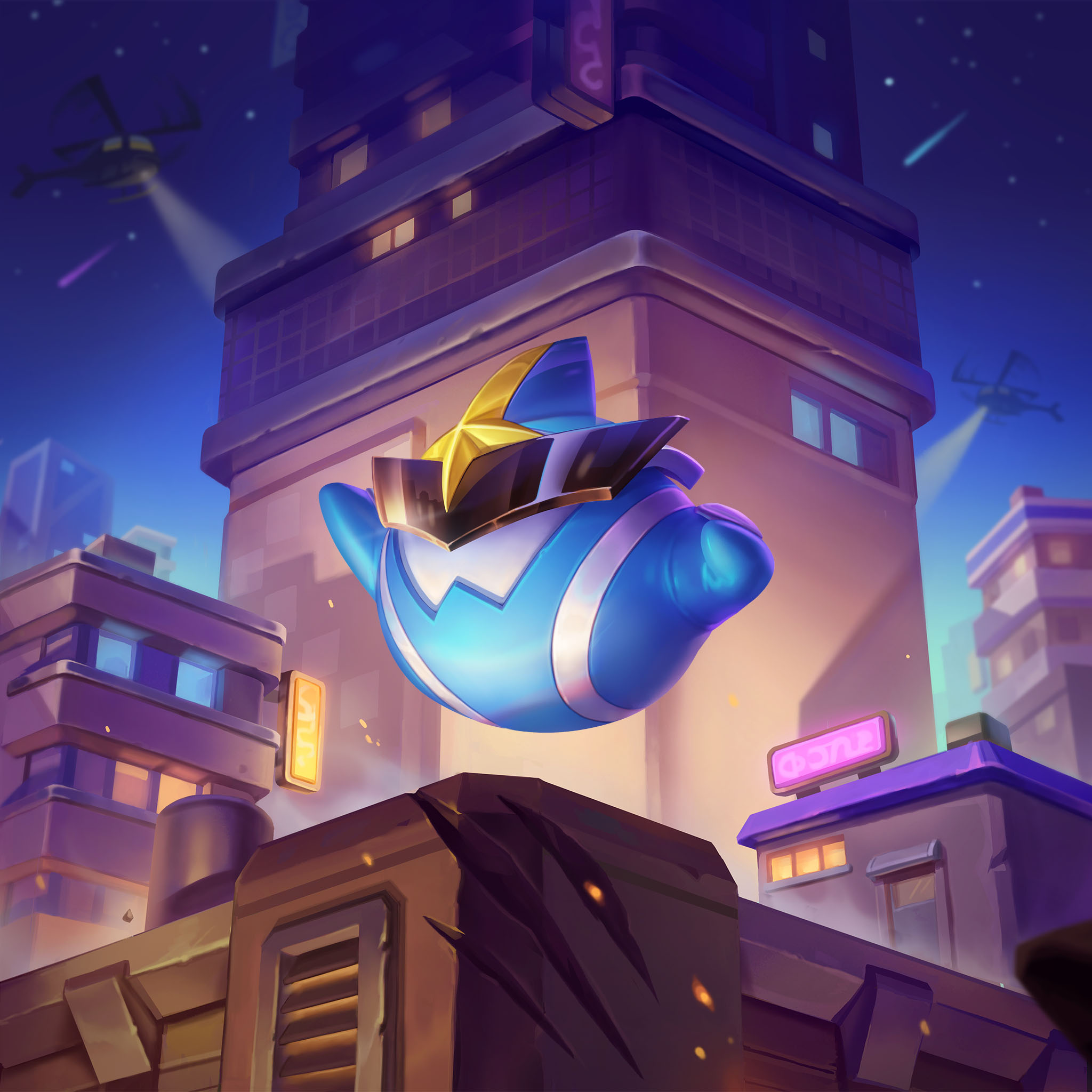 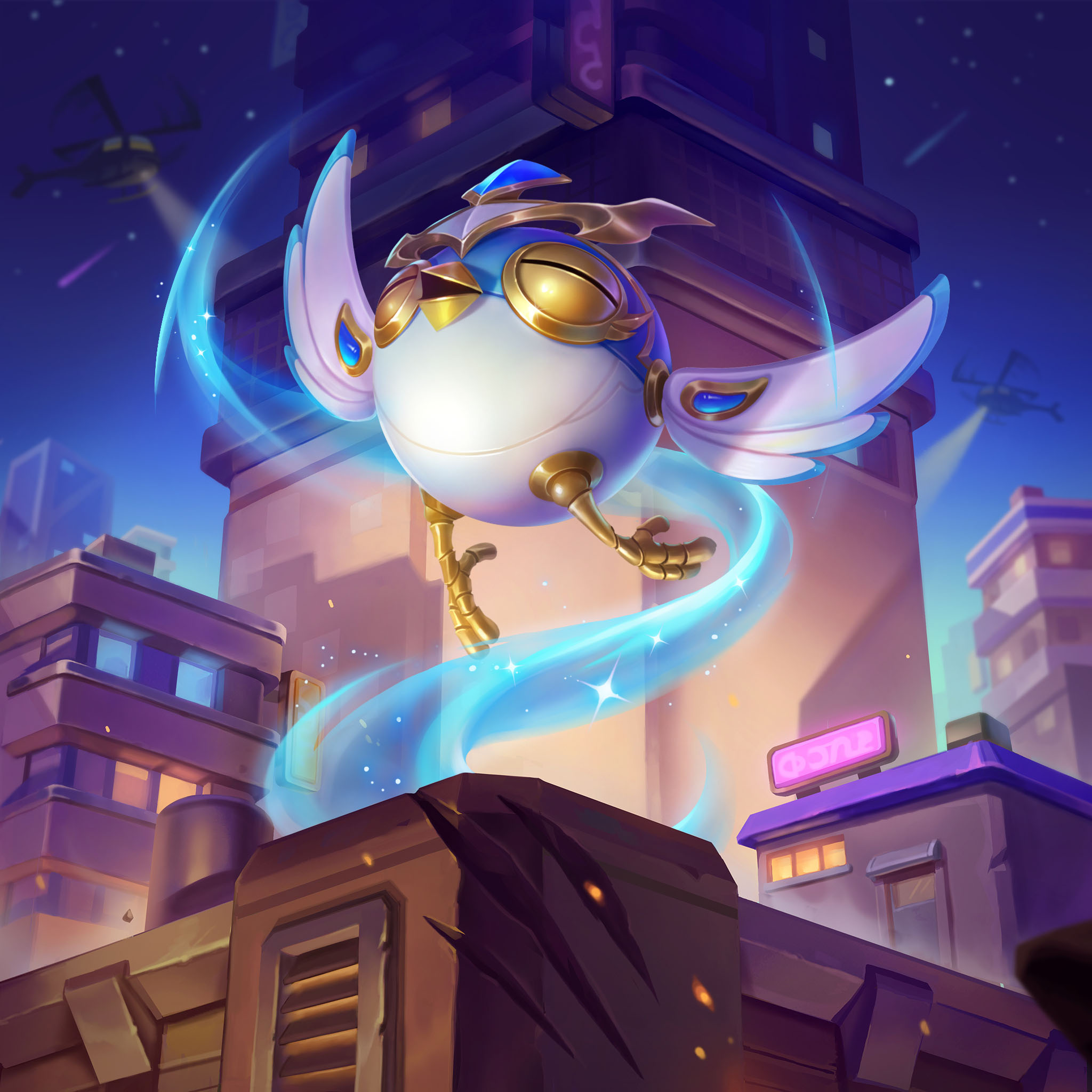 As you explore Spatulopolis and progress your Pass, you’ll unlock a number of heroic booms: Justice Beam, Rocket Punch, Love Love Beam, and Your Ride is Here! A reminder to all heroes: Please check for passengers prior to using vehicles as projectiles.

You can try out these booms across three different Threat-inspired arenas, also unlocked on your Pass+ tour of the city! Check out Threat Level: Nom, OK, and Tentacle below!

Everything Goes On… the Arena

Don't try to make yourself remember the Porter Robinson song, because you can just equip this arena and sing along to it instead.

Our next Mythic tier arena comes with dynamic board elements, ceremonies, and a complete transition to another dimension as you play. It’s also packed with Star Guardian secrets from throughout various Star Guardian lineups! I could say more, but you’re better off just checking it out yourself.

Baron was very nervous to come out this set, but we reassured them that neither DRX, nor Varus, would be in Monsters Attack! Baron is a bit different from other Tacticians—they’re neither a Chibi Champion nor a Little Legend. Baron comes at 3-stars (no need for star shards here) and will have the same visual effects you’d expect to see with other 3-star Tacticians. You can purchase each Baron variant directly for 2500 RP. Check out Baron’s variants below, now with even more game changing impact: Baron, Super Squad Baron, Cosmic Scourge Baron, Odyssey Baron, Star Nemesis Baron, Star Guardian Baron.

Just imagine what the Super Squad Baron buff grants you.

Poor Baron, they can never really get away from Smite. If you pick up the Batch of Barons bundle from the store you’ll get each of Baron’s variants alongside the chance to Smite back with the Smiteback boom—the only Smite that never misses.

Monsters Attack! also brings a brand new Chibi to the mix! Chibi Lux is here to make light of your enemies through high-powered laser beams and a can-do attitude.

You can pick up Chibi Lux directly from the shop for 1900 RP and she’ll come with her signature boom, Final Spark, that you could equip to other Tacticians too if they’ve packed the necessary sunblock. 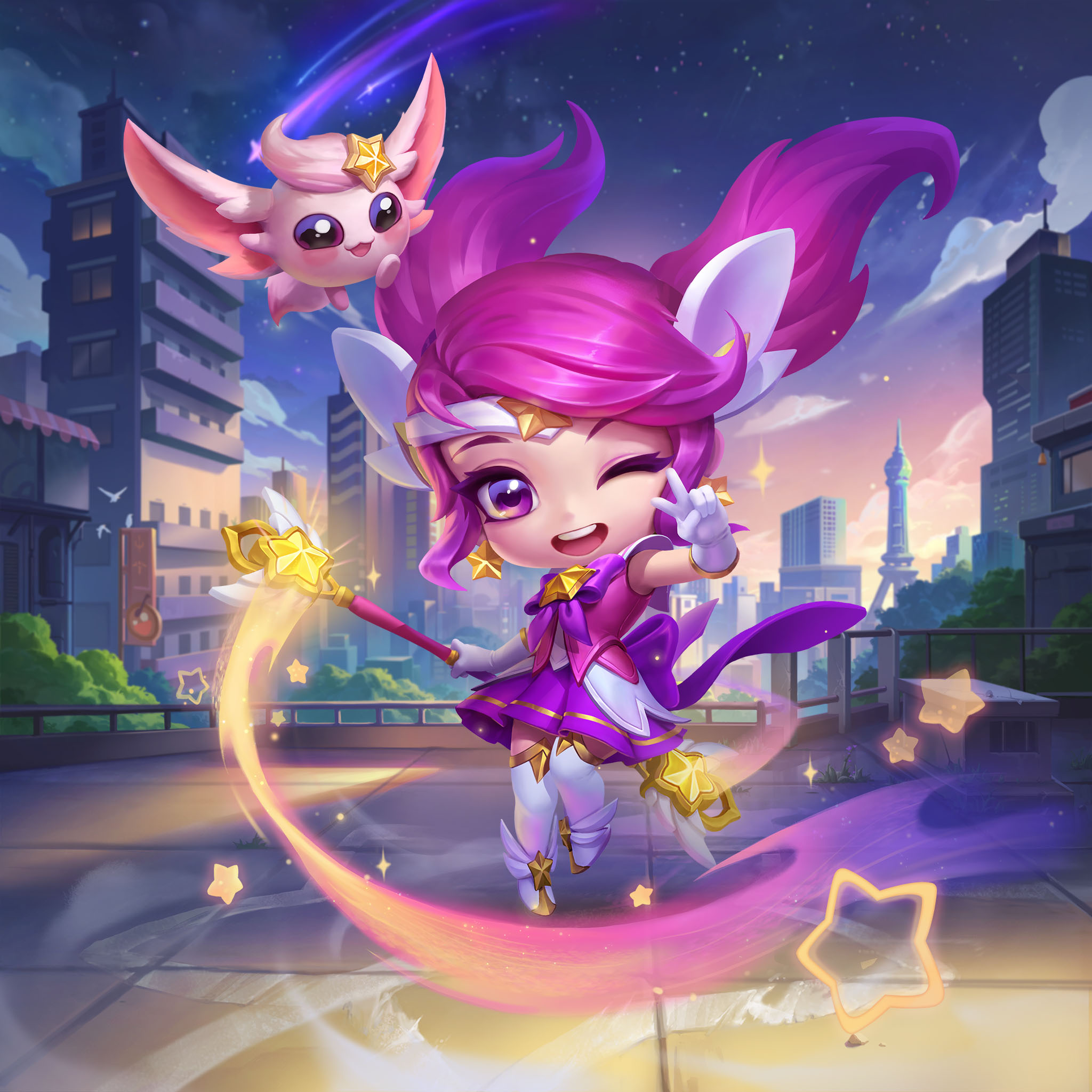 If you want to be worthy of the First Star’s call, pigtails are a good place to start. Chibi Star Guardian Lux’s finisher brings you along for a colorful magical girl transition that your opponents will never forget—because it’ll be the last color they see all game.

You can get Chibi Star Guardian Lux as a rare drop (2%) from Lux’s Radiant Chalice (390 RP/TC), also available in bundles (of joy). Chalices that do not contain the uncontainably positive Star Guardian will be full of previously released Little Legends, including our newest troublemakers, Whisker and Grizzle. Chibi Star Guardian Lux has a pity drop at 61, similar to the Everything Goes On Arena.

With Dragonlands coming to a close, I’m willing to bet you're ready to spread your wings and fly to the next set. But let’s briefly acknowledge your successes! We’ve got a whole host of ranked rewards to distribute throughout patch 12.23, the release patch of Monsters Attack!

First off, if you placed Gold or higher in Uncharted Realms (the second half of Dragonlands) then you’ll get a celebratory emote to represent your rank! 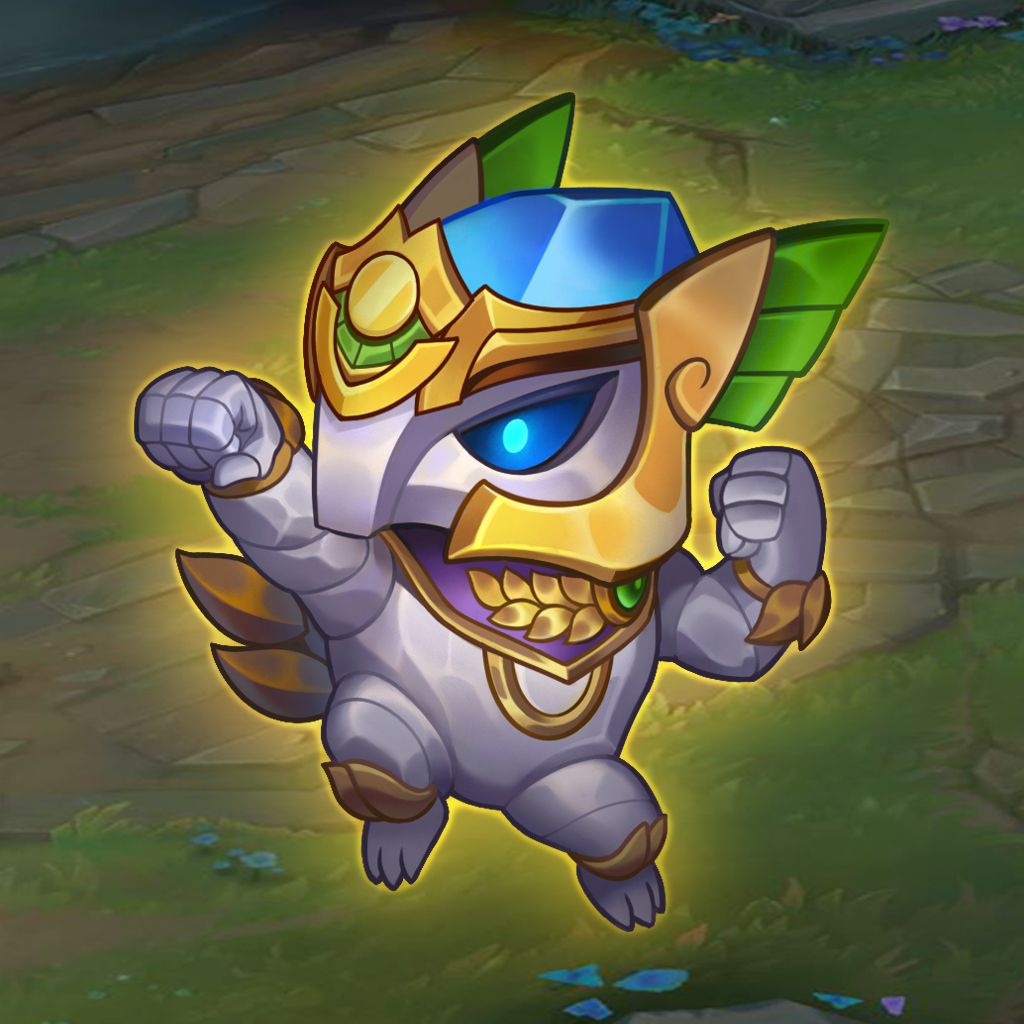 And for those of you starring up Dragons as a team, if you obtained Double Up Gold or higher, then you’ll get the following emotes to celebrate with your partner(s)!

But don’t stop reading yet! If you finish Blue, Purple, or Hyper tier in Hyper Roll, then you’ll get another emote to flex with! Now that’s hype.

That’s it for the moment, but while I have you, be sure to check out our Gameplay Overview and Set Mechanic Overview articles! Finally, I know your busy schedules make it tough to keep all the dates for our release straight, so we had an artist mock this up for you! 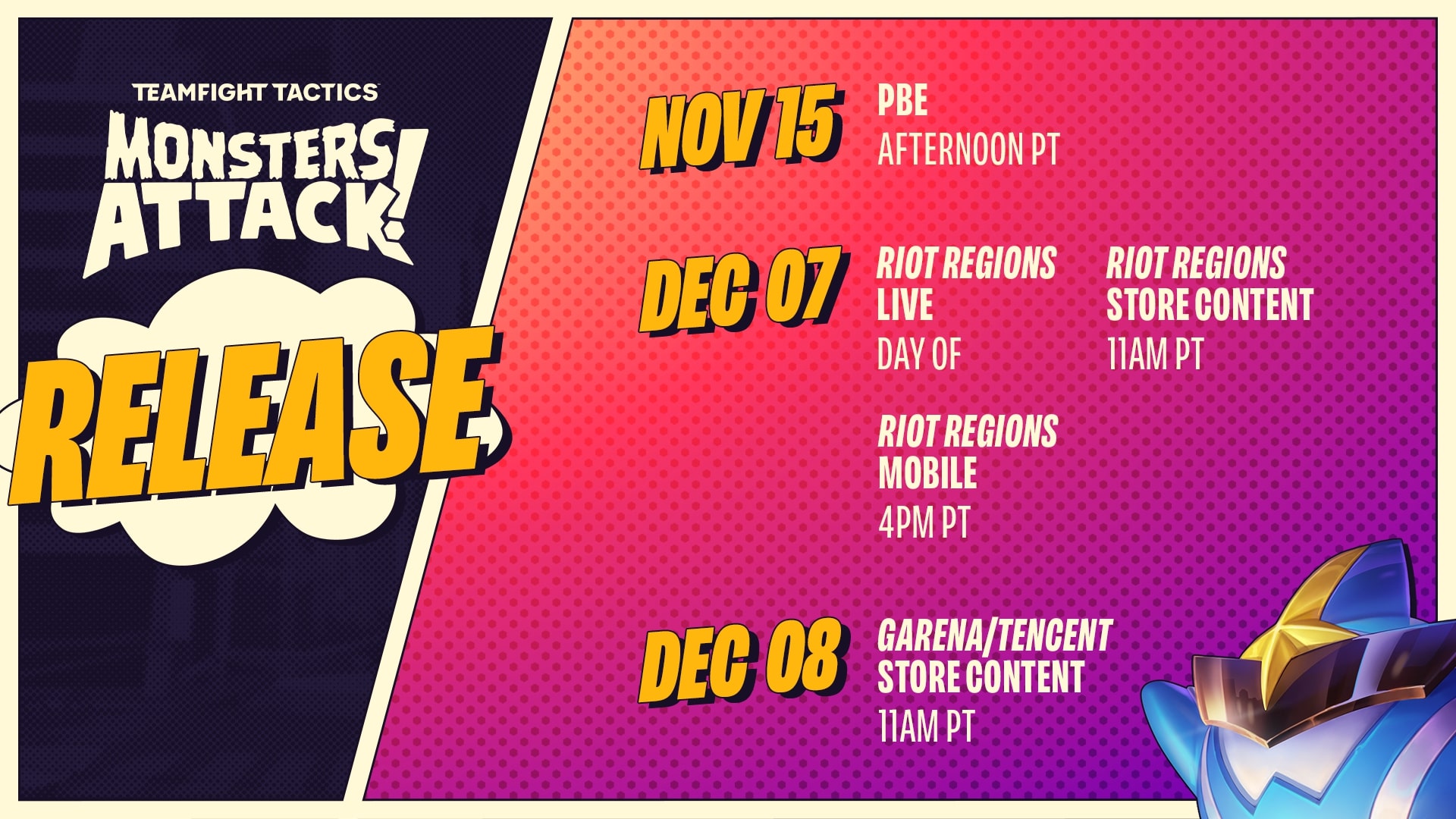