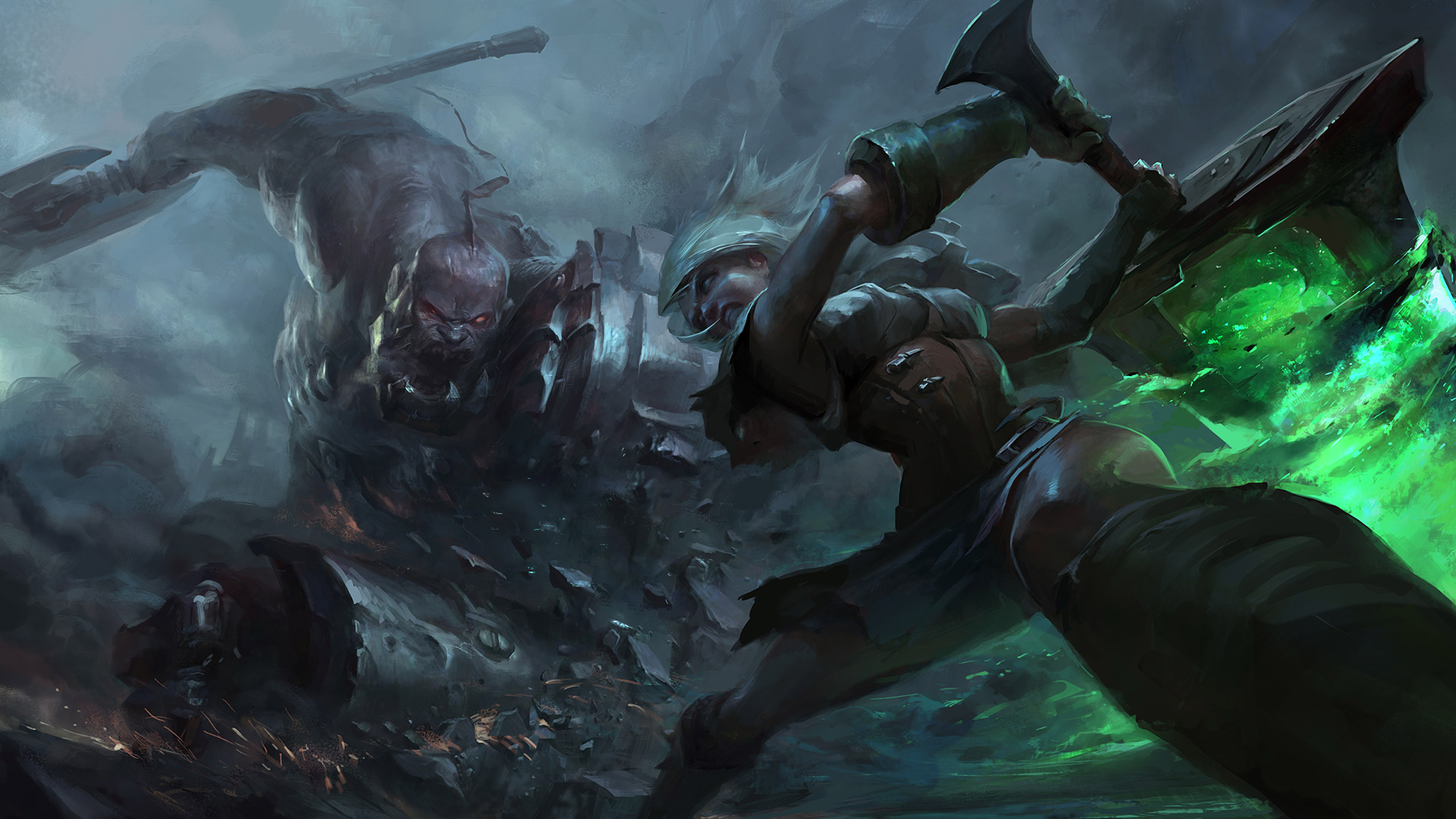 But have no fear, your handy dandy cheat sheet here: the big snapshots of this patch include a refresh button for Xin Zhao and an overall reduction targeting systemic healing (i.e. from runes and items). Staying alive is one thing, but it’s a problem when certain champs start feeling invincible.

Once you’re done hitting the books, hit the rift, ace the enemy team, and school your opponents. We’ll see ya next period patch.

And for those of you who hate studying, take this portal to TFT patch notes to check in on a universe where school’s out forever. 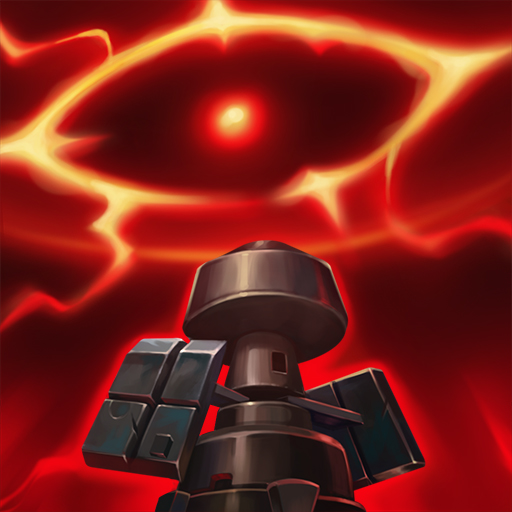 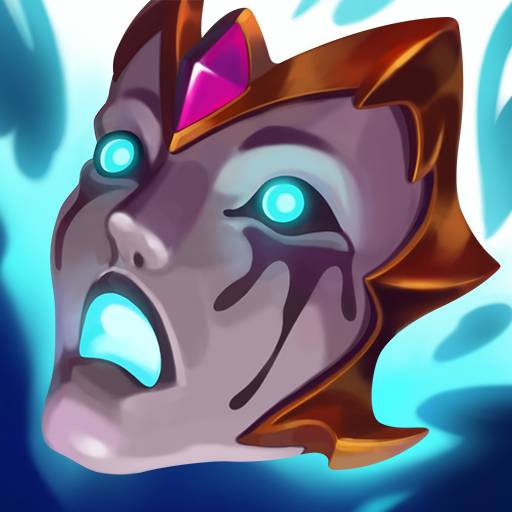 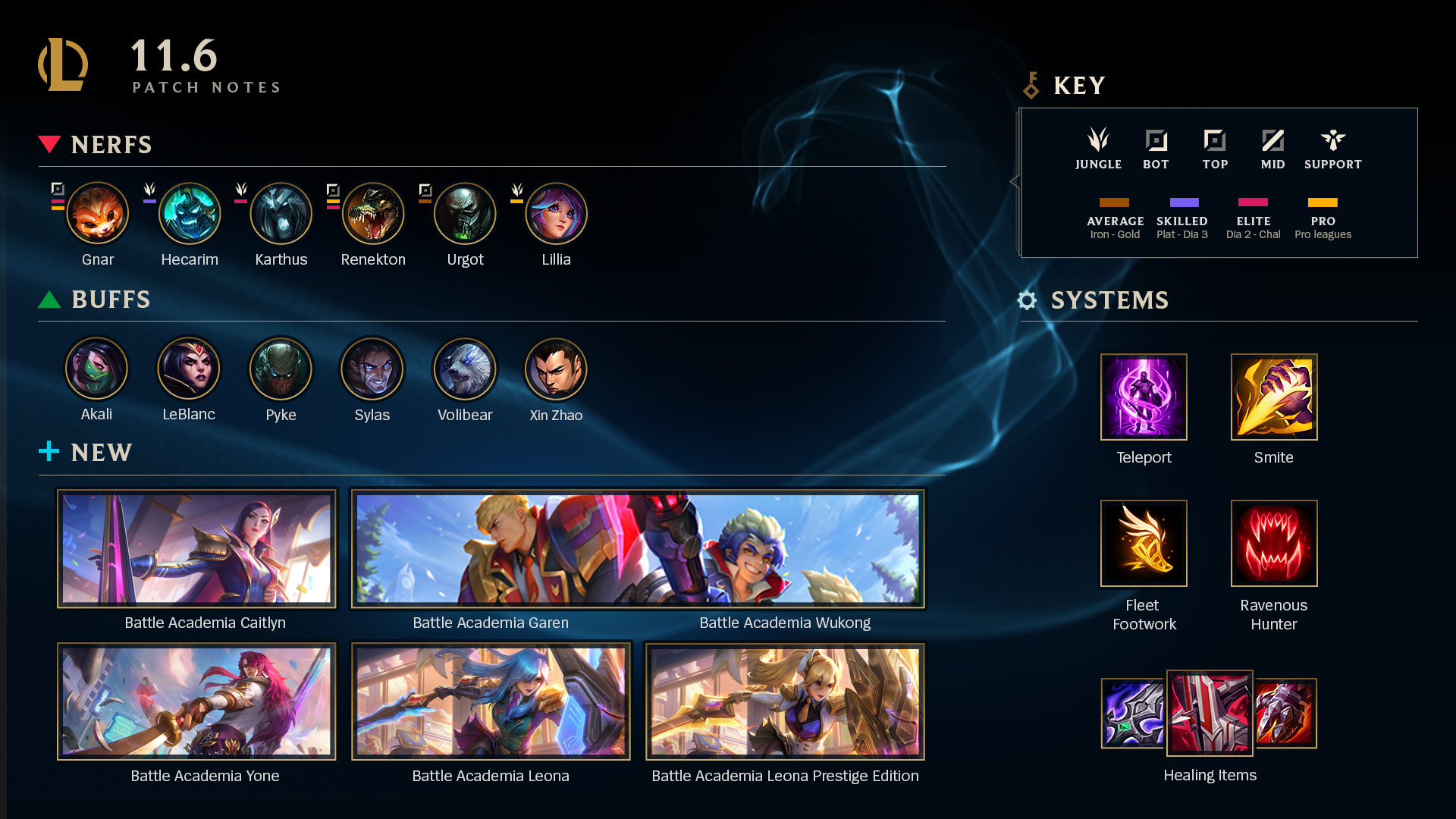 From the start of most games, Akali is able to wield her durability to help her coast through even the most difficult early lane phases. We’re reducing her early game tankiness so that her laning success isn't always guaranteed, but in return, we’re giving her an overall net buff with later dueling payoff, so that when she strikes, it’s deadly. In addition, we're also making her energy management more intuitive so that if you’re just now picking her up, it doesn’t take so much… energy?

Despite being mini, Gnar has been mega in Pro play, so we’re pulling back on his in-lane harass.

Hecarim has been at peak pony in the jungle for a while, especially with tankier builds. By lowering his base damage, he’ll have to sacrifice some heft to deal more harm.

Karthus is particularly temperamental to changes in the meta, so he’s become a familiar face in the patch notes. This time around, with players refining his optimal builds, he’s crept back into the spotlight in Elite play, so we’re bringing down his damage.

LeBlanc has been feeling chained down and could use some help finding success. We’re opening up more opportunities for her to dash in and out of a kerfuffle.

Since she entered the ring, Lillia has managed to prance her way out of any nerfs while still remaining a staple in professional play. With many of her competitors falling out of favor, it's time for her to get Eep!ed. Her ultimate has AoE fight-changing capabilities, so we're bumping up its cooldown to reflect its potency..

Pyke has been in the deep end ever since we submerged mid Pyke in 11.5. Now that there isn’t a huge skew towards mid over support, it’s finally time to help him resurface by giving him a rankup that has some oomph.

As a strong pick for late-game survivability in skirmishes and teamfights, this croc has been up and down the block in Pro play. We’re cutting down his late-game tankiness so that his enemies have a fighting chance to find his Achilles’ scale.

Sylas has been feeling underwhelming and boxed in, and he’s at a point where we feel comfortable breaking him out. Giving him more opportunities to slip, slap, and slash, without breaking the (healing) bank.

The change to Urgot in patch 11.4 was meant to make squishier Kraken Slayer off-builds more viable, but he’s veered off course, scuttling over to rush Titanic Hydra instead. We’re reverting his on-hit modification to steer him away from the off-build altogether and help him hone back in to his primary build.

There have been reports of bears, horses, and deer running amok in the jungle, but after thorough investigation, Volibear has been deemed innocent of all jungle gap wrongdoing. If anything, he's been the victim. We're waking him out of his jungle hibernation to enjoy the new season.

We're shipping two sets of changes to Xin at once: One focused on his core AD fighter build and one to open up an AP off-build. This is a long one, so to make it less of a Xin ow, we’ve broken his patch notes up accordingly.

First, the AD Xin we all know and love: a Demacian warrior with a strong spirit and an even stronger spear. As a brawler who uniquely excels at skirmishes, we’re sharpening his distinctive strengths by giving him tools to extend combos and initiate duels. With new, creative ways to get to his enemies, he’ll feel more empowered or, dare we say, audacious, to dive into teamfights and skirmishes.

But wait, what if Xin wants to change things up a bit? Put down the spear and don a wizard hat instead? Before his rework, AP Xin Zhao occasionally made the rounds as a fun off-build with a distinctly different playstyle from his AD counterpart. These changes are geared towards bringing AP Xin back into play, but we still expect his AD-focused builds to come out on top.

The amount of systemic healing—or healing from runes and items—is still trending high, so we’re shifting some of the power from burst healing into other areas.

Blade of the Ruined King

updatedBLOODLUST After dealing damage to or taking damage from an enemy champion, the first stack heals you for [2% for melee | 1.2% for ranged] of maximum health, decreasing by 50% per stack afterwards, over 6 seconds.
BUGFIX Fixed a bug where Sterak's Gage's Bloodlust passive would not heal the user for each champion they were in combat with

We’re aiming to open up more potential AP Mythics by making Liandry and Luden’s more usable across mages. These changes should entice burst mages to pick it up when facing tanky team comps. 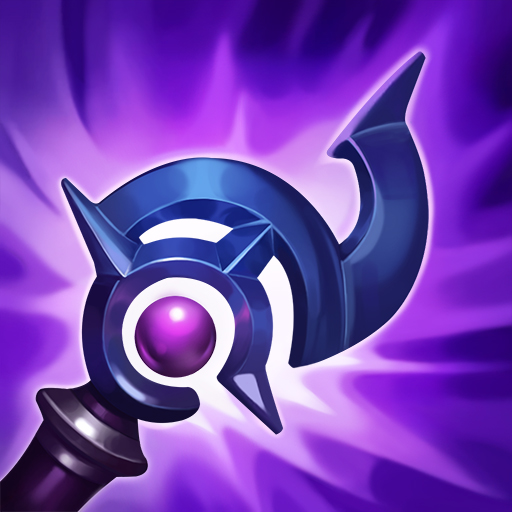 Like Liandry’s above, we’re adding another AP Mythic to the mix. This should be a better option for mages who deal damage over time. 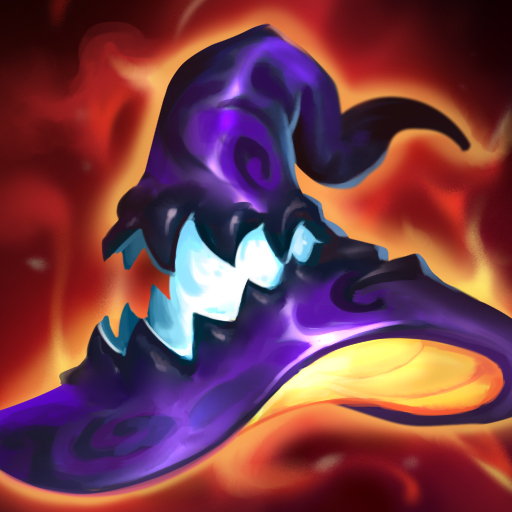 Looking to make Rabadon’s a more snug and budget-friendly fit as a third purchase. 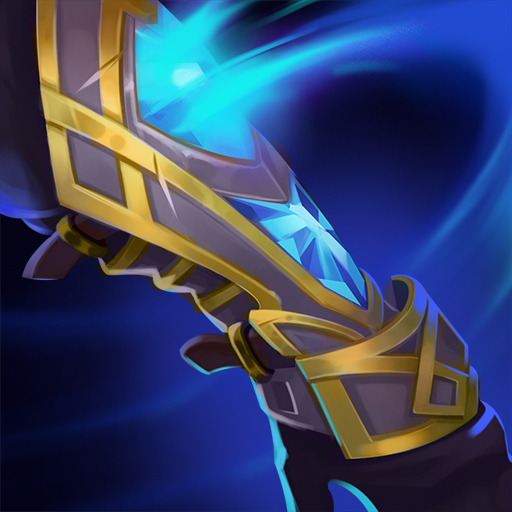 Seeker's Armguard and Verdant Barrier have been doing their job a bit too well, keeping AP scaling champs too safe as the laning phase progresses, which masks their intended weaknesses and contributes to a particularly dull meta. We’re adjusting the strength of these mid-tier items, while retaining the power level of the Legendary items they build into (Zhonya’s Hourglass and Banshee’s Veil). 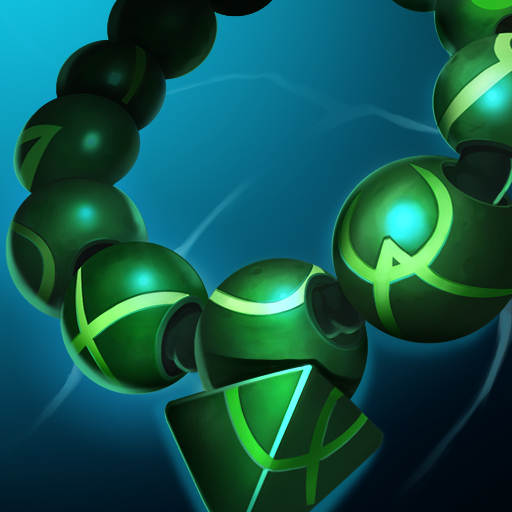 Seek up to Seeker’s! Like the above, we’re nudging down Verdant’s power while keeping its final item strength. 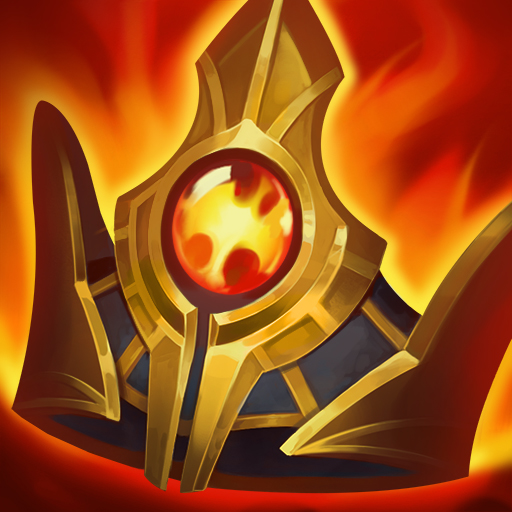 By the numbers, Moonstone Renewer has been the dominating choice among enchanters, so we're buffing Battlesong to be an even catchier tune than it already is. 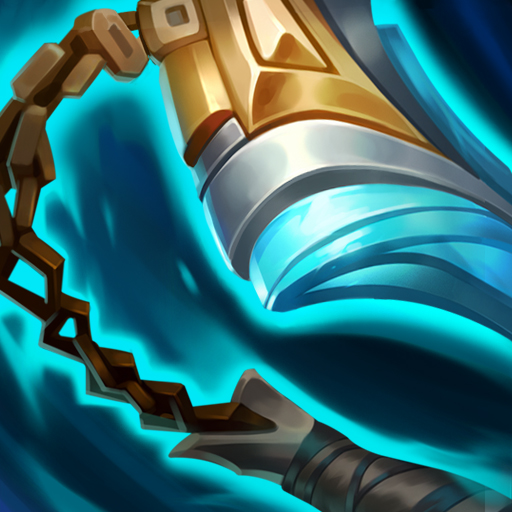 It’s time for Stridebreaker to take a break. 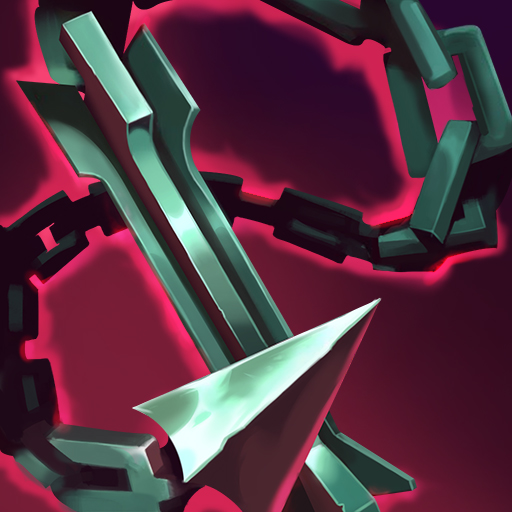 Strangely, Stridebreaker had a longer cooldown than Ironspike, so we’re rectifying that. We’re also bringing down its cost to account for its power loss. 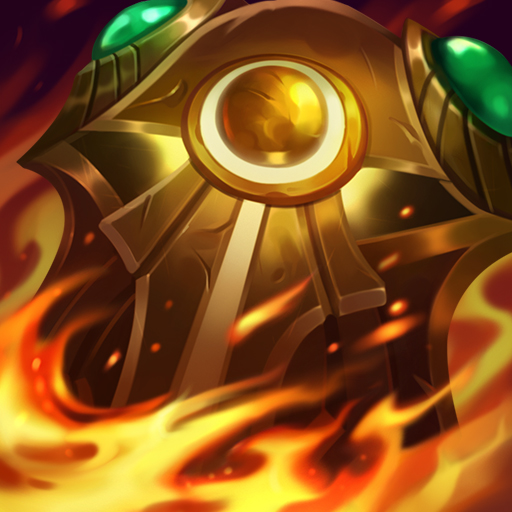 Now that players are starting to realize other tank Mythics are reasonable options, we feel comfortable giving back some of Sunfire’s oomph, considering it has been the worst performing item among its peers for a while. 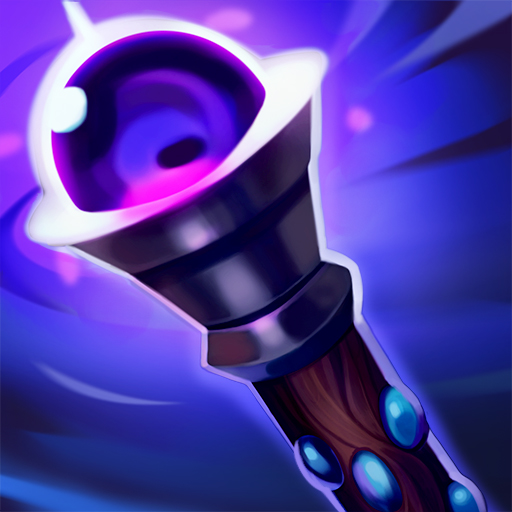 With a strong passive and low cost, we’re making it worse as an early rush item.

The last set of jungle changes took a sufficient amount of experience out of the jungle, so we're refunding some of it with a buff to Smite (below) and good ol’ Gromp. This should now fix a certain route to help junglers get to level 3 after 3 camps, and keep them alive. 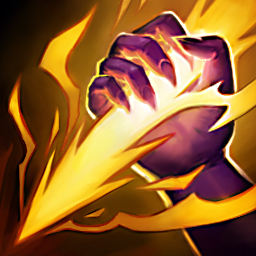 Alongside Gromp’s buff and the hit to Ravenous Hunter, we’re adding an extra healing bump by giving some base healing to make it less treacherous for the junglers who are less tanky and struggle to sustain themselves. 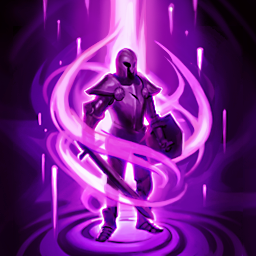 Addressing unintuitive and frustrating scenarios around Teleport, such as Teleporting and zooming right back into lane after an early death. In compensation, we’re giving it a buff to maintain its power as a playmaking tool. 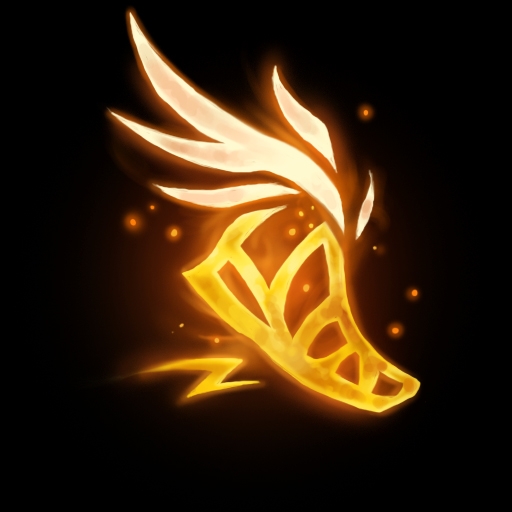 Although useful on a number of champions, this rune is a bit too generous with its sustain for AP champions, so we’re targeting that. 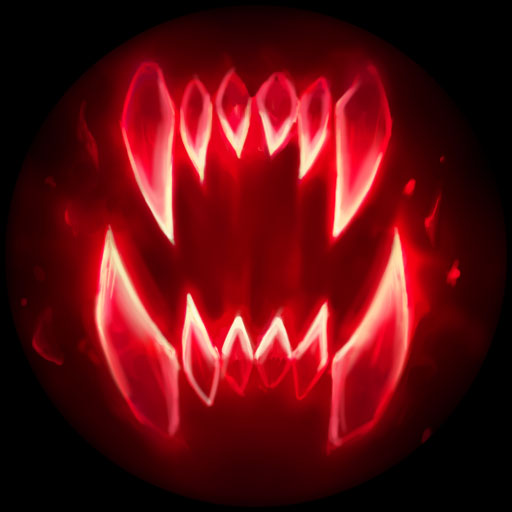 Another change under the umbrella of healing adjustments: Ravenous has been standing out as a strong rune of choice for secured sustain, so we’re giving it a tap down.

removedBASE OMNIVAMP Ravenous Hunter no longer has a base of 1% omnivamp
OMNIVAMP PER STACK 1.7% ⇒ 1.5%

The shop is pretty certain it can hit Gold this year if it puts the hours in. In the meantime, here are some updates.

Last year, we published an article that talked about the upcoming change and rollout for DX11, and it’s finally here! In case of issues during the rollout, we've given players the option to fallback to DX9, which can be found in the League Client settings > Game Options > Prefer DX9 Legacy Mode. 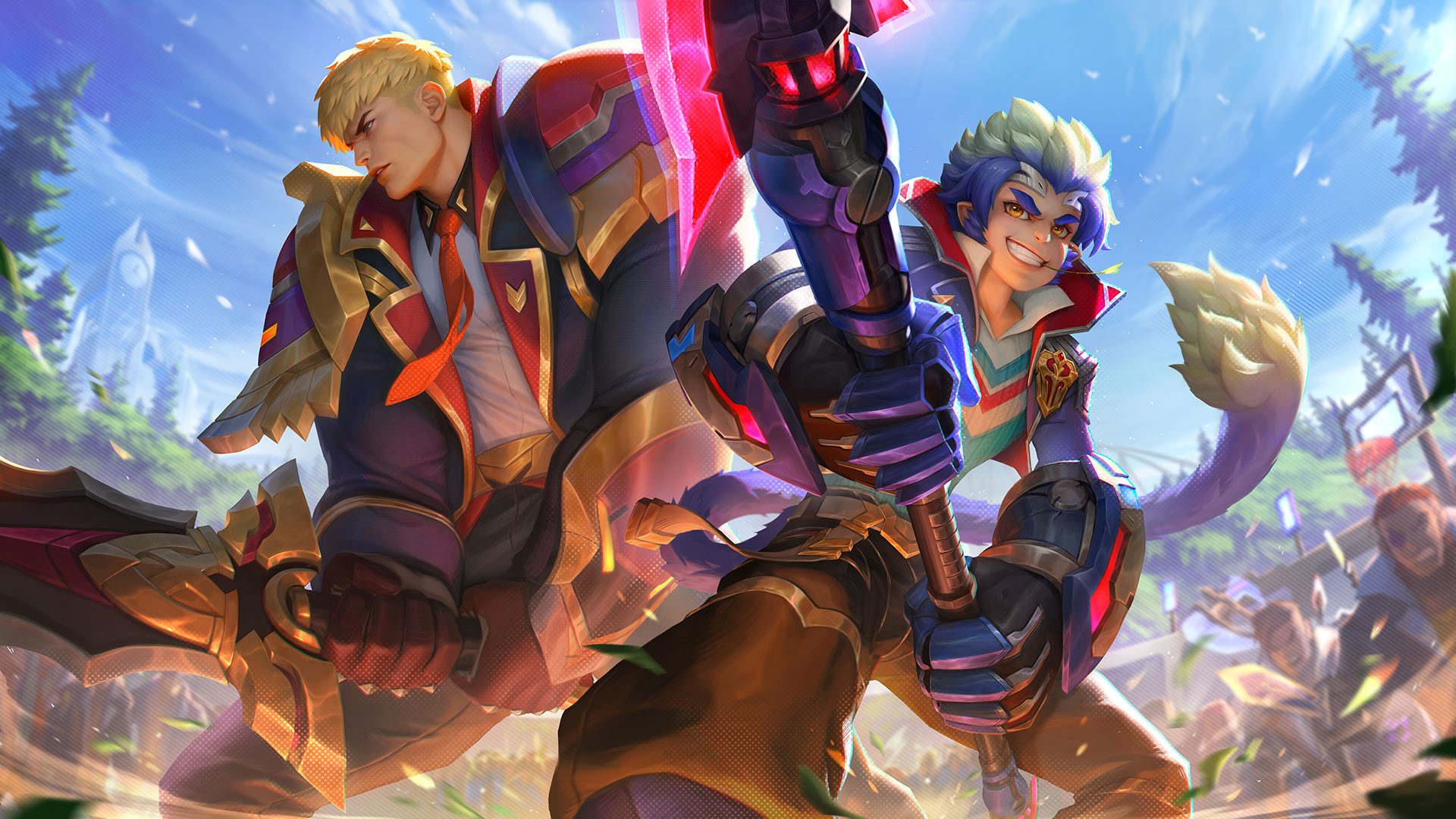 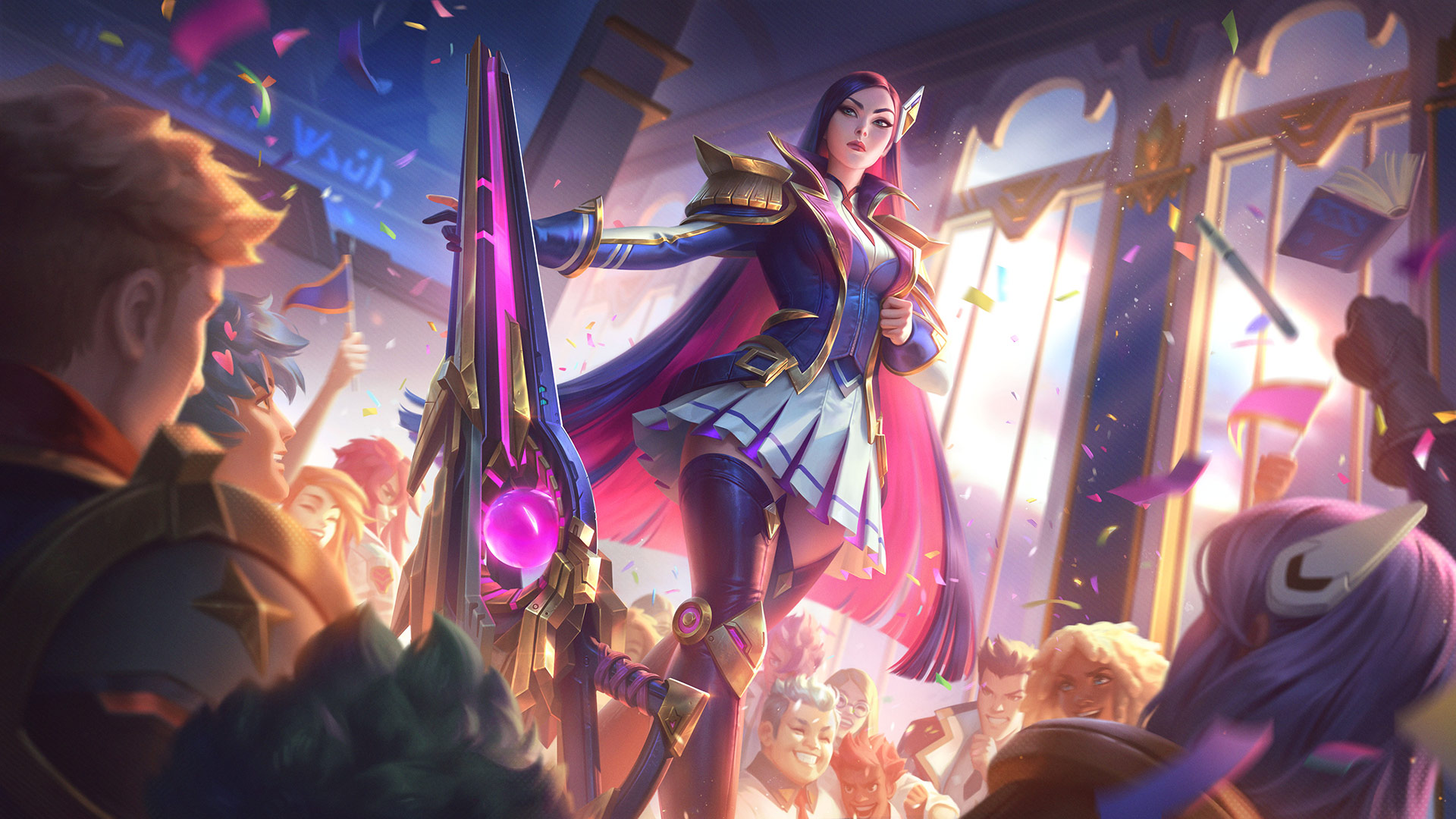 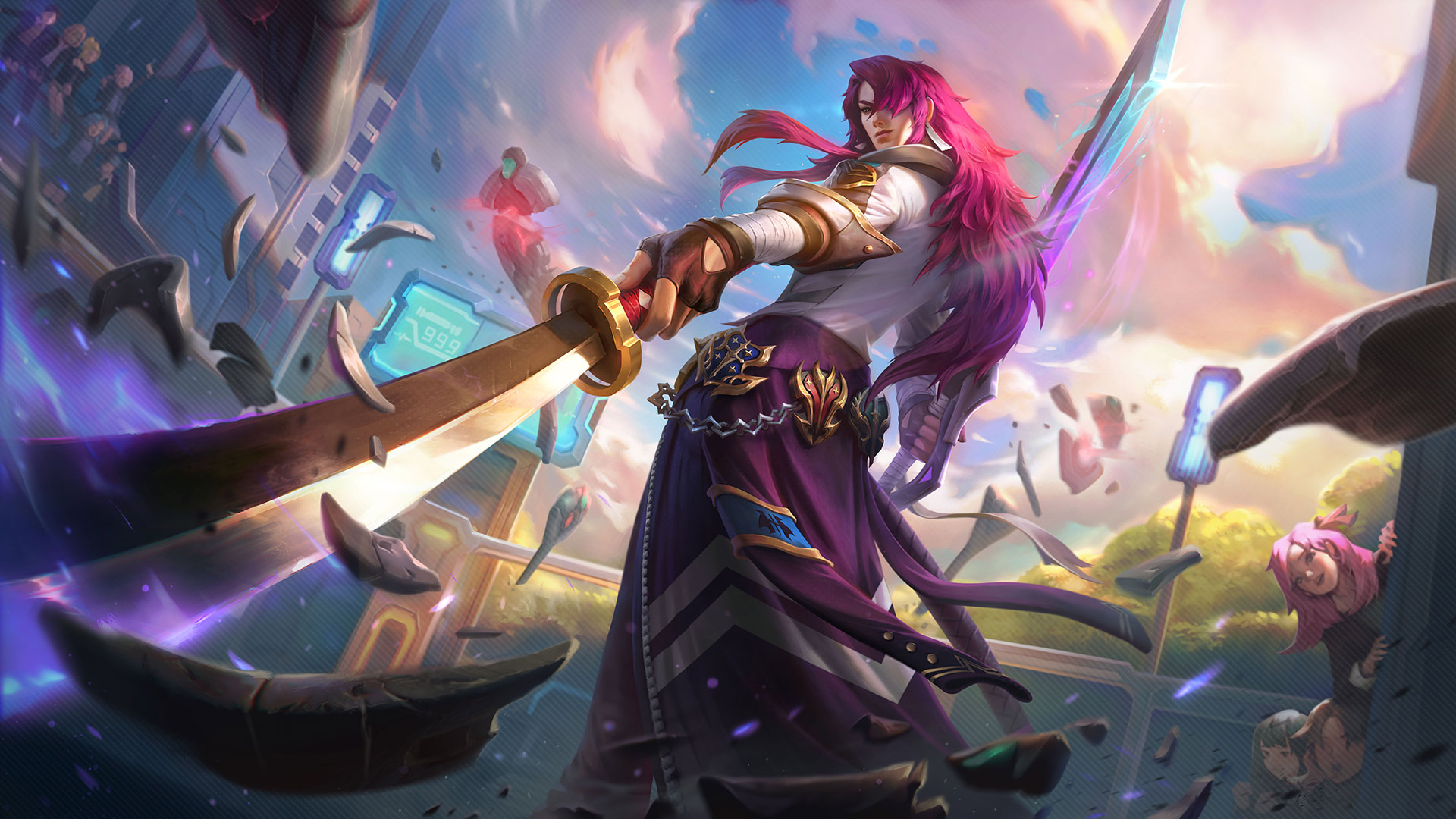 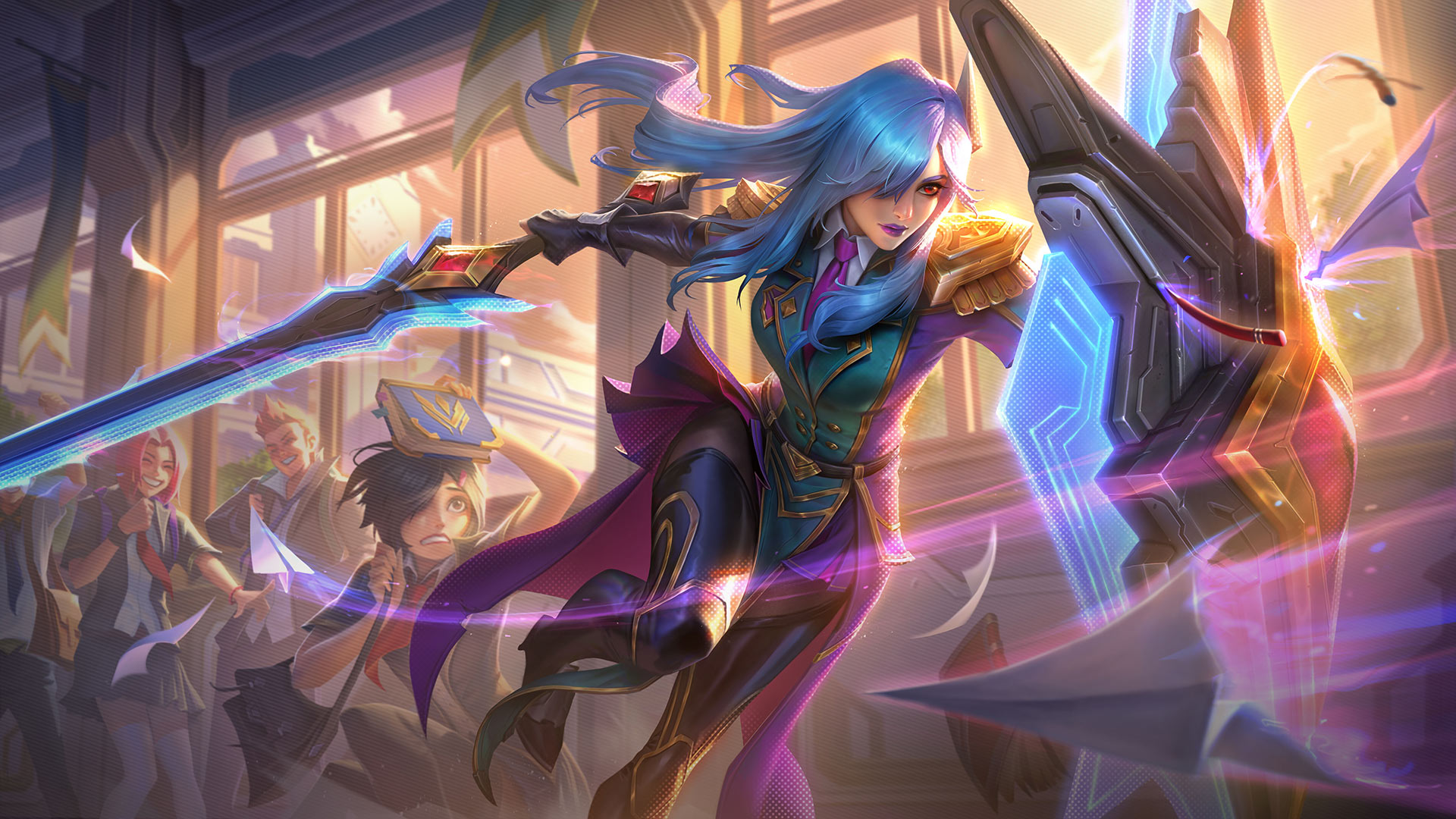 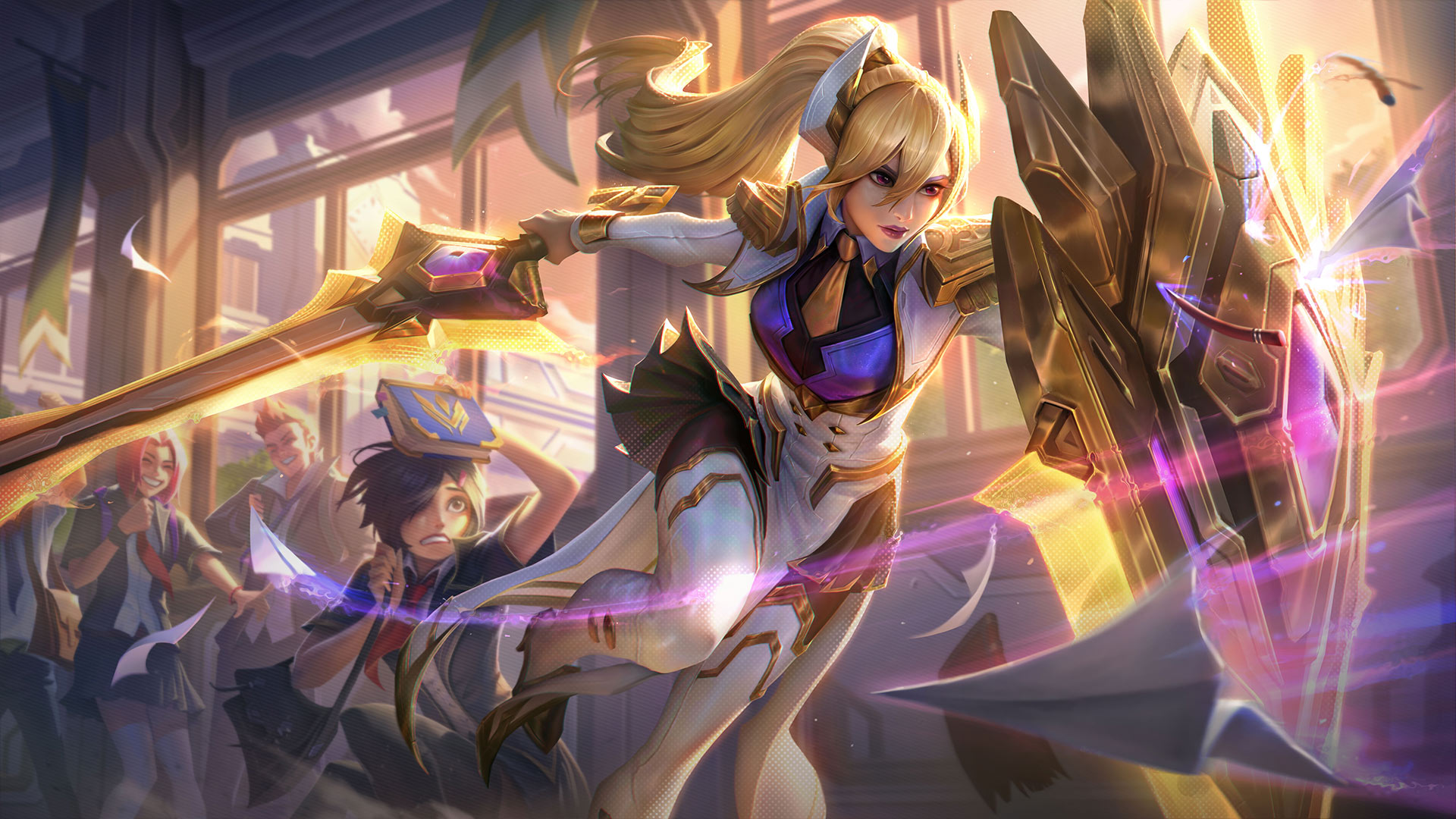