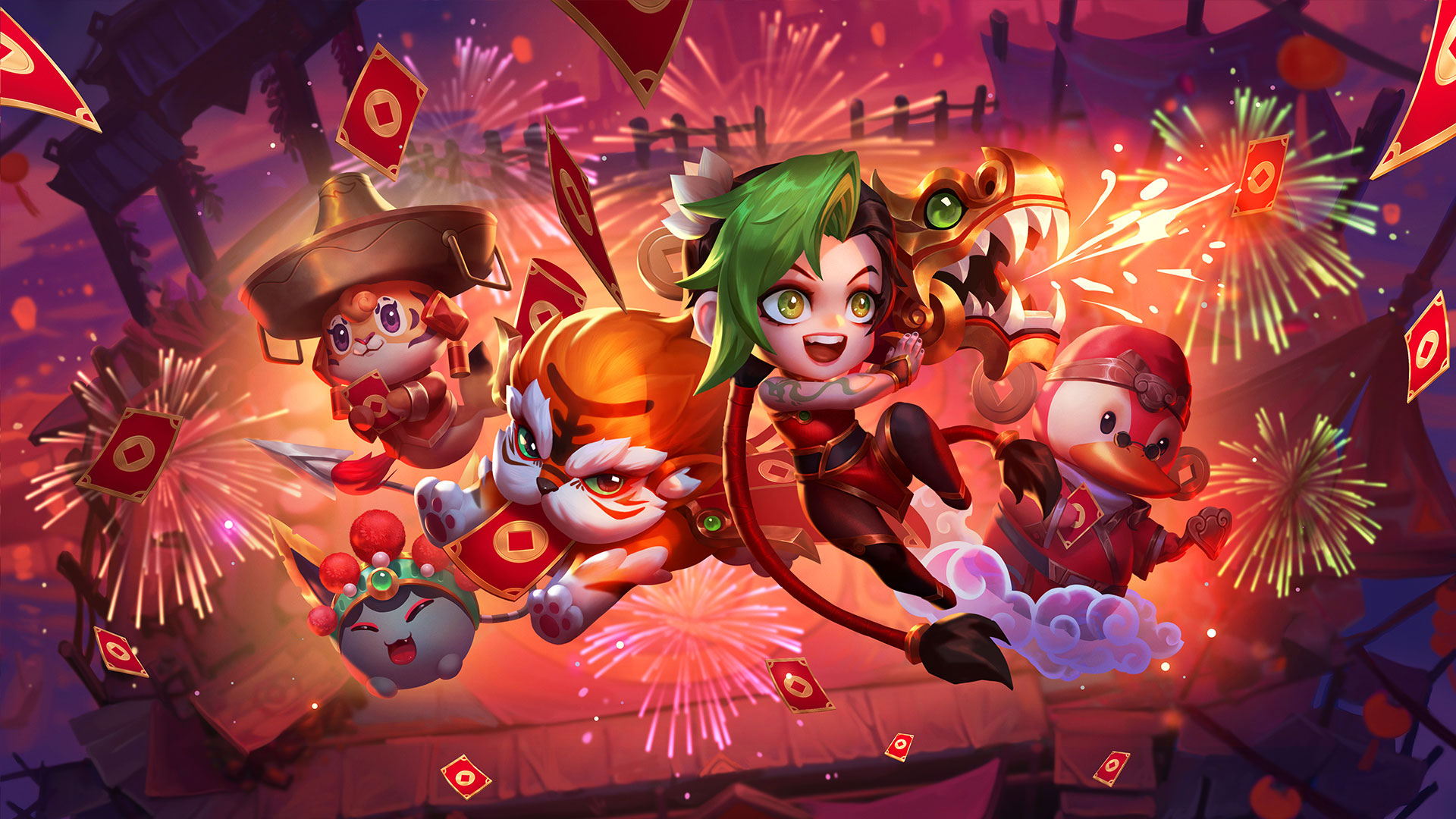 Game Updates
The Gifts of the Golden Lantern Event Overview

How to participate in our first ever Lunar Legend Festival Event, Gifts of the Golden Lantern!

What you get, and how to get it, during our first ever Lunar Legend Festival Event: Gifts of the Golden Lantern!

Each year, Tacticians from all over the Convergence come together to celebrate during the Lunar Legend Festival. Come patch 12.2 (live January 20th) we’re invited to join them in a new TFT Event, Gifts of the Golden Lantern, where we’ll gather the perfect gift for each of our favorite Tacticians, help them solve riddles, and light lanterns—oh, and we’ll also get some gifts for ourselves along the way! In this article we’ll be going over the general framework of the event, but if you want to know more about all the new content coming during the festival, click here!

Participating in the Event

With Gifts of the Golden Lantern coming in patch 12.2, you can expect a certain adorable Duckbill to invite you (along with a number of other Tacticians) to the Lunar Legend Festival. The Festival is a time for Tacticians to come together and celebrate where they’ve come from, where they’re going, and where they are right now: together! To accept the invitation, just hop into a game! 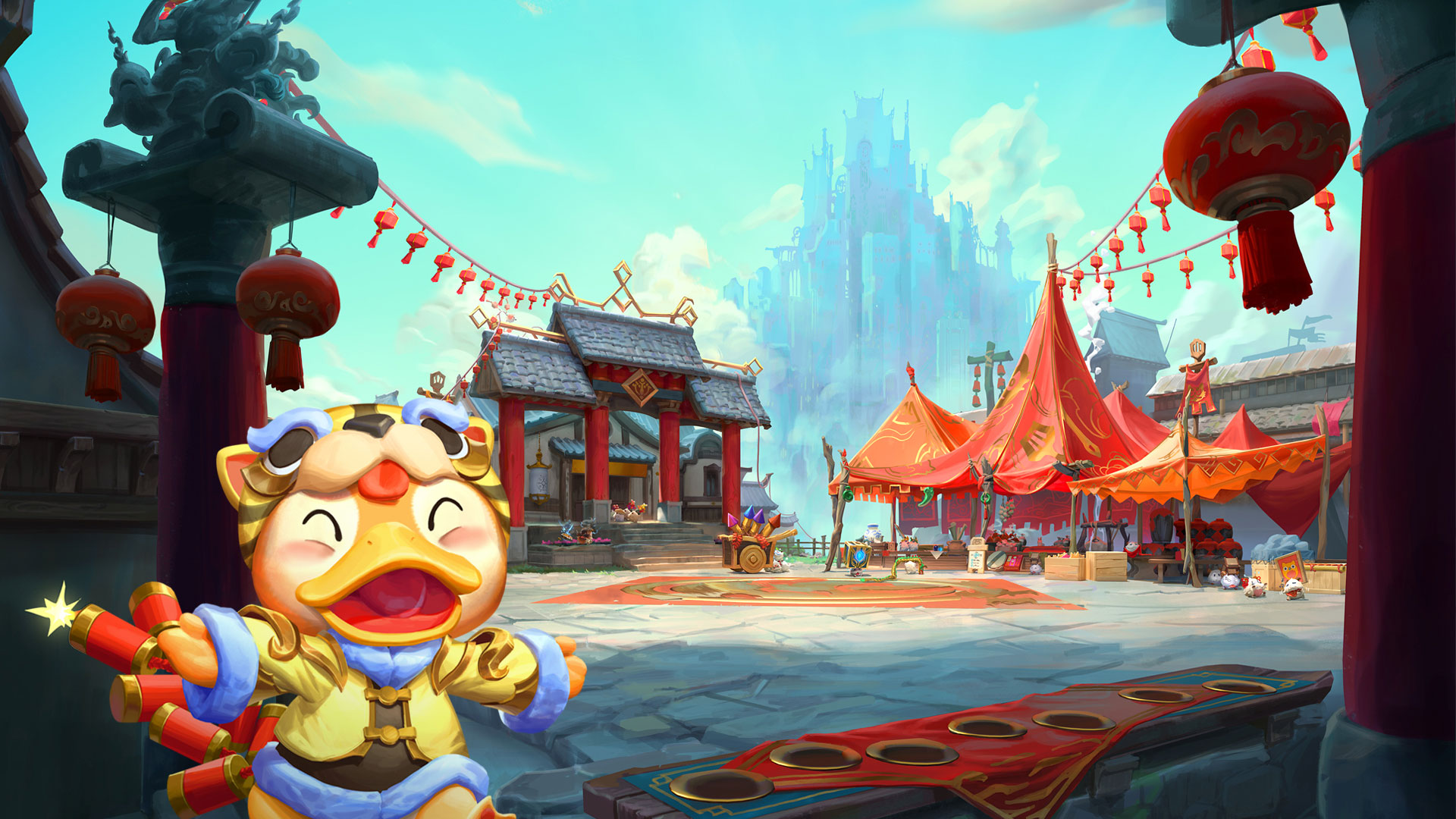 After accepting the invite, it’s time to meet the Tacticians at the event and start collecting gifts. Chat with Year of the Tiger Protector, Porcelain and Lucky Noodle Dowsie, Lucky Lantern Dango, Lunar Beast Choncc, Firecracker Duckbill, and Firecracker Chibi Jinx to find out what they might want for the festival. Then, embark on various in-game missions to assemble your gifts. Some missions are relatively easy, like running Scrap to repair parts for Duckbill’s Hopecopter 3000 (that’s their helicopter btw). Other missions might be a bit more challenging, but I have full faith in your ability to succeed!

But just because you’ve gotten gifts for each Tactician doesn’t mean we’re done yet! Before any present opening and lantern lighting can happen, we’ve gotta help these Tacticians answer riddles. The answers may seem obvious, but they won’t come that easy—a few gameplay related missions might help you find the answers. And once you can help solve their riddles, the Tacticians may just have a reward for you as well. I hear that Dango’s gift is higher-quality than even those non-fungible jpegs.

Not only will you get priceless gifts from Tacticians, but you’ll also get rewards throughout the entire festival!

Not that you needed any more motivation than a free hug from Choncc, but if you complete the event and its corresponding missions, you’ll collect the following rewards: 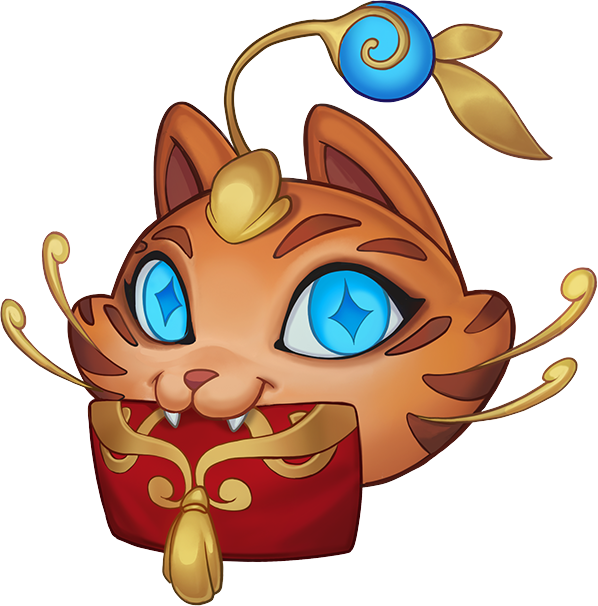 The event, and it’s associated content will last from the start of patch 12.2 to the end of patch 12.3. Curious as to what you’ll get in each of those eggs? Well, do I have an article for you that goes into the contents of our bundles, Year of the Tiger Egg, and Festival Firecracker! Oh—one last thing to add. On PC, you’ll need to go to the event hub in order to claim missions and rewards; but on mobile, missions and rewards will be claimed automatically.

Okay, that’s it for now. Time to work on my own gift giving list for the event!