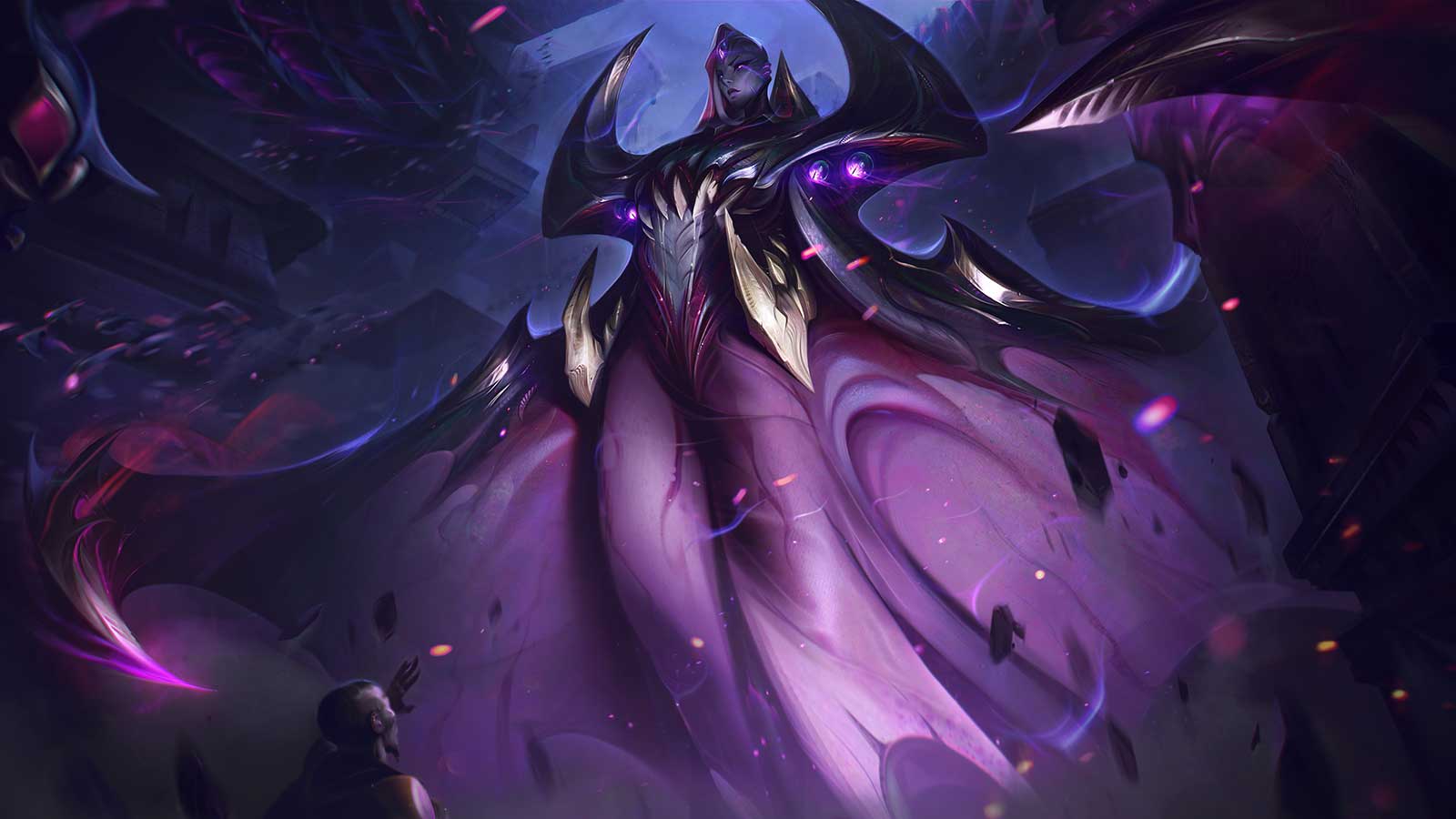 Hi everyone! We’re the audio team that composed Bel’Veth’s theme and brought you into the sonic depths of the Lavender Sea. We’ll talk about how we captured the deception and horror of Bel’Veth and deepened the musical identity of the Void. Plus, we’ll share how a dying laundry machine clicked its way into the theme.

Hi! I’m Jason Walsh. I’m a composer on the Riot Music Team writing music for League of Legends, TFT, and Wild Rift. Some of the music I wrote includes Psyops, Project 2021, Vex’s Champion Theme, Burn It All Down, and most recently Bel’Veth!

When I begin working on a champion theme, I find it useful to start thinking about what questions I’d want answers to. Things like “How is Bel’Veth supposed to make you feel?” or “What does this champion represent?” General questions like this are great to ask people on the narrative, gameplay, and marketing teams to get a holistic idea of the champion and start drafting up music ideas.

Design and thematic is everything. With Bel’Veth being the first Void champ in a while, we wanted to make sure her theme was not only bringing the character and feeling of Bel’Veth to players, but developing a deeper musical identity for the Void.

I instantly latched onto a few things about Bel’Veth’s design and story after reading Jared “Carnival Knights” Rosen’s Pinwheel. I wanted to convey the regal and queen-like qualities she has, the alluring and peaceful, yet dead and decaying beauty of the Lavender Sea, and the underlying alien horror that created it.

Hello! I’m Ludvig Forssell and I’m a composer working out of Tokyo, Japan. In the past I’ve worked on titles such as Metal Gear Solid V: The Phantom Pain, DEATH STRANDING and most recently I wrote music for anime legend Mamoru Hosoda’s new film Belle.

Writing a champion theme in many ways reminded me of writing a song. The process was much more centered around finding the essence of a character rather than a situation. Instead of trying to progress a story within the confines of a few minutes, I was more focused on pouring the soul of Bel’Veth onto a canvas.

One huge creative connection I was really excited about doing musically was incorporating twisted and fragmented “human” musical elements into the music. Bel’Veth’s birth stems from the death and destruction of the whole city of Belveth—like a black hole consumed everything and everyone and spit out corrupted fragments. In the music we hear these woozy, alien-sounding strings and mangled voices, reflecting the aftermath of what remains after the city was consumed.

I wanted to create the sound of a creature mimicking human sounds in order to present itself as something it’s not and lure its prey closer. To represent this with sound I wanted to use classical instruments like strings, but played in a way that interprets classical writing but doesn’t quite understand it or disregards the theory behind it.

The idea was to have something that sounded like “interpreted humanity.” Think of how artificial intelligence interprets human faces: You can tell who AI-generated art is trying to show you, but it doesn’t look quite right. The strings in Bel’Veth’s theme are supposed to feel this way—like they were pieces picked from random places and forced together, some reversed and completely unnatural while still feeling regal. In terms of harmony, I completely threw out the rulebook in terms of scale and key and instead opted for a mostly chromatic 12-tone scale approach.

The Lavender Sea, with its twisted version of reality, fed the idea of this approach—we twisted and combined strings and human voices with all manner of things to create her theme.

One of the most unconventional pieces of hardware we used was my dying washing machine. It’s been making this erratic rhythmical clicking sound and I remember thinking I wanted to try and make sense of its rhythm. In the same sense here, you have something creating something “musical” while not understanding it itself. So I sampled it and it became the core of how rhythms for this theme work in a somewhat unusual way. 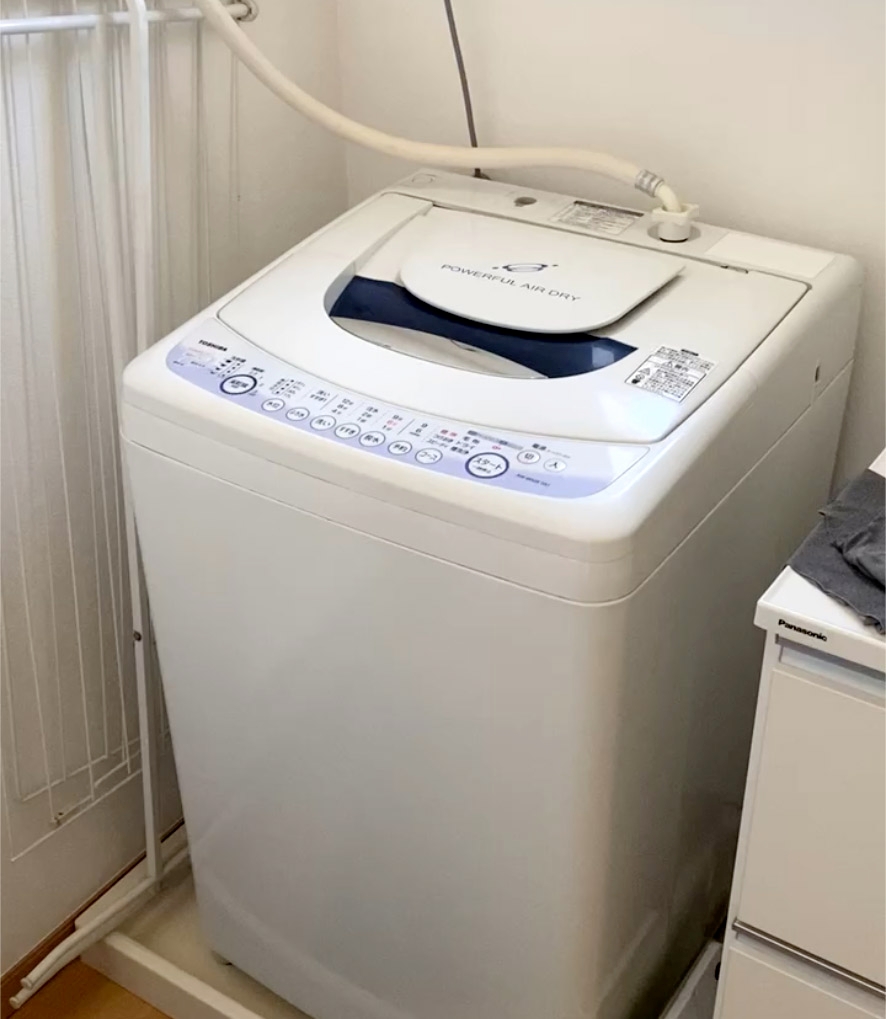 I also recorded my own stomach sounds to give a sense of this song all taking place “in the belly of a beast.” Jason was quite impressed with my malnourishment. Jason combined this with sound design on modular synths to create the undulating and gurgling sounds familiar to the Void.

For Bel’Veth, I wanted to co-write the Champion Theme with another composer so that it would sound like the amalgamation of our styles: part Ludvig, part me, all Bel’Veth.

I felt it was important to work with someone who was equally skilled in both traditional and synth focused composition, but furthermore has an ear for weird, dark, narrative-driven music. When we first began working together, I had initially passed some of my early concept work over to him full of processed vocals and synth basses, and it was so awesome to get back a bunch of new material that seamlessly worked in my concepts. We hit the ground running from there.

I remember in his first demo, Ludvig thought up this really nice gesture that was an introduction before we got into the melody and substance of that version. It hit me so strongly that I built around that and made adjustments to let the melody breathe more, making each moment feel more important while luring the listeners in. We were stoked on how memorable and haunting it felt.

Collaborating when writing music isn’t an easy thing to do; you need a lot of trust between all parties involved as there has to be give and take. Ideally you can be in the same room experimenting together, but with me being in Tokyo and Jason being in Los Angeles, we weren’t able to work in the same space. We also had a huge time difference between us.

I think the fact that we got the infrastructure in place for us to easily and constantly be in touch and share ideas helped make the process very smooth. Jason was able to help me understand what we were aiming to do and even though we’ve only known each other for a short while, we were able to work together as if we’d been friends in the same band since high school. 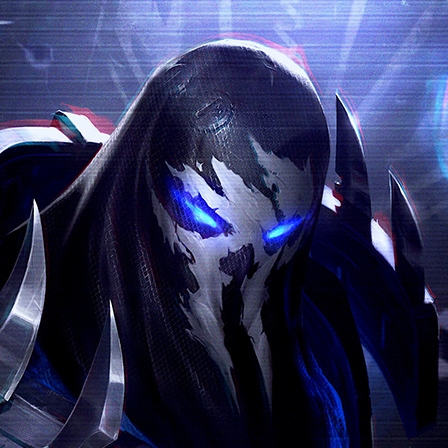 Riot Breezee
Composer ― Jason Walsh
Riot Breezee is a composer working on League of Legends, TFT, and Wild Rift. An avid nature boi and reader of waveforms. Whether he’s sitting in a dark studio or walking around what forests Los Angeles pretends to offer, you can be sure he’s reverse engineering synth wubs in his head.