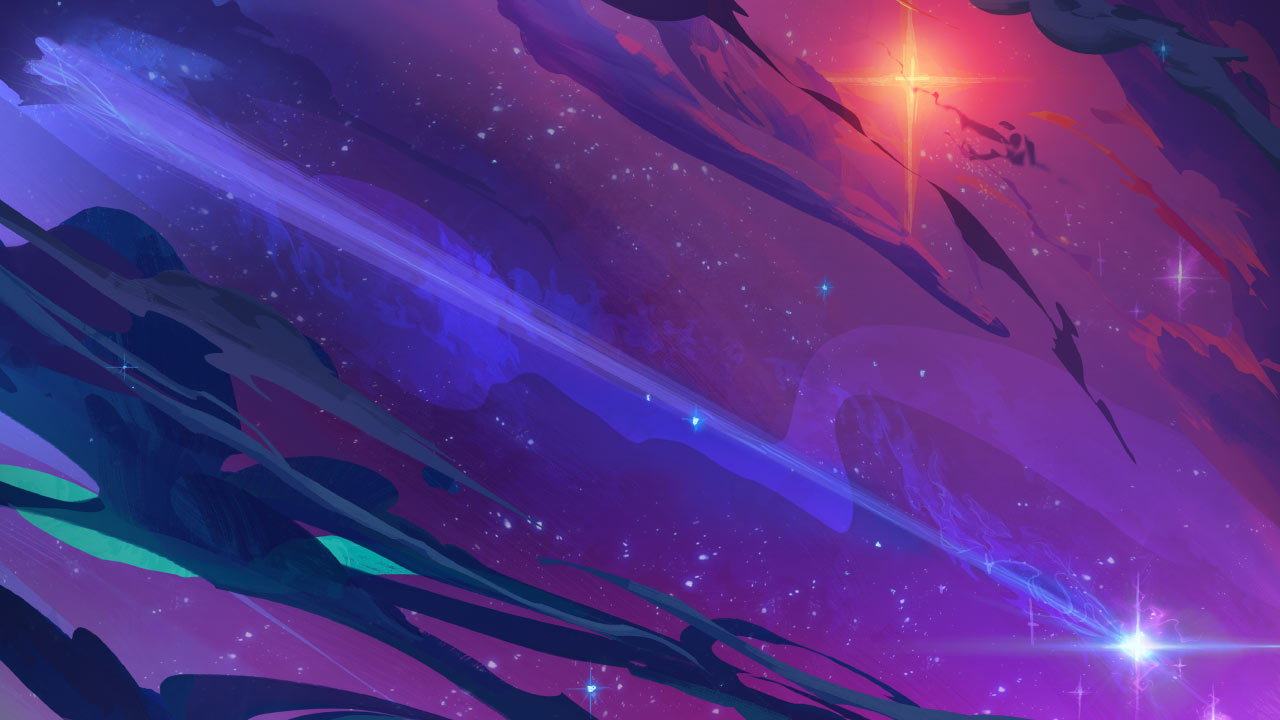 A new set is on the horizon, so we’d like to share the new set mechanic for TFT: Galaxies.

Next month we'll be saying a fond farewell to Teamfight Tactics: Rise of the Elements and giving a warm welcome to Teamfight Tactics: Galaxies. The new set places you in the midst of a League universe-spanning intergalactic war bringing new champions, traits, skins, boards, Little Legends, and a new set-wide mechanic. We'll be sharing more about the upcoming stuff over the next few weeks. Today, we're starting with the new set mechanic for TFT: Galaxies.

Before we get there though, let's talk about the Elemental Hex system. We added a set mechanic to Rise of the Elements because we wanted to increase replayability, add variance to every game, and force players to continuously adapt the way they played. We hoped that dealing with a different core element every game meant that the same composition wasn’t always going to be the best option. Additionally, with hexes being in different spots each game, it wouldn’t always be clear the best way to utilize them.

Overall we're happy with how the Elemental Hex system turned out, especially with the way Qiyana integrates with the system and the way it allows for new builds across games. Mountain games have stronger front lines and the earlier appearance of the Mountain trait. Ocean games allow for quicker spell casts and Shojin states. Cloud games give spell casters a slight edge, and Inferno games are more explosive than normal. Every game feels a little bit different, which is what we wanted.

That being said, it's not perfect and we’re definitely taking a few learnings going forward. The first one is clarity issues. The hexes use the item system, and while we intended for that to be an interesting strategic trade-off, it's also very unclear (especially for new players) what benefits your champions are getting. We were also a bit conservative with the hexes’ power level. They're such a light touch to the game that it’s often ideal to simply ignore the mechanic for better positioning. Ideally, game mechanics with that level of visibility and mind share require you to interact with them in clever ways; Elemental Hexes aren't quite hitting that bar right now.

Elemental Hexes will be leaving TFT with Rise of the Elements, and we'll be moving forward with a new set mechanic for Galaxies.

We're calling the set mechanic for Teamfight Tactics: Galaxies... "Galaxies." Yes, we're very creative. Here’s how it works: In addition to games with normal rulesets, some games of TFT will take you to a different galaxy where the rules are just a bit different.

For example, one Galaxy you might travel to is the Neekoverse Galaxy, where everyone starts with two Neeko’s Help items ready to go. With everyone having this advantage, it becomes about making strategic decisions around when and how to use those Neekos. Do you use them early on a powerful three-cost or four-cost to start win streaking? Do you chase a powerful 3-star that might normally be too hard to achieve? Or do you hold out for that late game 2-star five-cost champ? 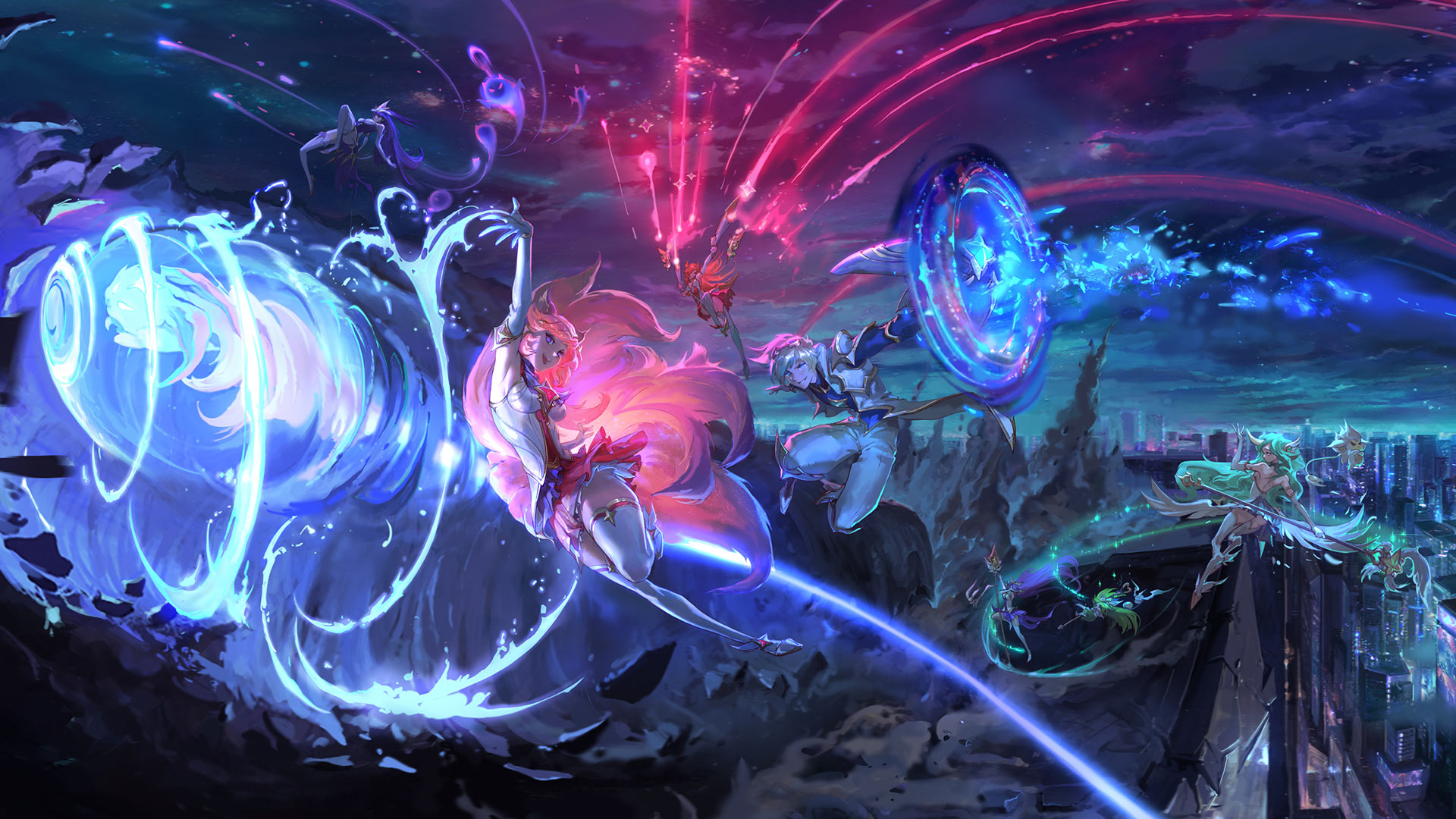 Another Galaxy you might travel to is the "4-cost-carousel" Galaxy (the name is a work in progress), where the first carousel is entirely four-cost champions. This brings a new set of questions: Should you build around that champion? Or are you going to sell it for an early gold spike? A four-cost with the right component is strong from the start, but four additional gold could enable multiple 2-star champions right out of the gate.

You won’t know which Galaxy you’re playing in until the game starts, so your ability to adapt is going to be put to the test. And there's one more thing: New Galaxies will open up gradually as the set goes on. So at launch you’re very likely to have a normal game as only one or two Galaxies will be active, but by the end of the set, there may be as many as 10 different Galaxies (…and some may go away as well).

The universe is vast and there’s a lot to explore out there!

We had a few goals for Galaxies. First, we wanted something that increased variance and required more adaptability. TFT is at its best when you can’t just look up a guide and know the best way to play, but rather have to adapt to what’s going on in game. So coming up with a set mechanic that made that happen was important.

Second, we wanted as clear of a set mechanic as possible. As mentioned, Elemental Hexes were a pretty simple mechanic, but with some confusion around its rules. For Galaxies we wanted something that would be clear right off the bat, so that even if it was your first TFT game, you’d be able to understand what was going on.

Finally, we wanted something expandable. Elemental Hexes are great, but we were disappointed that we weren’t able to add additional hexes over the course of the set. Galaxies give us the opportunity to add new ones pretty frequently since they aren’t so ingrained into the set’s champions like Qiyana was. We’re excited to bring you some really unique Galaxies to explore over the next few months. 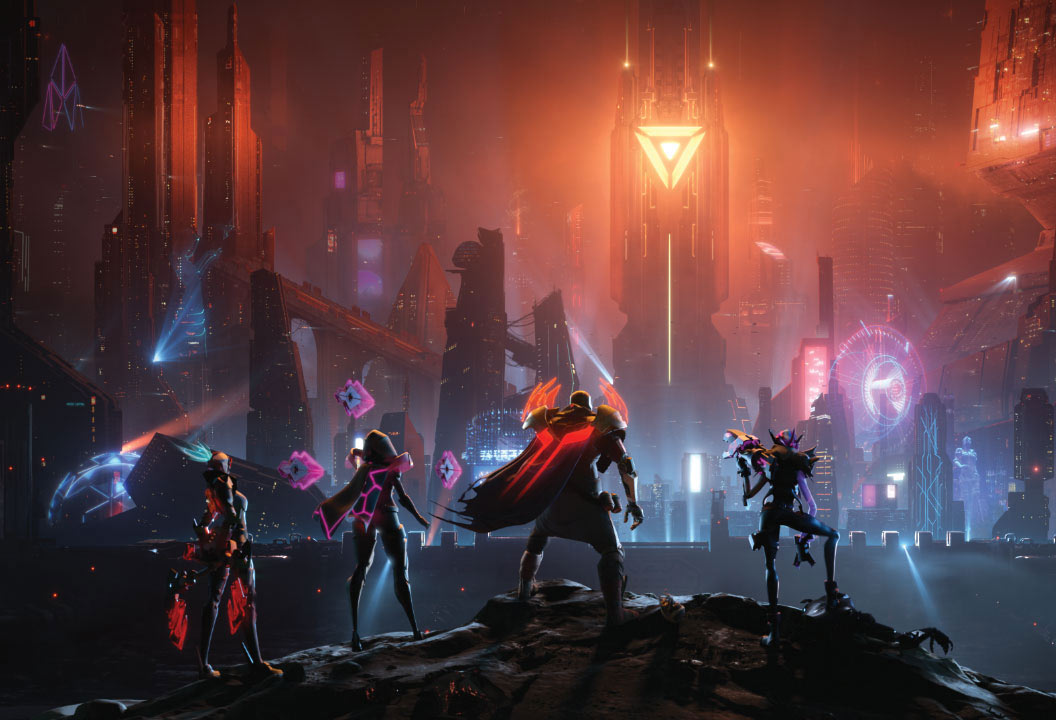 How We'll Know If It's Working

As you load up into each game, you should be excited about the possibility of going to a different Galaxy, and when you get there, it should change how you approach the game in a unique and fun way. If we’re seeing different games on different galaxies play out in unique ways, then this will be a success.

We hope you have fun exploring the Galaxies, and we can’t wait for you to try them all! Tune in next week for a look at a few of the traits that will show up in Teamfight Tactics: Galaxies.

Riot_Mort
Principal Game Designer ― Stephen Mortimer
Mort is the Lead Game Designer of Teamfight Tactics, who works, games, and never, ever, EVER, backs down from a challenge.