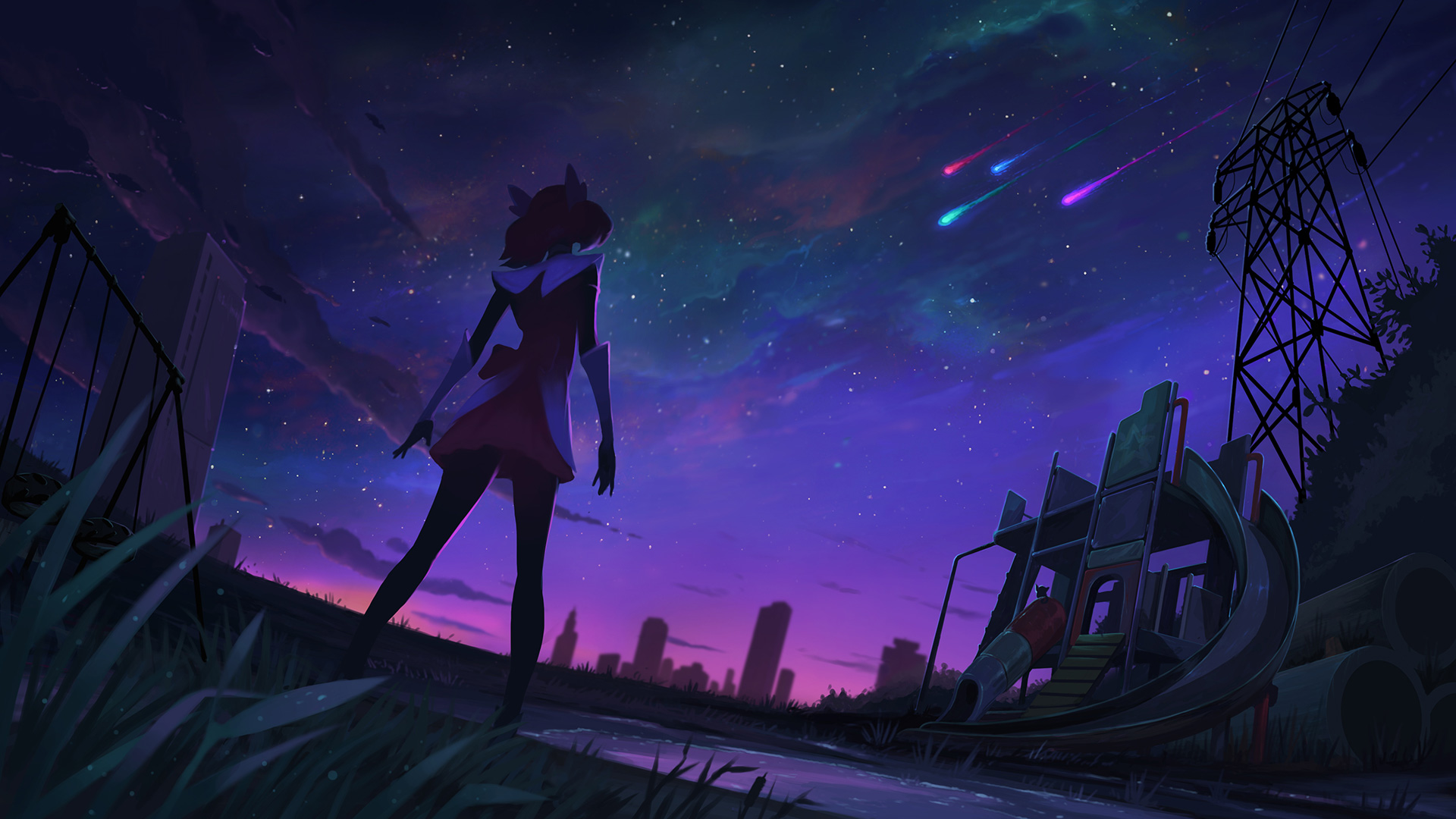 Plus... Will we do more spooky champion updates? Or explore new continents in Runeterra?

BUT FIRST... a message from the editor. If you have a question for us, please be sure to ask it! The more questions we get, the better we understand what you care about, so please send away. We’re still trying to figure out whether Ask Riot will cover all games in the future, but in the meantime, feel free to ask us about anything. Now to today’s answers.

When will you add more galaxies to TFT? How’s this set going so far?

Overall, we're excited about how TFT: Galaxies is going so far, and mostly that's because you're excited about it. While we had a rough first patch with Gangplank and the other legendaries, we seem to be in a better spot moving forward. The galaxies have landed well and added a bunch of new ways to play, and there seems to be a lot of creativity and exciting moments happening. Lots of comps are able to win, and we’re even seeing good counter comps developed. We’re looking to keep that momentum with the addition of Dark Star Xerath and even more galaxies, which we hope you look forward to. We’re also open to removing galaxies that aren’t adding new and interesting strategies to your gameplay, so keep letting us know what you think!

So obviously Fiddlesticks’ update was amazing, but what made you want to turn Fiddle into such a nightmare when someone like Nocturne is a living nightmare? It feels like you set a new standard for darker thematic champs, so can we expect champions like Shaco, Cho’Gath, or even Karthus to receive monstrous transformations, if they get an update?

I can’t say for sure what will happen when and if those champs get VGUs, since that will depend on where the creative process takes us and what makes sense for each of them. I can talk a bit about Nocturne and Fiddle since that was something we discussed a lot in the early ideation phase on Fiddlesticks. Both Fiddle and Nocturne are in the scary/horror camps with kits to support it. They both jump on you out of nowhere, so horror themes are a pretty solid thematic fit.

When we talked about Nocturne and Fiddle, we wanted to make sure they felt separate and unique from each other. After a lot of discussion, we decided that Nocturne was more about psychological horror and Fiddle was more about physical horror. Fiddlesticks makes people physically terrified when they look at him, immediately fearing for their lives and fleeing as fast as they can, with almost zero chance of escape. Basically a “slasher flick” kind of horror.

Nocturne is more about psychological terror, haunting its victims dreams, slowly building fear… the anticipation mounting. It’s more about breaking victims down psychologically and feeding off of their terror. He's much more in the “suspense/horror” camp. You know he’s out there. You know at any moment with the press of a button, the screen can go dark and he will be right next to you—but you don’t know when that will happen. That anticipation is horrifying in a very different way.

Don’t worry, we plan on making Nocturne scary when we finally get to his VGU. I don’t know about you all, but the anticipation is killing me.

Are there any plans on expanding or exploring other continents of Runeterra? I just want to see a world beyond Valoran, Shurima, and Ionia. I'm so curious what the other continents look like!

As of right now, we’re working on the understanding that the “known” map of Runeterra represents about 1/6th of the world. We’ve still got plenty of those three continents to fill out and define, though—the map is nowhere near completion, yet.

In terms of adding new lands to it, it’s not something we’d ever rule out, if those lands are proven to exist. But it would likely require us to actually set more stories outside of the three continents, and thus far that is something we have not done.

But we definitely do know of events that have taken place outside of the known map. Many of the oldest civilizations in Shurima came from a westward cultural migration, meaning that there are (or at least were) much older civilizations in unknown lands far to the east. Neeko’s vastayan tribe, the Oovi-kat, also appear to have suffered some sort of catastrophe in fairly recent times, forcing her to flee into what is now known to be Ixtal. It’s also very likely that the original homeland of Hecarim, Kalista, and Ledros existed somewhere else, since there is no clear indication that this kingdom continued to exist anywhere in Valoran, after the Ruination of the Blessed Isles.

Are any of these things linked? Right now, it’s impossible to say… but we will continue to explore them, and who knows where that will take us in future.