How Spirit Blossom’s folklore is passed on through its champions.

Editorial note: Welcome to the second installment of our four-part series on Spirit Blossom. Check out post one, “Crafting Spirit Blossom,” to find out how the thematic development team created the world. And be sure to come back the next two Tuesdays for a look at how we made “The Path, An Ionian Myth” and “Kin of the Stained Blade,” as well as Spirit Blossom’s sound design.

We’ve finally done it. We’ve gone full anime. And now you can form deep emotional connections with the champions you already love.

“Lol wtf Riot? What are you doing? Why? Stop. Please stop.”

No. We won’t stop. And here’s why: When the thematic development team started working on Spirit Blossom, they realized they were onto something special—a unique and delicious blend of League and anime—and they wanted to do it justice.

And when lead producer of Spirit Blossom Ryan “Reav3” Mireles saw the world the team was creating, he knew exactly what it needed: a visual novel. 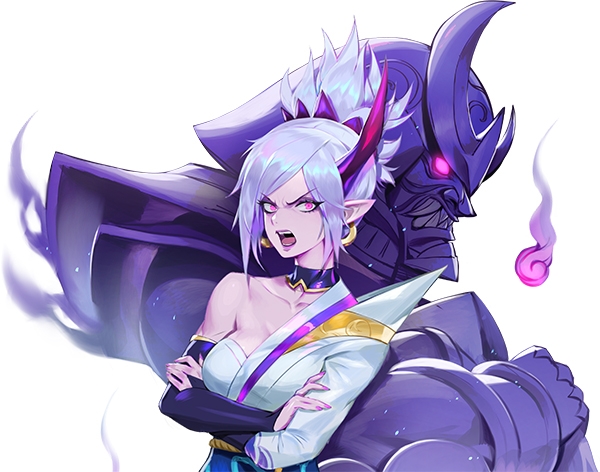 We An Anime Company Now

“When we originally started working on Spirit Blossom we intended to make a versus event. There are the kanmei and akana, so we thought it worked really well,” says Reav3. “But as I talked to the narrative team it became clear that wouldn’t work. The spirits aren’t good or evil—they’re just shades of grey. Then someone suggested embracing the anime part of the thematic. Many of us are huge fans, so it just kind of made sense.”

There’s no hiding the fact that a lot of Rioters like anime. It may be safe to call some of us weebs (stares pointedly at Sett). This was our opportunity to really do anime. But what does that even mean in the context of League? 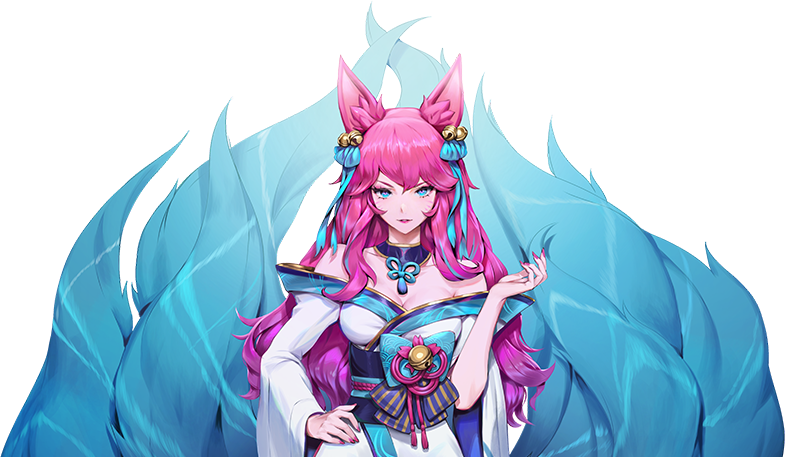 Reav3 went home that night and pondered that exact question. Aside from making an actual anime, one choice leapt to mind: making a visual novel. But we needed to do it right. We couldn’t lose League’s essence or compromise the champions that players have grown to love.

Even though Reav3 could boast “playing literally thousands of hours of visual novels,” he had never actually made one. And besides, just because one person has an idea doesn’t mean it magically happens. You need a team. A weeb dream team. 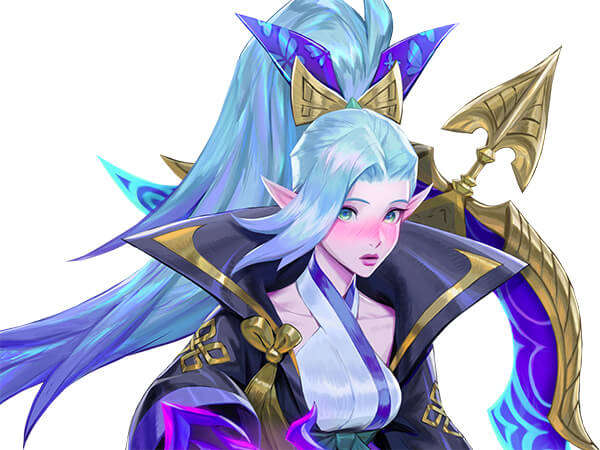 Why Can’t We Hold All This Anime?

“It was my first day back in the office after being out with the flu for two weeks when Reav3 came up to me and said, ‘I have an idea and it’s bad,’” recalls thematic development narrative lead Jared “Carnival Knights” Rosen. “And then he told me he wanted to make a visual novel and I was like, all right. Let’s do it!”

Unlike Reav3, Carnival Knights actuallyhas worked on visual novels. Two, in fact. So he started bringing Reav3’s idea to life by taking a look at the roster of champions and figuring out how they’d fit in Spirit Bonds. 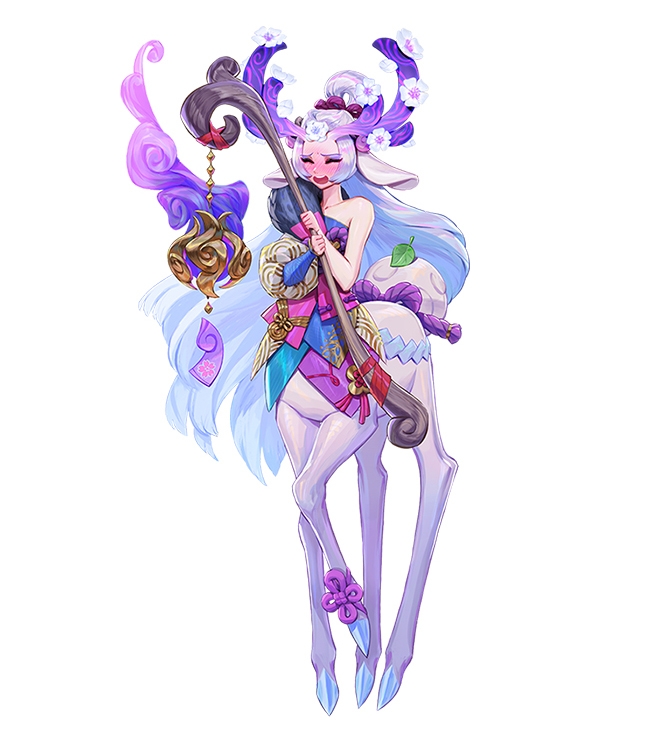 Spirit Blossom champions embody different myths within Ionian culture. Yone and Yasuo are brothers torn apart who seek reconciliation. Cassiopeia is the incarnation of temptation. Teemo embodies a trickster spirit (and totally won’t play any pranks on you—nope! Definitely not!). Ahri is the shepherd of souls. Vayne must overcome her inner demons. Kindred are the avatars of death. Lillia protects the spirits within her grove. And Riven must come to terms with her own death.
With these basic storylines down, Carnival Knights got to work delegating to the team of (eight) writers. Some were very familiar with the champions, having created them for League. Others were coming in relatively fresh, but still full of ideas. 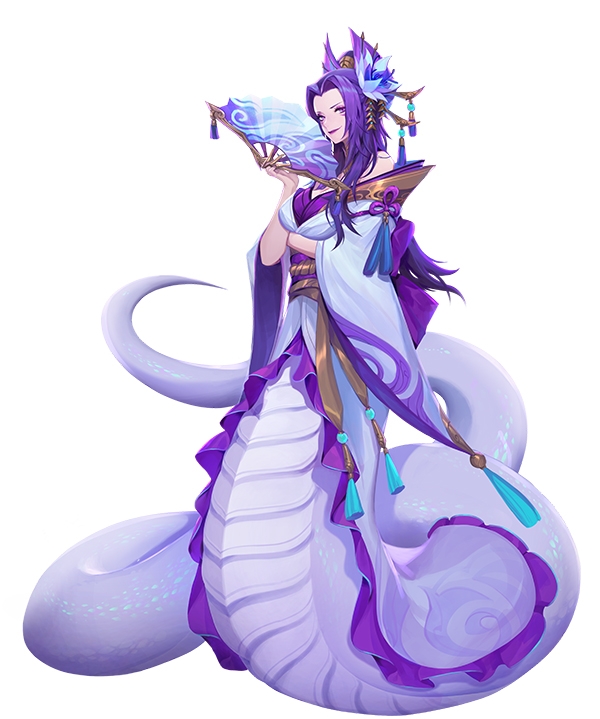 “I wanted to make sure the writers had a lot of fun with Spirit Bonds, so I encouraged them to use their own voices and just... see where the story took them,” Carnival Knights explains. “Then managing narrative editor Thomas “Riot Wilkingham” Cunningham and I did edit passes to ensure they were in a cohesive voice. It was a lot of work, but really fulfilling. These writers are all incredibly talented, so going back and seeing what they came up with when it was all over was really, really cool.”

But beyond fitting into the Spirit Blossom world, the champions needed to be anime. 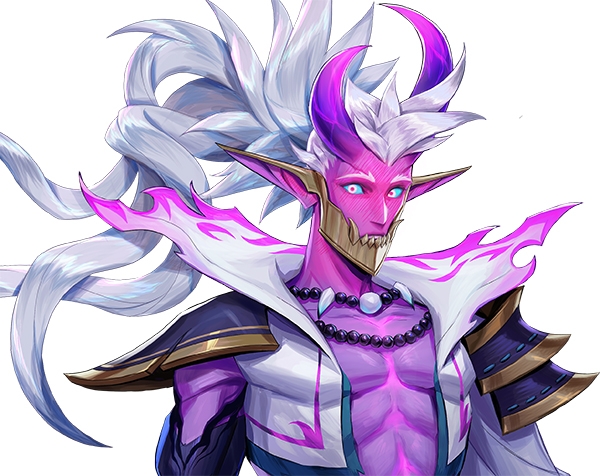 “I’m... the weebiest weeb in the group,” admits concept art lead Gem “Lonewingy” Lim. “That meant I ended up providing the ‘professional knowledge.’ Which means making sure the team understood different anime archetypes like dandere, tsundere, yandere, kakkoii, and kawaii. And more than that, I had to help make sure the artists captured these emotions correctly. It couldn’t just be anime. It had to be high quality anime!”

Nothing says high quality anime like full profile pictures, but creating these for each champion meant the artists had to start working before the stories were completed. So… they started taking restaurant-style orders for emotes. “How many pieces of Vayne do you need? Oh, you don’t need a blushing Teemo anymore? Okay, well I can offer you a happy Teemo in exchange.”

“There’s a notion in art where we say ‘draw it through’ and that means if the object is obscured by something else you have to draw it through regardless,” explains senior concept artist Paul “Riot Zeronis” Kwon. “Drawing through ensures we have the right proportions and angles, even if we have to crop it. For example, we had a hard time figuring out how to fit Thresh into some scenes. If we only had him from the waist up, our options would have been really limited. Having his whole body means that we can crop him however we want and adjust as needed.” 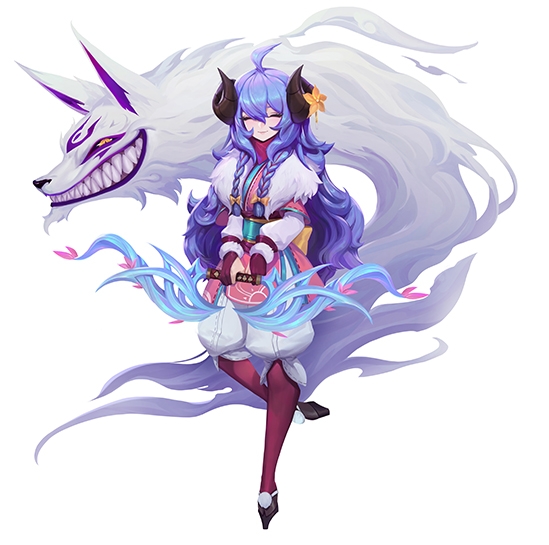 “When we decided that Spirit Bonds, and even Spirit Blossom as a whole, was Riot doing anime, our goal wasn’t to just create something derivative and call it a day. We wanted this to be a League-style love letter to anime,” Reav3 explains. “Yes, this shit is anime af, but it still needed to feel like League. And it had to work with League.” 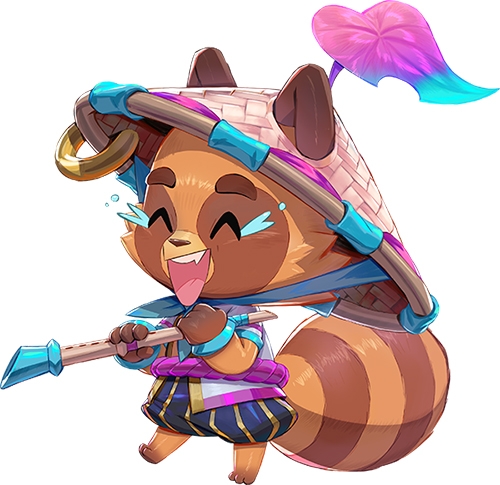 The team wanted Spirit Bonds to tie into League seamlessly. Originally this meant creating missions you’d receive from the champions. Then you could hop into a match and get x number of kills, or play one of the champions. But it just felt... boring. Not only did standard quests fail to deliver on what we wanted to be a wholly unique experience, but there was nothing visual novel-y about them. So game designer Zara “Riot Gearhook” Berry suggested a different approach. 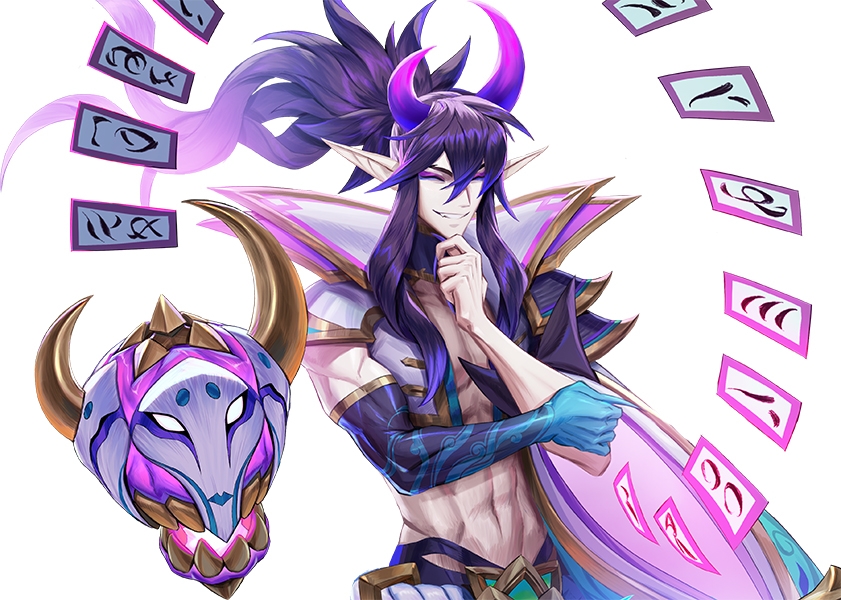 “The whole team was creating a beautiful visual novel, and I wanted the actual gameplay system to match that. Originally we thought about having players pick their favorite character and ‘championing’ them to exclusively play through their story,” Riot Gearhook explains. “But I didn’t think that did justice to what Carnival Knights and the writers were doing. They wrote these deep feels stories, so I wanted to create a system that let players try everything.”

Riot Gearhook ended up landing on a reputation system that rewards players for just... playing League. Queue up for some games, stomp some noobs, and gain favor with champions. Thresh has a thing for high CC scores, Vayne lives to tally up kills, and Yasuo’s all about that kill streak (unfortunately, there’s no reward for hitting your 0/10 power spike). 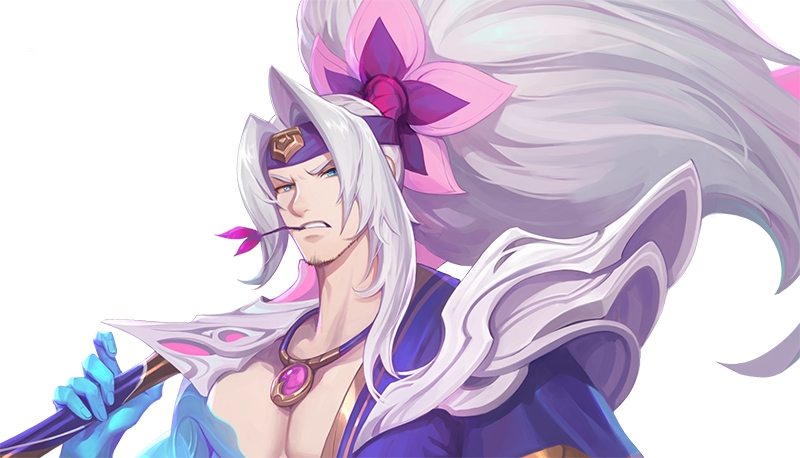 “I’m really happy with what we ended up with. But that alone doesn’t mean we were successful. We don’t make things for ourselves,” Reav3 says. “This was a totally new way to get players to engage with champions and their stories. And if players really, really like it and play a lot of it, that opens so many doors in the future.”

“We’ve never tried micro-forwarding stories via gameplay objectives before,” Carnival Knights adds. “I’d be so excited to do more of these later. But it all depends on whether or not this is something players like.”

And with that, we urge you to go forth and make all the friends. 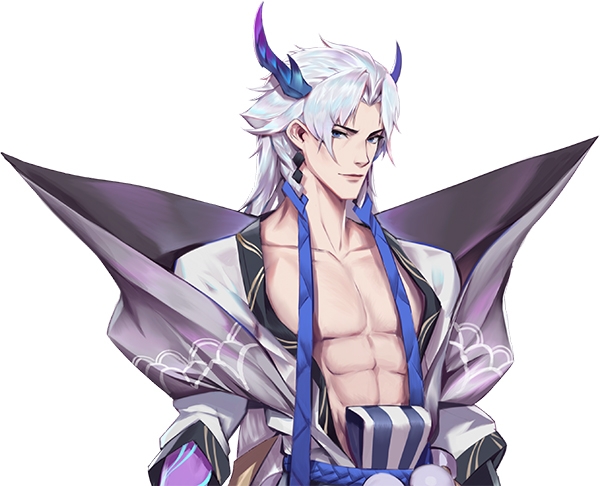