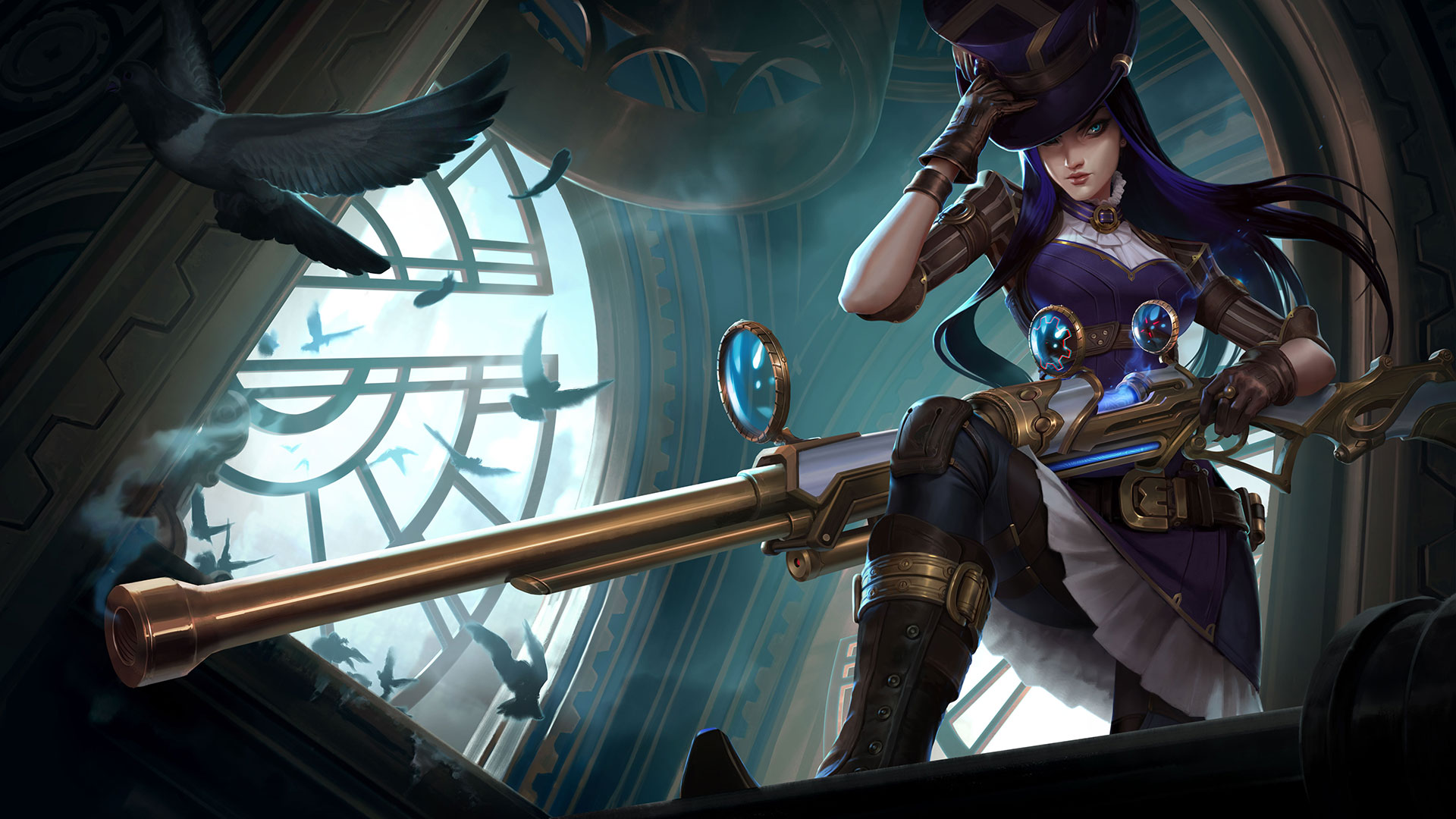 Bringing harmony to the Sheriff of Piltover.

Hey everyone! We’re the audio folks who worked on Caitlyn’s new theme as part of her Art & Sustainability Update. We want to share what went into composing her theme and a little something extra we made for all of you. So sit back, remember that Every Good Boy Deserves Fudge, and prepare to get musical.

A Little Piltover, A Lotta Sheriff

When working on any champion’s theme, we need to start by looking at where in Runeterra they come from. Piltover’s musical palette has historically been defined by orchestral pieces that emphasize patterns and precision. You can hear it in things like Camille’s or Seraphine’s themes and LoR boards, for example.

Piltover’s the home of inventors, scientists, and dreamers. It’s a really harmonious place, but underneath the harmony there’s a certain degree of neutrality—uncertainty, even. But it almost feels as if no one’s quite sure all this advancement will always be a good thing. This led us to try introducing a few unexpected dissonances throughout the music.

We wanted Caitlyn’s musical language to feel consistent with the Piltovan music that already exists, but not so restrictive that we couldn’t differentiate between her and Piltover overall. 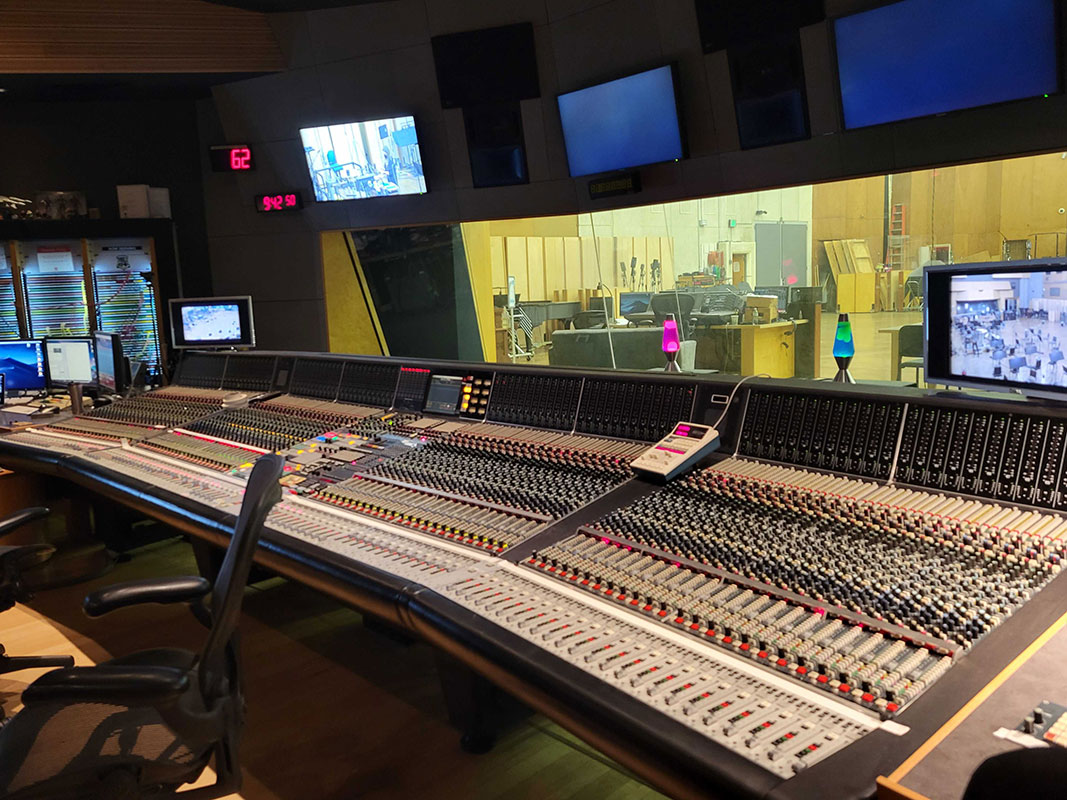 We found that a combination of “found” percussion like clocks and gears mixed with various types of rhythmic zithers, keys, and strings felt uniquely Piltovan. From there, we included a more expanded take on the traditional orchestra to give us a bigger range for the stories we want to tell, while still feeling like an extension of existing Piltovan music.

I used small ornaments and flourishes throughout her theme that sound like they might come from established musical traditions of Piltover’s high society, but in ways that felt more like vestigial trappings than core elements. They represent a part of who she is, but a part that doesn’t wholly define her. 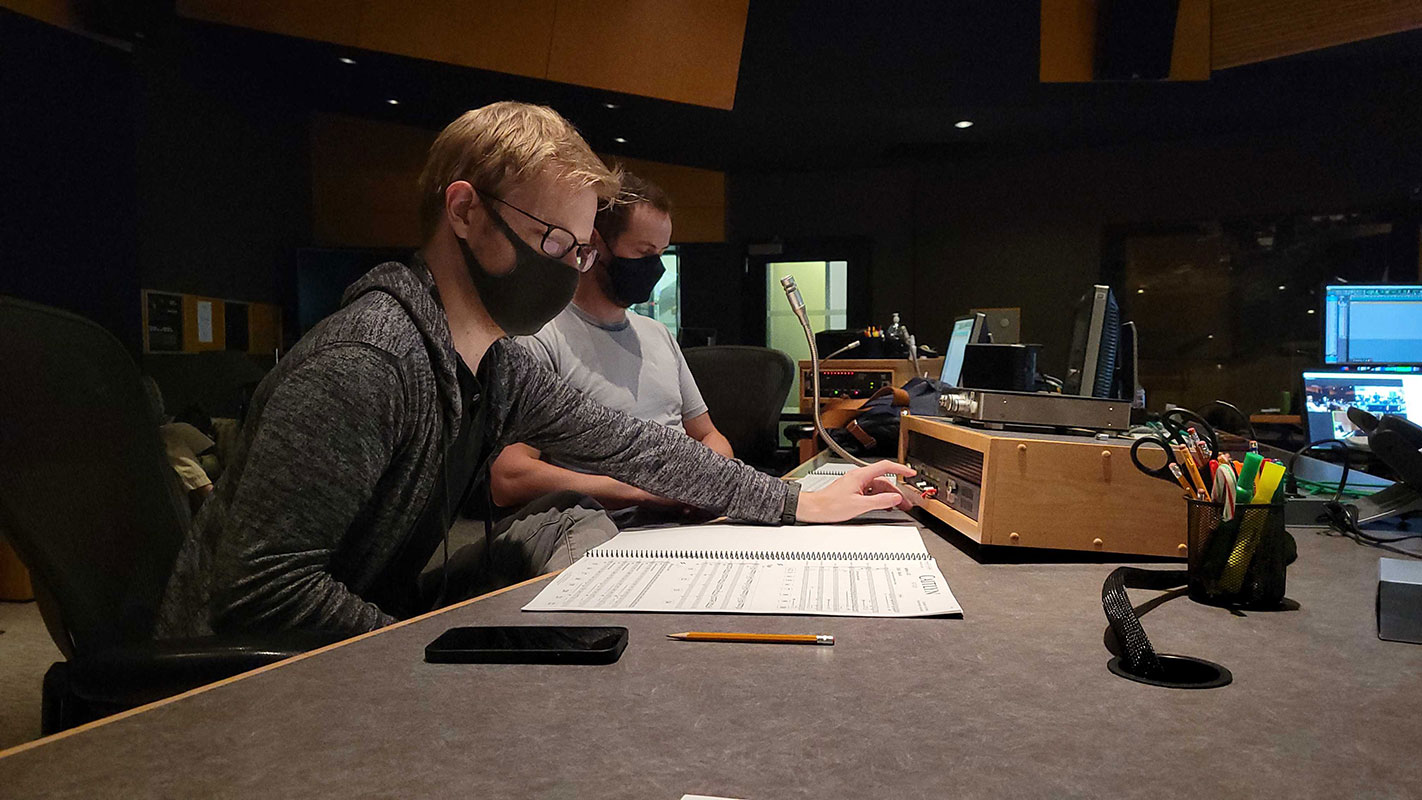 Melodically, what I settled on was actually giving Caitlyn a pair of themes combined into one. The A theme has elements of intricacy and precision that’s meant to reflect the inquisitive, fiercely intelligent side of her. The B theme is more lyrical, steady, and purposeful, with an unhurried confidence that I felt captured her righteous side. It also happens to be a variation of one that I wrote as a shared theme for her and her family, but I re-framed it to have a bit of “against the grain” individuality for Caitlyn alone. Without getting too technical, I found a harmonic progression that had one spicy chord that shook things up just enough to add that individuality, without tipping the needle so far that it felt like we were no longer in Piltover.

In addition to Caitlyn’s full orchestral theme, we wanted to try something new... A piano arrangement! And we wanted to release the sheet music for all you piano players out there!

We’ve seen (and heard) plenty of covers of the music from League over the last decade, and it’s always a pleasure to listen to what you all come up with. This time, we wanted to help out by giving you access to an official piano version that can be played on a solo instrument. Because—let’s be real—not everyone has a band or orchestra at home! 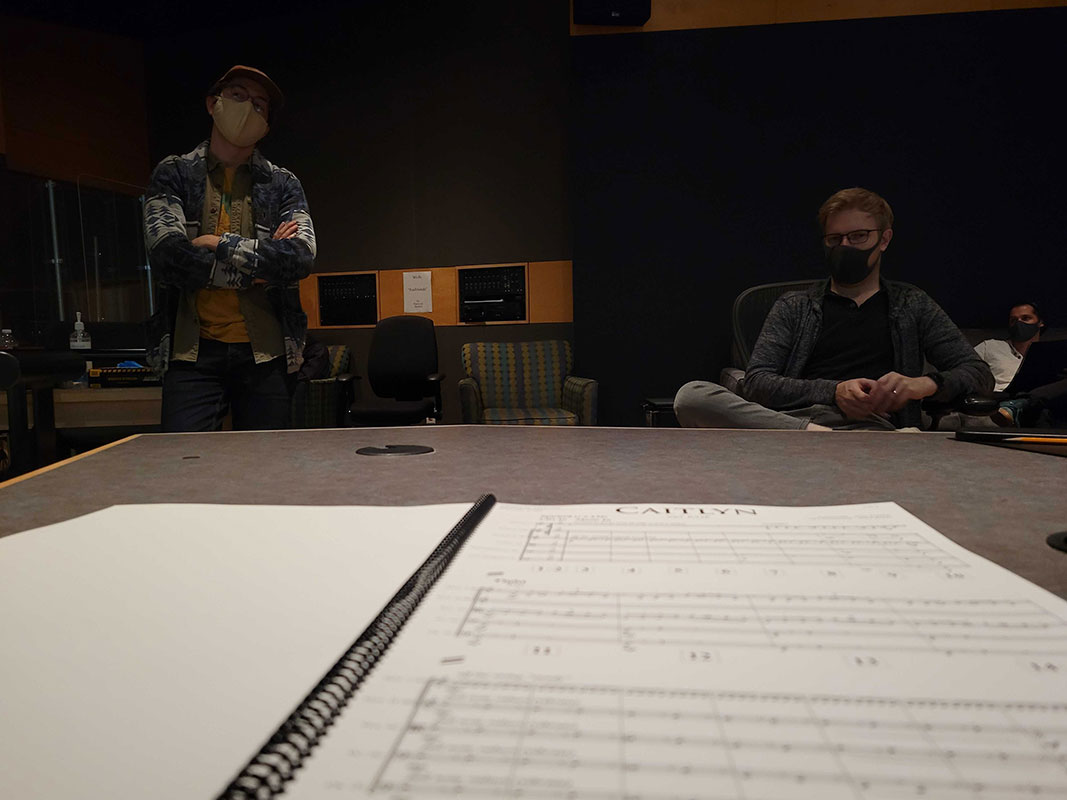 The piano version is arranged and performed by Harlan Hodges, who you may have heard performing piano on Viego’s theme. Harlan worked to capture the full orchestration from Scherzo’s original score, and while we originally thought this piece would be a little easier to perform, we ended up with a Challenger-level piano piece. That being said, with a couple of listens, and a few adjustments, it can still be simplified and made easier to play while retaining the core musical material that represents Caitlyn.

We’ve also got some of his thoughts on the process, and some tips for you as you get to learning the piece!

A Change in Tempo

It was crucial for me to identify all the character-driven musical elements that were spread out across the orchestral composition to figure out what would work for a solo piano version. The tricky part in an arrangement like this is not only finding those elements, but also not reducing them down so much that it loses the composer’s original character and intent.

It can be very hard to take an orchestral score and make it “feel” like a piano piece. I felt like the best way for me to find the important material was to learn the entire piece by ear and play some basic things along with the recording before looking at any of the actual scores. Whatever stood out to my ear that I could easily learn is what I gravitated towards as stuff we couldn’t lose. 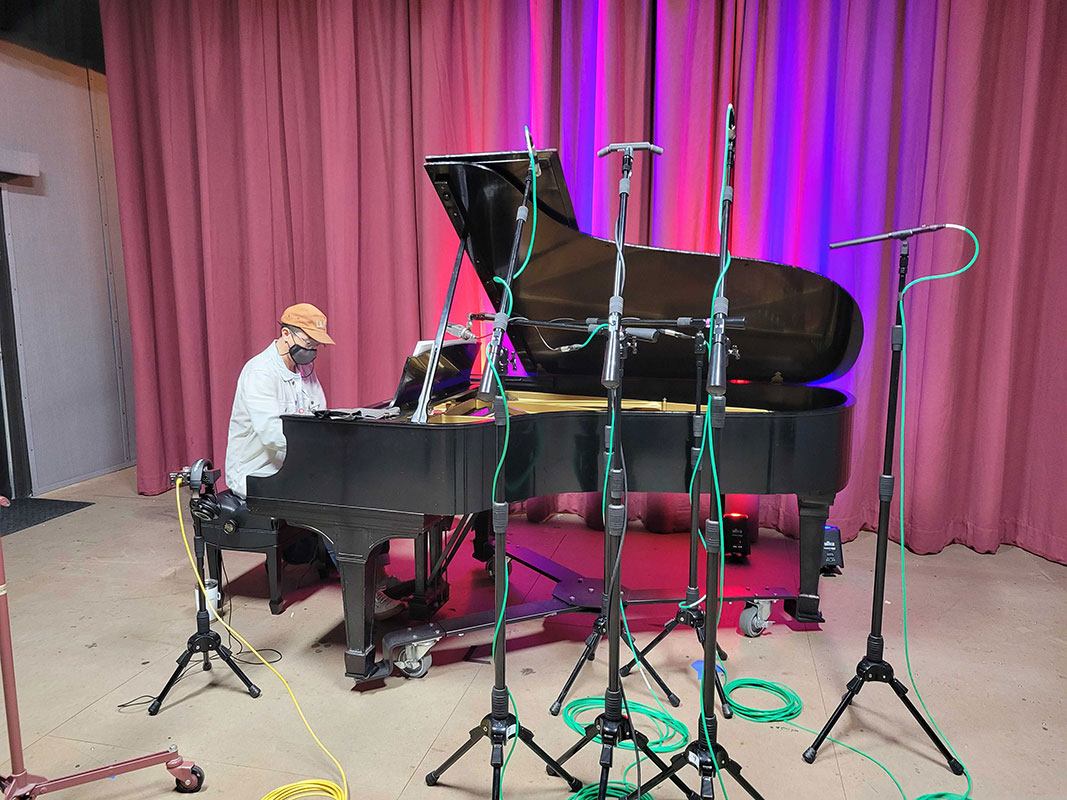 In terms of practicing and performing the piece, you have to allow your body to memorize all the large leaps between your hands toward the end. Practice this at slower tempos and sink into the keys. This will help you get a feel for how far the jumps are without having to look at both of your hands, and try to relax as much as possible on the ostinatos and repeated figures so they don’t feel rushed. There’s some tricky detail in the triplets on the right hand and dynamics as well, so don’t be afraid to slow down or go down one dynamic marking! Although difficult, I think anyone tackling it will really enjoy the reward of having learned it because it is a challenge. It’s very fun to have under your hands.

We hope you enjoy Caitlyn’s new theme as much as we enjoyed bringing it to you, and we can’t wait for you all to experience Caitlyn’s journey in Arcane. And of course, we want to hear your performances of Caitlyn’s theme! Please tag us on social media so we can find you! 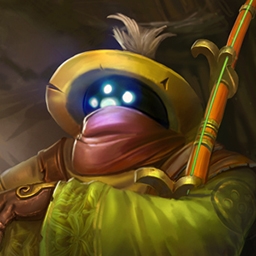 Scherzo
Composer ― Alexander Temple
Scherzo is a composer on League. His guitar playing may be rusty, but he keeps his pinky in shape by mashing Q on Irelia thousands of times a year. 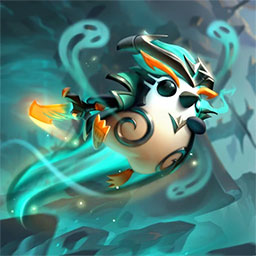