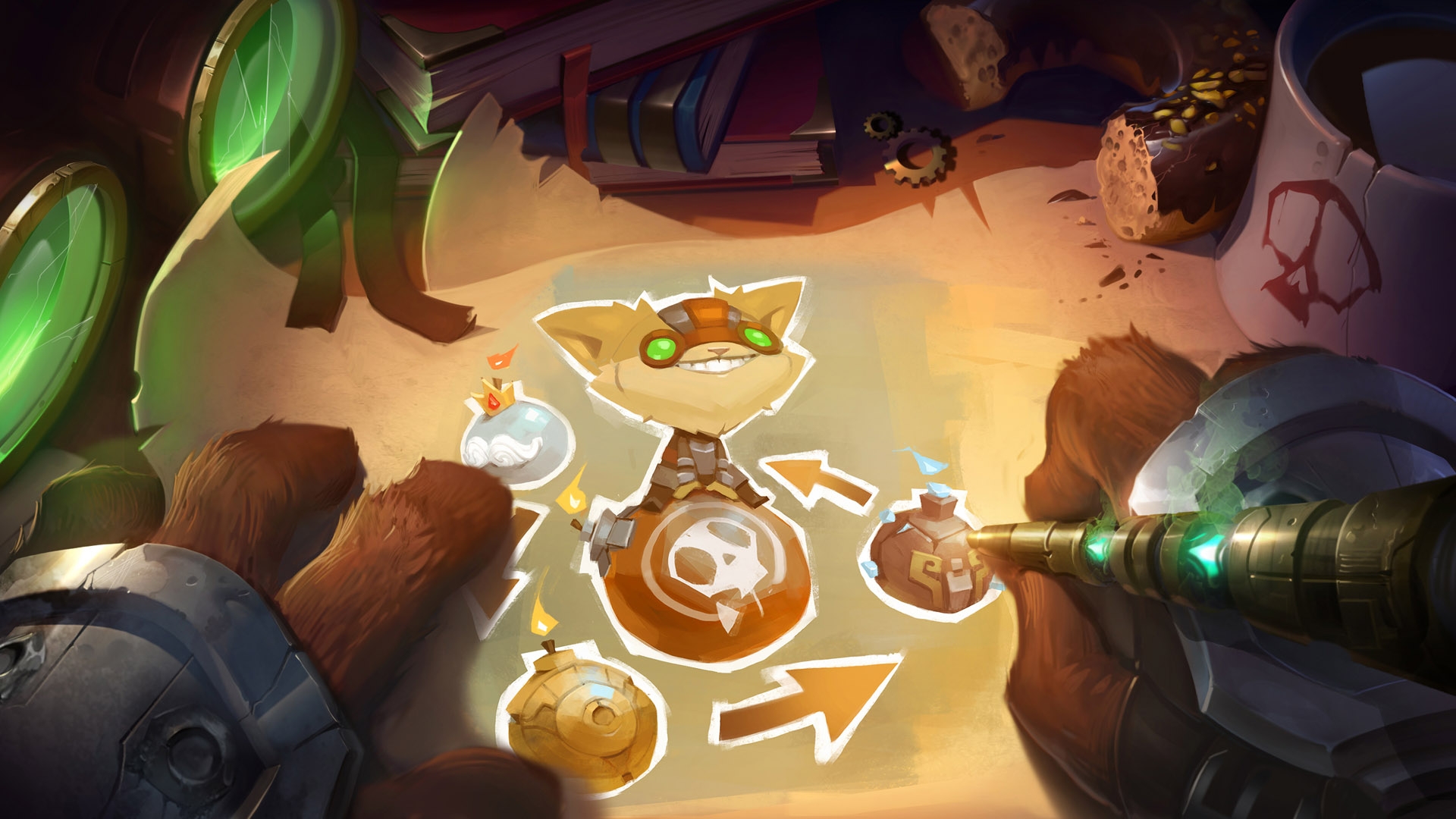 Let’s talk about our evolving approach to game modes and what that means for the future.

Hey all! We've mentioned game modes a few times in dev videos this year, so today we wanted to collect all of those thoughts in one place and share a few other updates.

This summer, we released Ultimate Spellbook, League's first completely new mode since 2018. It's our first intentional stab at creating a mode in what we call the “chAmplified” space—which are modes focused around amplifying standard Summoner’s Rift champion fantasies, rather than other rules or mechanics that take the spotlight away from you (or, well, your champion). We saw a lot of hype when Spellbook hit PBE, and that enthusiasm stayed strong throughout its official release. The numbers were slightly behind URF's, but overall engagement and duration of interest were much longer than OFA's. These are really strong results! 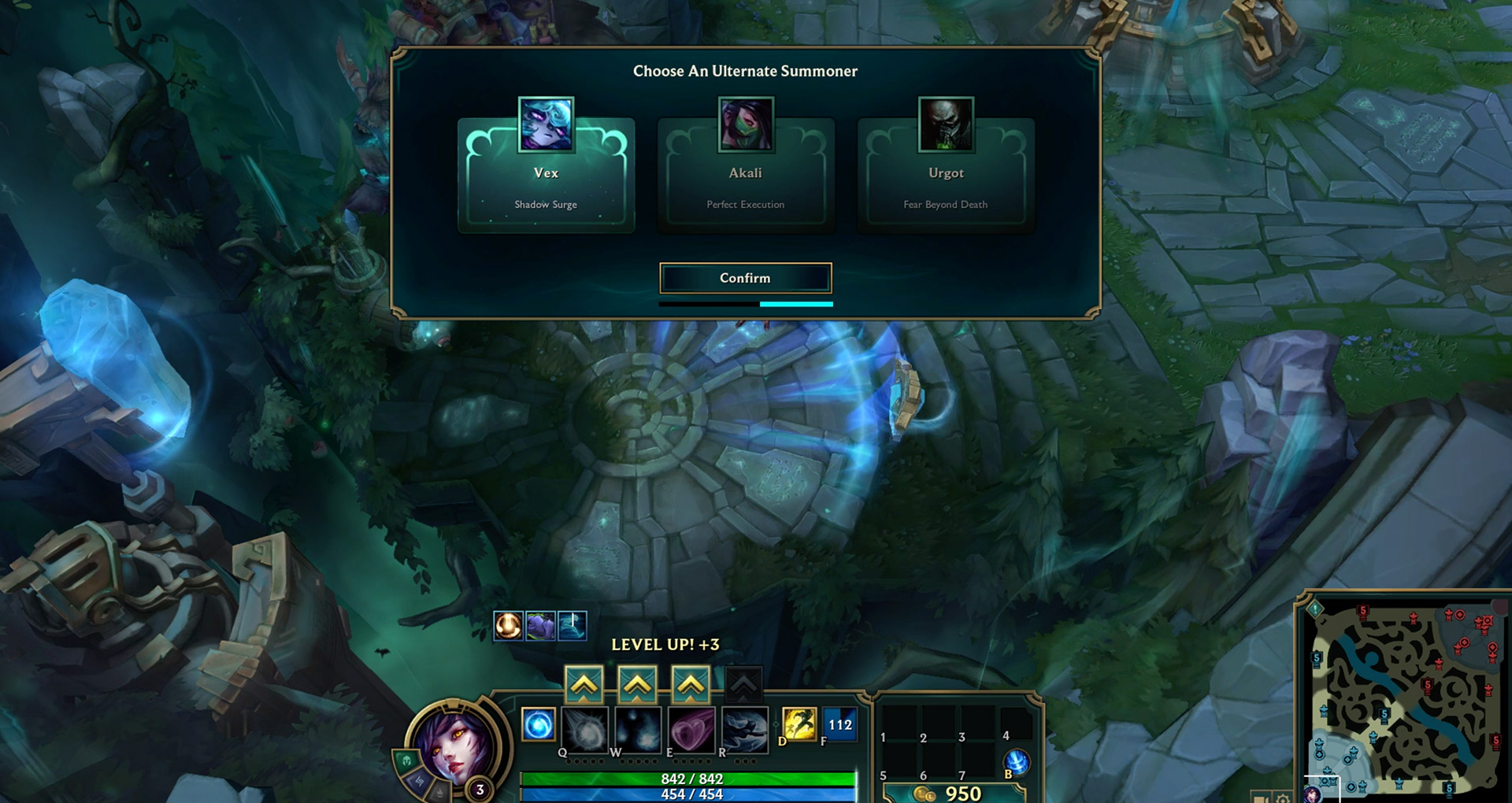 Based on that success, Ultimate Spellbook will return as the last game mode of the year with ~20 new ulternate spells! And junglers, rejoice: You won't have to choose between Flash and Smite for your "normal" Summoner Spell anymore. We're still exploring exactly how this will work, but we have a couple (some even spicy) iterations in the works. The new dragons coming in Preseason 2022 will also join the fun, bringing the mode closer than ever to classic Summoner’s Rift.

Other Modes in the Rotation

We’ve run a lot of game modes throughout the years, and we often see questions about whether certain modes will make a comeback. So today, we wanted to run through our thinking around the majority of our past modes.

One For All, URF, and ARURF: As you know, OFA and the URFs are game mode staples right now. We’ve heard from you all that these modes have started to feel a bit stale from frequent runs, and we agree—our goal is to add some more modes to the rotation next year. That said, these modes are doing well and continue to have high engagement, and they both fit our chAmplified philosophy (in fact, their consistent playrates helped us define it). So we’ll continue to bring them back in the future.

Nexus Blitz: Nexus Blitz is also part of our current rotation, but the results from last year’s runs still put it behind URF, OFA, and Ultimate Spellbook, which is why we haven’t brought it back as frequently. This doesn’t mean Nexus Blitz is retiring, but we would like to make some adjustments—like bringing the current roster of events and rewards more in line with what makes game modes like OFA and URF so enticing—before bringing it back sometime in 2022.

Odyssey: Extraction and Star Guardian: Invasion (PvE): We hear those of you who want to (re)experience past PvE modes like Odyssey: Extraction and Star Guardian: Invasion. We've talked in the past about how interest in these modes dries up once the novelty wears off after one or two matches, and after five matches, players aren't really getting anything new out of the experience. Replayability in PvE modes takes quite a bit of development effort—and it’s something we’ve even spent significant time researching and developing—but we haven’t yet arrived at a clear cut solution. For these reasons, we don’t have any current plans to bring these modes back.

Ascension, Black Market Brawlers, Dark Star: Singularity, Definitely Not Dominion, Legend of the Poro King, Nexus Siege, and PROJECT: OVERCHARGE: Similar to the PvE modes, interest in these modes dries up once the novelty wears off, and after just a handful of matches, play hours start to really drop. We believe this is because when a mode's unique systems or rules are the selling point and your champion is just an avatar to experience them through, it takes away a core experience of League. Also, modes that have their own maps carry much higher upkeep costs (more on that later), so the decision ends up looking like "do more work to bring back a thing that players will play less (relative to URF, OFA, or Spellbook)" which isn't particularly compelling. As of right now, we don’t plan on bringing back these game modes.

Snowdown Showdown: Snowdown Showdown didn’t have very high engagement, which heavily impacted matchmaking—it’d sometimes take over 10 minutes to get into a game, and then those games were pretty short. The mode lives on with esports tournaments (throwback to Froggen taking the snowball all the way to Doublelift’s base in 2015 All-Stars… twice), but we don’t have plans to re-release it otherwise.

Hunt of the Blood Moon, Hexakill, and Doom Bots of Doom: These three modes are much closer fits to our new mode direction—they’re centered around the core experience of League, and Hunt of the Blood Moon already plays in that chAmplification space (for assassins). Doom Bots has some added development difficulty because AI work is very costly, and keeping the mode compelling game after game would require a lot of investment. Still, all three modes are candidates for a potential refresh in the future (in addition to brand new modes!).

Nemesis Draft: This is one mode we can say with confidence will definitely not return, ever. Those are strong words, but the premise of removing agency and sticking you in a game with players who probably just want to troll goes against a lot of our gameplay values that we want to uphold for League today.

All this said, we know it’s disappointing to hear that something you’d like to see return might not happen, but we wanted to be honest about our thinking. Also, we know that having two (kinda three, maybe four) modes isn’t enough for an exciting rotation. We're working on getting some others back into the mix early next year, since URF and Ultimate Spellbook will round out the rest of 2021.

… And one last note, although not rotation-related: ARAM players should keep their eyes peeled for some small quality-of-life improvements in the future! We’re planning to address some of the balance challenges of ARAM late this year, particularly with melee champs and assassins, whose lower base winrates have mostly been addressed through only “balancer levers'' thus far. Then sometime next year, we’ll be digging into some other potential improvements, like avoiding stalled games and adjusting vision control (the Oracles siege minion is on our list, as we know it’s still a pain point for many ARAM players).

Whenever we mention modes, we mention upkeep cost, but it’s just the reality of game modes. League's dev tools are designed and optimized for Summoner's Rift, so creating and maintaining a new mode is often like jamming a square peg into a round hole. Beyond needing to make sure new champs, items, and other content work in a mode, there’s also less glamorous but necessary housekeeping.

For example, most modes don't benefit much from patch-to-patch Summoner’s Rift bug fixing, so that takes time. Additionally, fixing a mode-specific bug tends to take longer than fixing a similarly-sized SR bug, especially if the mode is significantly different than “classic” League—the more mode-specific a bug is, the harder it tends to be to fix since our dev tools don’t properly support the underlying systems the mode was built on. This is another reason why One for All and URF come back so often: Both of them live on Summoner's Rift, and thus have lower upkeep cost. 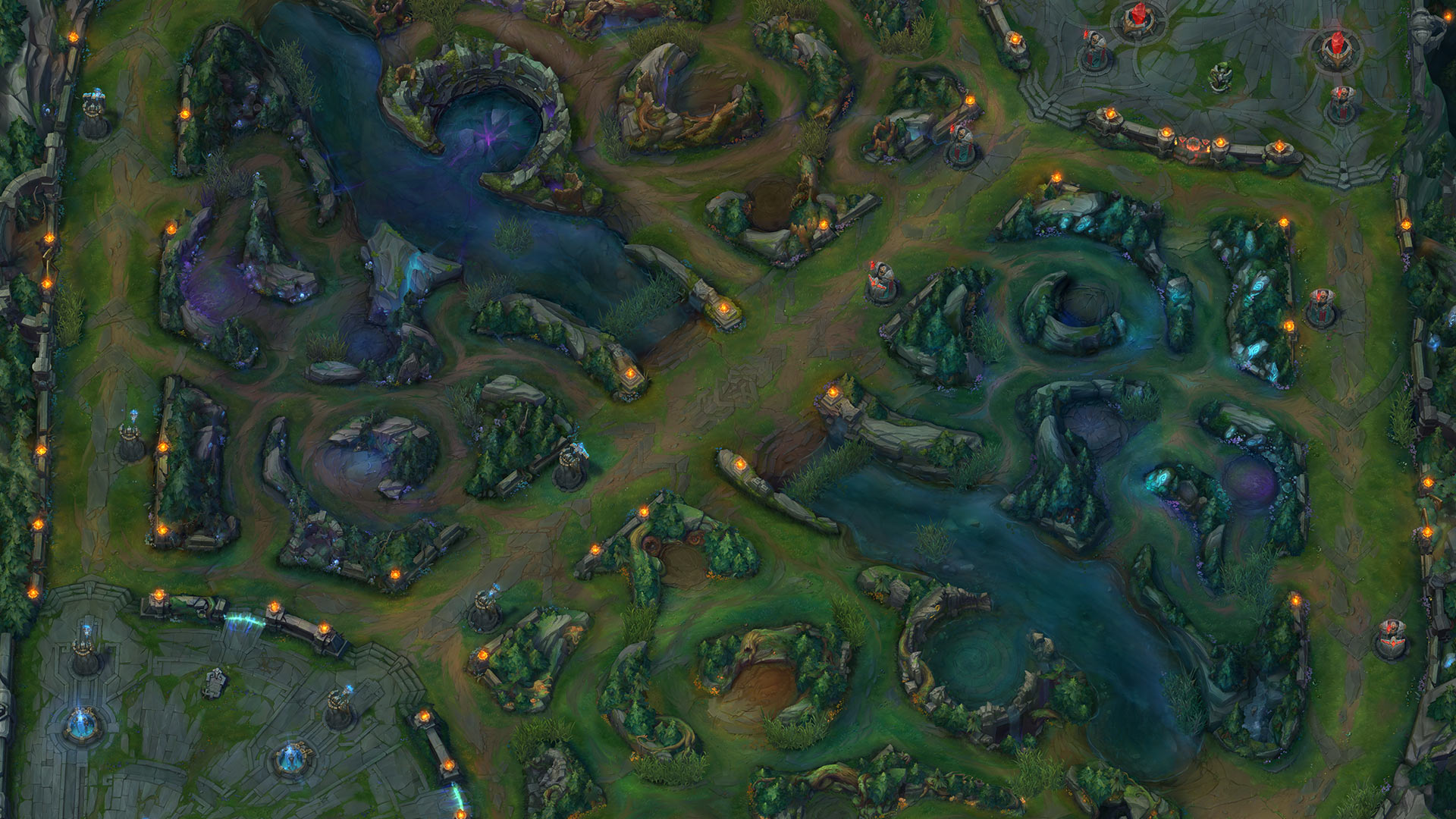 The good news is that we prioritized tech sustainability during Ultimate Spellbook's development and will continue to do so going forward. Sustainability is why we can increase the size of Spellbook's ult pool by 70% without needing 170% of the original dev time. We can also reuse Spellbook's tech for other modes in the future. Things like selection UI, improved memory and performance tracking, and even the framework to randomize a set of gameplay elements are all tools at our disposal now.

Looking ahead, we're already brainstorming and prototyping options for our next new game mode. We’re still pretty early in development, so depending on how things go, it might be a bit before we’re ready to share more.

This next mode will explore the chAmplified space, but we also recognize that League isn't a one-size-fits-all kind of game, and neither are its modes. For example, Ultimate Spellbook resonated more than previous modes with Ranked players, but some folks would rather see something more chill, stress-free, and collaborative. Maybe you want to play a game with a friend who's brand new to League—there could be a mode that's specially designed for partners with highly-varied skill levels. Got five minutes between classes? Imagine squeezing in a quick scrim before the bell rings. There's such a wide variety of players around the world, and we want to build something for as many of you as we can.

No matter which direction future modes take, we’re still aiming for high sustained engagement—if a good amount of you aren’t enjoying it, then perhaps our time is better spent improving other modes or creating new ones. So help us out: Let us know what makes you and your friends want to spam a mode on repeat for weeks and weeks!

Thanks for taking the time to read through this update. We're optimistic about the future of modes in League and will keep developing awesome experiences for years to come. Til next time, see you on URF! 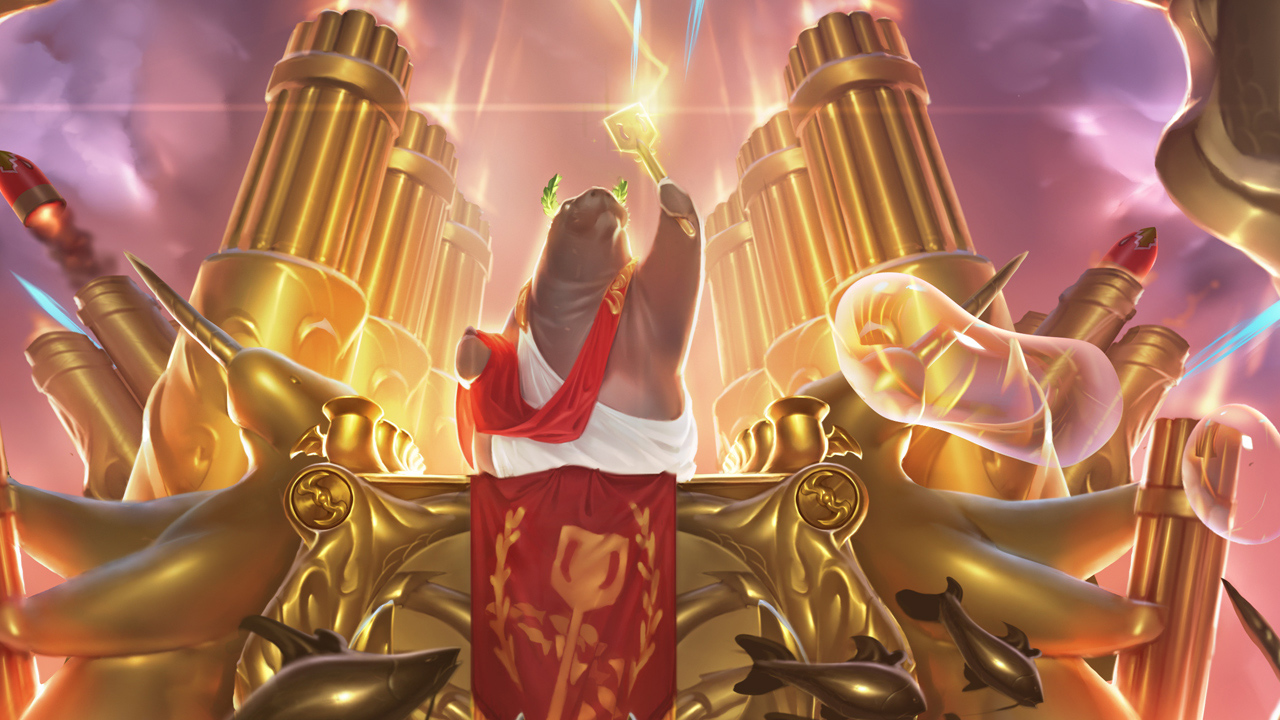