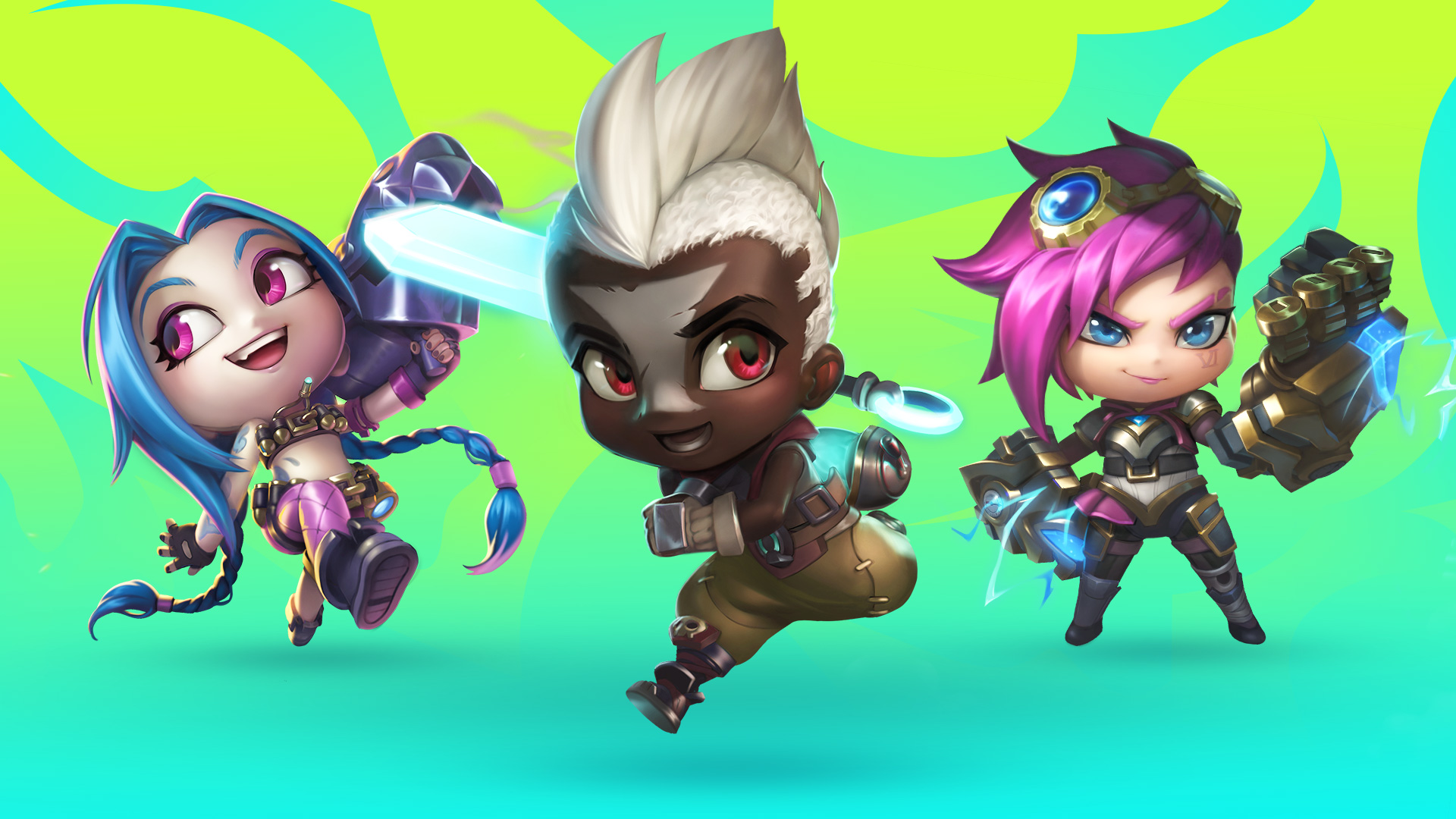 Everything you need to know about our newest Tacticians, Chibi Champions!

Getting zapped to life with the release of Gizmos & Gadgets (patch 11.22) are our newest Tacticians yet, Chibi Champions! Chibi Champions are bite-sized versions of their League of Legends counterparts, with all the team-fighting talent and portal-making power of Little Legends. Making their debut on the Convergence first? Chibi Ekko, Chibi Jinx, and Chibi Vi!

Chibi Champions are similar to Little Legends, with a few key differences. First off, Chibi Champions are purchasable directly from the store for 1900RP. That’s because they don’t come from eggs, they come from—well, we’ll reveal that at a later date. They also won’t join you in ARAM games, because giving an Ekko a Chibi Ekko to echo their movements would be... confusing. Oh, and once you do get one, or all three, you won’t need to spend Star Shards to level them up, cause they’re already stars—aaaaannnd they don’t have 2 or 3-star variants.

These pint-sized playable characters are super mega cute, but don’t let that fool you. They’re packed with special features just waiting to break from the vault. Chibi Champs come with their own boom animations (which can be unequipped at will), that’ll allow you to deliver super-sized damage to your opponents in chibi-sized style. So while they may be smol, they are also mighty.

As the fun, TFT-y versions of their Runeterran counterparts, Chibi Champions also come packed with personality, sporting some of our coolest dances, taunts, and laughs to date. Jinx and Vi unleash their inner angst on their very own punching bag bot, while Ekko and Jinx perform chibi-fied covers of their favorite songs. And then there’s—eh, I won’t spoil them all, but scope the animations below and let us know what ya think! And who knows, if you love Chibis as much as we do, then there’ll surely be more to come!