Happy June! Y'all ready for a summer of fun (safely indoors on League?)

This patch, we dipped our toe in the usual pool, adjusting some champions that have been standing out, some of whom have been in a rough spot (Akali, Brand, Viktor, Xayah). We're also carefully dialing down a few pro outliers, like Trundle and Varus, to a fairer middle ground in the scope of the game. Finally, we're pushing a few changes and smoothing out a couple bugs to our epic savage of a bear.

But more noticeably, we've done a pass on some of our more underutilized and niche runes to broaden their use for more champions. Some felt just too unintuitive to really understand the benefits they were giving and some just felt too difficult to actively trigger for the maximum value. Hopefully, these changes will help players widen their horizons when it comes to picking runes that best suits their playstyle. We also went and did a similar check for Summoner Spells and found that Ghost was in the same boat as the affected runes. Now, those looking to be faster than a certain blue hedgehog might feel more compelled to ghost their other Summoner Spell options and check this one out for size. 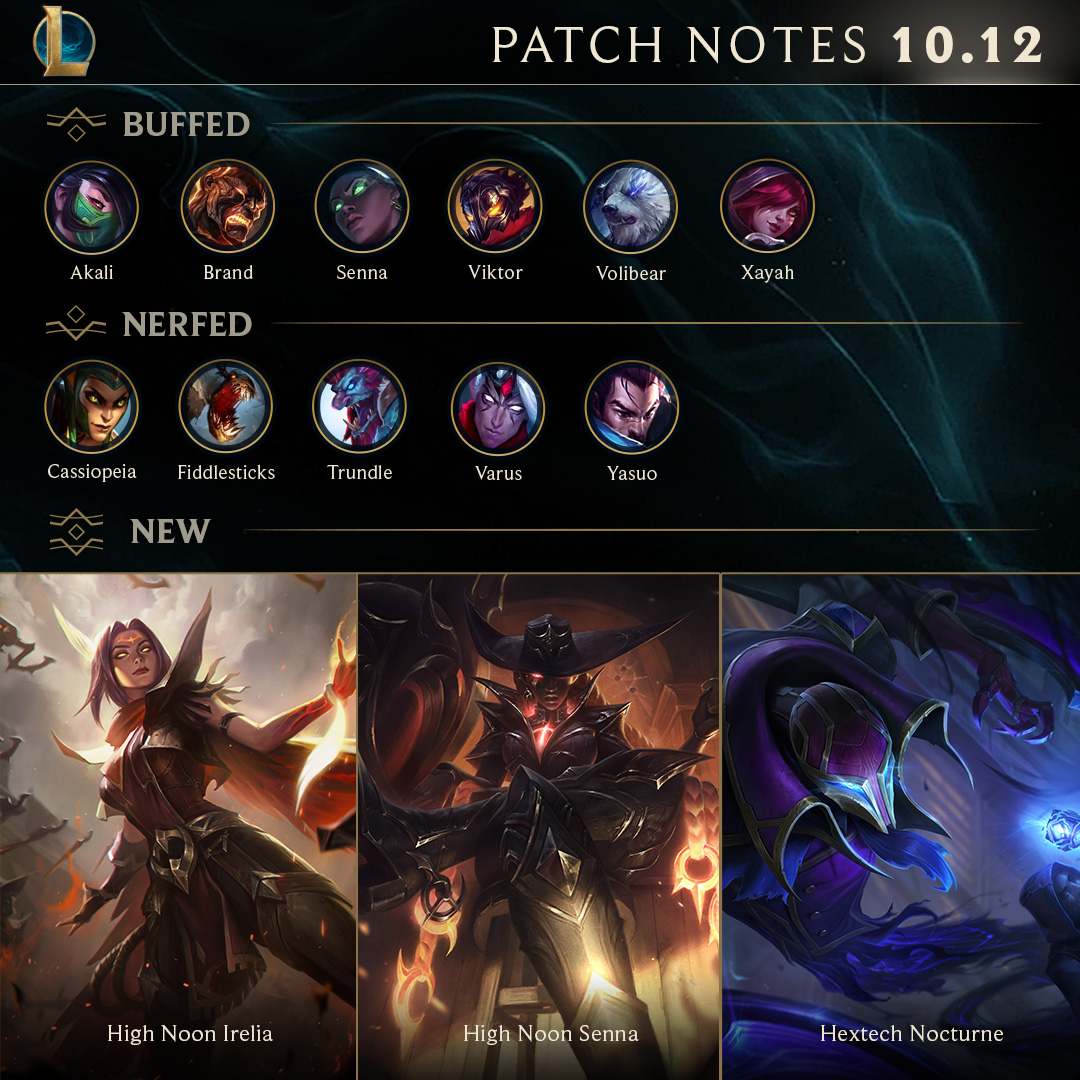 Akali’s full of cold steel and competitive potential, but we aren’t really seeing her in pro play yet. Since she’s normally limited by pro, we’re giving her some baseline effectiveness by boosting her bread-and-butter damage ability.

Bringing up Brand’s mana restore in the hopes that it’ll punch up his mid lane status without pushing his power as a support over the line. We’re pushing this mid-favored lever way harder than ever before to see if it’s effective in making him viable there.

This serpent has been embracing both top and bot with open arms, and we’re primarily aiming for these changes to scale back her prowess in those lanes. With that being said, we’re softening the nerf to mid lane Cass by subtly bumping up her magic resist defenses.

Fiddlesticks reaped more benefits than we’d intended with our last set of buffs, so we’re trimming down his power around minion waves while taking care not to scare him off top lane.

ADC Senna’s been in a weak spot since her last set of changes in 10.6, so we’re giving her more chances to redeem more benefits from farming. We've also fixed a bug that caused her to have longer auto windups while critting, which should significantly improve her crit itemization.

Though we took some power out of his Subjugation, Trundle is still the top troll in competitive play. We’re aiming at reducing his safe escapes from sticky situations by toning down his early mobility. Also rounding some base stats out because those decimals are as ugly as he is.

Varus' Lethality build is overtaking his other options, especially in pro play— and he’s just generally blighting his competition overall. This build makes him an early game powerhouse and we don’t want to take that away from him, so we’re tuning down his scaling so that he pays a fairer cost later in the game.

Empowering Viktor’s mid-range dueling so that he doesn’t have to solely rely on his E to be effective.

Since release, Voli has been underperforming in his top lane, especially in higher levels of play and even with the mid-patch updates from earlier this week. Which is fine in theory since his top lane is secondary to his primary role (jungle), but the difference is just a little too wide at the moment.

So these additional changes focus on improving the fluidity of his ability casts and gameplay satisfaction, while also giving him some general baseline strength. Now, hitting abilities and outplaying your opponents should result in some tangible success (takedowns, successfully escaping, etc.)

After dominating pro play for most of last season, Xayah’s been plucked from the top tiers. Buffing her R damage to reward more aggressive plays. Go on, ruffle some feathers!

Yasuo has been outshining in bot while remaining rather lackluster in solo lanes, so we’re bringing up the cooldown on a spell that is the most effective there while giving him a little padding on his shield, since it’s easier for bot lane enemies to poke it down. We’re hoping these careful adjustments will reduce his power bot while impacting him less when he’s solo.

P - Way of the Wanderer

Approach Velocity and Unflinching have very low pickrates and unintuitive functionality. The goal is to broaden them so more champions can use them, while also making them simpler so each rune is more understandable. 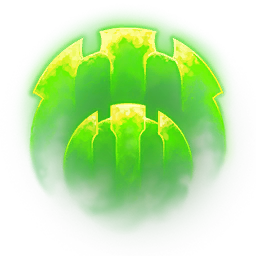 Guardian is a powerful keystone that’s been largely unpicked and ignored, despite outperforming other keystones like Aery and Aftershock on individual champions. We’re zhuzzing it up by giving players more agency over when it triggers and sharpening its intended defensive output by replacing the movement speed buff with extra strength in the shield. Altogether, we’re aiming for this keystone to still have a similar power level despite these changes, but finessed in a way that is less frustrating and more reliable to play around with. Maybe it’s time to let your guard down with this one! 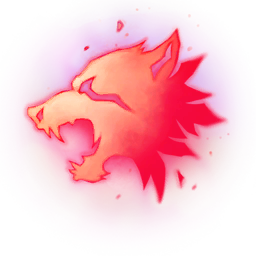 While delivering on an excellent fantasy, Predator often loses sights on its prey by having a difficult cast paradigm and unintuitive optimizations. We’re attempting to broaden it from its niche role on a few junglers to making it more of a standard initiation option.

COOLDOWN 150-100 seconds ⇒ 100-70 seconds
DAMAGE 60-180 (+0.4 bonus attack damage) (+0.25 ability power) ⇒ 30-90 (+0.2 bonus attack damage) (+0.1 ability power)
I’M GOIN, I’M GOIN Active is no longer disabled for the first 150 seconds of the game.
newRUN, RUN AS FAST AS YOU CAN Upon completion, Predator now grants 45% bonus movement speed while moving towards enemy champions at a range of 3000, including enemy champions out of vision
removedCHANNEL INTERRUPTION Active is no longer interrupted if you cast an ability or enter combat (still has a 1.5 second ramp up time for damage effect and full movement speed)
newCHARLIE, THAT HURTS Predator now only deals damage and ends the hunt against enemy champions.
DURATION 15 seconds ⇒ 10 seconds

Unflinching and Approach Velocity have very low pickrates and unintuitive functionality. The goal is to broaden them so more champions can use them, while also making them simpler so each rune is more understandable.

Ghost has been a non-viable summoner for many champions for a long time now. Adding some power that emphasizes its strengths relative to other summoner spells with a sustained mobility effect for those using it aggressively.

Pushing the terrain a bit further in their gameplay scope.

The following skins will be released in this patch. Grab the League Displays app for full-res splash art! 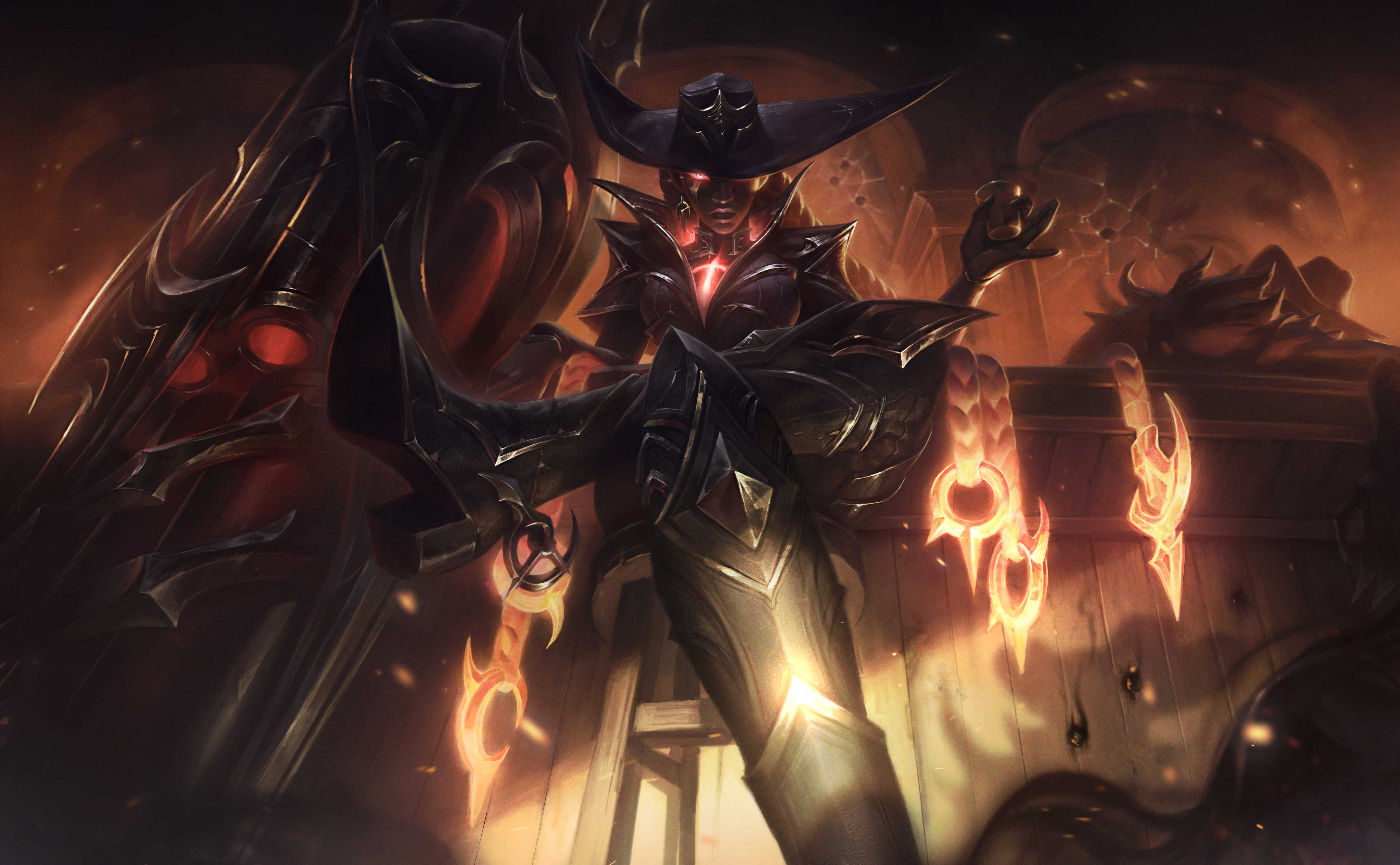 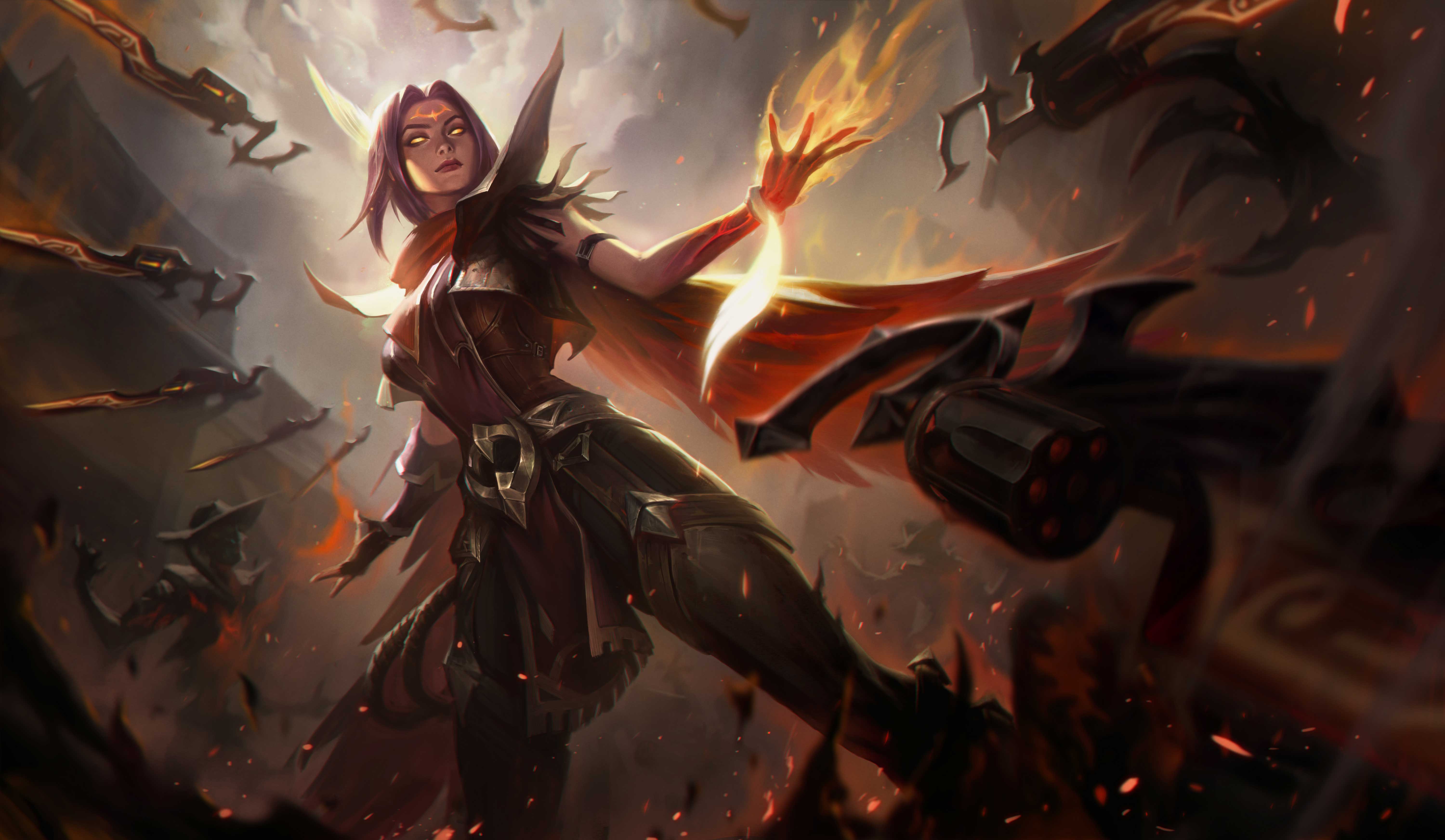 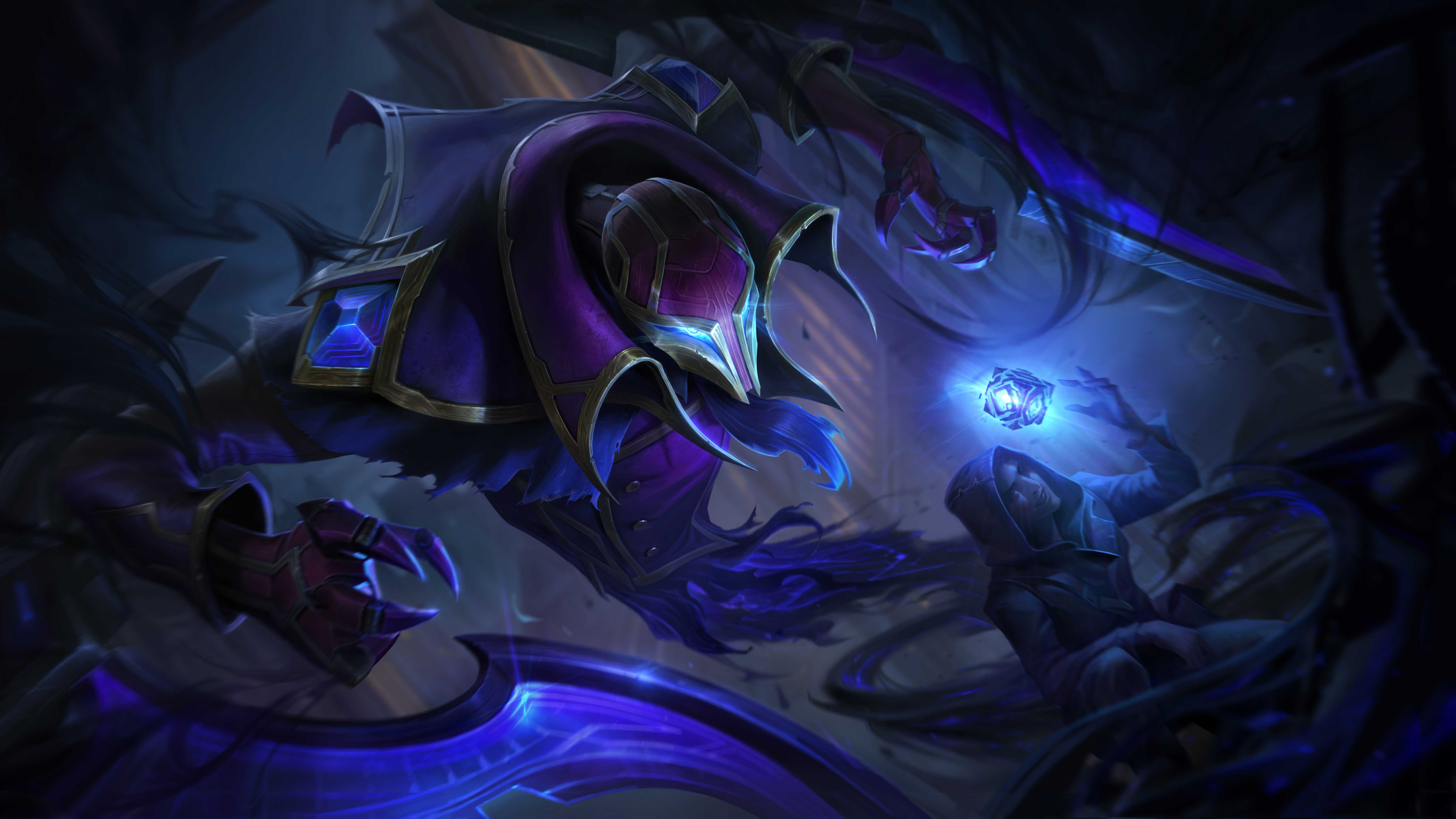 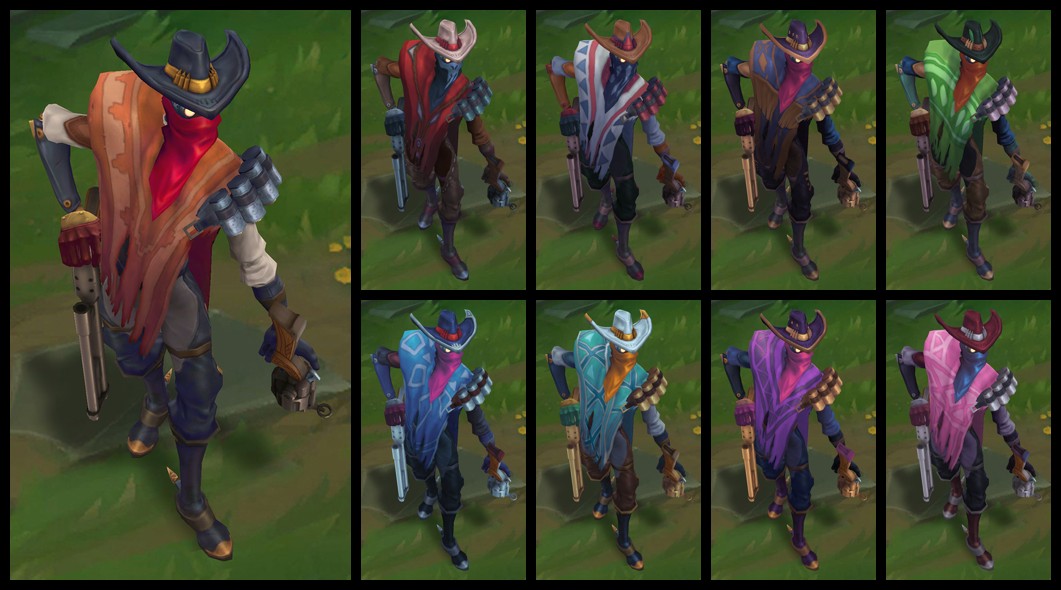