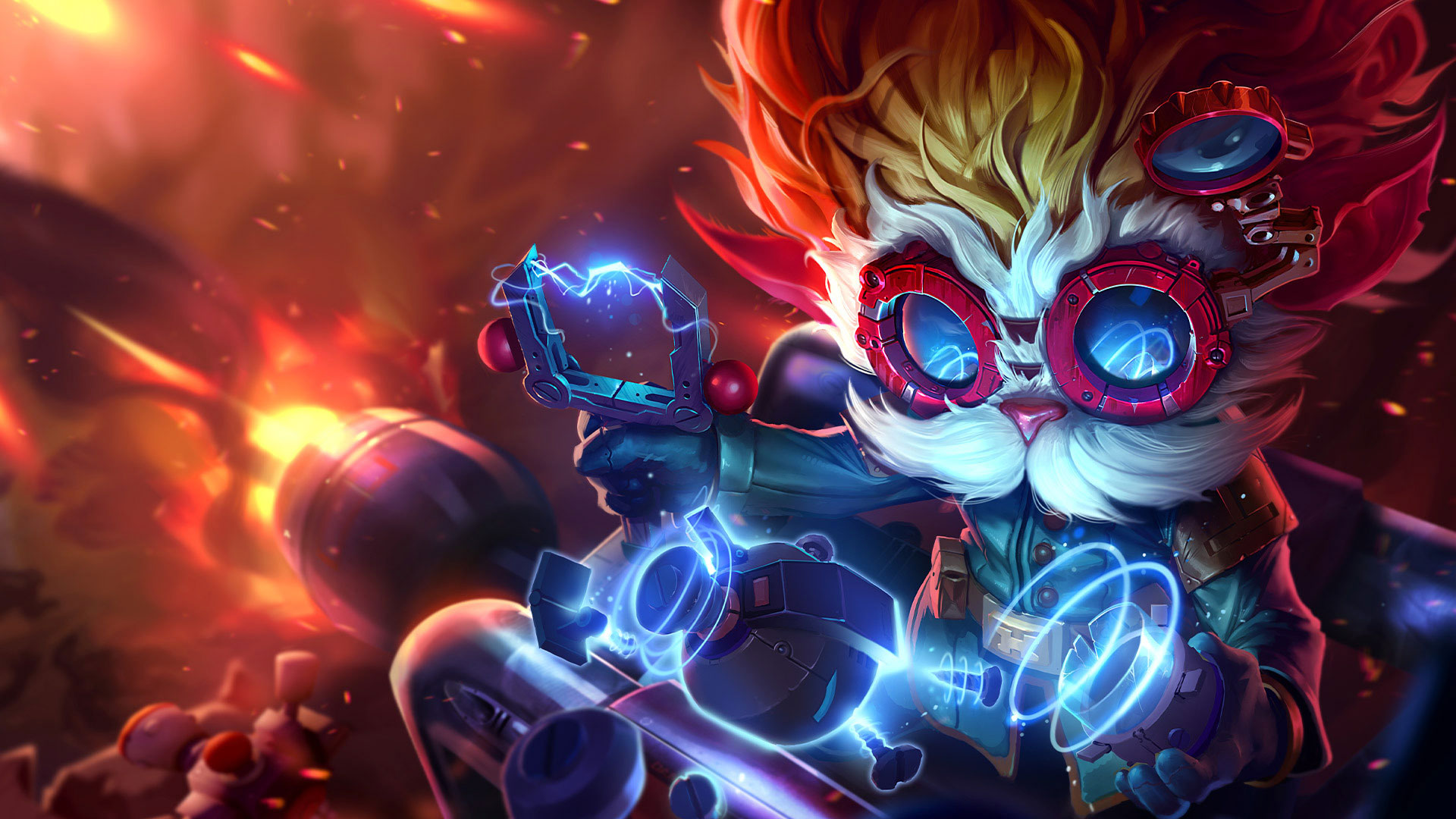 From October 21-24, your favorite creators and top players from around the world will battle it out in a special PBE competition featuring TFT’s upcoming set Gizmos & Gadgets.

TFT’s latest set, Gizmos & Gadgets, goes live with patch 11.22, but before it hits live, the set’s got one more—PBE. The Public Beta Environment (PBE) gives the devs some time to test for bugs, and continually balance the game. It’s also the environment where players of all skills invent and then reinvent the meta. And while we’re all tinkering with the new set mechanic, traits, and champions, why not also throw a little tiny super high-profile competition?

That’s why we’re partnering with Wisdom Media to bring you PBE Clash: TFT Gizmos & Gadgets! Taking place on October 21-24 on PBE and the not-yet-live Gizmos & Gadgets set, this competition features your favorite TFT content creators and top players from around the world. These players will be busting out their lab coats and safety goggles to dream up and meme up the best team compositions in a competition that may just break the set, but don’t worry the devs will fix it. The last two days of the event will be broadcast on Twitch, so tune in on October 23-24 to watch the remaining competitors battle it out for the title of Innovator Supreme and $5,000 in prizes!

We can’t wait to see what combos and strategies the competitors are able to ride to glorious victory...or spectacular defeat. This will be the first true test for Gizmos & Gadgets competitive play, so the TFT team will be watching closely right along with you to see how the set is shaping up!

This competition will bring together 16 of TFT’s biggest personalities from around the world, but we’re looking for more highly skilled and accomplished TFT veterans to join them! You can apply for one of 64 spots for the tournament here. Sign-ups will be locked on at 11:59 PM PT on October 17.

PBE Clash: TFT Gizmos & Gadgets will run from October 21-24, with each day starting at 6 AM PT.

16 Players from Day 1 play 4 games in the same lobby, with the top 4 from each lobby advancing to Day 3.

16 invited players will join the 8 qualifiers from Play-ins. Players will play 3 games, with lobbies rotating every game. Top 16 overall scorers advance to play 3 more games with a point reset between stages. The top 8 scorers move on to the Finals.

You can watch Day 1 and 2 on participating players’ individual streams, and join us on Twitch for the Group Stage and Finals at 6:00am PT on October 23-24.