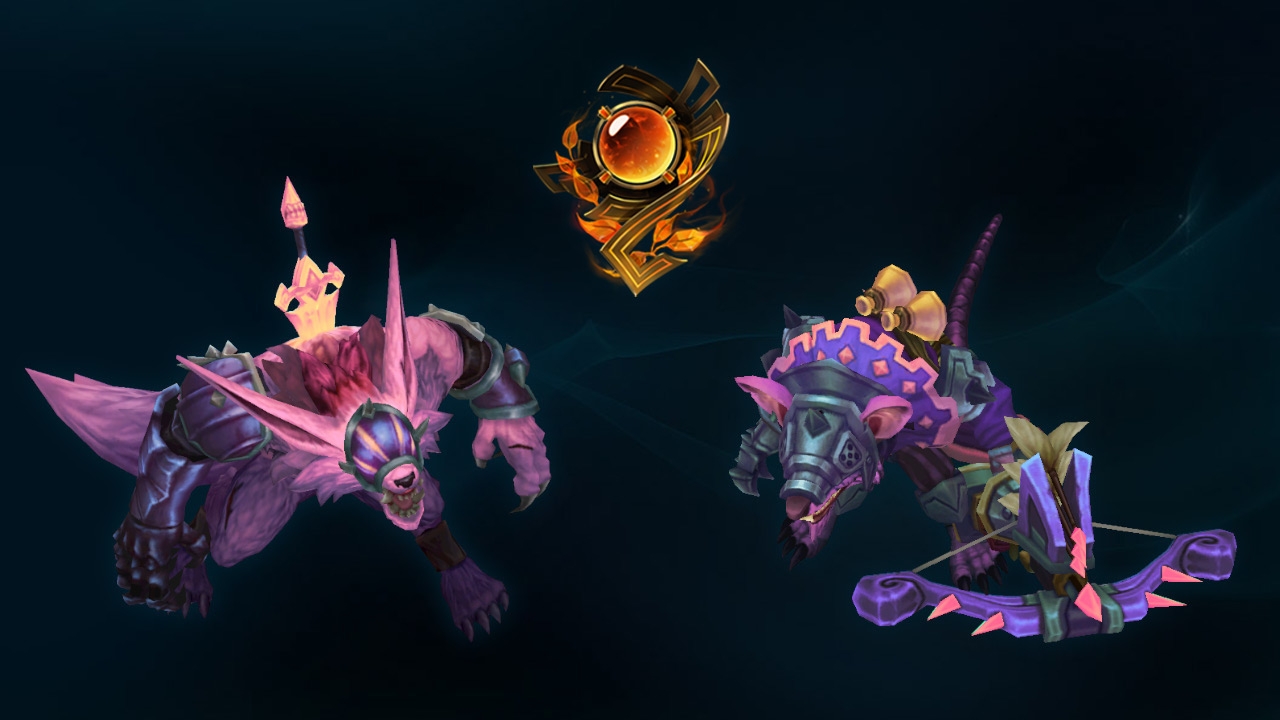 Each season, we add new chromas for the Medieval Twitch and Grey Warwick Honor skins to keep the rewards coming for League's most sportsmanlike players who reach Honor 5 season after season.

We debuted Honor chromas in 2019. Our originally-announced plan was to automatically grant both chromas to Honor 5 players, but we shifted in development to grant a token so you wouldn't have to unlock both skins before unlocking chromas. Since we had already promised both chromas, we gave away two tokens as a one-time adjustment to honor our word and announced that in future years, Honor 5 capsules would only contain one token.

Fight honorably, and we'll see you on the Rift!