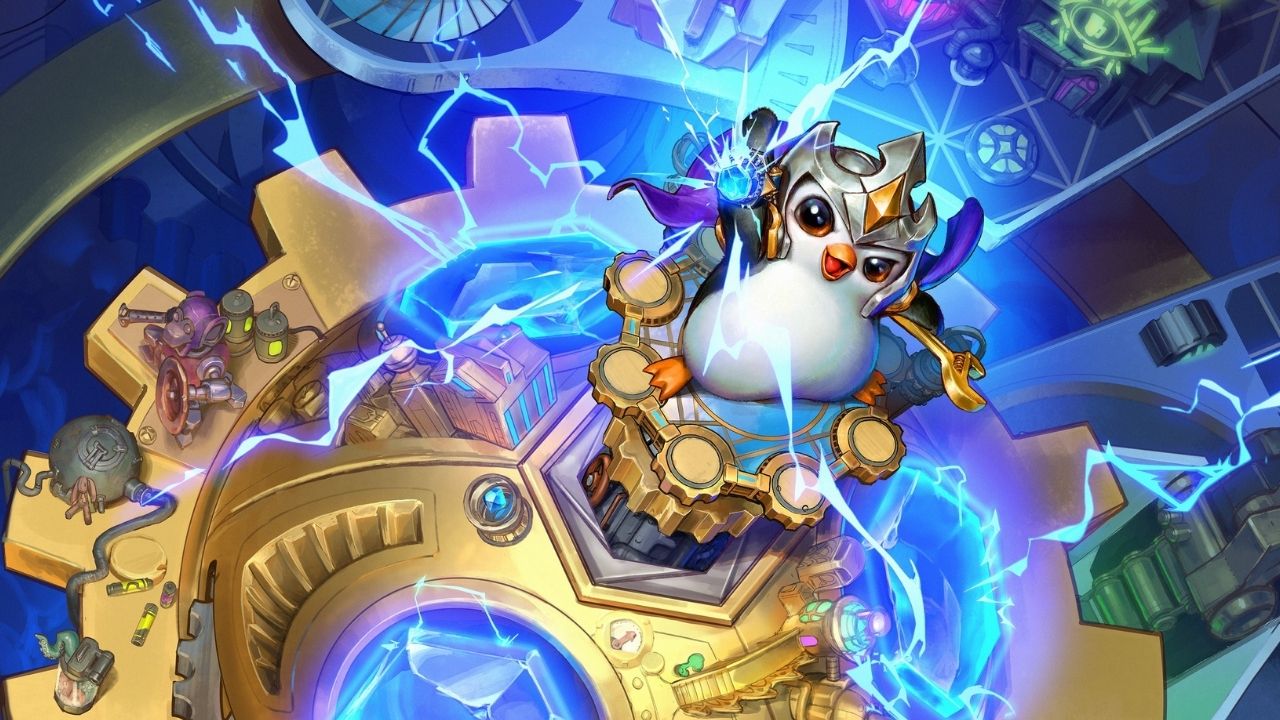 Welcome to Teamfight Tactics: Gizmos & Gadgets! A world of crazy experiments, magic run amok, and groundbreaking new technology. With machines to assemble, chemicals to concoct, and new strategies to discover, anything is possible. With the new set, we’ve got new champions, traits, Hextech Augments, Hyper Roll changes, and G&G themed rewards. There’s a lot to uncover, so let’s get to it! 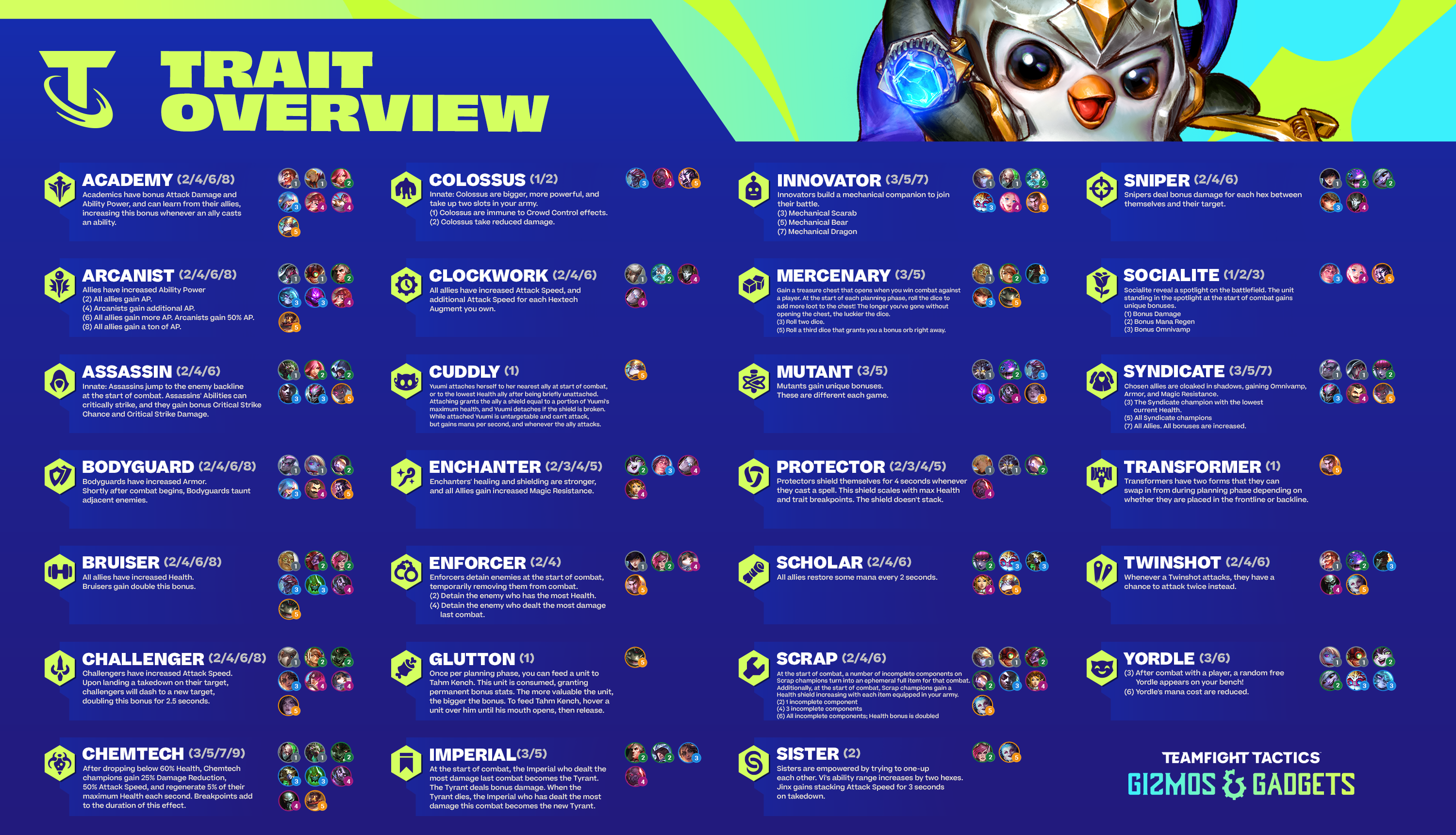 Look blurry? Instead of getting your eyes checked out, try this link to a high res version. 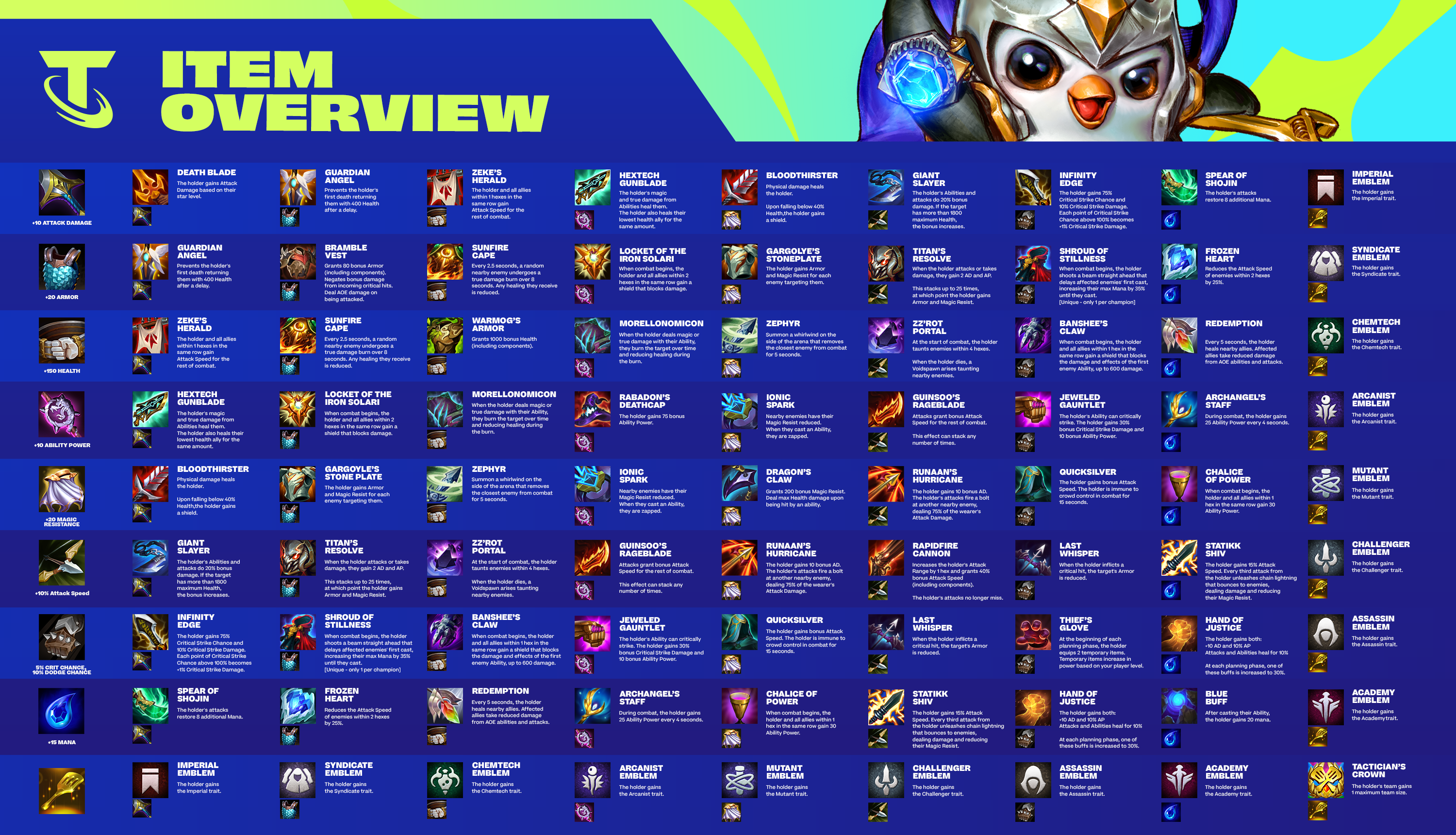 The cheat sheets above should give you a good idea of the champions and traits in the new set. But if you want to dive deep into all the stats and new items, we recommend heading to one of the sites listed below.

Here are some highlights from the brand new 1295RP Pass+ during TFT: Gizmos & Gadgets! You can read more about the Pass and more here! As with past passes, you’ll get rewards for earning XP; but to unlock all the exclusives listed below, you’ll want to upgrade to the Pass+. The G&G Pass formally enables Wednesday, 11 AM PST, along with all the other store content. 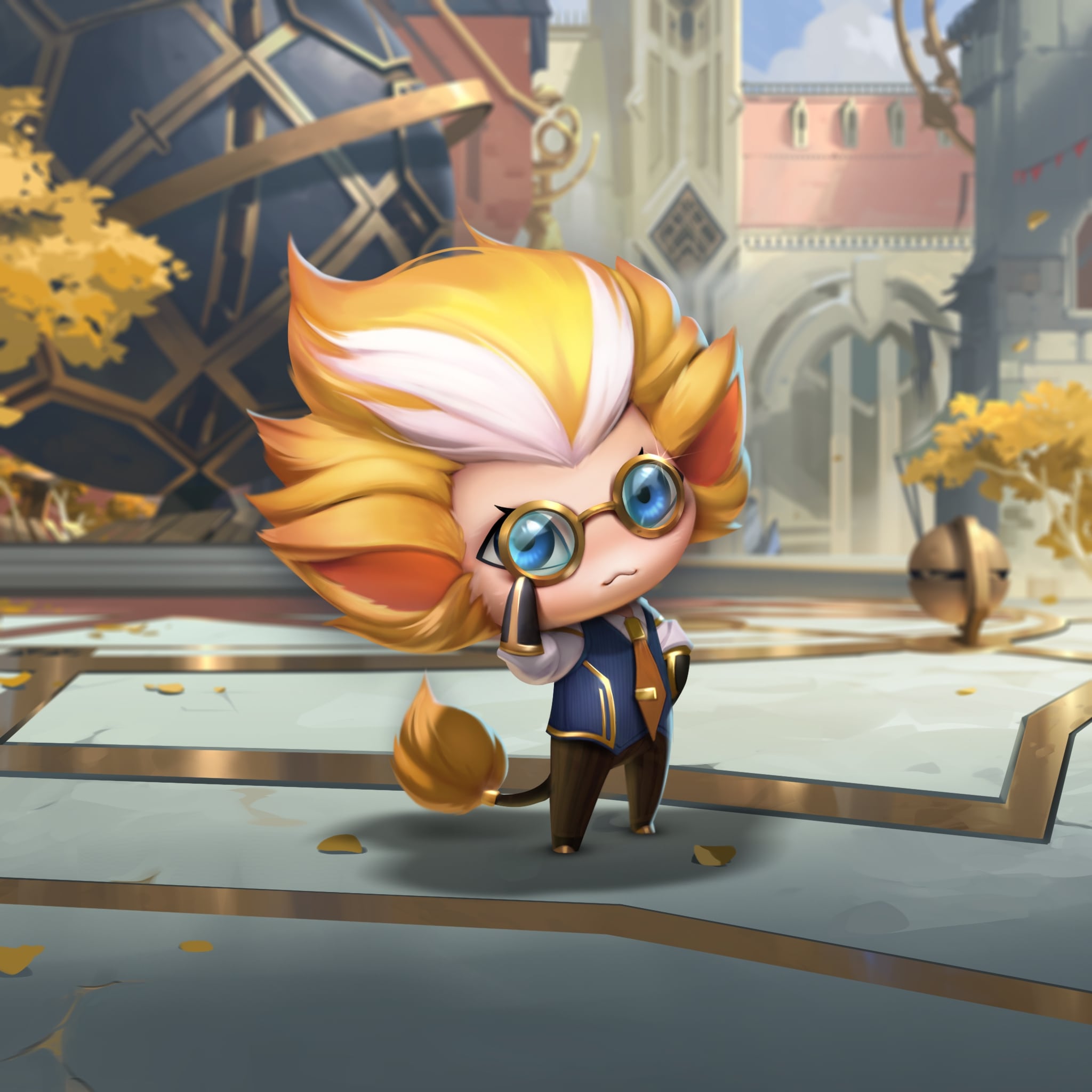 That’s DOCTOR Shisa to you. 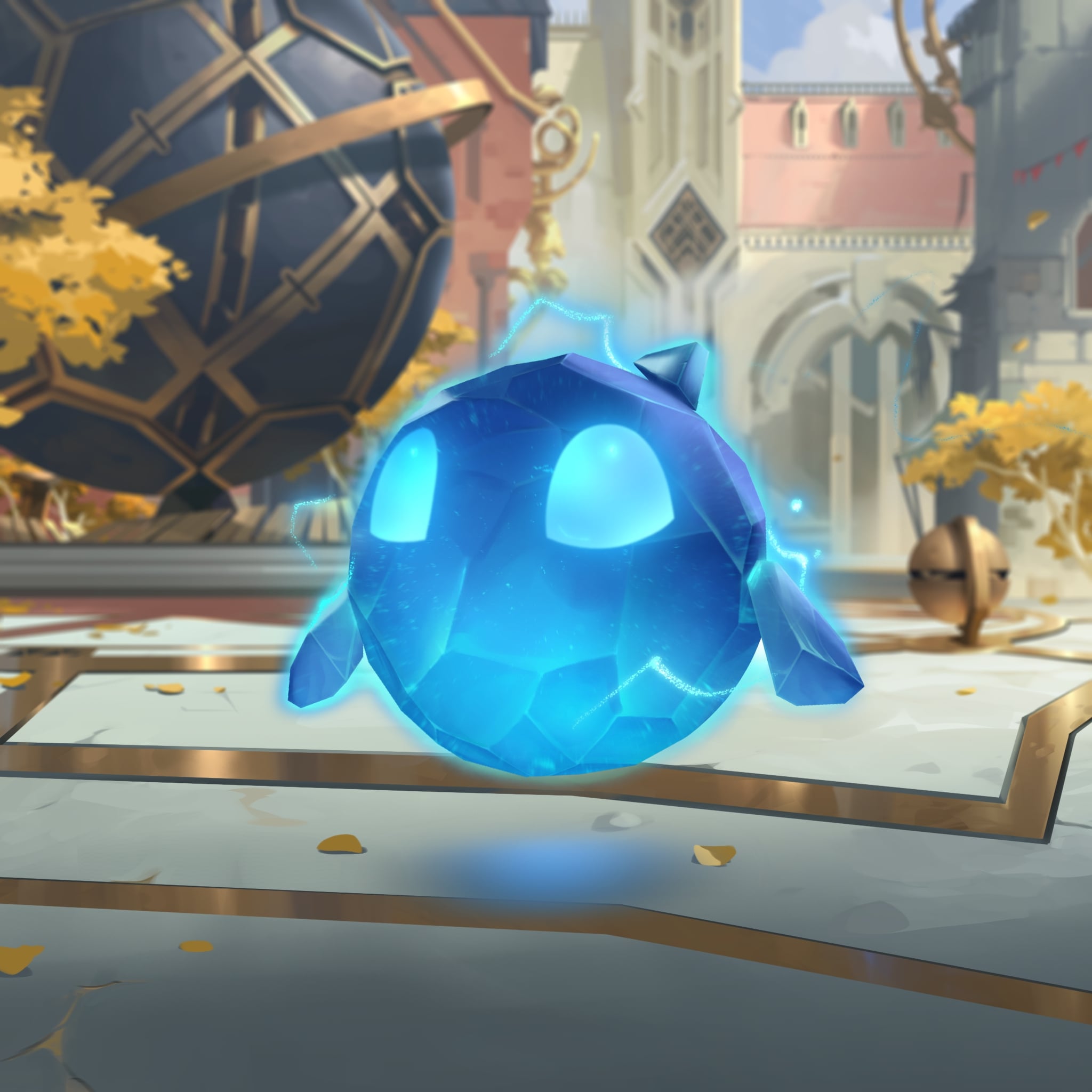 The power to change. The Sprite that never does.

Our newest Tacticians are bite-sized versions of their League of Legends counterparts, with all the team-fighting talent and portal-making power of Little Legends. Making their debut on the Convergence first: Chibi Ekko, Chibi Jinx, and Chibi Vi! They come with their own unique boom and playful animations. Pick em up for 1900RP, and read more about them here.

The Ingenious Inventors are here! 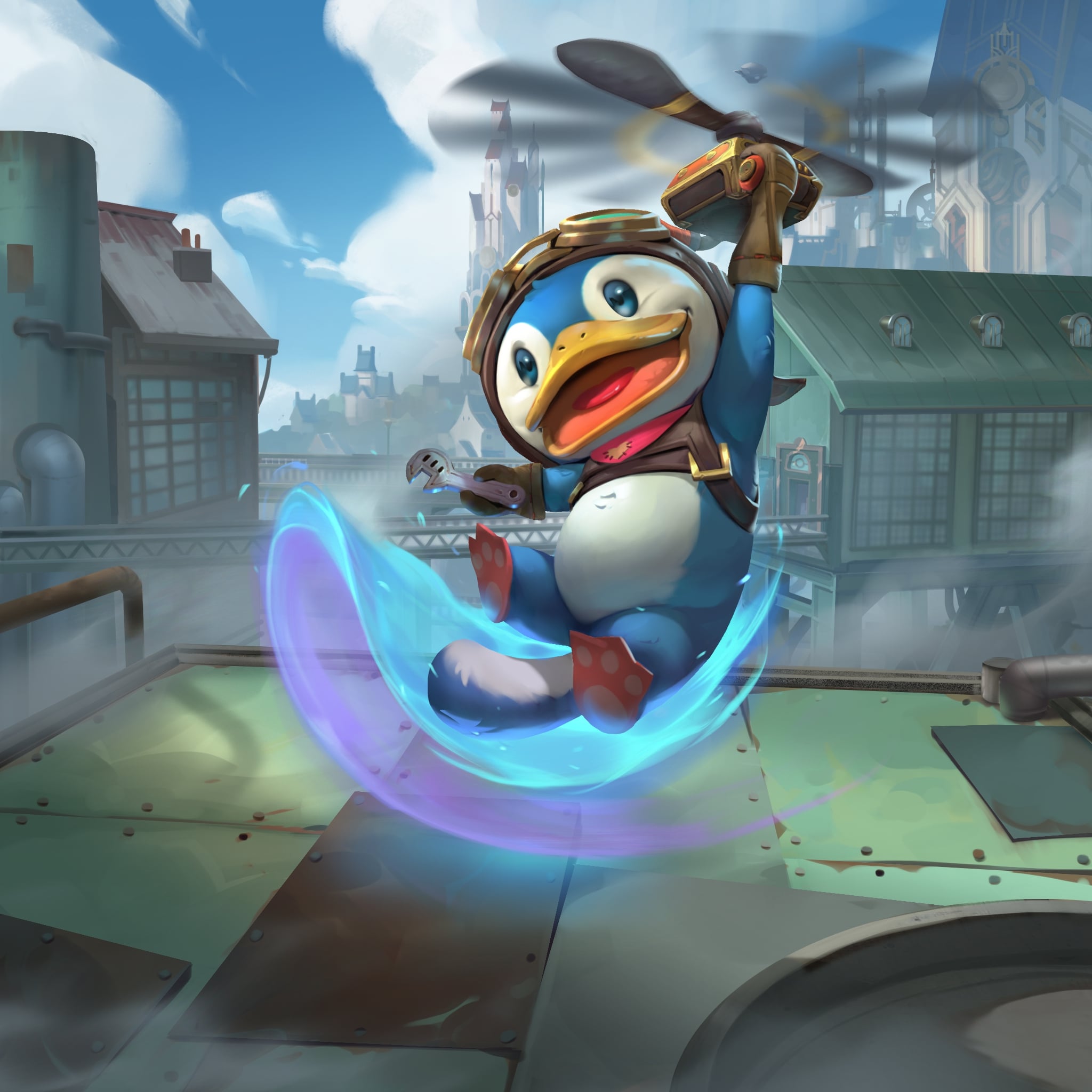 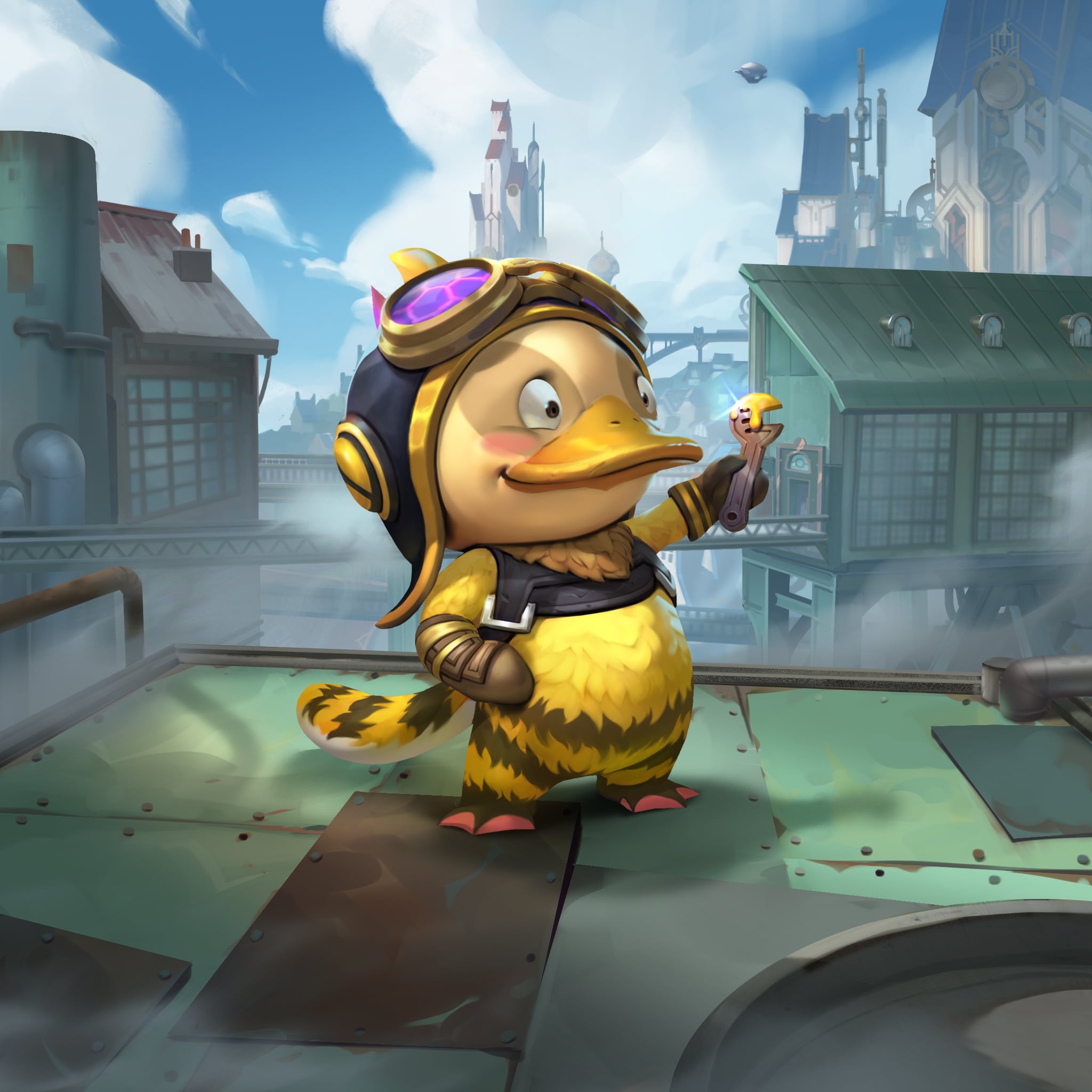 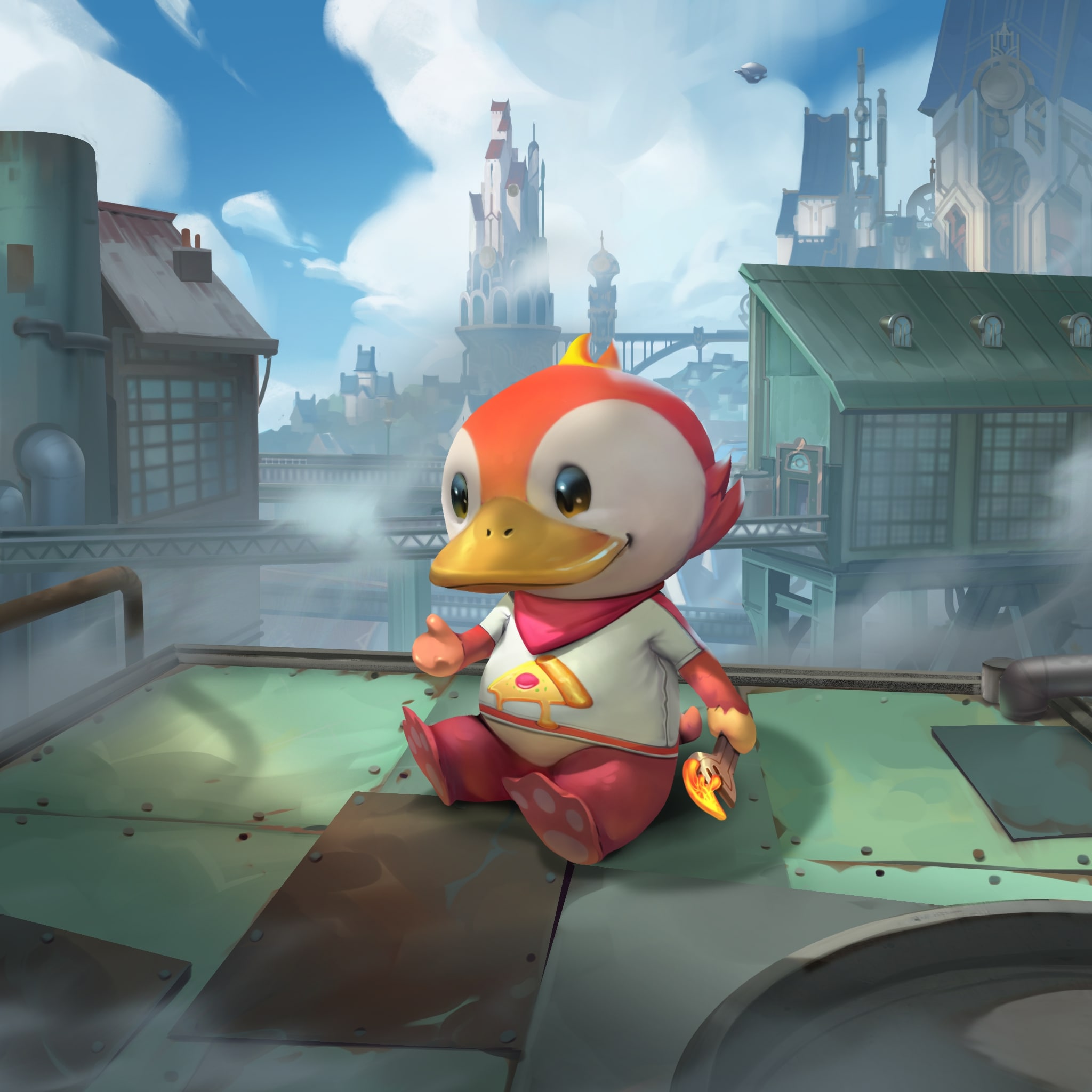 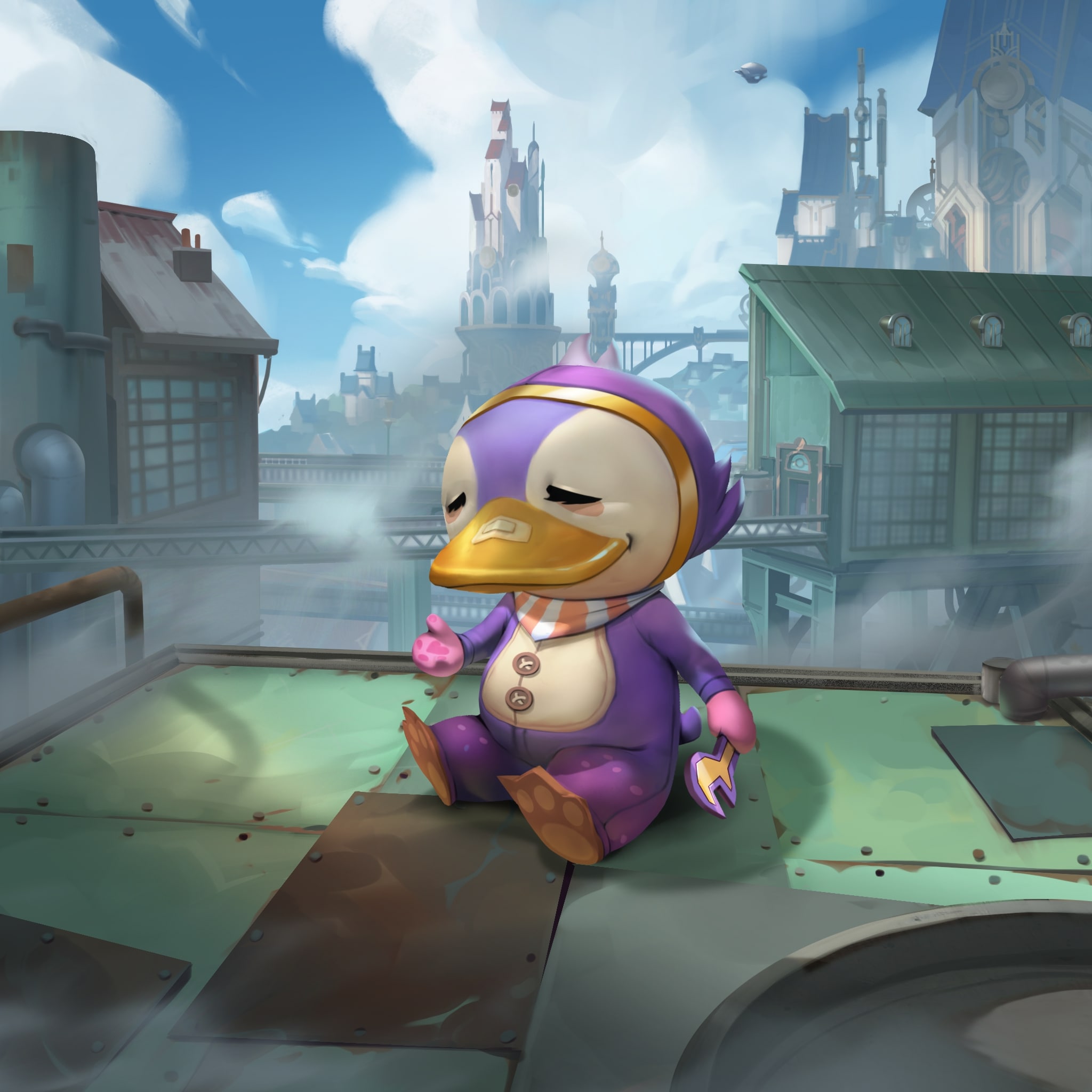 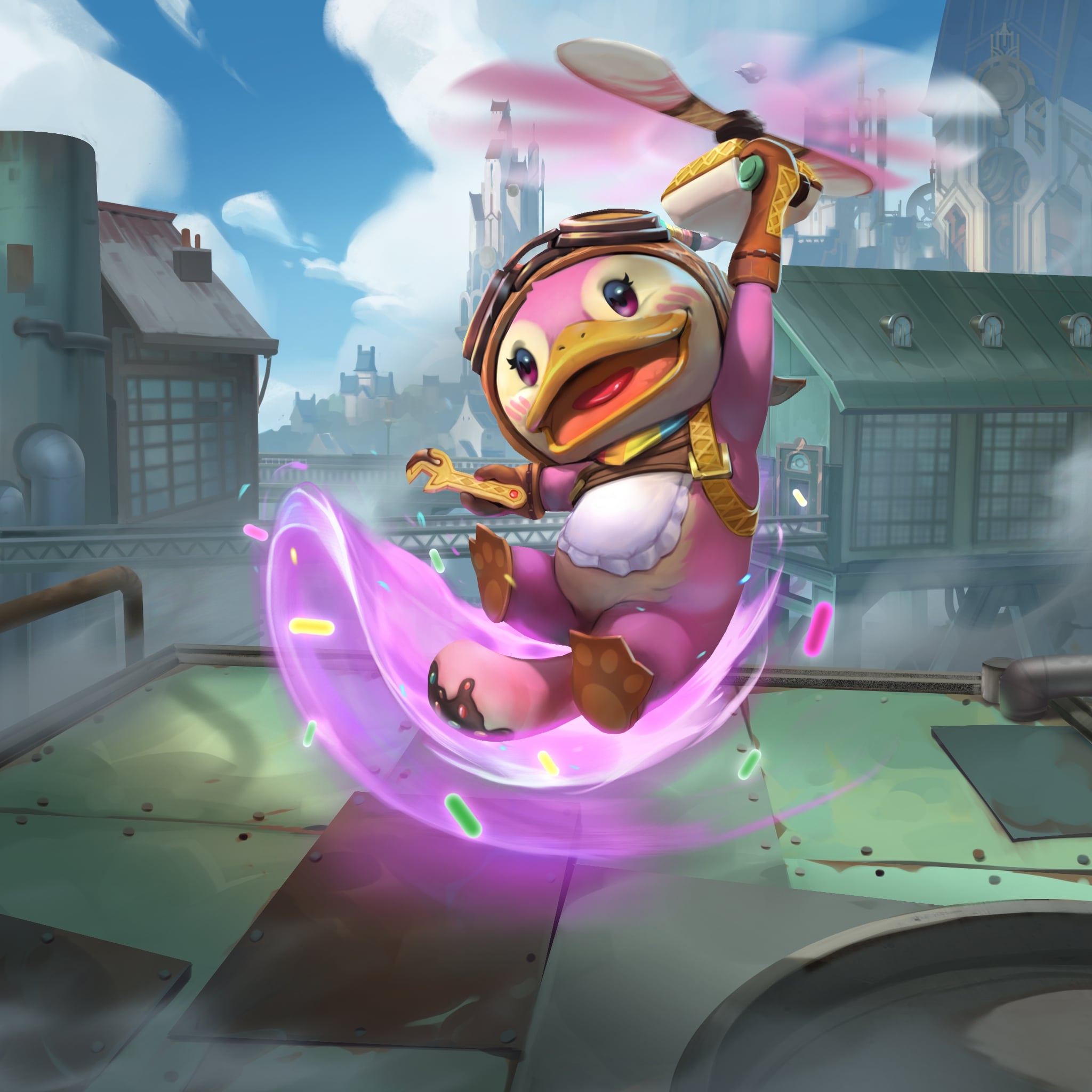 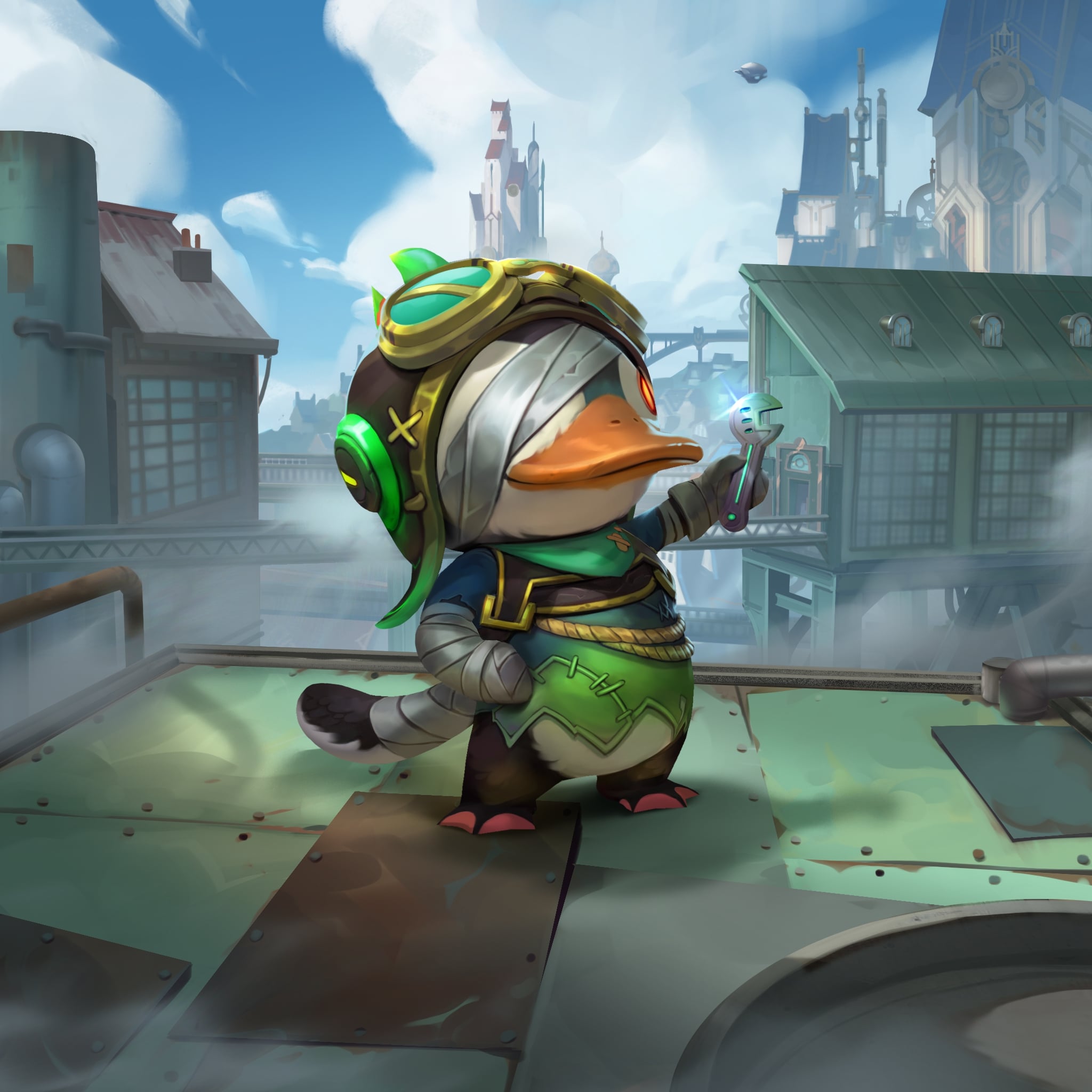 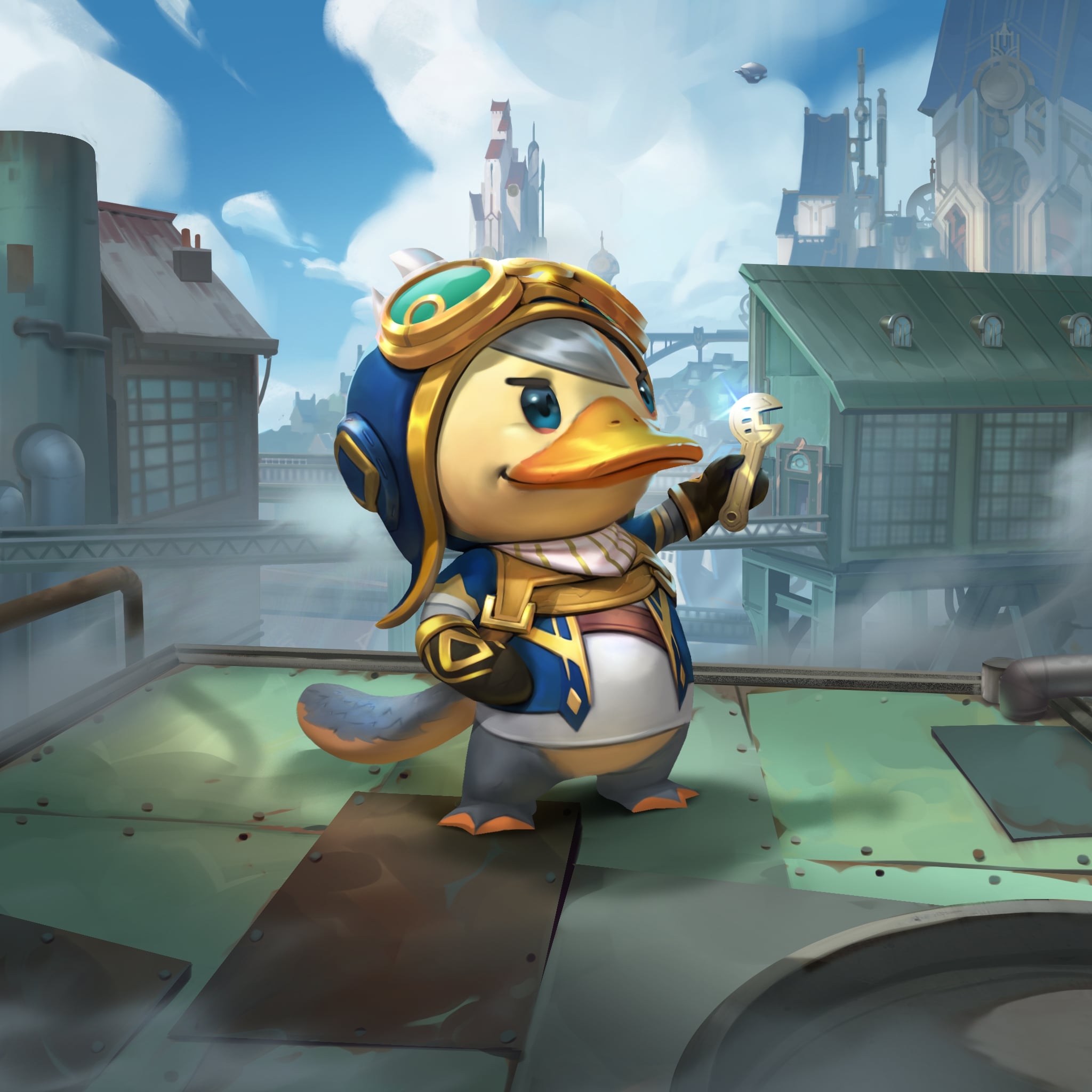 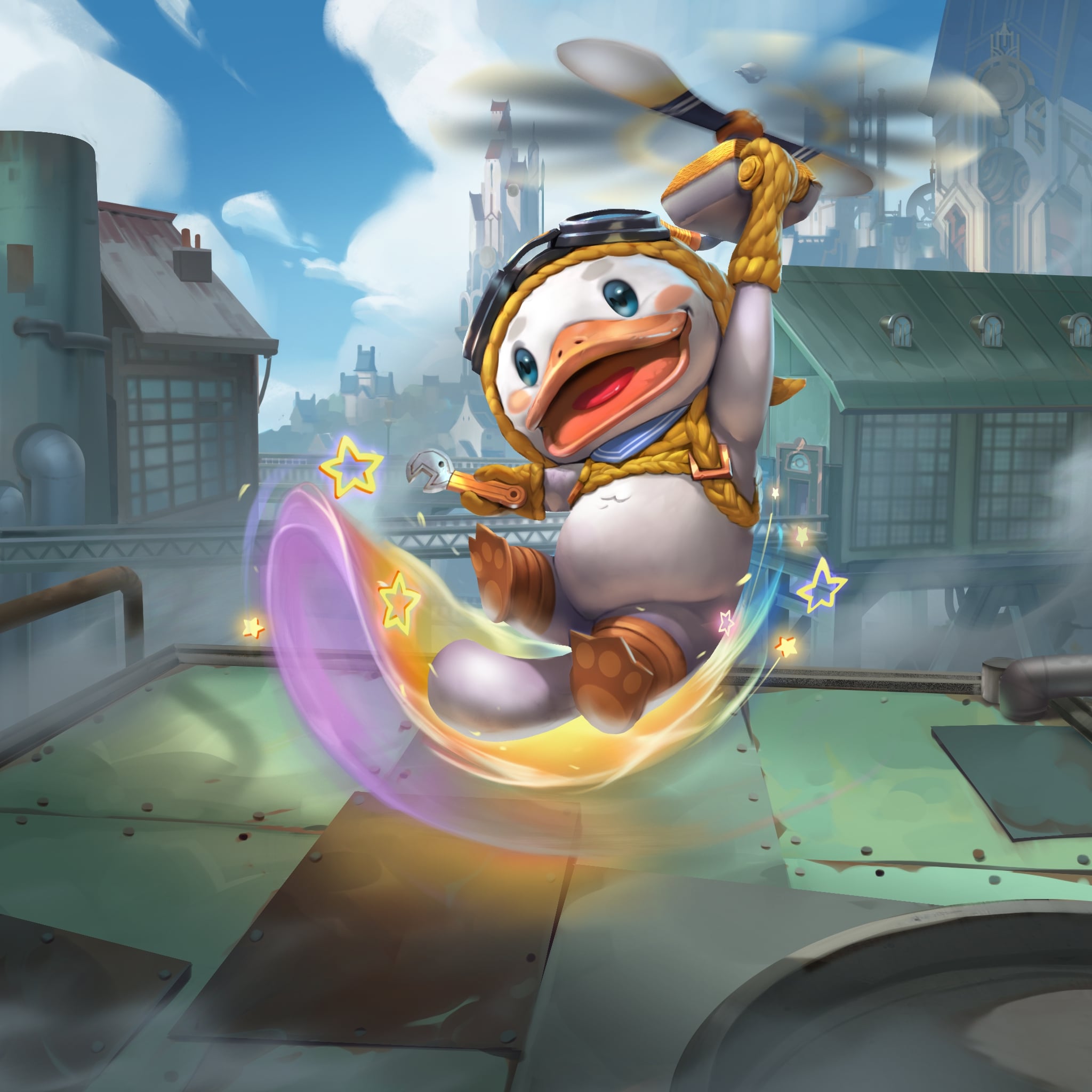 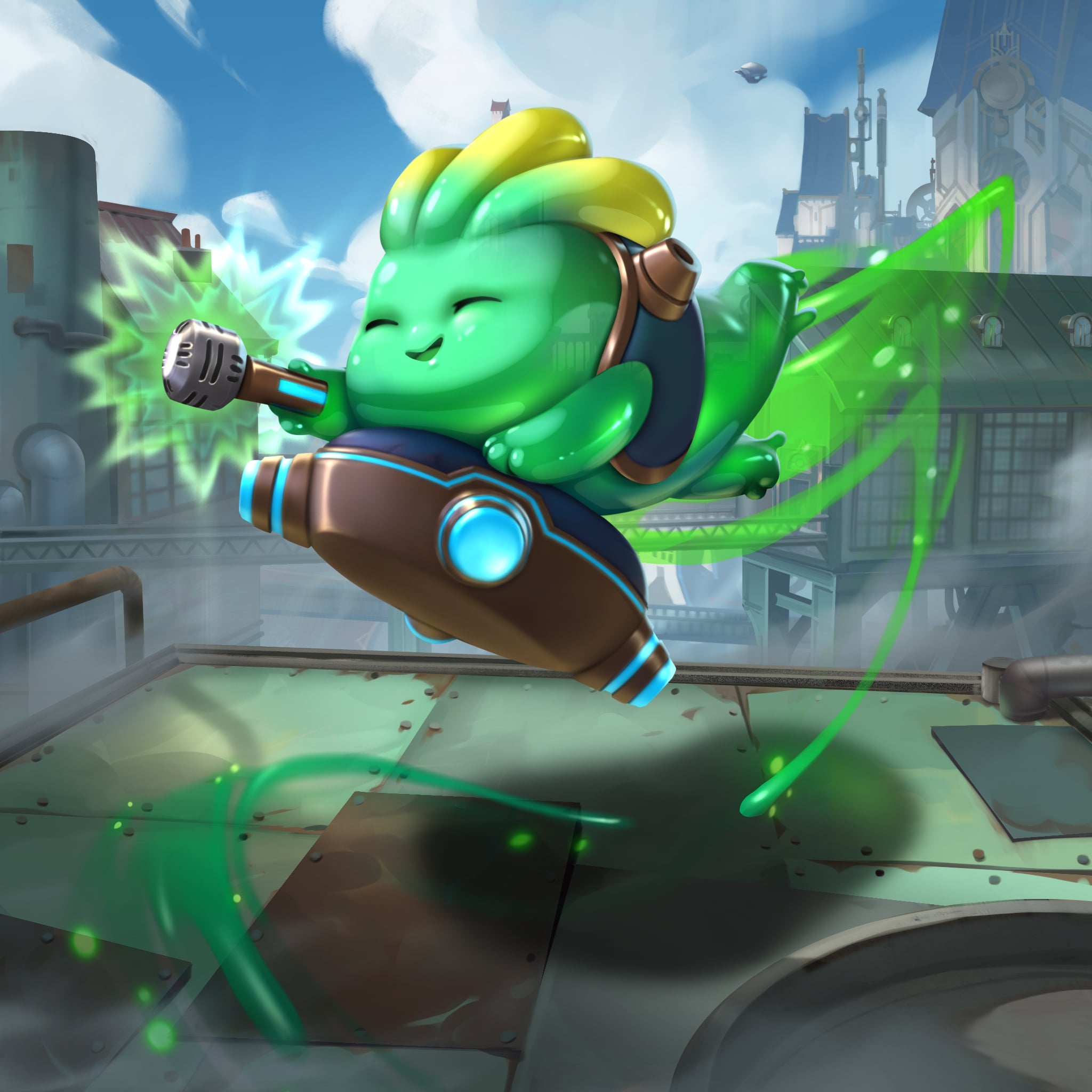 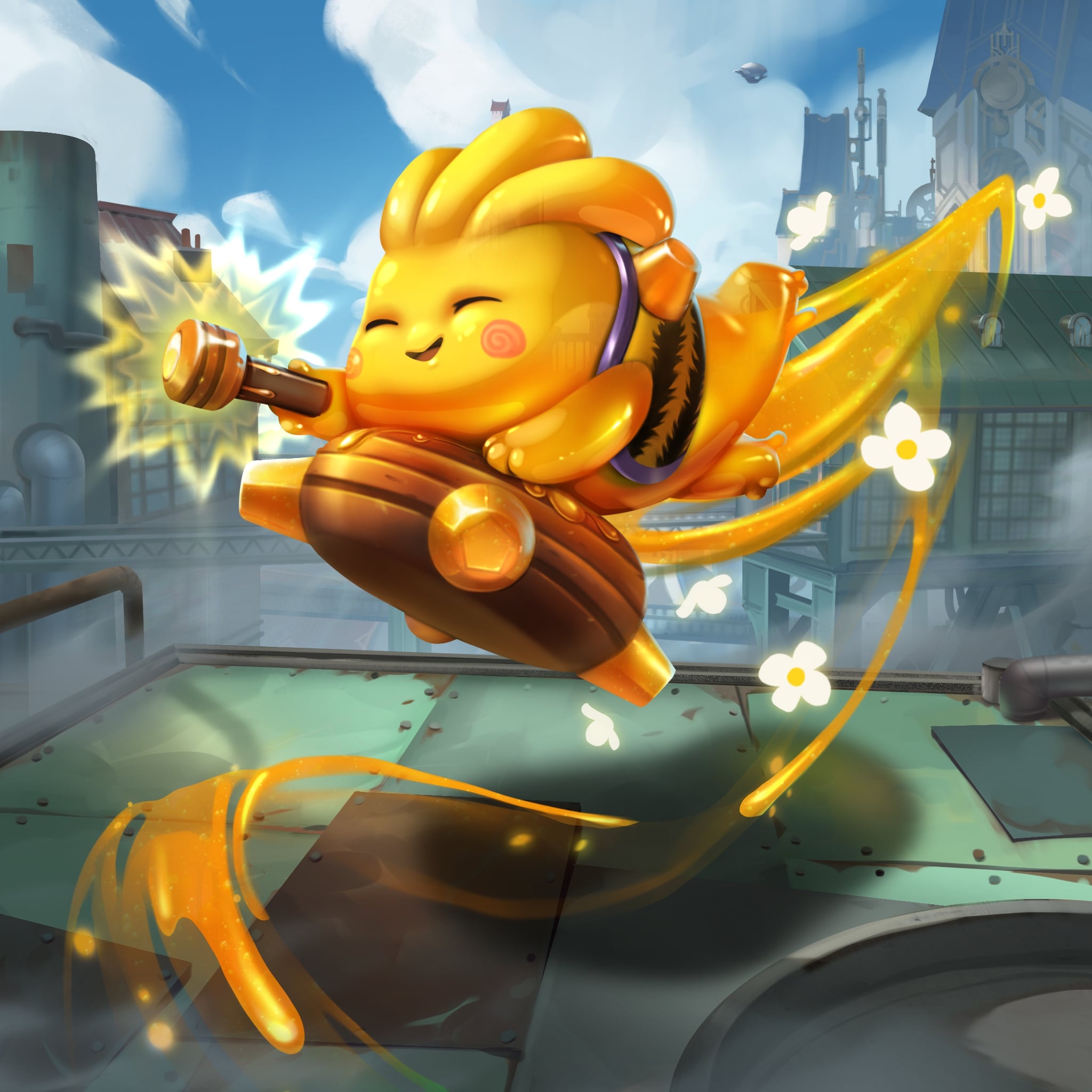 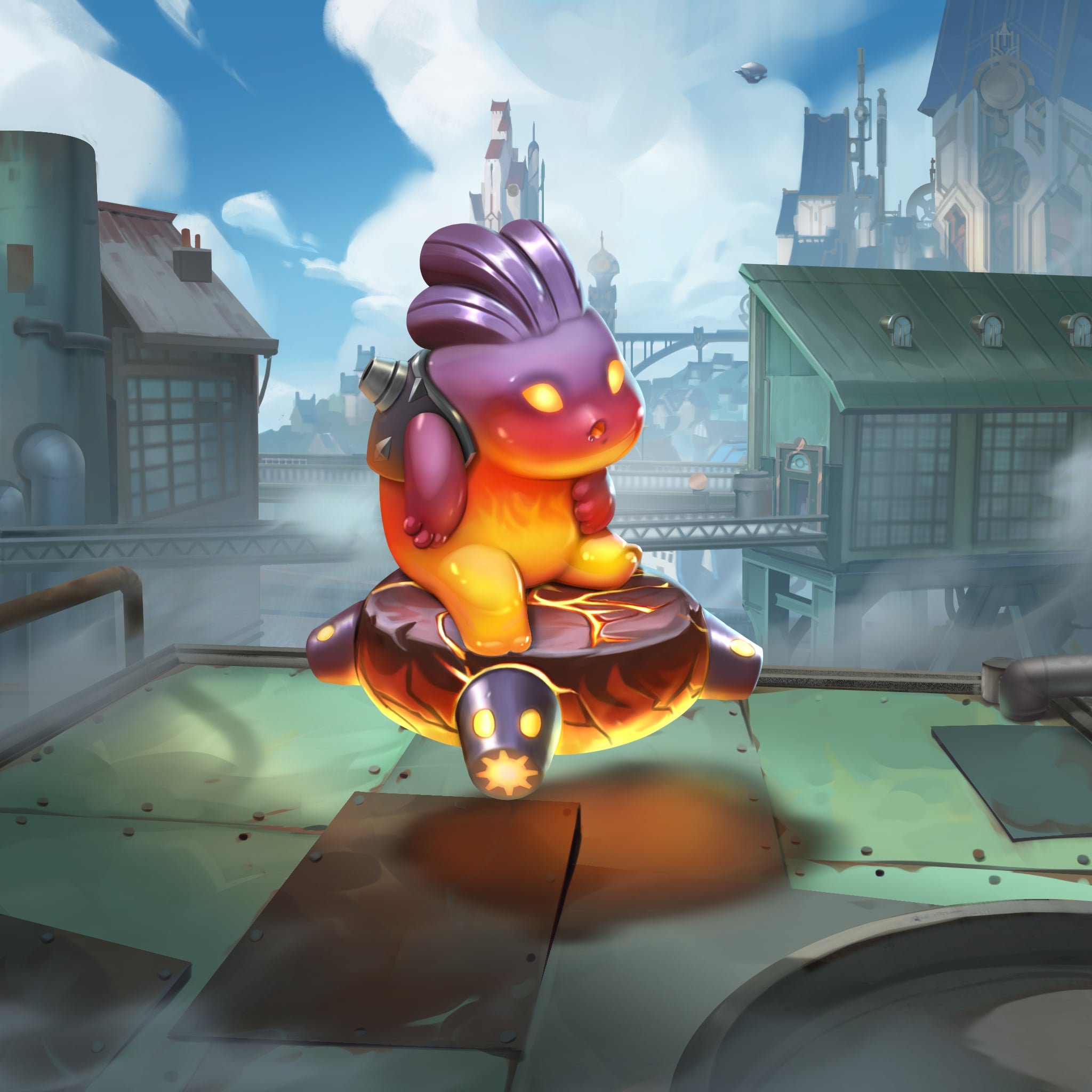 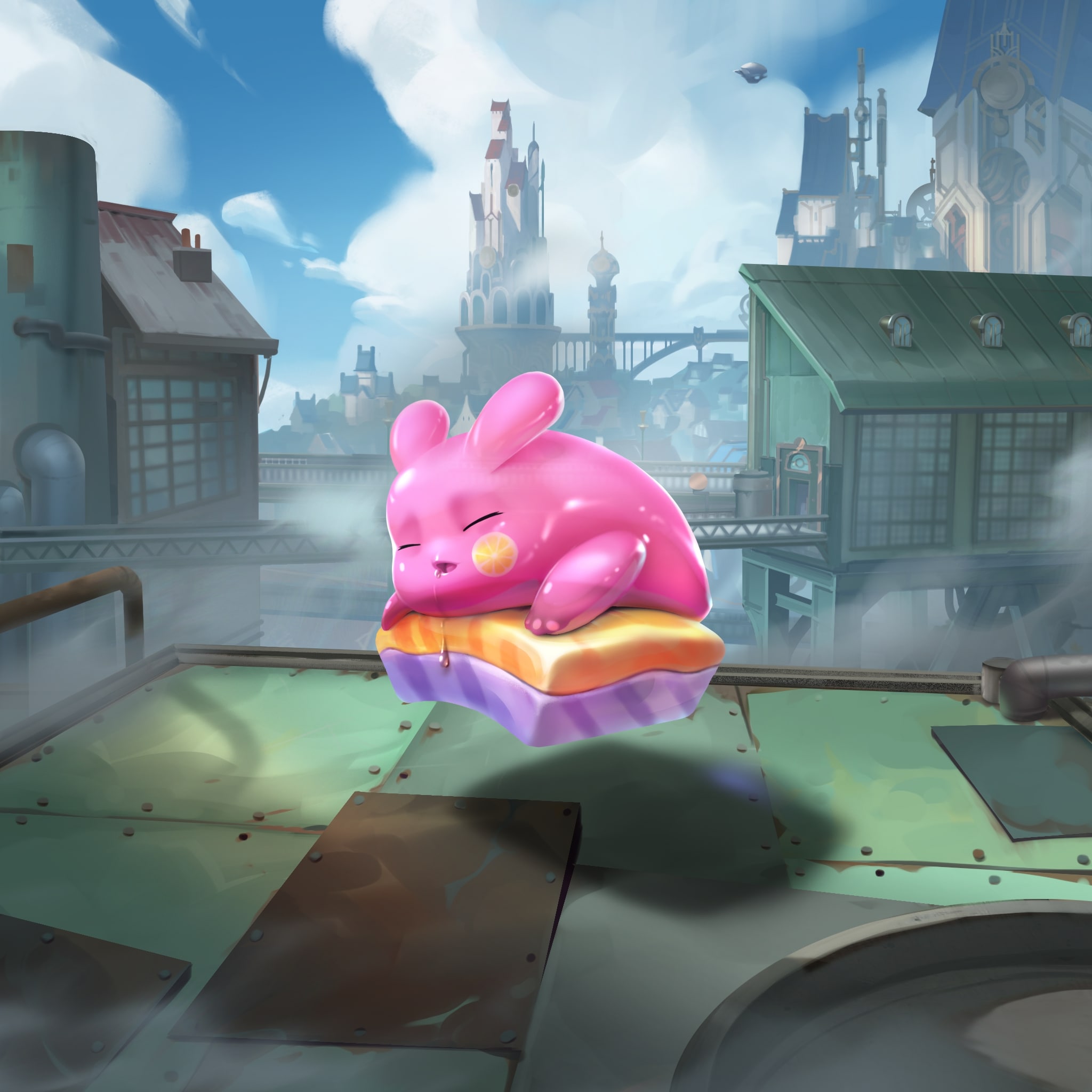 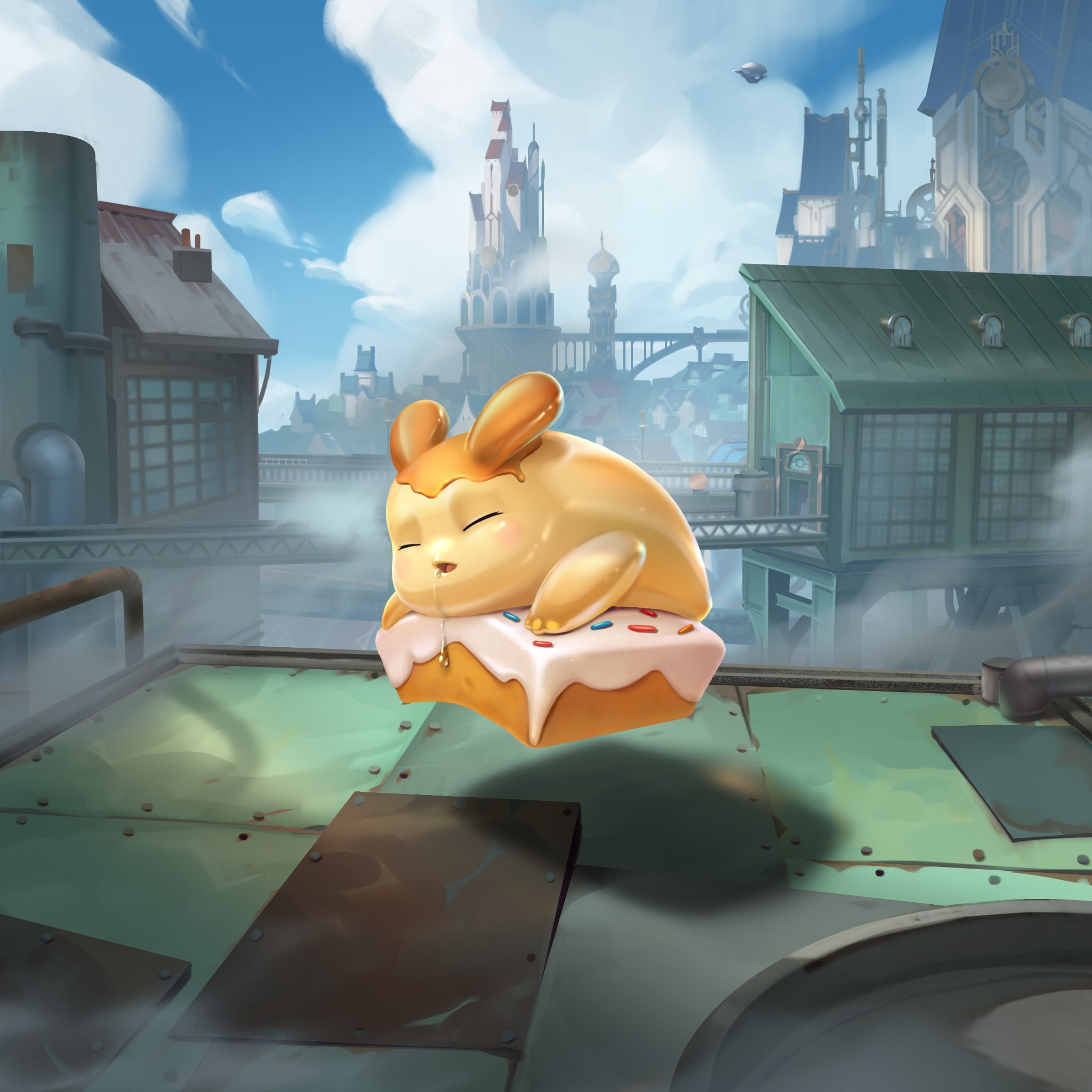 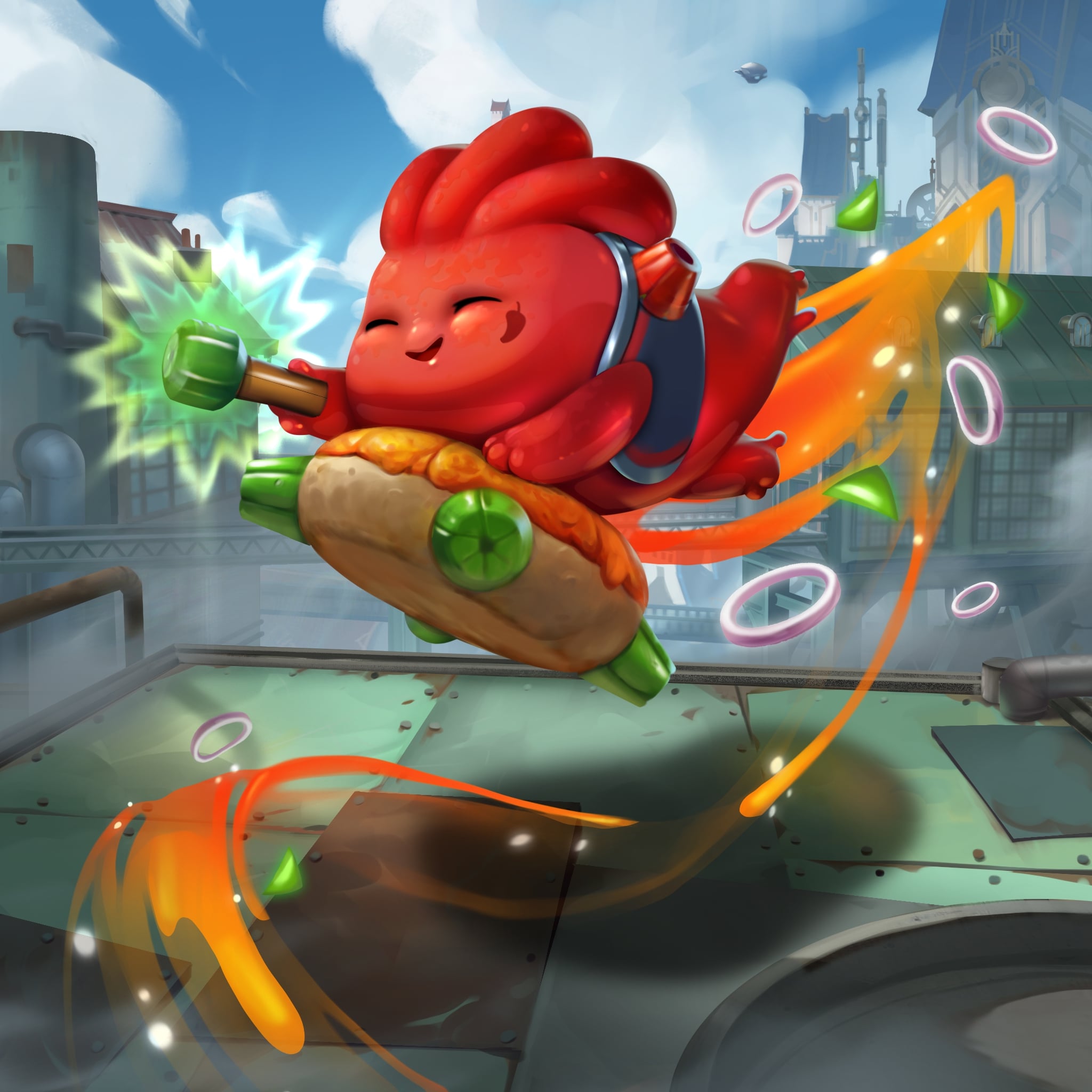 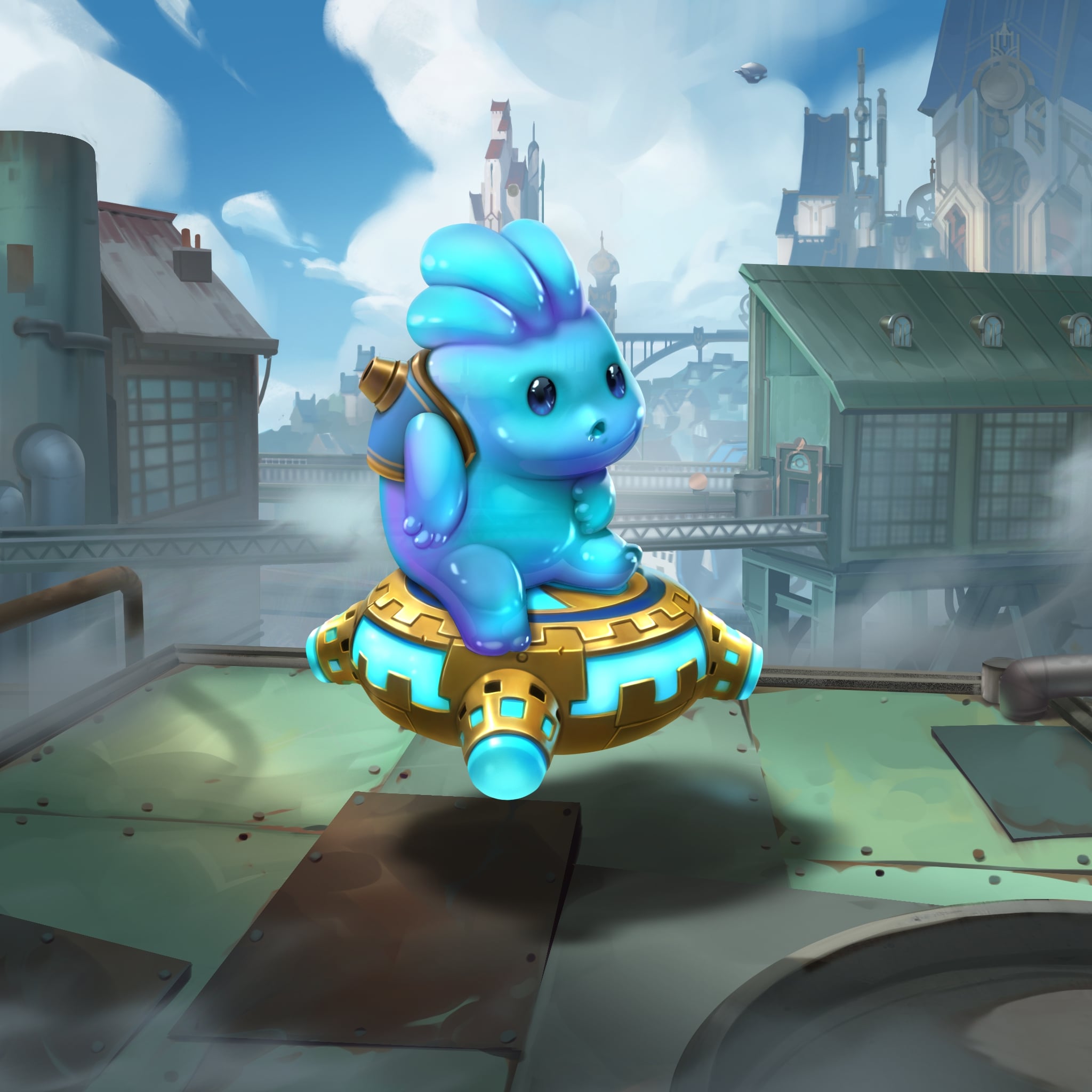 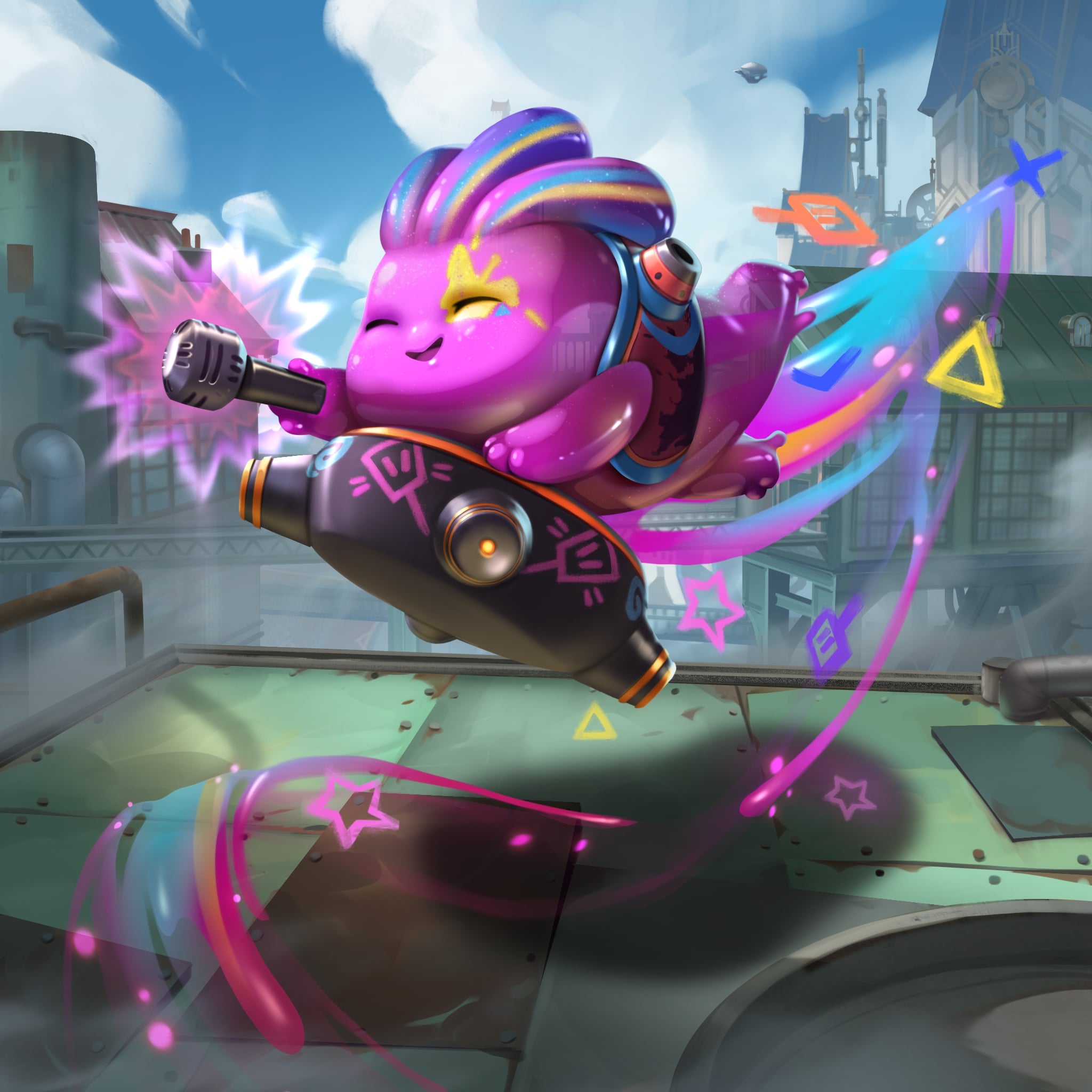 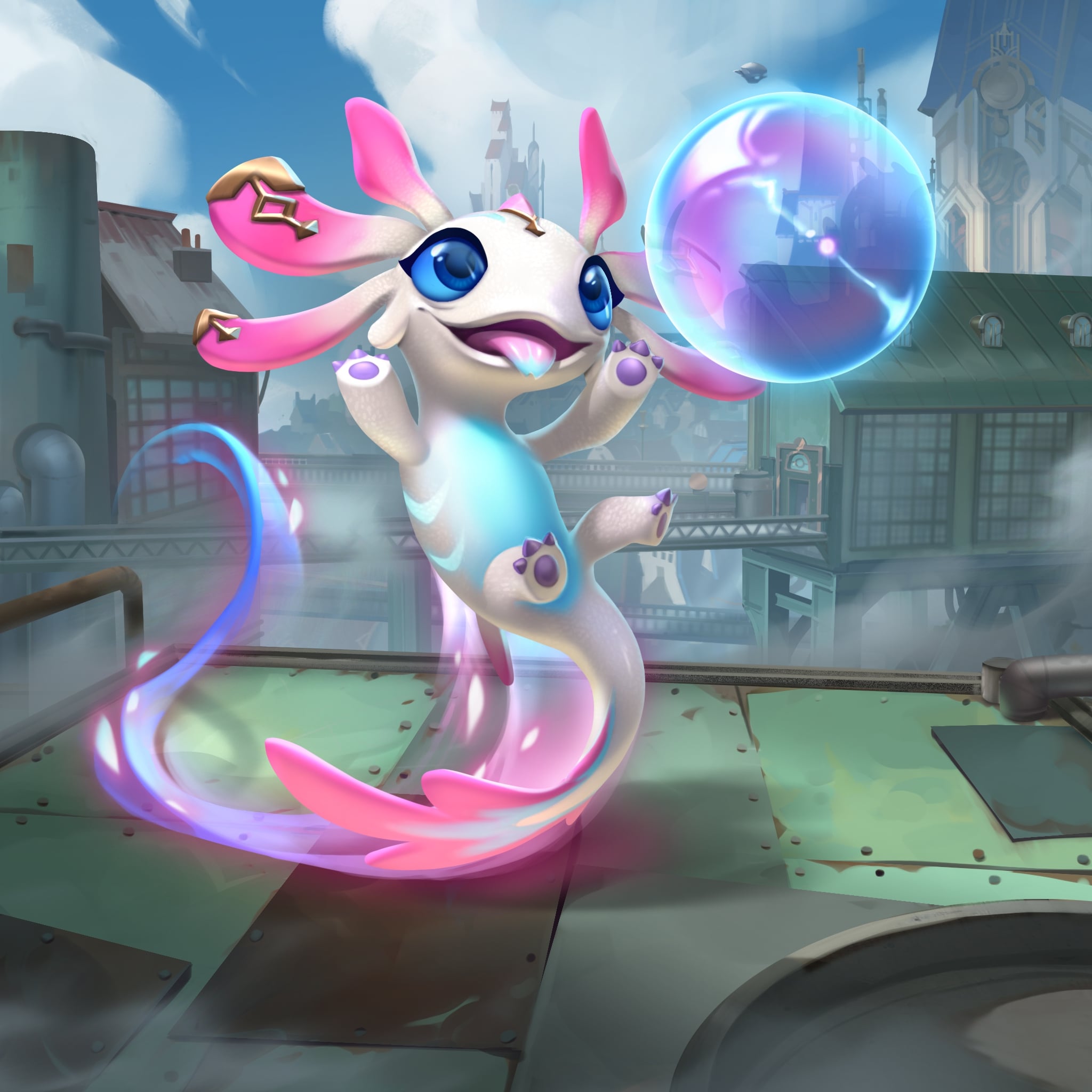 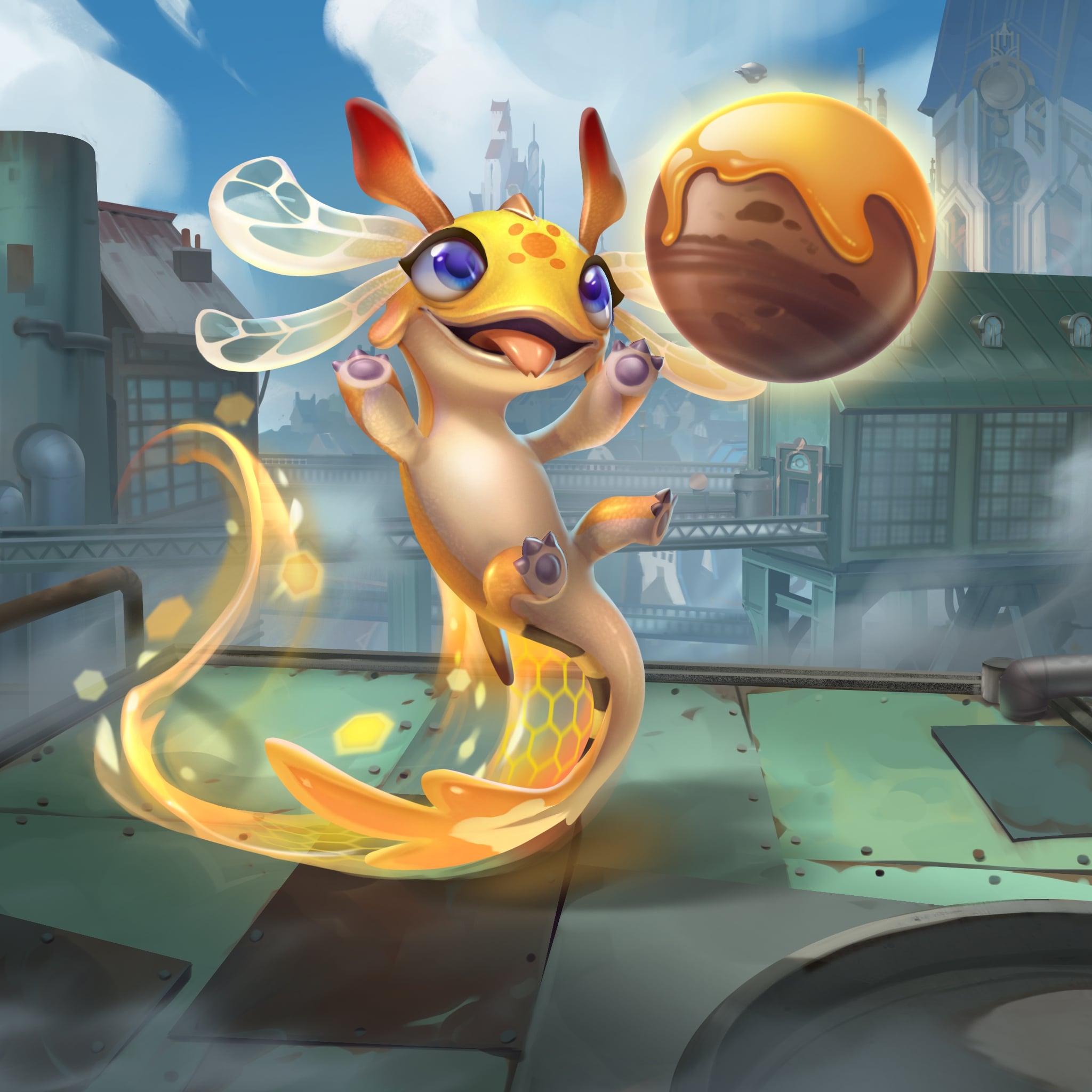 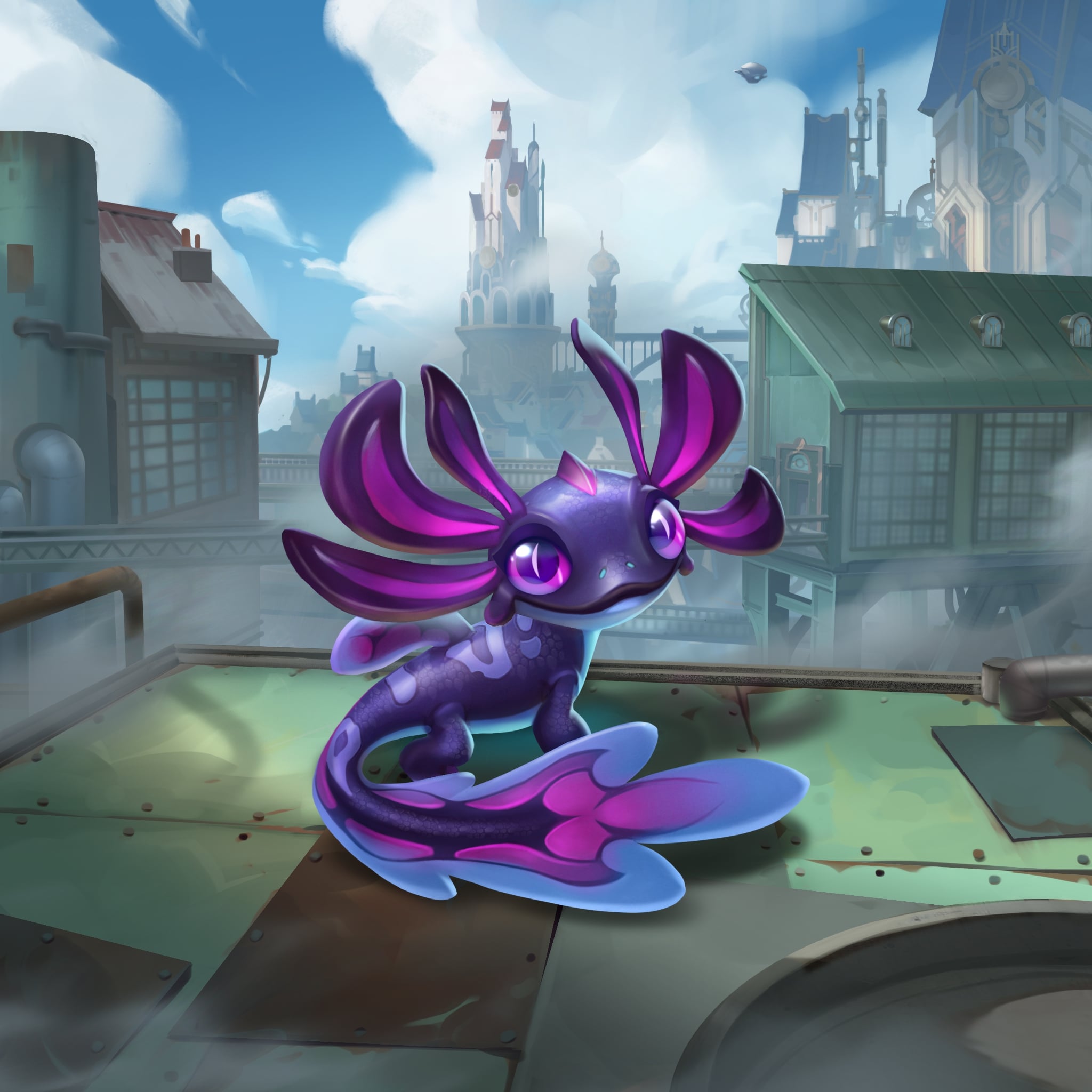 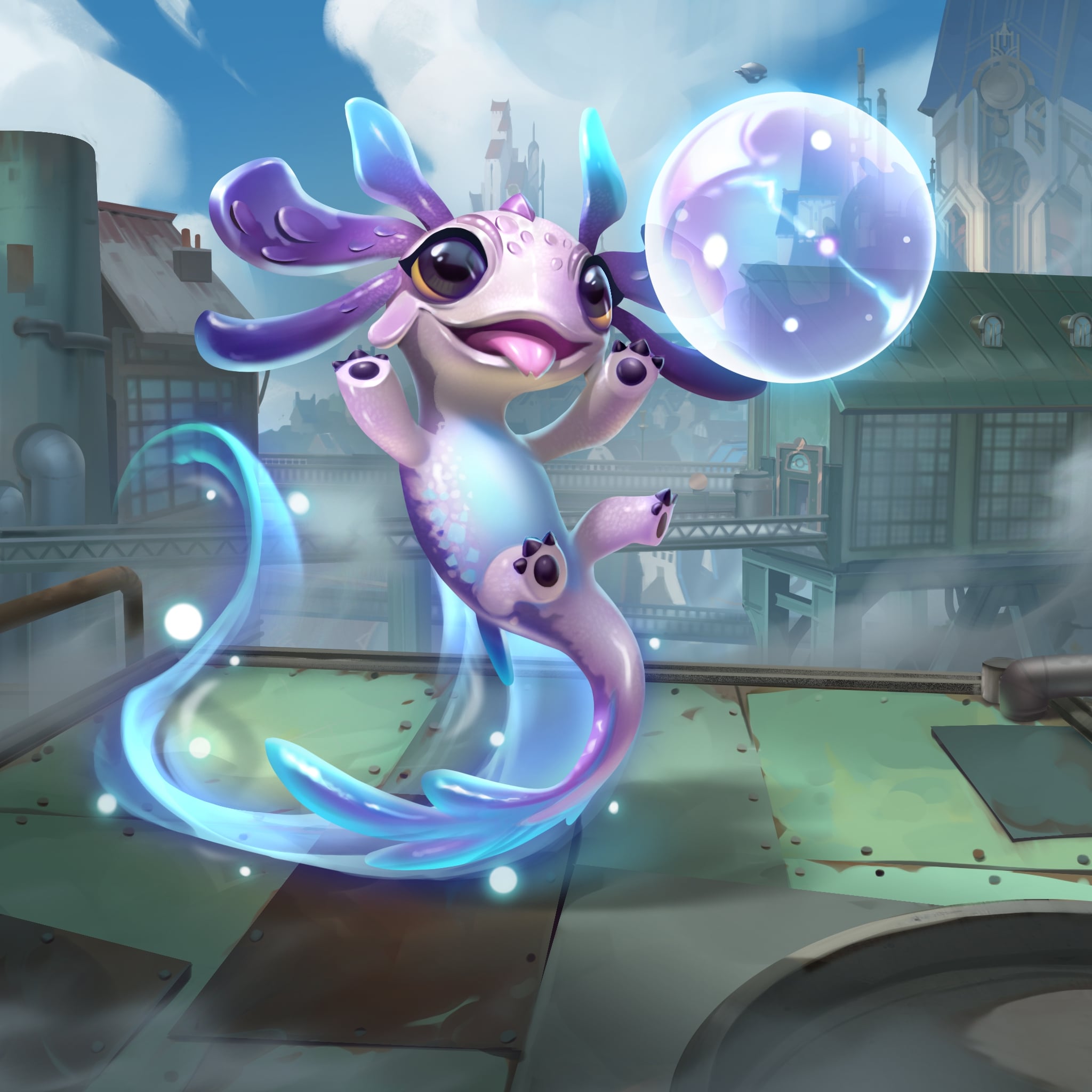 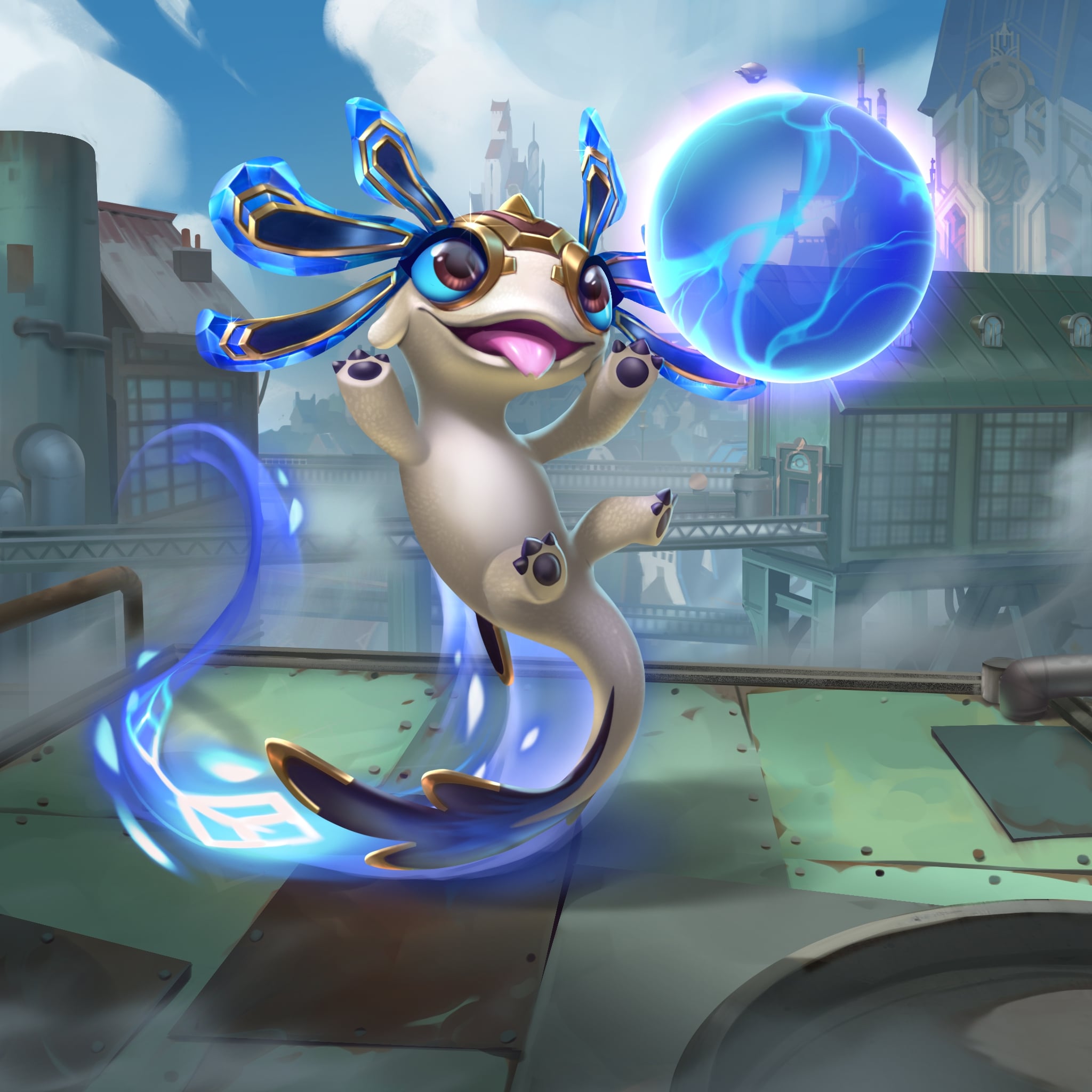 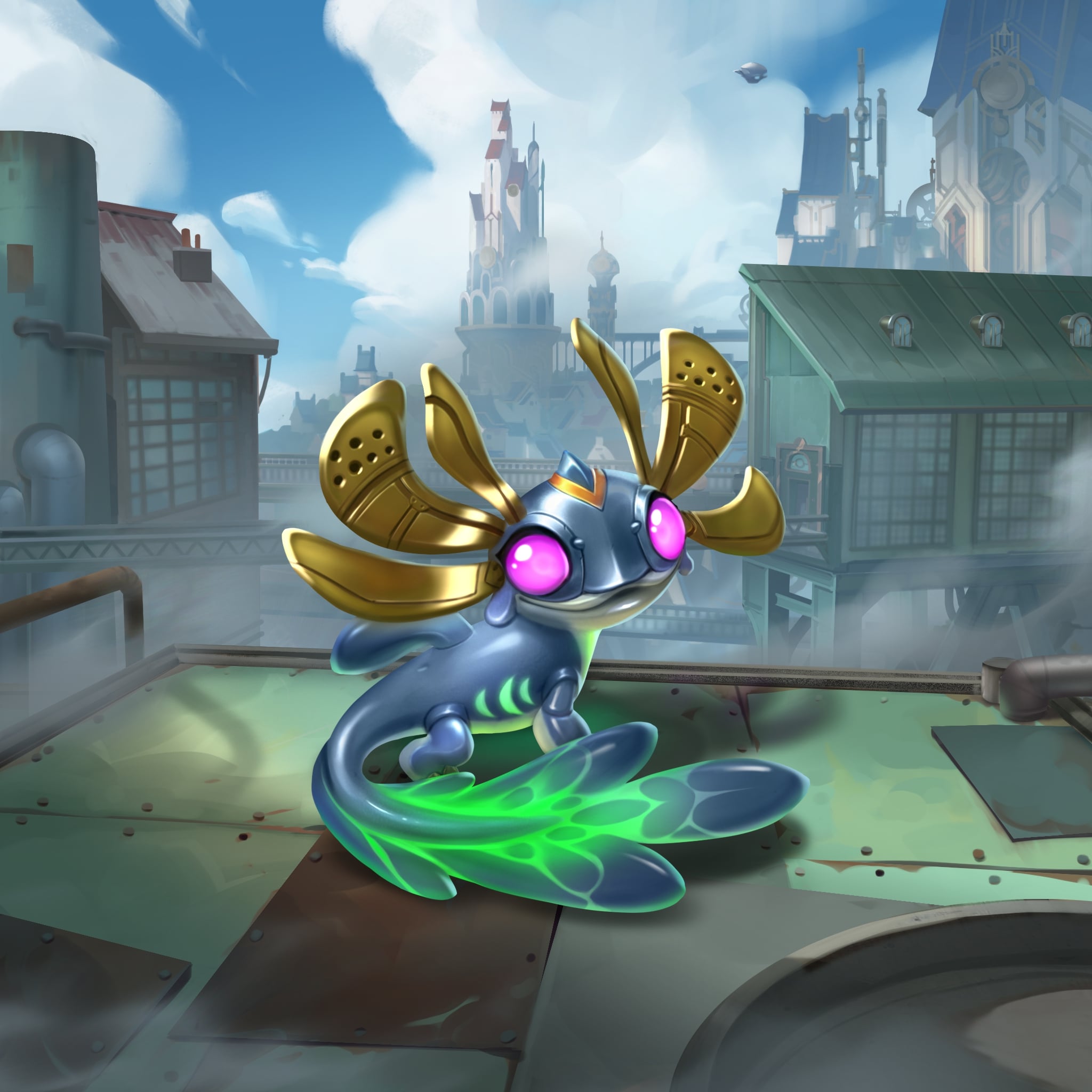 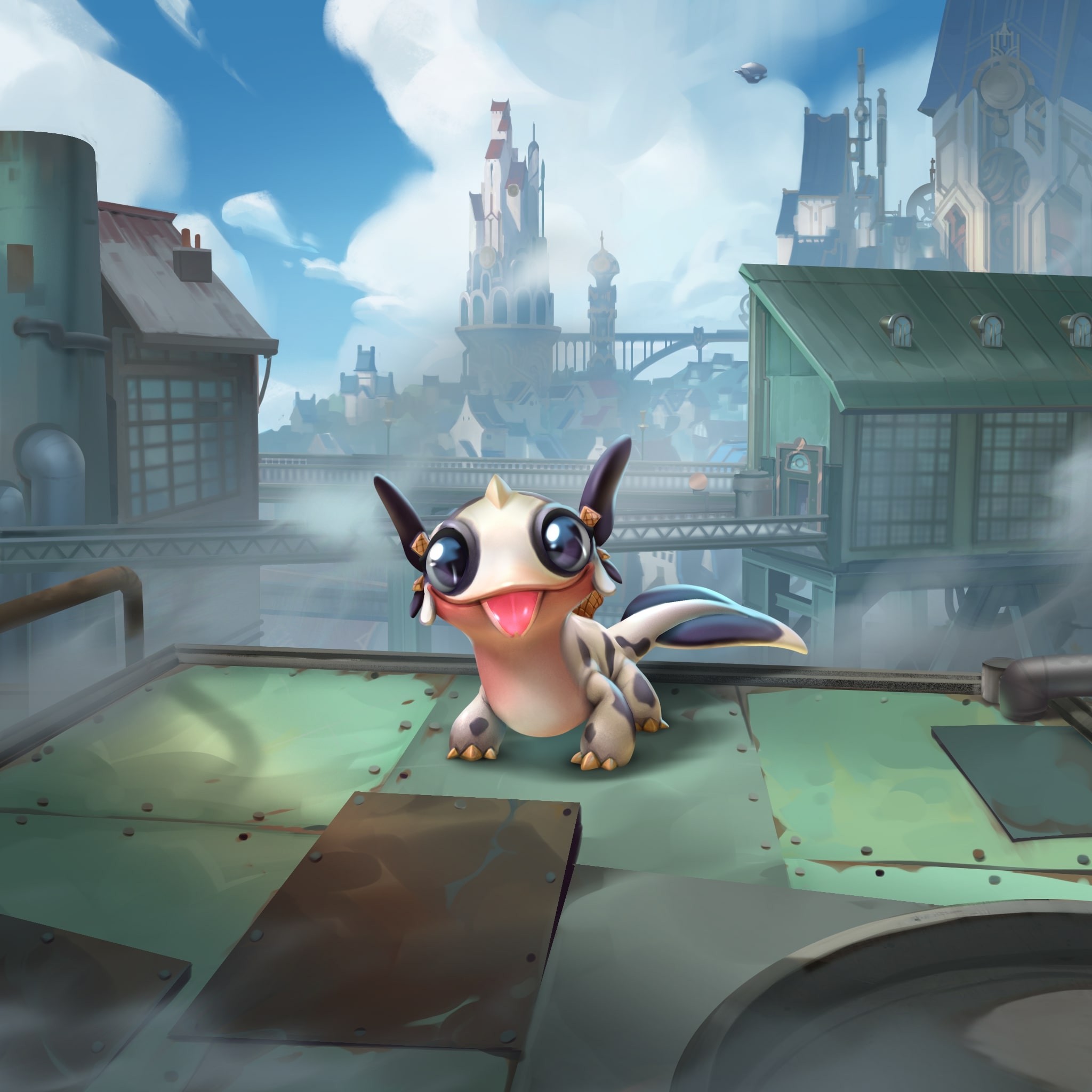 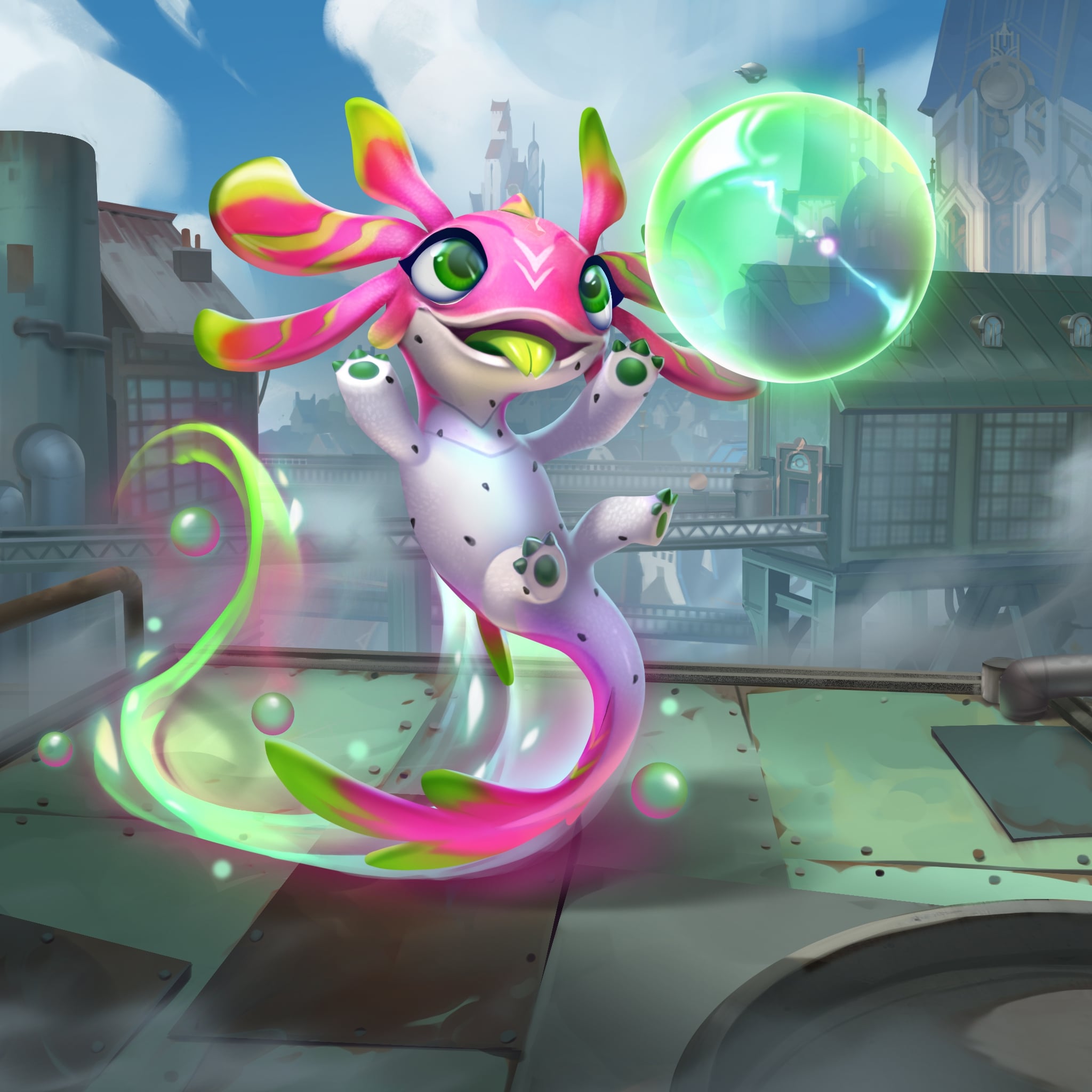 Remember, the pursuit of knowledge demands you ax-o-lotl questions. And hopefully those questions are about the new Arenas, cause that’s up next! But not before I play spoiler on the most futuristic music collab to hit the Convergence!

Gizmos & Gadgets brings us two interactive arenas, available in bundles and on their own for 1380 RP.

Speaking of bundles, check out the ones below!

We talked about changing the ranked climb almost a month ago in our Reckoning Learnings article. And now we’re implementing the first (but not last) of these quality of life changes.

Coming next patch (11.23) is TFT’s first cooperative mode, Double Up, where you can send units and items to your partner's board, and hop over to help out if they’re struggling. Our most talented writer has an article explaining everything you need to know to get started on Double Up!

You can get into the nitty gritty on the new set mechanic, Hextech Augments, in our mechanic overview article here. But if you want the TL;DR, continue reading below.

Neeko has been offering her help a bit too often in Dawn of Heroes, and with Hextech Augments providing more opportunities to get help from our favorite chameleon-gal, we're reducing her presence in PVE orb drops.

With Gizmos & Gadgets we have an opportunity to update our existing items with learnings from the item-heavy mechanics of TFT: Reckoning. Some items are getting a new look, while one we think so FONdly of is getting a new look and name. Finally, some items have been given new functionality to meet the modern setting of Gizmos & Gadgets! Interested in checking out the why behind the changes? Then click href="https://www.leagueoflegends.com/en-us/news/game-updates/items-regadgetized/">here!

Hyper Roll is getting a number of adjustments in response to the new set’s changes. One such adjustment is it’s movement from Lab status to game mode—Hyper Roll will stick around for the foreseeable future.

This should allow for more precise control of your Tactician while maintaining the hype required to ride play Hyper Roll.

Expect to see the occasional Neeko’s Help, Loaded Dice, and Spatula in the component Armory. We’ve also increased the chance of getting emblems in the completed item Armory to compliment those harder-to-hit reach traits in G&G.

You’ll earn less gold in the very early game, but more gold starting at 3-1, continuing into the late game.Total gold has been increased from 85 to 107.

We’re adjusting the length of the planning phase for when you need that big brain moment to be more than a moment.

We made it! We’re thrilled to see how you all tinker and theorycraft your way to 1st place (every game)! We’ve been hard at work creating our most inventive set to date, but expect frequent balance changes in the early days of Gizmos & Gadgets. Stay up to date with all the changes by circling back to the most recent patch notes, or our socials. We hope you have a blast with TFT: Gizmos & Gadgets, and we’ll be seeing you on the Convergence!