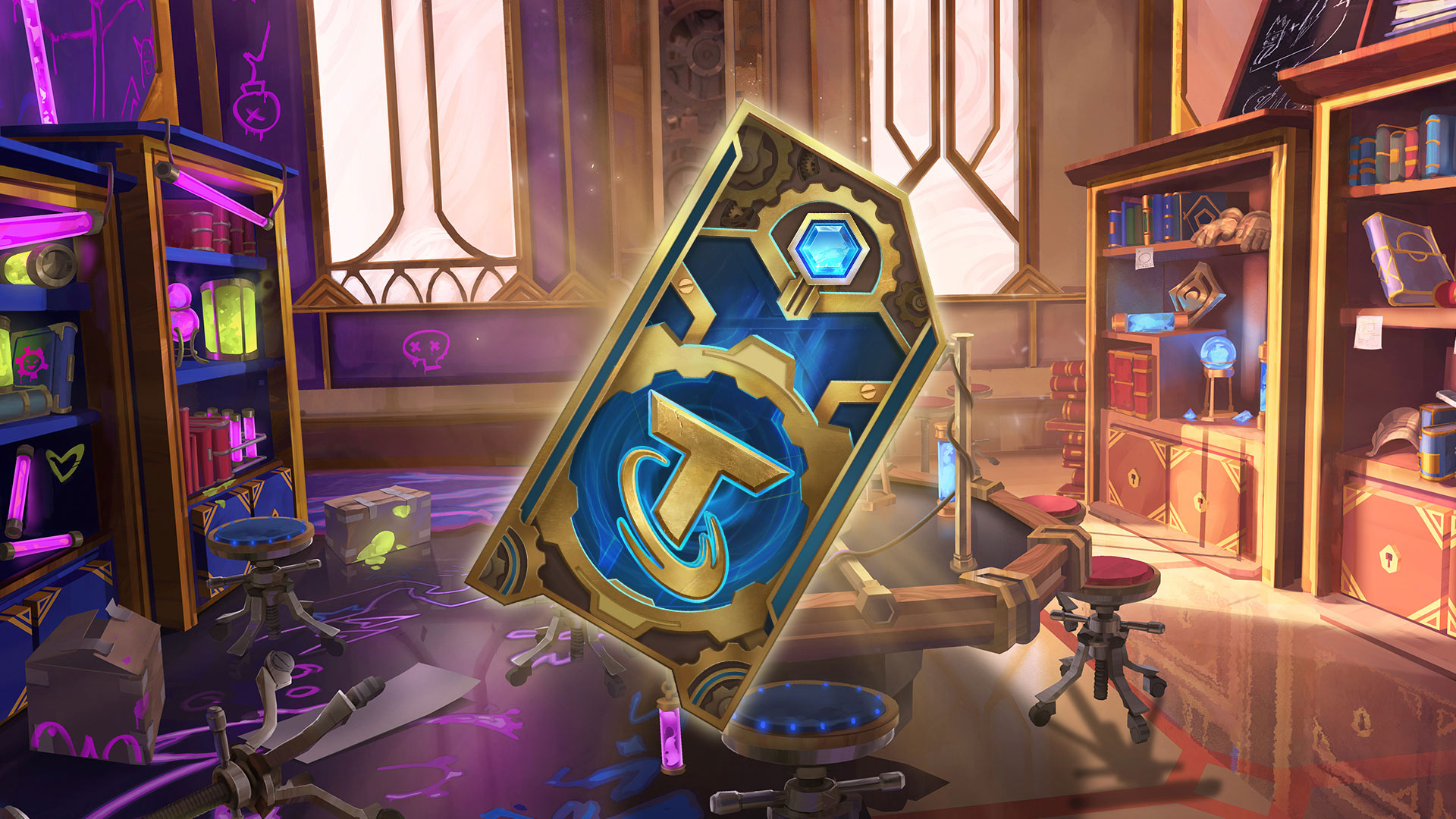 Everything you need to know about the Little Legends, arenas, booms, and more included in the G&G Pass!

Welcome to the world of Gizmos & Gadgets, where crazy experiments, mysterious magic, and groundbreaking tech set the stage for our latest roster of Little Legends, arenas, and more!

Here we’ll be going over the blueprints for all the new content arriving with patch 11.22!

New set, new me—and by me, I mean new Little Legends. With Gizmos & Gadgets come some of our cutest, most inventive, and slimiest (sorry Gloop) Little Legends to date. Let’s meet them now! 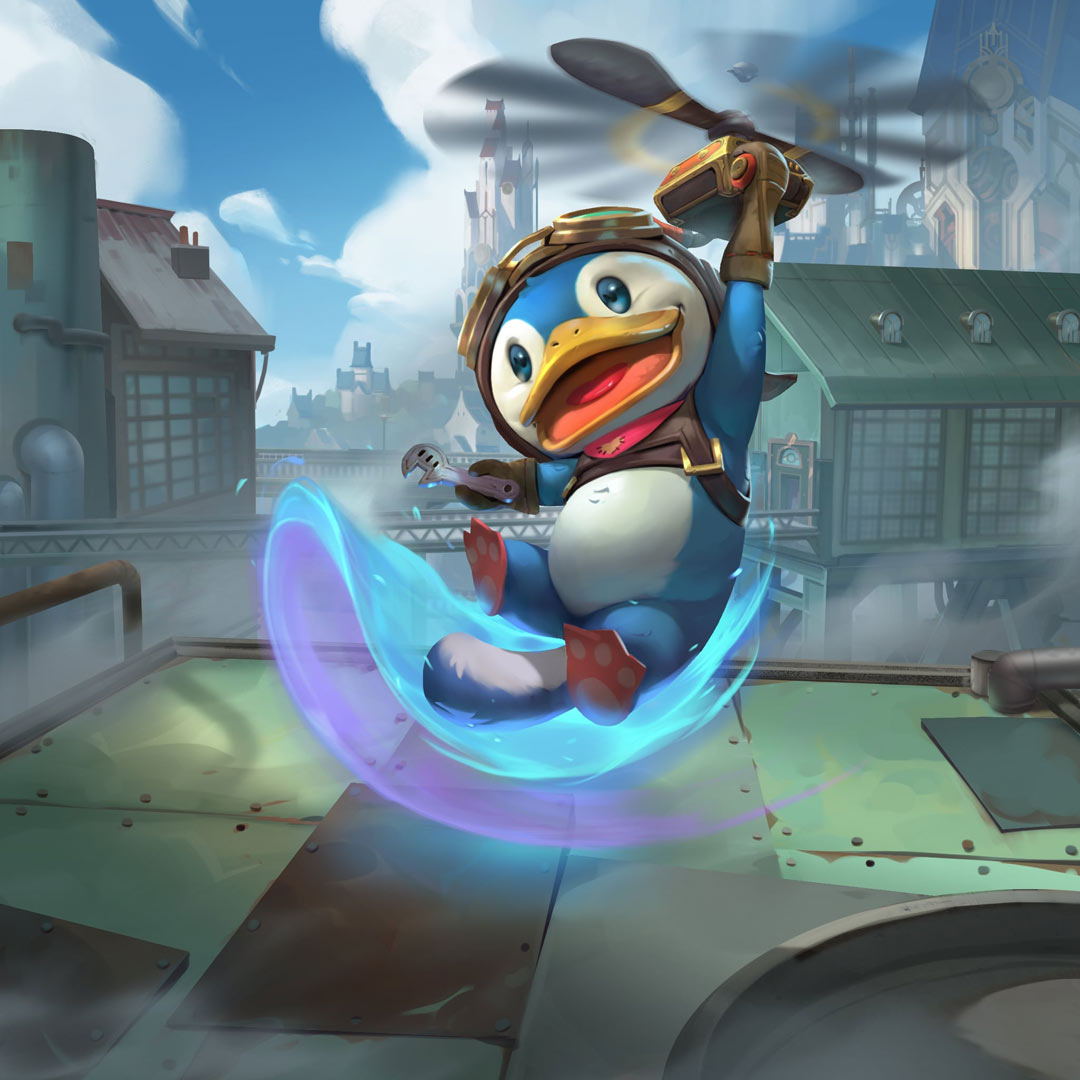 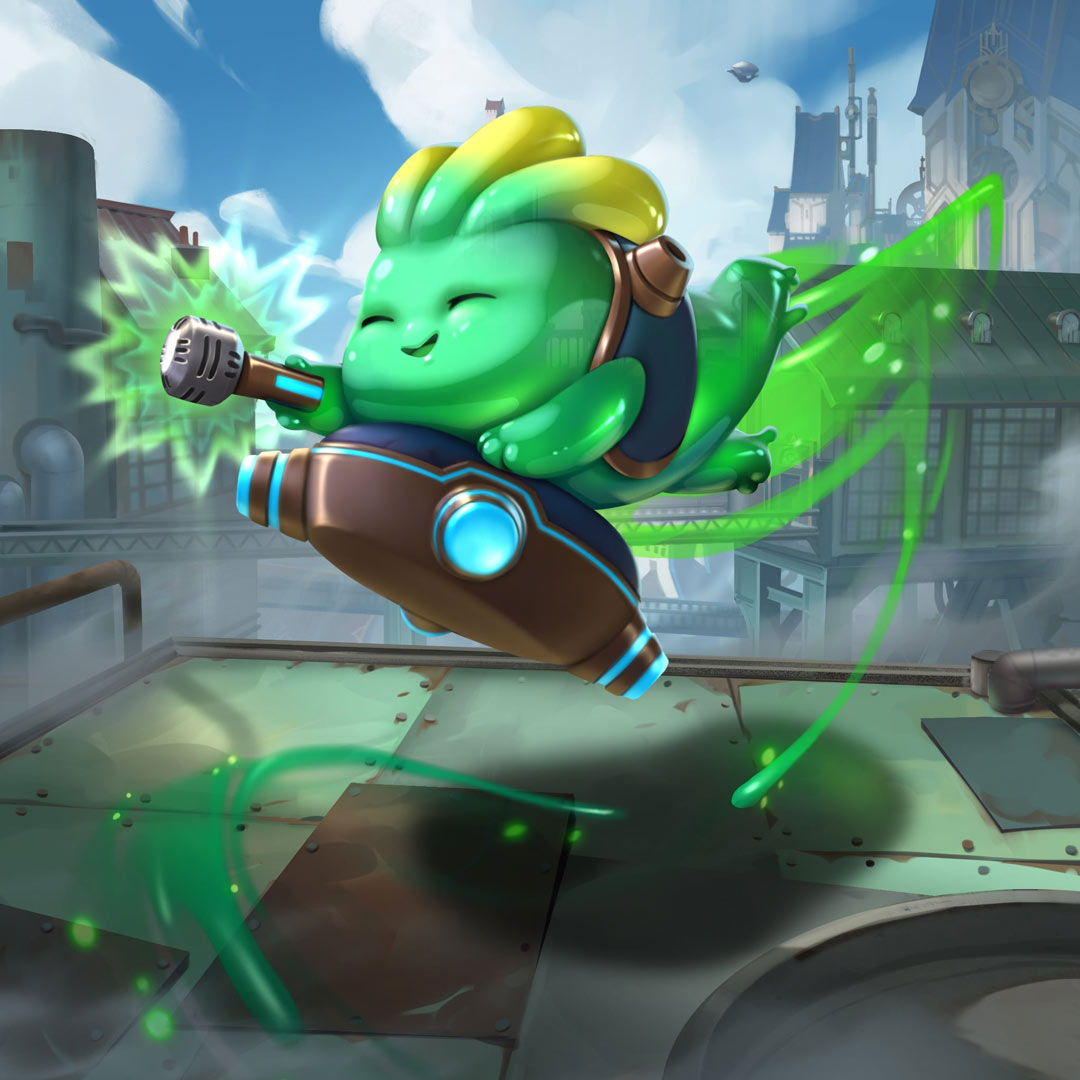 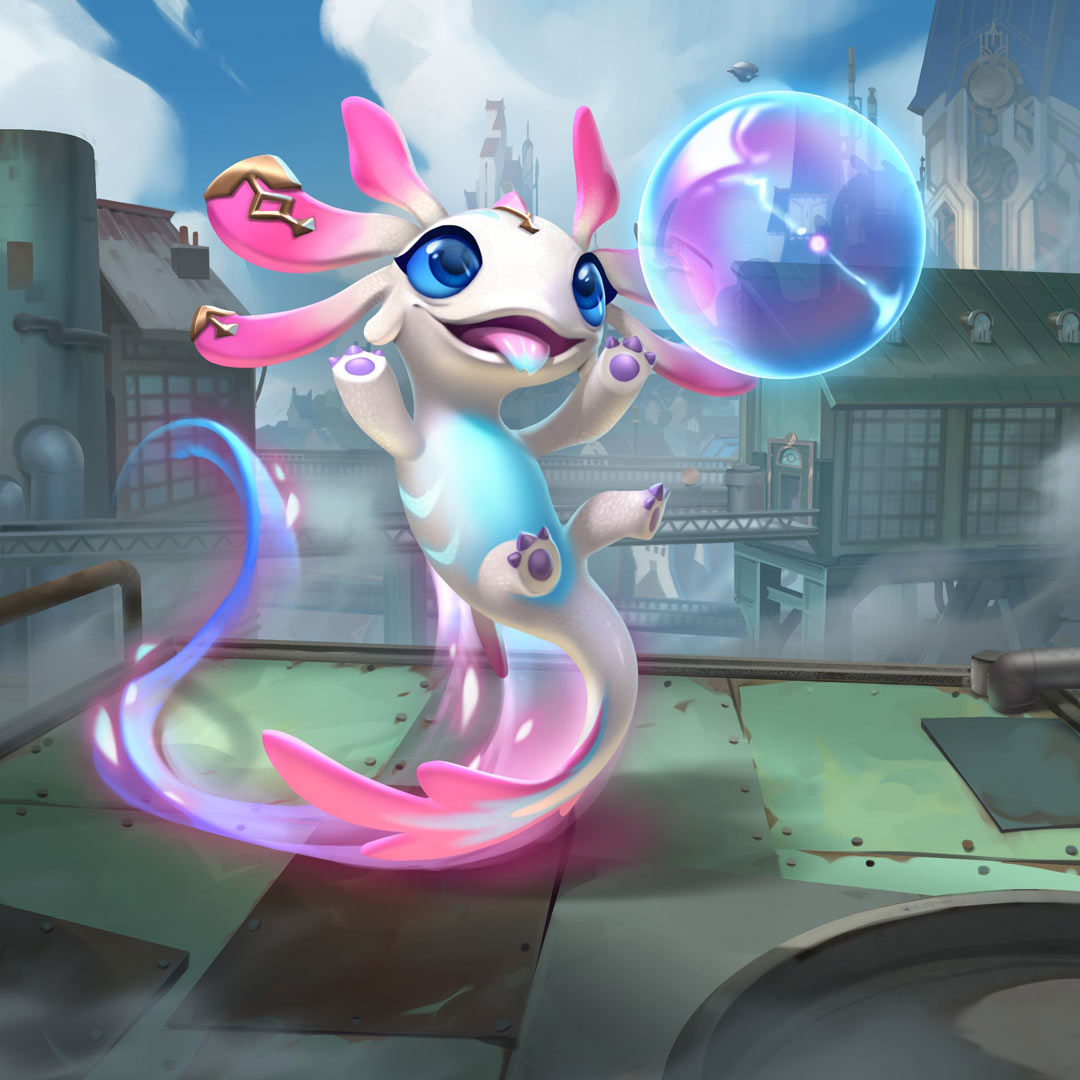 Remember, the pursuit of knowledge demands you ax-o-lotl questions. And hopefully those questions are about the new pass, cause that’s up next! But not before I play spoiler on the most futuristic music collab to hit the Convergence!

With the Gizmos & Gadgets Pass, you’ll be able to earn rewards such as Little Legend eggs and emotes just for playing! Think of it as the blueprint with all the ways to unlock cosmetic content from both G&G and prior releases.

But if you want to unlock even more content from the pass, such as arenas, exclusive Little Legends, and Star Shards, then you can grab the Pass+ for 1295 RP. Of course, you can always upgrade to the Pass+ later, as you’ll retroactively receive everything you would have unlocked with the Pass+ active.

Oh, and just for unlocking the Pass+, you’ll get our Hextech inspired Arcane Sprite! 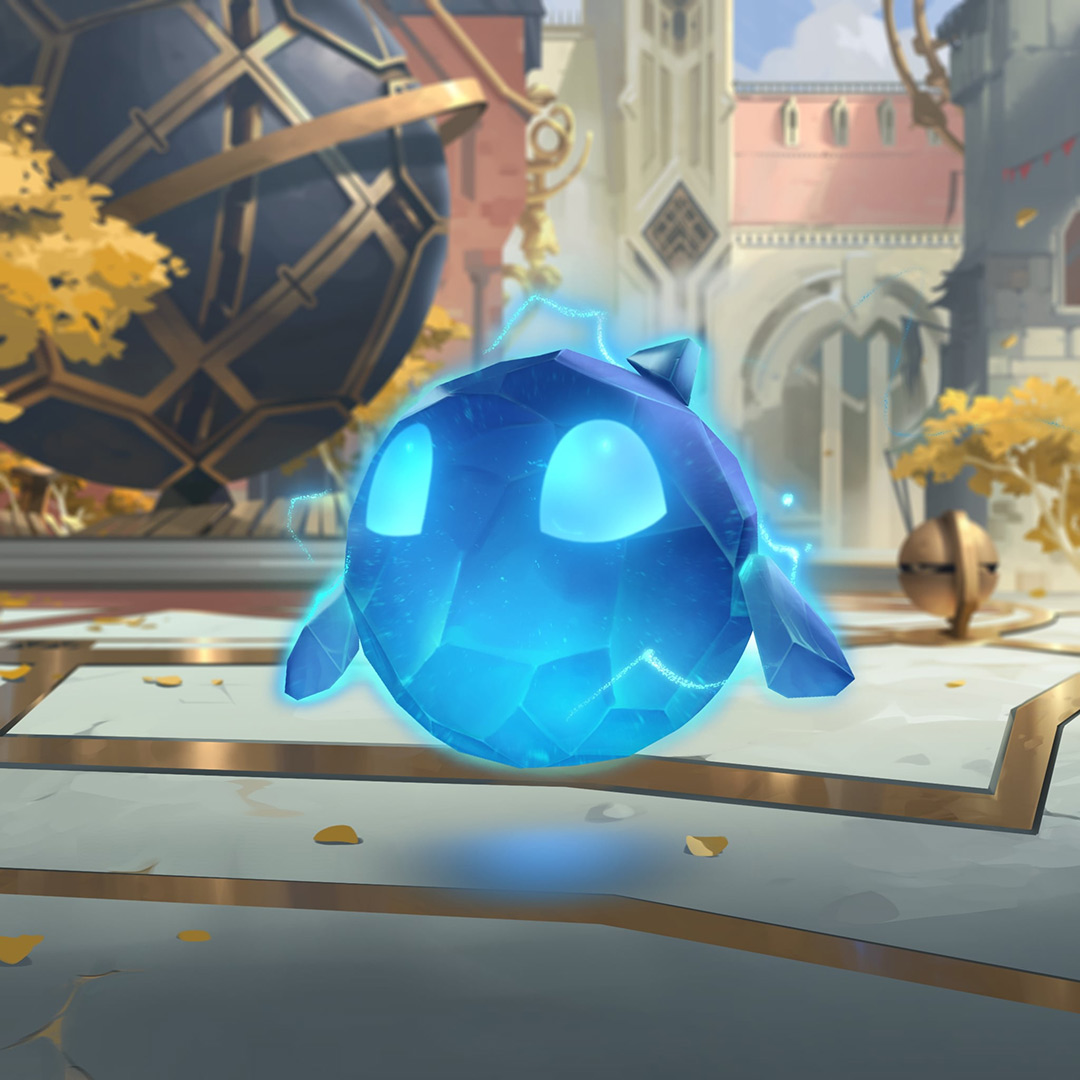 As you zoom your way through the G&G Pass, you’ll unlock a number of mind-boggling new booms. Some of the booms zooming their way around the Convergence include Chemtech Surprise, Arcana Coil, Missile Party, Hextech Hypersurge.

With the Pass+, you’ll find yourself transported to new arenas. First stop? Sky-High Station, where students of the Academy meander before, after, and sometimes during class. 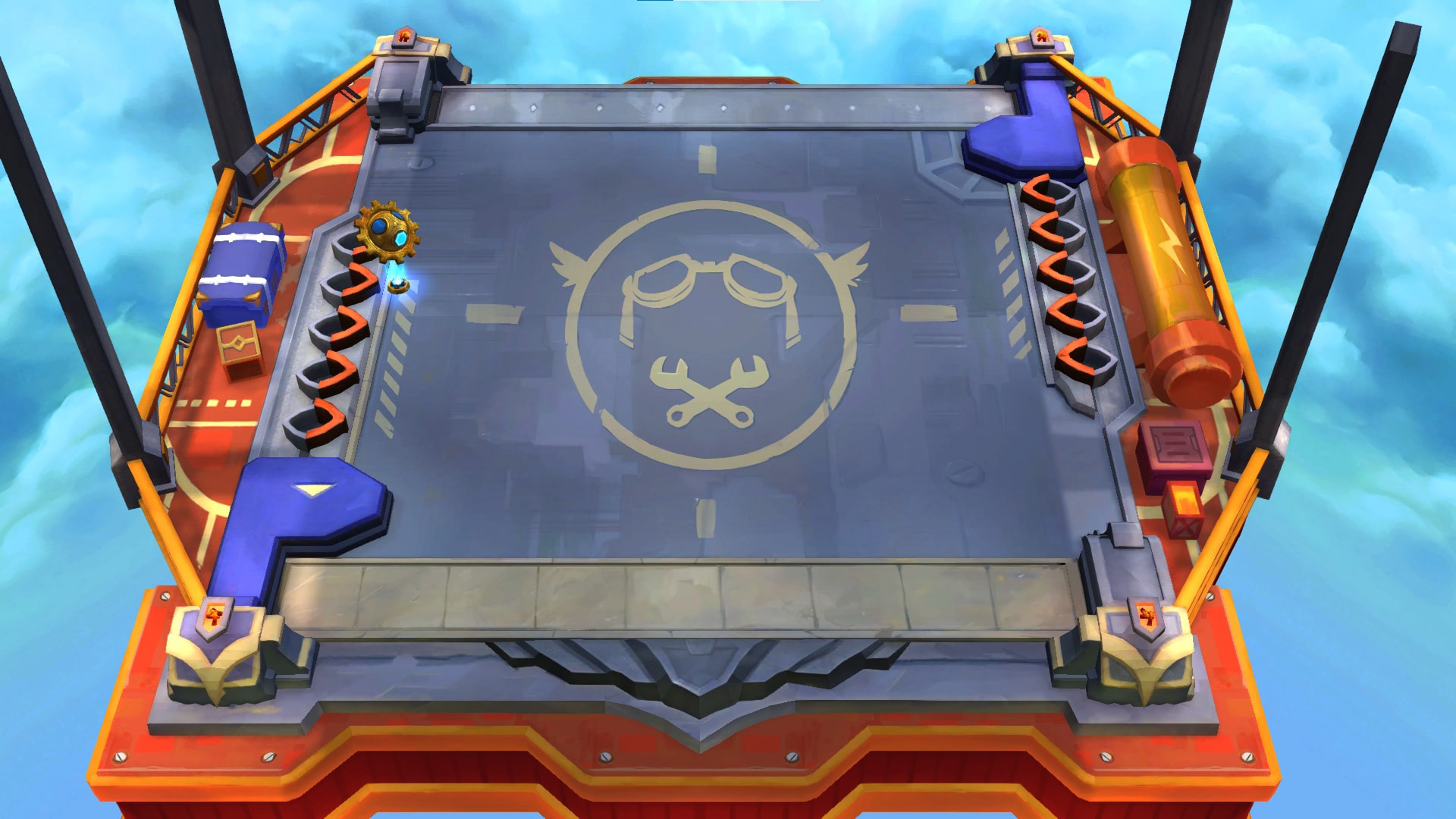 Next you’ll make your way to... Chemtech Plaza?! *gulp* But hey, this place ain’t half bad. Sure, there’s a harsh lung-searing aroma wafting from the vents, but you gotta admit: the glasswork is quite nice. 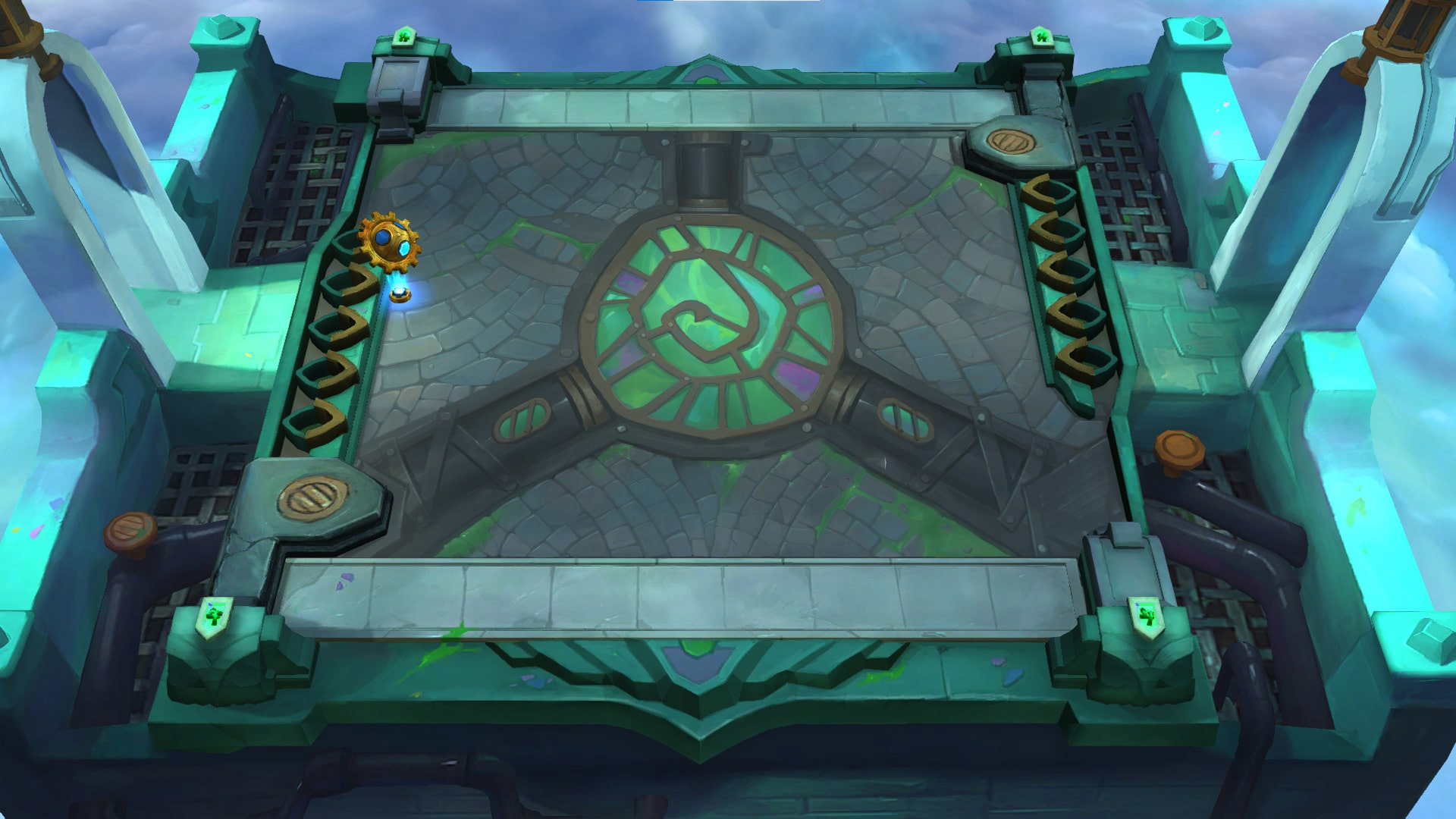 Our last stop is Shisa’s Study. Dr. Shisa usually keeps the place in tip-top shape, but they’re nowhere to be found. Also, why is there a gaping hole in the wall? 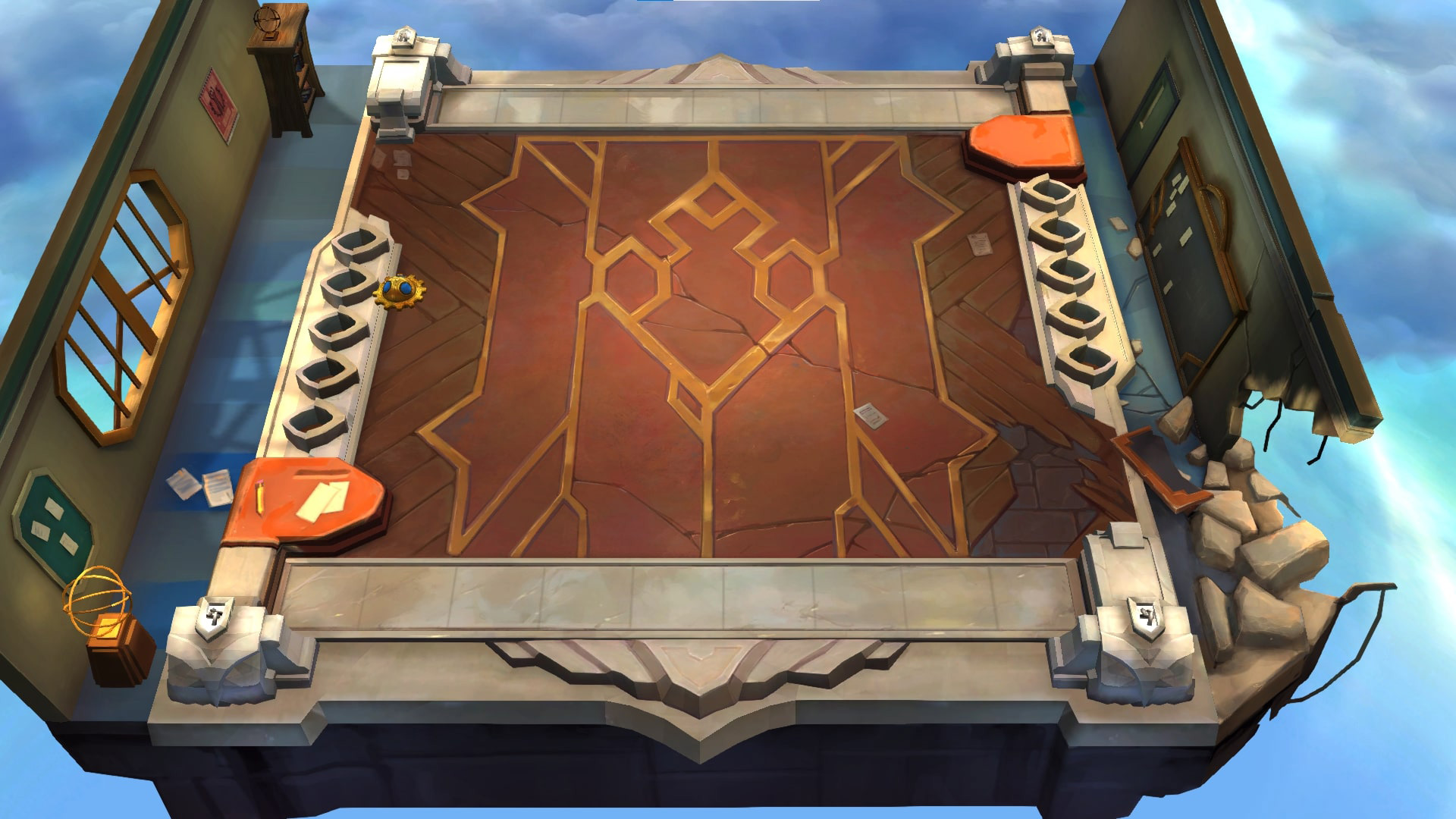 Oh there they are! The always smart, rational, and open-minded Shisa… at least, until you mess with their lab equipment. And remember to call them DOCTOR Shisa, cause forgetting the title puts you on the fast track to getting kicked out of the Academy. Dr. Shisa is available at one and two stars in the Pass+, with the three-star version unlockable using Star Shards. But don’t worry, you’ll earn those throughout the Pass+ as well.

The Pass+ also comes with a couple unlockable emotes. Check 'em out below!

And of course, there are grind emotes too!

First off, there’s Jinx’s Explody-Fun-Land (1380 RP) which takes inspiration from Jinx’s iconic ‘Get Jinxed’ video and mashes them with the set’s aesthetic. Jinx’s board responds to your every win and loss with explosive monkeys, neon paint parties, and (of course) the destruction of various gizmos and gadgets (that’s right, I said it) on losses. Of course, there’s also more than a couple clickable interactions to explore. Try knocking out Ziggs’ teeth carnival style, or switching the Carousel scene. It may be Jinx’s Explody-Fun-Land, but you can still swap things around. I’m sure Jinx won’t mind, as long as she doesn’t find out.

Our other interactive arena is Vi’s Pummel Pit (1380 RP), which takes inspiration from a scene you may have seen already. With lighting that reacts to your wins and losses and machines that’ll only work if you keep winning, there’s a lot to explore in Vi’s Pummel Pit. But, just like Jinx’s Explody-Fun-Land, you can click around to mix things up between rounds. Try hitting the punching bag or taking on the boxing bot, just don’t forget you have a TFT game to win, too!

Bundles That Make Ya Say GG!

Congratulations, you’ve made it to the second-to-last section of this article! Oh—you also made it to Gold tier during Reckoning? Well, aren’t you just something else! Well, we’ve got a whole host of rewards for you depending on what level of success you achieved! All ranked rewards will be distributed throughout patch 11.23 (the patch after the G&G’s release).

First off, if you placed Gold or higher in Dawn of Heroes (the back half of Reckoning) then you’ll get a celebratory Nixie emote with a headdress that scales with your rank!

If you placed Gold or higher at any stage of the set, then you’ll get the Victorious Nixie Little Legend. And if you managed to get Gold or higher during both halves of the set, you’ll get a rather chaotic-looking Triumphant Nixie too! Congrats, you’re really good at this game, and likely everything else you do with your big brain.

But don’t stop reading yet! If you played Hyper Roll and finished Blue, Purple, or Hyper tier in Dawn of Heroes, then you’ll get an adorable Order Sprite emote to celebrate!

And that about covers it—well, not ALL of it. There’s still Chibi Champions and Hextech Augments and Gameplay Overviews and Double Up articles for you to check out. Definitely do so when you get the chance, ‘cause I hear the author is a really great guy.