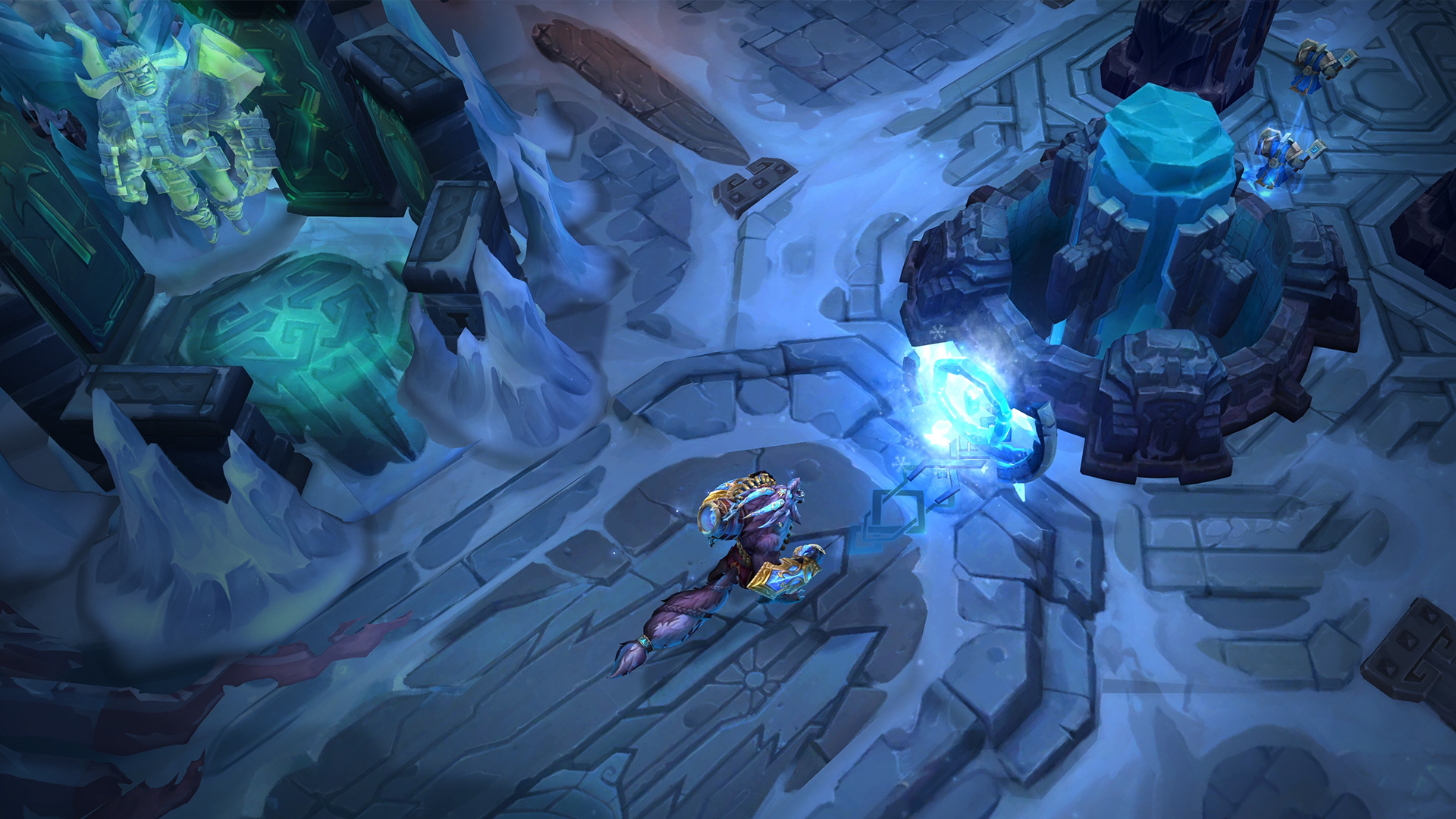 With Preseason changes only 2 days away we thought this would be a good opportunity to introduce EVEN MORE hype to our plans for League of Legends. When the PBE server updates later today you’ll notice Howling Abyss looks a little different.

That’s right ARAM players, we have quite a few updates lined up for you this Preseason! From new stat adjustments to falling towers to hexgates, we’re introducing several permanent mechanics that should bring some new excitement to one of the most popular bridges in Runeterra. You can expect to see these changes go live over patch 12.22 and 12.23.

Hello friends! Riot Maxw3ll here, the new Design Lead of the Modes Team on League. The Modes team isn’t just responsible for the Rotating Game Modes that come out periodically; we’re also responsible for modes like ARAM. It’s been quite awhile since we last took a good look at ARAM and how we support it, so we did just that! In addition to all the cool new map features we’re adding, we’re also introducing a couple new balance adjustments and levers that we can use to improve the experience playing as and against some of the difficult-to-balance ARAM champions.

Along with the map changes on 12.23 we’ll be updating the following mechanics in ARAM:

In general, these effects are targeted at reducing some of the more frustrating parts of ARAM. ADCs will now no longer have an easy path to healing back to full from a wave clear, and the super long poke of your resident AP Kai’Sa will be blunted a little bit.

A while back, the Modes team introduced specific stat modifier balance levers (like overall reduced damage) that we could use to balance a massive roster of champions more efficiently. These have been useful tools, but not all of our ARAM problem children are adequately balanced by these levers. For example, several assassins require huge damage buffs to remain viable, and multiple enchanter characters need their healing spells’ efficacy reduced. So, rather than scrapping the system that was working for most of the cast, we decided to expand our tools to have a little more nuance in balancing these champions. So, below are specific champion balance changes that will be shipping in patch 12.22. We’re doing these changes separately so we can get a read on what they do to ARAM balance and follow up as needed. In the future, you may see more new levers crop up as we require more specific solutions, but for now we’re focusing on three main areas:

Resource Regeneration - Targeted at energy-using champions, the management of Energy is intended to be used for quick engages and escapes, but in ARAM the fight never stops. In order to make these characters’ patterns a little more accessible and friendly to teamfighting, we’re adding the following:

Tenacity - ARAM is a bad time if you die to a single CC spell. We’ll be giving some of our squishier melee characters bonus Tenacity so that they can shrug off CC a little quicker.

Ability Haste - Only one entry this time, for our favorite arrow-spamming Freljordian, Ashe. Her ability to build Imperial Mandate and simply spam Volley to slow a whole team has meant that she hasn’t reacted much when we nerf her damage. We’re nerfing her Ability Haste specifically to reduce how often she can cast her team-wide slow and mark spell.

This is just the first round of balance adjustments! A quick note, since these are brand new balance levers we expect a little turbulence, but going into the future we’ll be analyzing the effect these changes have on these champions and take that into consideration for future balance adjustments. Our goal is to have champions more balanced long term so players can experience each champion’s unique fantasy.

A lot of the fun in ARAM happens when you’re grouped together with your team facing down your opponents, slowly poking them down, prepping your wombo combos, or just engaging in a messy 5v5. In order to increase the amount of time players spend engaging in these fights we’re adding Hexgates to the Howling Abyss so you can get back into the action faster!

Hexgates will be present from the beginning of the game and will teleport you directly from your Nexus to your outer tower. Once your first tower is destroyed, the Hexgate will then link to your team’s inhibitor tower where it will then stay for the rest of the game, setting your team up for some fun flanking plays or crazy back doors. And yes, you can use your enemy’s Hexgate.

If you’ve ever peeked into the depths of the Howling Abyss off the map you may have noticed the occasional chunk of bridge falling off because of all the rowdy visitors fighting atop. Well the bridge isn’t getting any younger OR sturdier, and the towers are beginning to show their age.

With this update, whenever towers are destroyed they will collapse and leave behind a pile of rubble which will be treated as new terrain. Our goal with falling towers is to create more interesting situations on the map that break away from the usual straight line of ARAM. Now you’ll have new choke points to think about and terrain you can experiment with to create new plays! 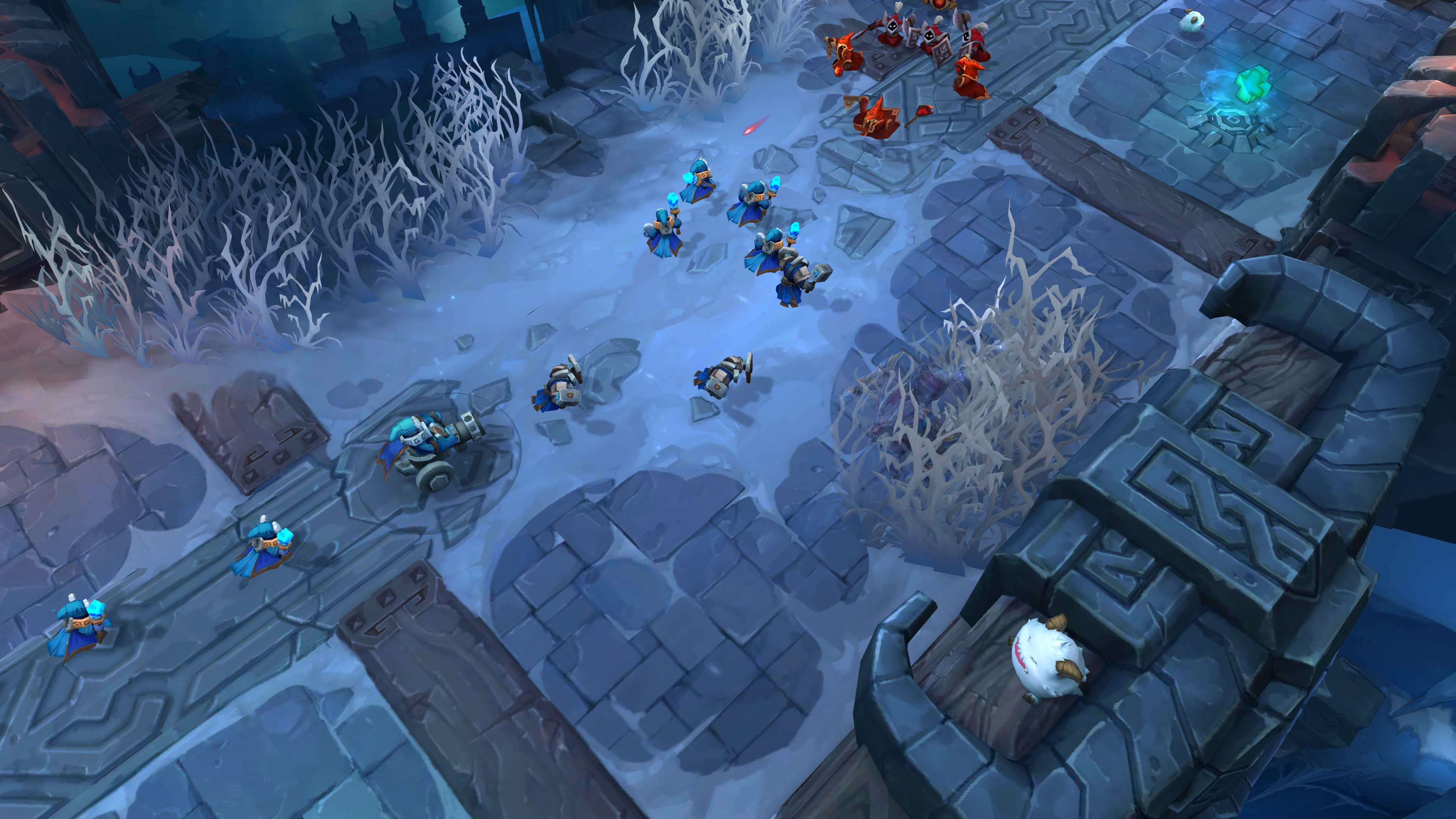 The caretakers of Howling Abyss have picked up gardening recently. Despite the difficulties of raising plants in the tundra, they have one brand new BRUSH to show for their work and have also managed to grow the pixel brush between towers a little bit! (Author’s note: this is not canon brush backstory) This bush will be on the bottom side of the bridge and is juuust big enough to fit a team of 5. Now you can do all of the things that brushes let you do, but on the other side of the bridge.

We’re adding a few small quality of life updates to the ARAM champ select process as well! Moving forward you’ll be able to see who on your team purchased a Battle Boost for everyone, so make sure to say thanks!

We’ll also be creating some parameters around Battle Boosts to avoid “last second” boosts so that all players are able to play with the skin of their preference. On behalf of ARAM players everywhere, we appreciate the Battle Boost, but sometimes we just have our heart set on using a specific skin.

Another helpful update we’re introducing to Champ Select is the ability to see which champions will grant you a Hextech Chest if you achieve an S rank. Now you’ll have another reason to give certain champs a try (and because we desperately need frontline).

As a special thank you to ARAM players everywhere, we’re going to be hosting our last Clash of the year on Howling Abyss! This Clash will be free-to-enter and feature an 8-team bracket where each team gets to play 3 matches. Each player will receive 2 rerolls per game, so make sure you use them all!

Registration for this special, for-fun Clash will begin on December 5 and the tournament days will be on December 10 and 11, 2022.

Players that participate will receive a limited-time, exclusive ARAM clash icon so make sure to mark your calendars! 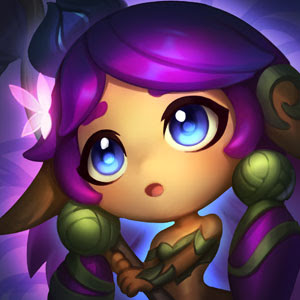 Riot Maxw3ll
Modes Design Lead ― Daniel Emmons
Former designer of cute champs + current designer of modes. He can’t play a champ more than one game in a row, which is why he tells himself he’s hardstuck Silver.