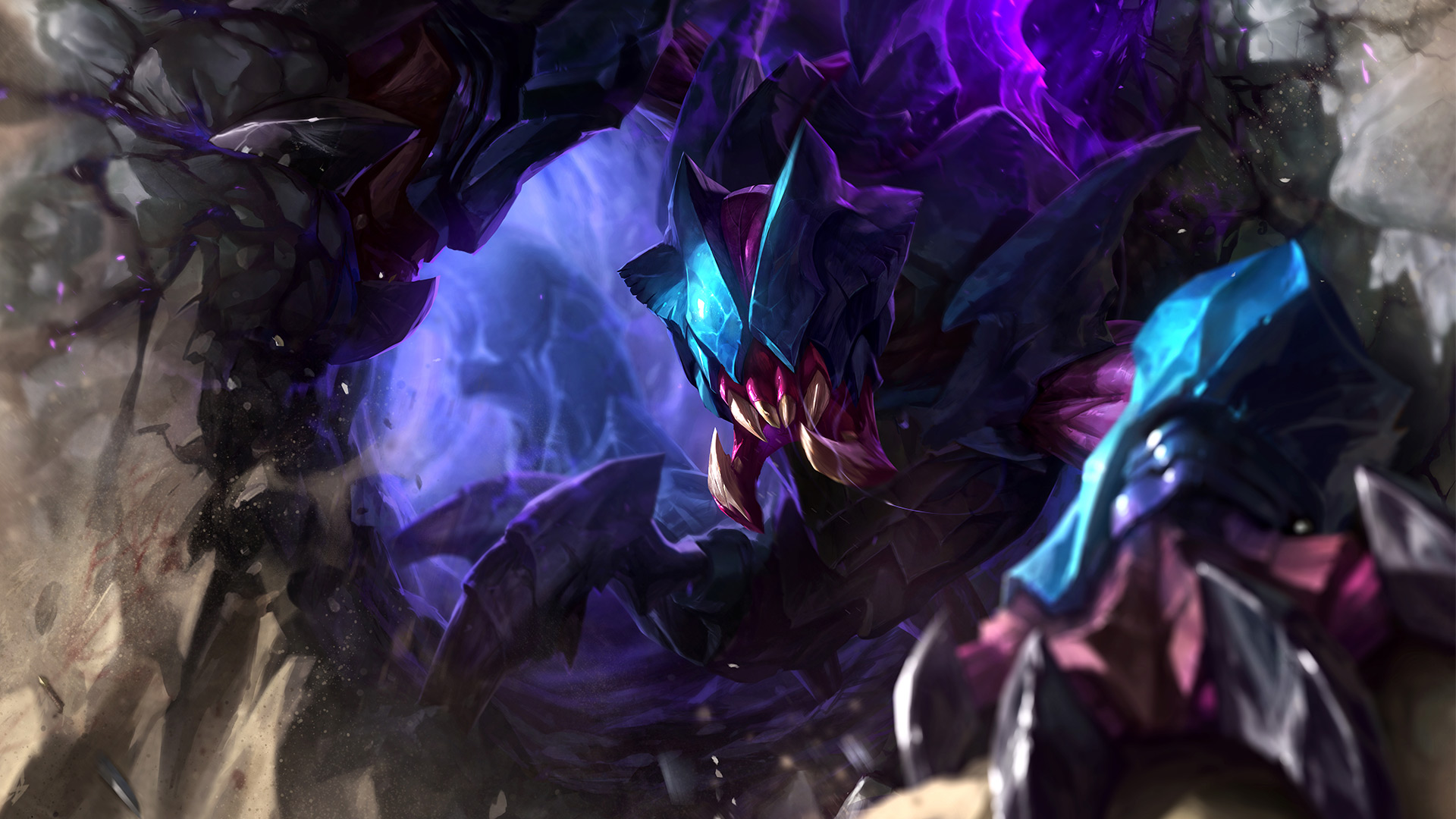 Dev
/dev: Of Men and Monsters

Why do we make more human champions than non-human ones?

Hi everyone, lately I’ve been noticing more players in various places talking about how we’ve been making more human champions and fewer monsters. This was an intentional shift on the Champions Team, so I thought it’d be good to go over our thinking so you can better understand how we got here.

First, let’s start with why we still make new champions, since for me “because we’ve always made new champions” isn’t really a strong enough answer.

The main reason we continue to make new champions is that we believe part of League’s magic is its never-ending mastery curve. Learning new things is fun and keeps players excited to keep playing. Once you’ve learned everything about a game, it can start to become less engaging. While new players have plenty of new things to try and learn in League, we have millions of players that have been playing for years—some even since League first launched. 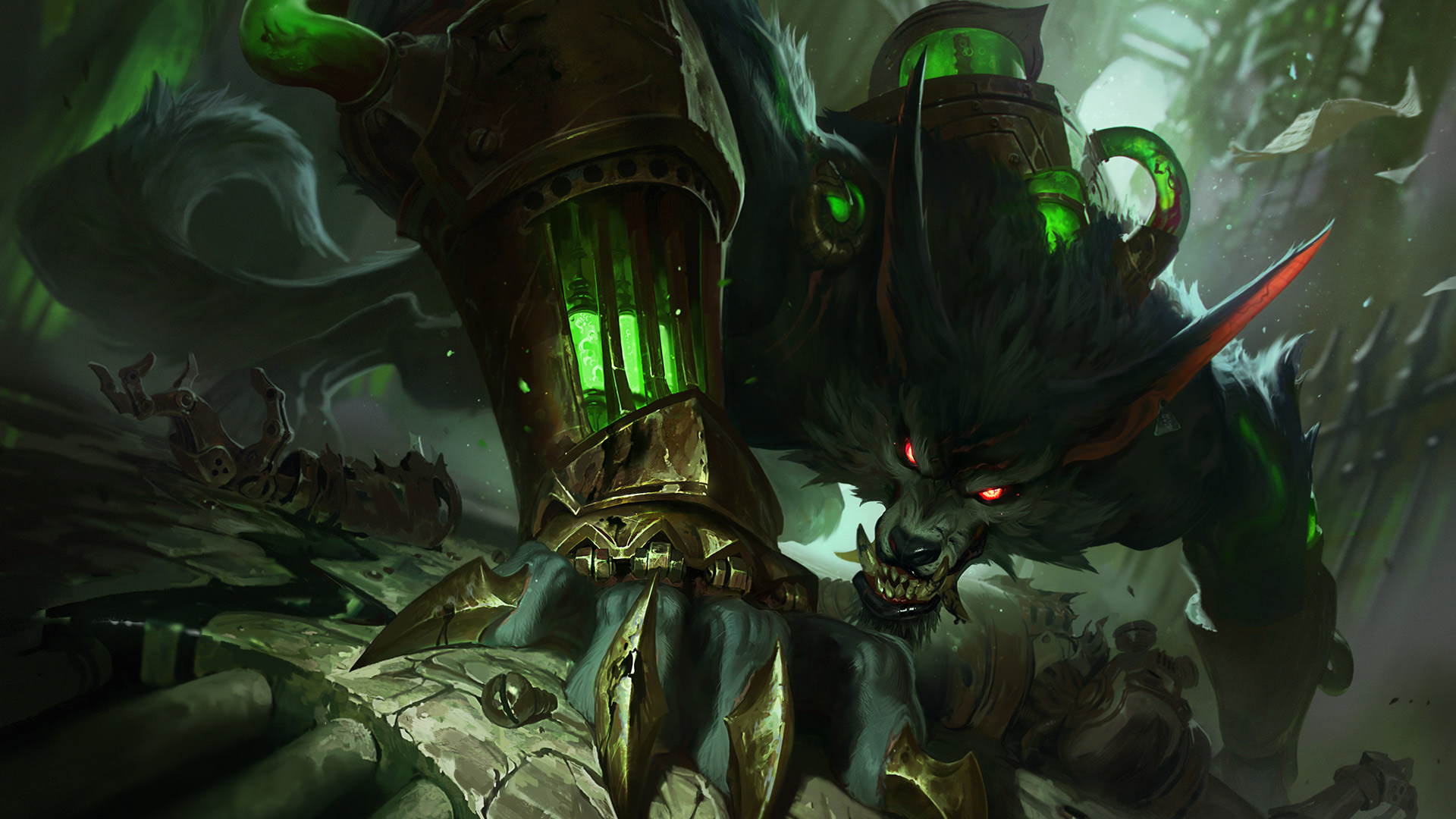 The kicker here though is that for new champions to hit their goal, they need to be picked and played in games. If they aren't played much, then they don’t really achieve their goal of adding something new for many players to learn. This isn’t to say that all champs need to achieve this goal, as part of the fun in League is playing against that really niche champ you don’t see that often but that really mixes up the game when you do. Niche champions can also deeply resonate with a smaller number of players in a way broadly-appealing champions could never do.

With all that in mind, back in 2017 we made it a more explicit goal to ship more broadly-appealing champions. We did a lot of research into what makes a champion broadly appealing or niche by surveying players all over the world. What we found was that one of the major things that made a champion more relatable and appealing was when they were human. There are many other factors of course, like how attractive, dark, powerful, edgy, cute, fashionable, skillful, etc. a champion is. But with the exception of a few outliers (like Kha’Zix and Yuumi), almost every champion that’s broadly played is a humanoid of some kind. Humans just seem to be more relatable to other humans—it’s probably why so much fiction in our world revolves around people.

I know some of you are going to say, “Doesn’t the gameplay matter more than the theme or visuals? If monster champs had better kits, then more people would play them.” While this is true to an extent, it’s only true for some players—in fact based on our data, it looks like a champion’s playrate is a combination of actual power, perceived power, and thematic resonance, with theme being one of the BIG parts of that equation. 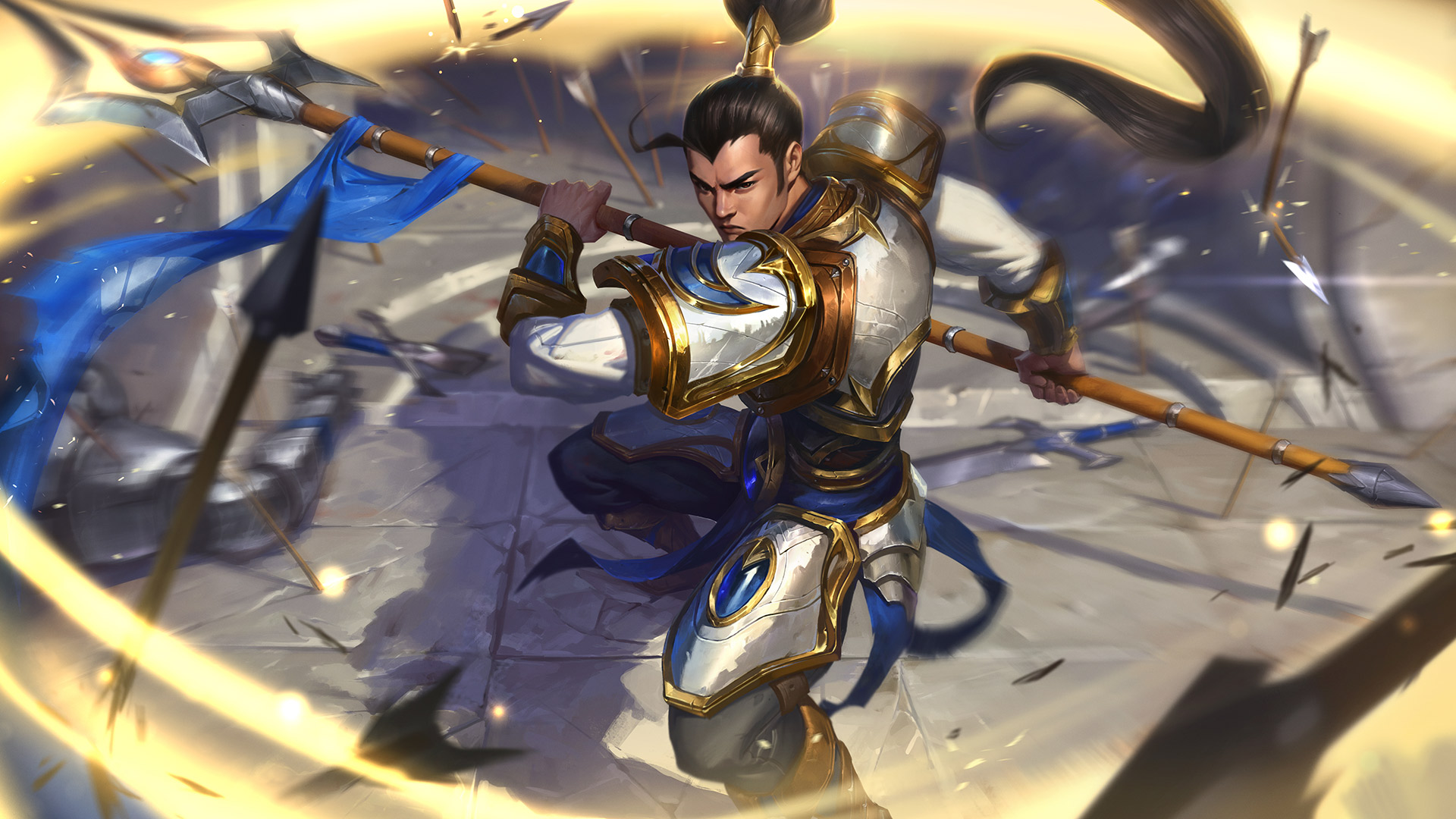 One of the ways you can see evidence of this is by looking at the different playrates of some champions from region to region. Champions don’t have different gameplay in different regions, and yet Jinx is more popular in western regions (where the punk rock aesthetic is more resonant) than eastern regions. In contrast, Xin Zhao and Jarvan are more popular in China. Yasuo is popular everywhere, but he is extremely popular in eastern regions. And it’s not just those examples: Champion popularity varies between regions and a lot of the variance can be linked to how resonant that type of theme is in that region.

We also see a heavy connection between champions that rate highly on the survey question,“Do you like this champion’s theme?” and their popularity. There are outliers of course, like if a champion’s kit is so esoteric that it hinders people from playing them, even if they like their theme. This can cause a champion with a broadly-appealing theme to have a much lower playrate than expected. Aurelion Sol, for example, generally gets very high scores for theme and visuals but very low scores for gameplay, and ends up a lot more niche than a dragon-themed champ ought to be. 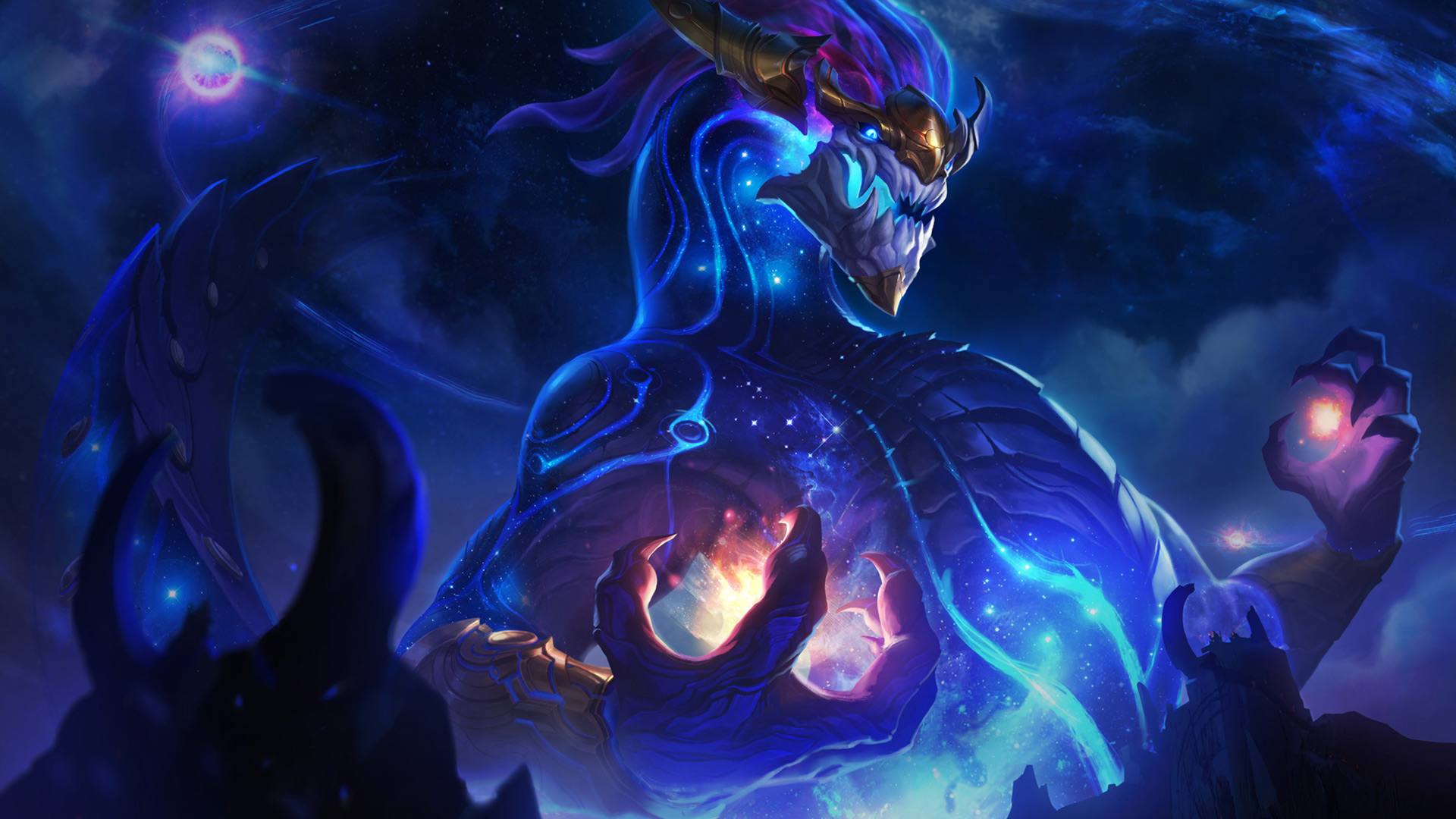 Also when I talk about play rate, I’m referring to all PvP game modes where players select a champion. In solo queue, the higher up the ladder you go, the more a champion’s power drives pick rate (rather than theme), but high MMR is a very small percentage of League’s total playerbase. Because having a champion you love is a major factor in whether someone continues to play League, regardless of rank, we tend to consider the entire playerbase when designing champions.

The Rise of the Humans

So now that we’ve covered that engagement is the primary reason we make new champions and that theme impacts engagement, let’s talk about how we got to where we are today.

We started to subtly shift our strategy back in 2017 as we began to make a clearer framework around broad and niche appeal. Then in 2018, the Champions Team made it an official strategy to target 70% broadly-appealing champions and 30% niche champions. We also include VGUs in the breakdown since they also drive engagement and usually bring new mechanics to learn.

Going back to our main goal for champions (engagement), if we were to release two niche VGUs in a year, and also a few niche champions, then overall we wouldn't really be driving very high engagement. So the main reason for the shift to making more broadly-appealing new champions, and thus more humans, started officially back in 2018.

Recently though, there’s been a second reason we’ve continued to make a large amount of human champions. That reason is that representation has been a larger goal for the Champions Team in the last couple years, and we’ve been trying to make more champions that are inspired by different cultures around the world. And while Runeterra isn’t Earth—so our goal isn’t to make champs that perfectly reflect real world locations—we have made a stronger effort to make champions inspired by regions everywhere. We want all players to be able to see themselves in the games they play, and League champs are no exception. 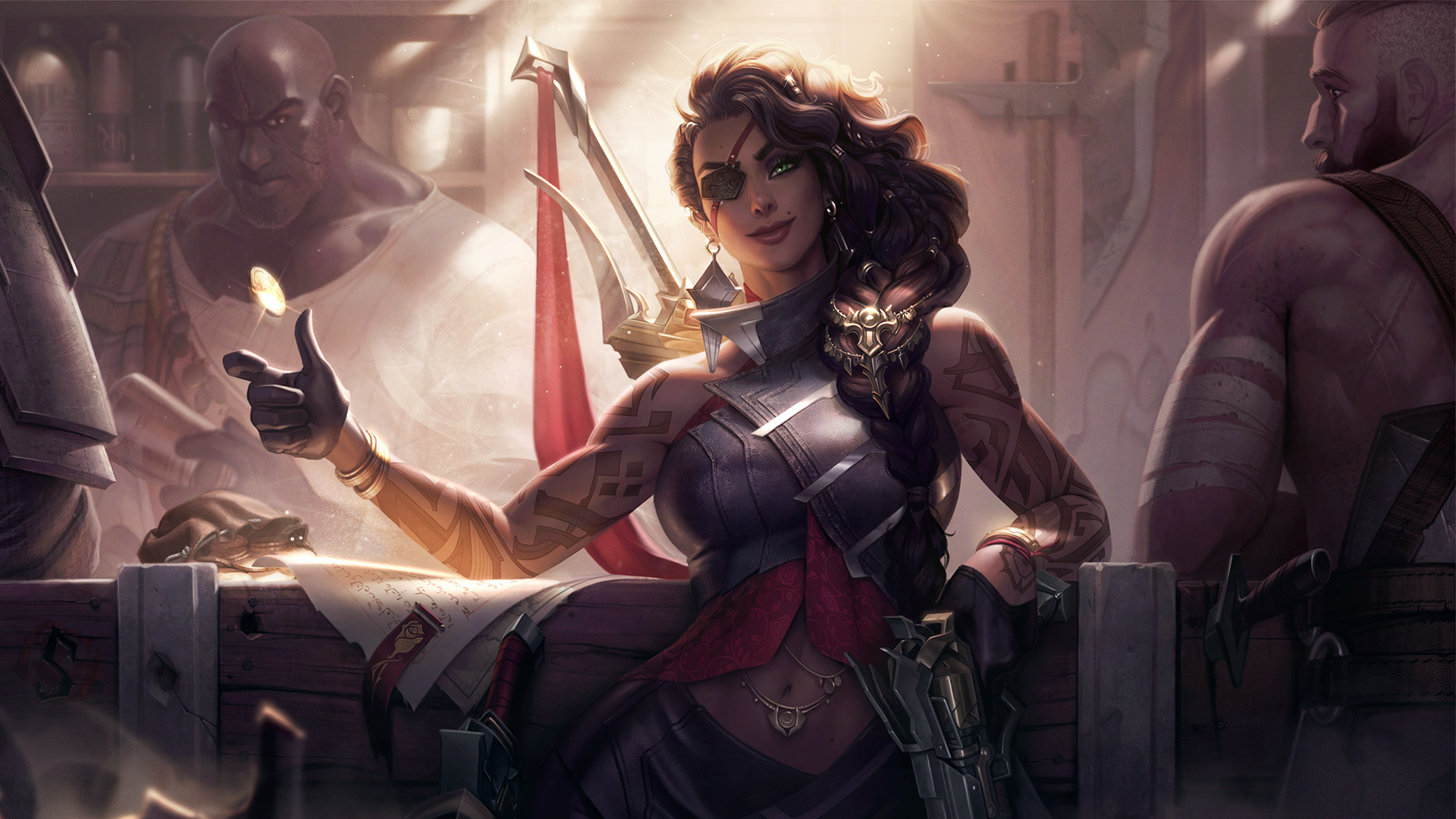 This is something we’ve become really passionate about on the Champions Team, which you’ll see reflected in some of our recent (and upcoming) champions. For example, Samira was inspired by Persian culture, Viego by conquistador-era Spanish culture, and so on. To do good cultural representation though, you almost certainly need to make humans, or at least champions that are close enough to humans that people can relate to and identify with them. So this is another reason we’ve been doing more humans recently.

Even with all of this, we think we’ve leaned a bit too heavy on straight-up humans in the last couple years. Lately we’ve been making one non-human a year, but that also included human-ish champions (like yordles) or semi-human champions (like Lillia), as well as creatures like Yuumi. We reflected on that and decided to instead group champions into 3 categories rather than 2 (human and non-human). The three new categories are human, humanoid, and creatures. 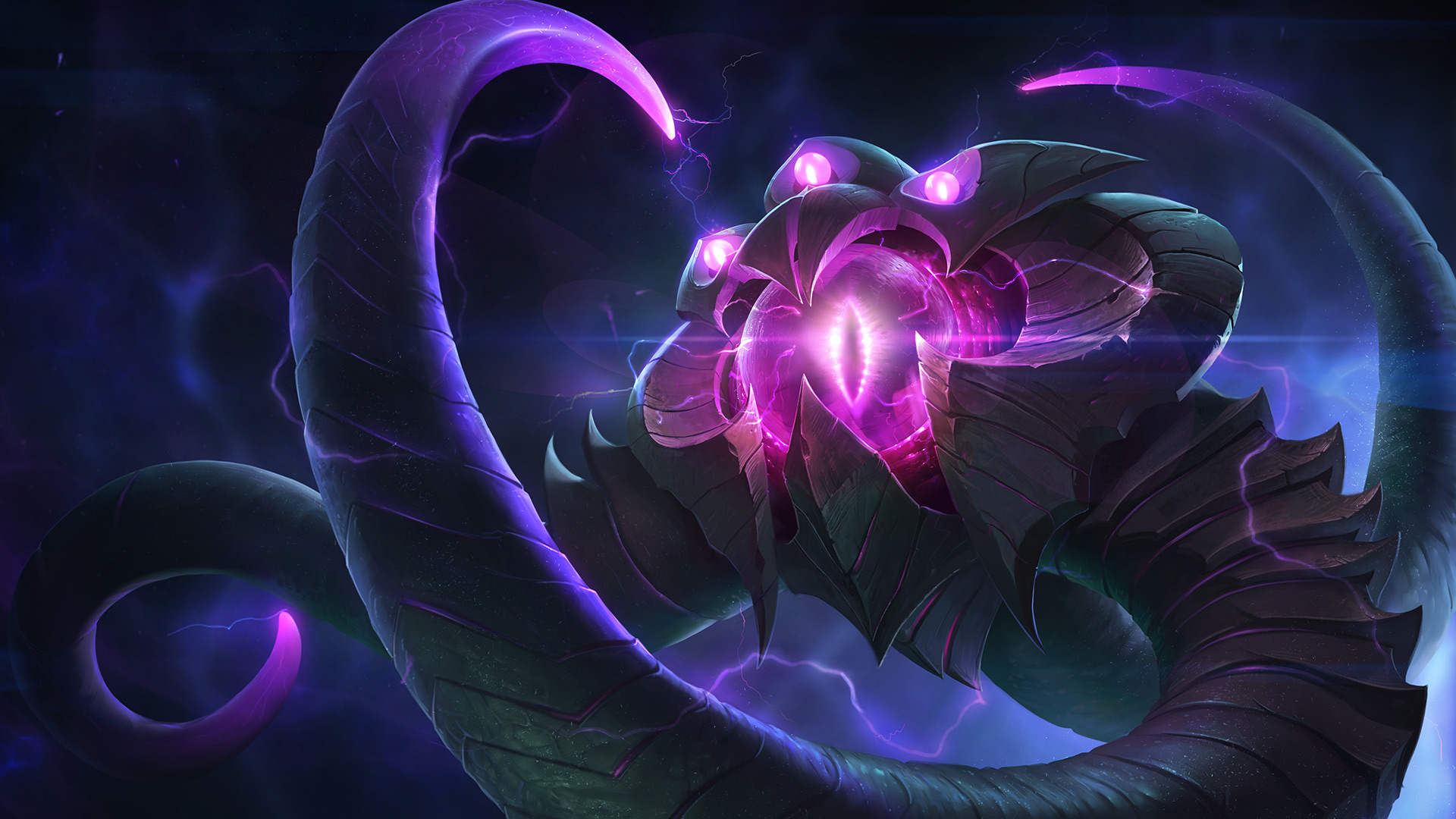 Humans include any champion that is mostly human, or very close to it, like Lucian, Senna, Yone, Pyke, and Jhin. Humanoids include any champion that is half human, or at least are pretty close anatomically to a human, like Lillia, Urgot, Renekton, Aatrox, yordles, and so on. The last category is creatures, which includes any champion that doesn’t resemble a human at all, like Rek’Sai, Vel’Koz, Yuumi, Aurelion Sol, Skarner, etc. It’s worth noting that this isn’t an exact science (is Zac more humanoid or creature?), but the general categories are helpful.

"Monster" isn't one of the categories because that's more about aesthetic than anatomy. Aatrox and Renekton are examples of monstrous humanoids, whereas Yuumi is an example of a non-monstrous creature.

We have plans to make a new creature champion in 2022 since it’s been a while, the last one being Yuumi. While it made sense to make a cute creature like Yuumi since the game was lacking in cute creatures, we want the next one to be on the darker side. This doesn’t mean we’ll do a full creature every year, as they are pretty niche, but we do want to make more non-human champions going forward. 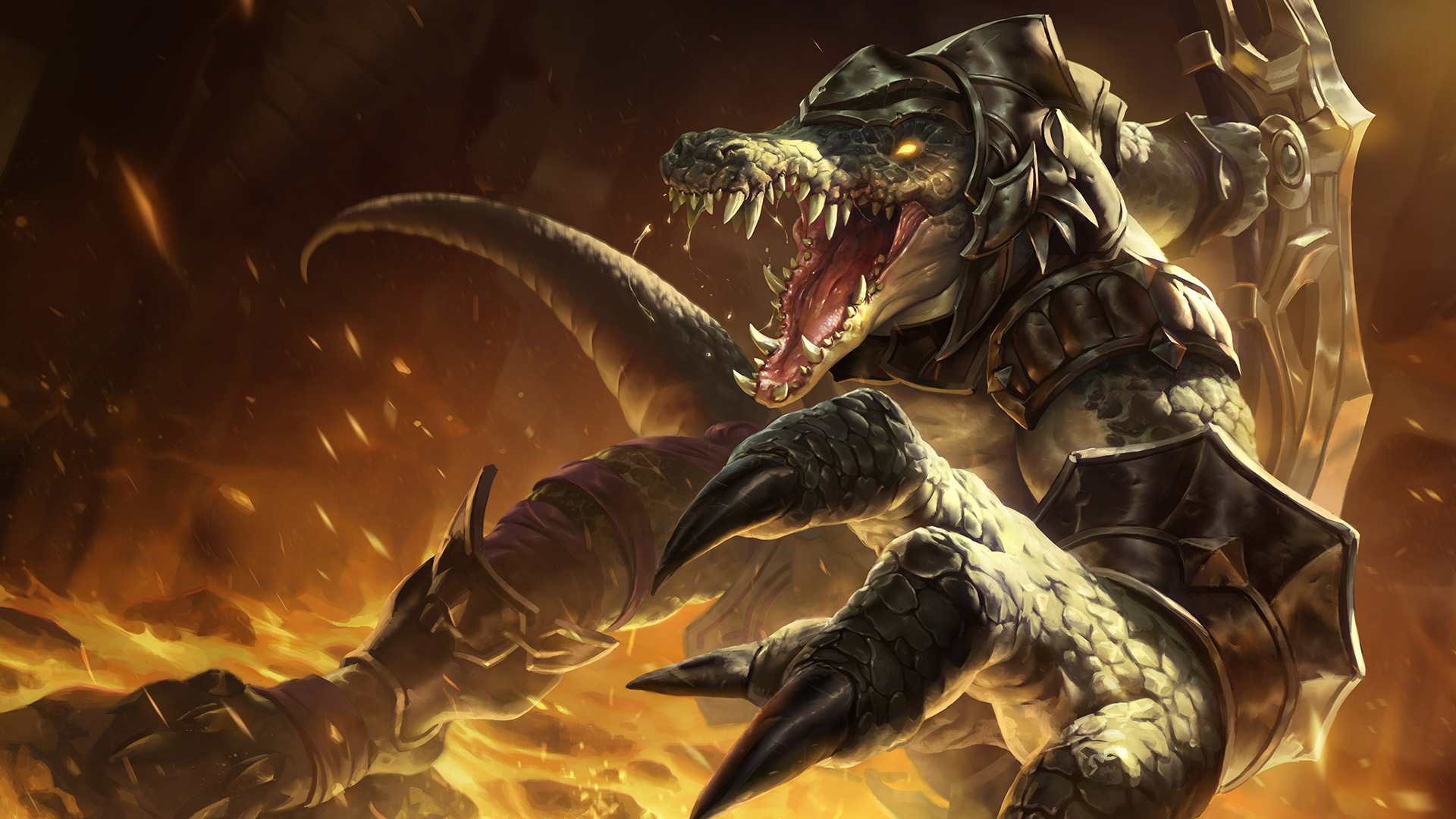 I hope this at least gives some clarity as to why we shifted to creating more human champions, even if you disagree with the shift. If you’re a fan of monstrous champions, I think 2022 will have some champs that appeal to you, even in the humanoid group.

Thanks for all the continued support you all have given us on the Champions Team over the years. We appreciate you all.