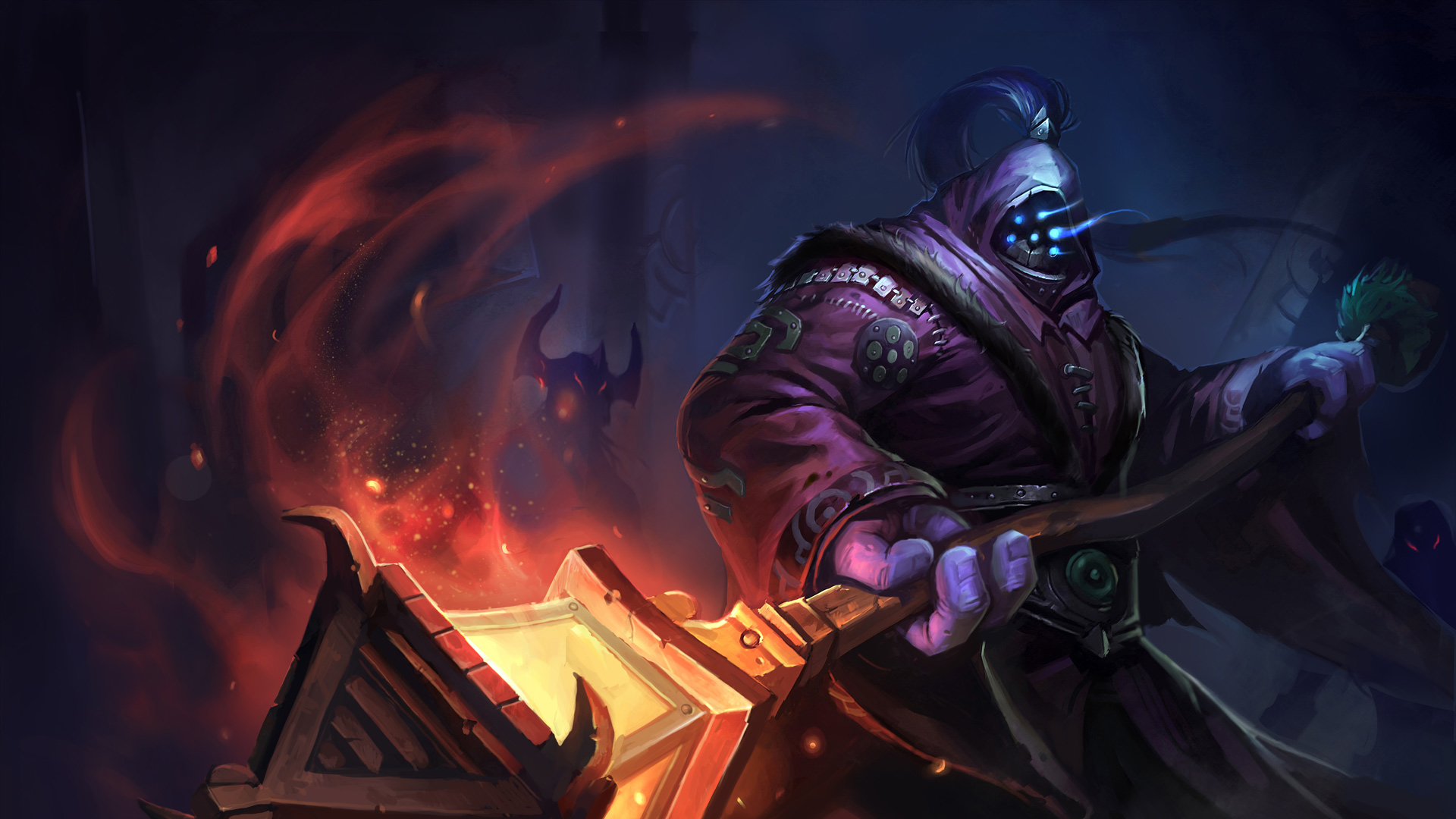 Why dodging is a problem for League, and what we're doing about it.

Hey all, BarackProbama here to talk some more about a very chill and cool topic that no one ever has opinions on: Champion Select dodging and penalties. When we previously discussed our plans for dodge penalty escalation, we saw some pretty strong reactions. The changes start going live starting in patch 11.15, so we wanted to talk more about the philosophy and data behind the problems we're trying to solve.

We mentioned before why dodging is bad for League: When a player dodges, the matchmaker has to throw everyone back into queue and form new teams out of the remaining players. This can be a headache at all levels of play, but is especially bad in places with a low player population, like the top of the ladder. Already-long queue times get even worse and match quality goes down because the matchmaker has to pull from a wider skill range to fill open positions. Dodging gets everyone into matches more slowly, and the matches are worse.

Beyond lower quality matches, we also believe that intentionally dodging ranked games to guarantee favorable circumstances reduces the competitive integrity of League. We expect players to try their hardest in all situations, even those that are uphill battles from the start.

For example, strategically banning champions is a core mechanic in ranked. It’s a part of what makes League dynamic and interesting, and creates a tradeoff risk to one-tricking. Playing around bans is a key component to being skilled in the game, and dodging whenever your main gets banned removes the need to get better by learning how to win on multiple champs. That's another reason we're working to curtail this behavior.

Of course, there are real cases like emergencies or disconnects that warrant not playing a game you’ve started. That's why the first punishment tier is light, so that occasional dodging for legitimate reasons isn't overly penalized. But the spike in dodges at high MMR tells us that this isn't what's occurring in most of those cases.

The first and most salient thing we look at are the number of games that don't start. At high levels of ranked play (Diamond I+) for the past few months, ~33% of champ selects end in a dodge. Not cool. 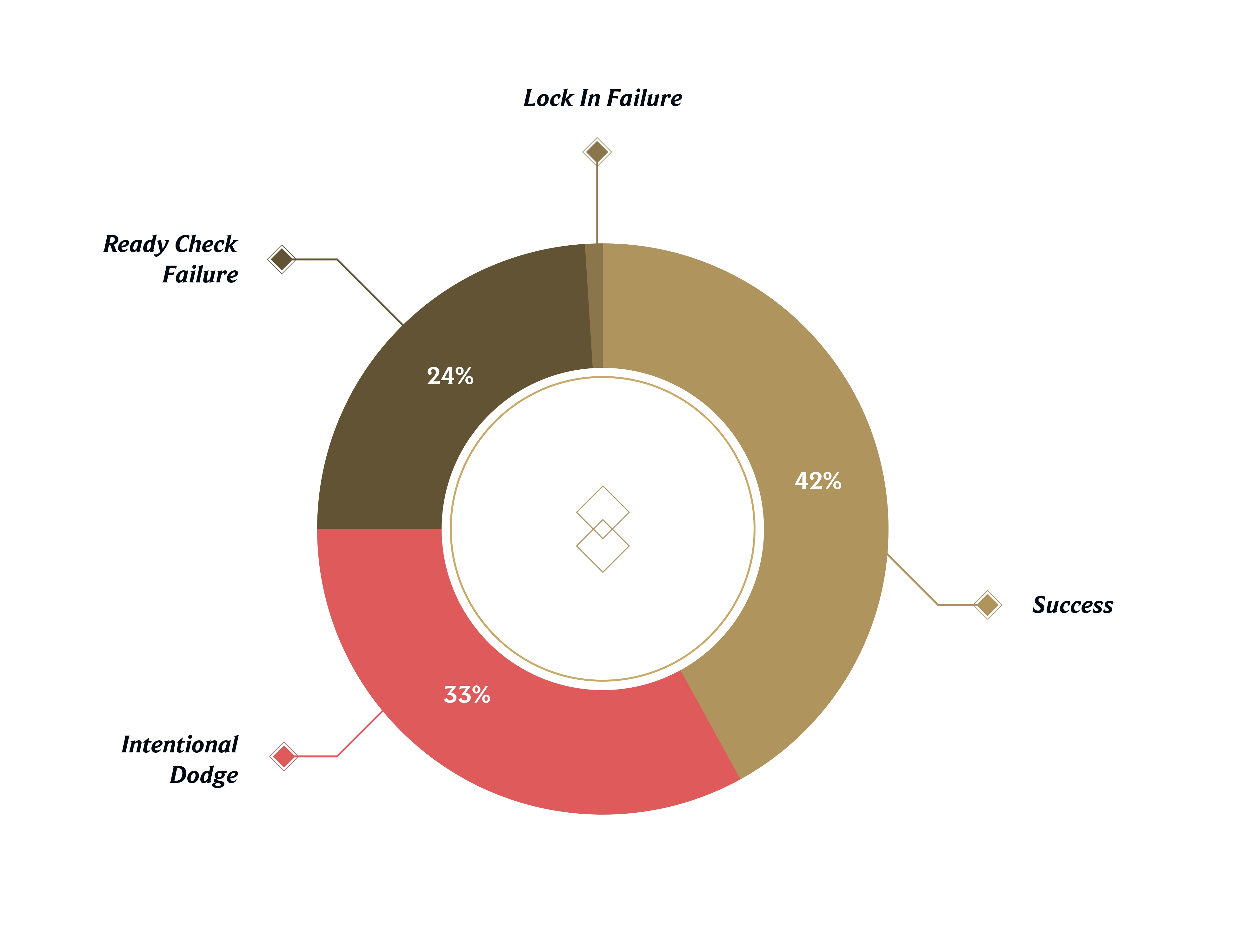 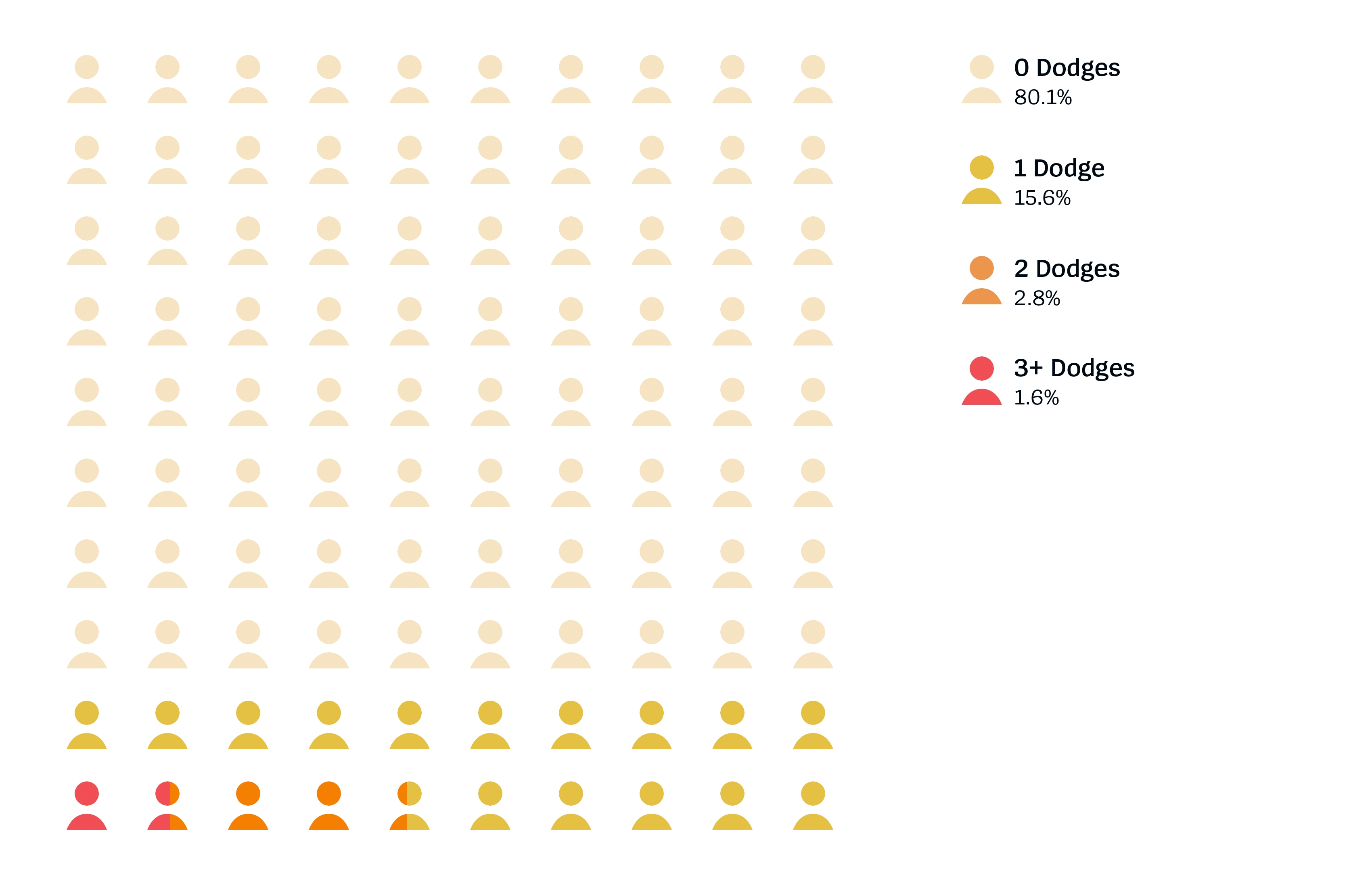 Which leads to an average increase of 40% in the time it takes to get into a game at this level.

Obviously this isn’t a great state of affairs, which leads us to…

What We're Doing About It

As a refresher from last time, we're adding a new dodge penalty tier to curb those 1% of players who dodge 3+ times a day. One dodge will move a player up a tier (or three failed ready checks—this has been true for years but we haven't talked this deeply about dodging before so it's not common knowledge). We also want to acknowledge that this doesn't address some of the other root causes of dodging; more on efforts to tackle those in a bit.

Since last time, we also heard feedback that this new tier should be added to ARAM. Here's what ARAM's penalty tiers will look like:

Another change we’re making is only apply these restrictions to League of Legends MOBA modes (Summoner’s Rift, ARAM, event game modes) which means that TFT will be unaffected. Since players can't disrupt TFT games by dodging (there's no champ select), there's no harm for queue lockouts to protect the community from.

We’re going to be rolling this out carefully over the next few patches to ensure that it has the effects we want: Higher match quality and lower queue times, especially at high ranks. These changes will go into effect without warning in order to best measure their effects. Consider this post as notification that they may activate at any time.

One critique some players had when we announced the new penalty tiers above is that they only impact LP, which can be recovered fairly easily. In the future, we plan to evaluate additional punishments that will stick with a dodger for longer than a one-time LP penalty.

As mentioned earlier, we understand that we also need to attack the root causes of dodging. Here's a snapshot of some of what we're looking into:

Adding New Punishments to Champ Select Reporting - This will be a way for players to report someone who is intentionally planning to ruin the game from champ select and have that player bear the consequences of their behavior.

Autofill/Secondary Role Parity - We’re investigating targeted enhancements to matchmaking that will prioritize both teams having the same roles autofilled, not just the same number of players. This is an improvement that didn't make it into last year's general matchmaking updates, but with the added urgency around the dodging issue, we're reprioritizing it now.

Whew! That was a lot. Thanks for sticking with me and see you on The Rift! 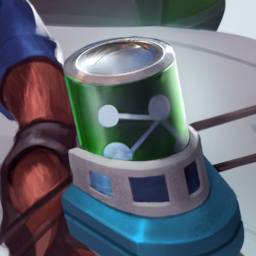