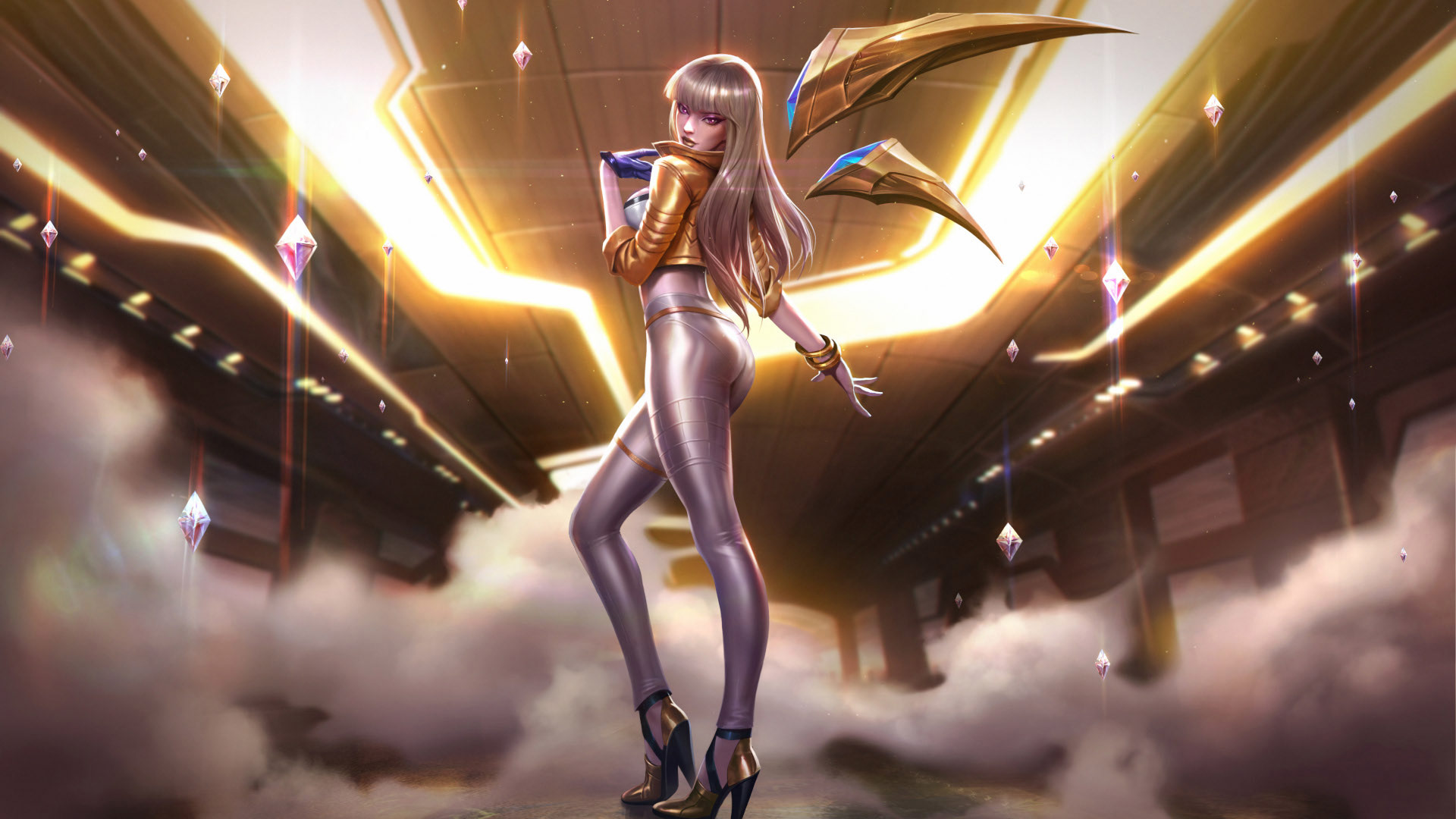 Hot on the heels of our season start video announcement, here's a walkthrough of the mythic content changes coming to League's rare and exclusive content in 2022. This update rolls out in three phases: 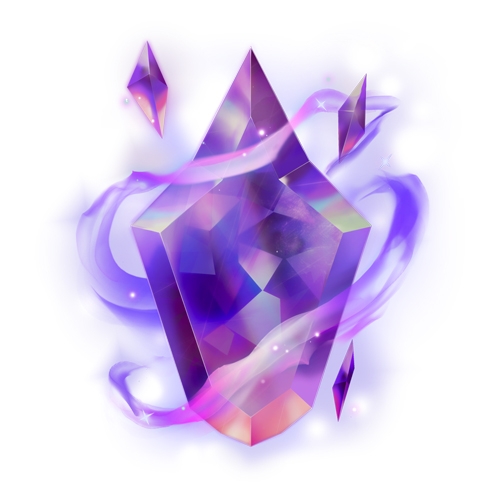 We're also replacing the Gemstone shop with a Mythic Shop that features rotating content. The content on offer includes:

Unvaulted Prestige skins: Prestige skins released at least 1 year ago are eligible for unvaulting in the Mythic shop. Two Prestiges will be unvaulted each month. Here's how Mythic Essence prices will be determined:

2018 and 2019 Prestiges start at higher tiers to respect the higher exclusivity and difficulty of obtaining them, compared to newer Prestiges. In addition, when those Prestiges are unvaulted, original owners will receive exclusive modified versions of the skins in recognition of their investment. These modified versions won't be available for Mythic Essence. The cutoff for OG ownership will be one patch before the Mythic Essence transition. This date will be messaged in the patch notes. 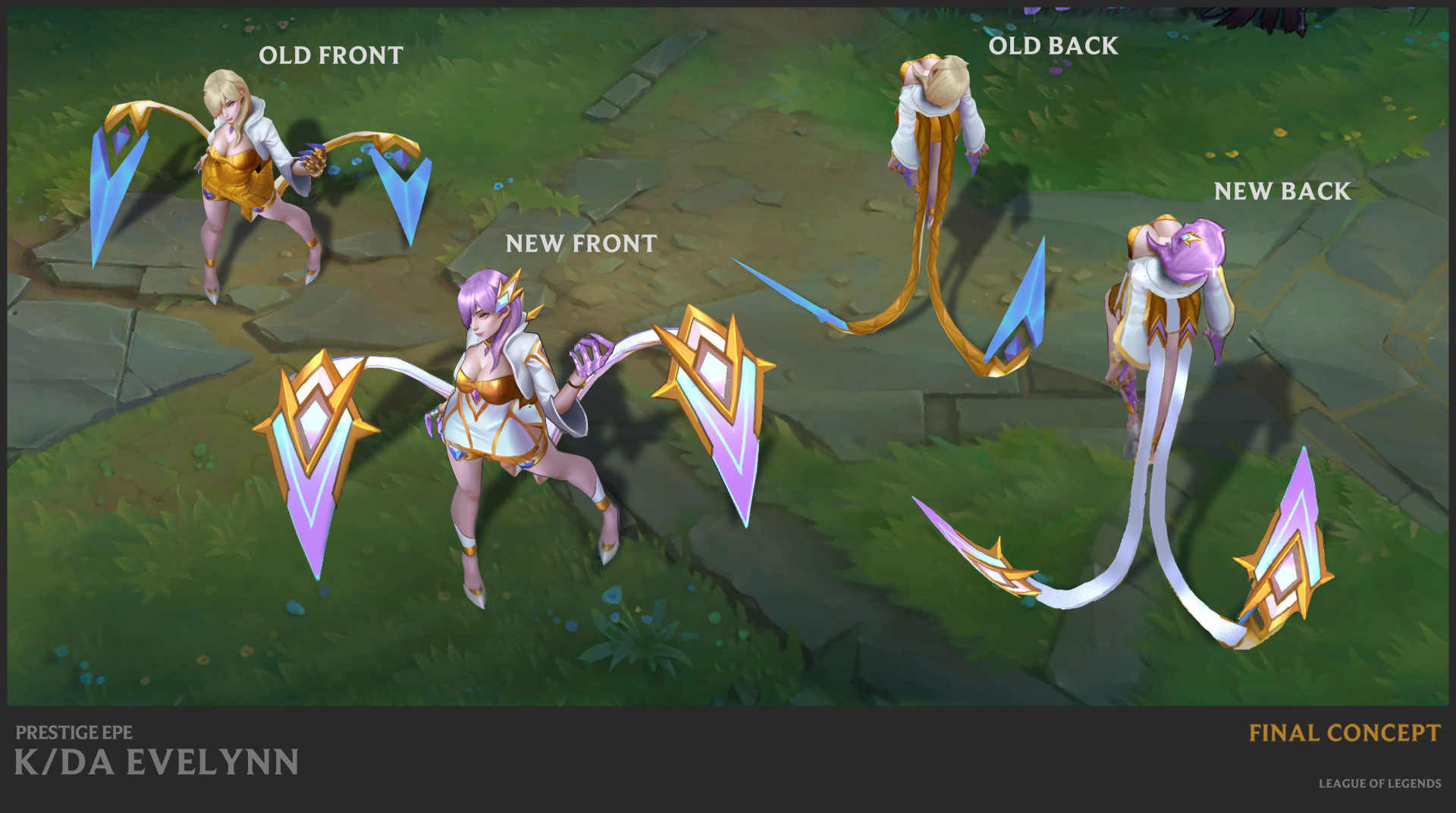 We're kicking things off with a bang by doing the first three unvaults all at once, meaning six Prestige skins will be unvaulted for three months:

Mythic thematic skins: Like old Prestige skins, old Gemstone skins will also be unvaulted on a two-at-a-time rotation in the Mythic Shop, but will rotate every three months instead of each month. They'll debut at 100 ME for their first unvault, and cost 125 ME on subsequent returns. The first unvaults will be Hextech Annie and Hextech Amumu.

Additionally, we're retiring the Hextech thematic and introducing new seasonal thematics for Mythic Essence-exclusive skins. The 2022 Mythic thematic is Ashen Knights! A new Mythic thematic skin debuts at the beginning of each three-month rotation and rotates out at the end. These skins cost 100 ME on debut, and will cost 125 ME when they're unvaulted down the road.. 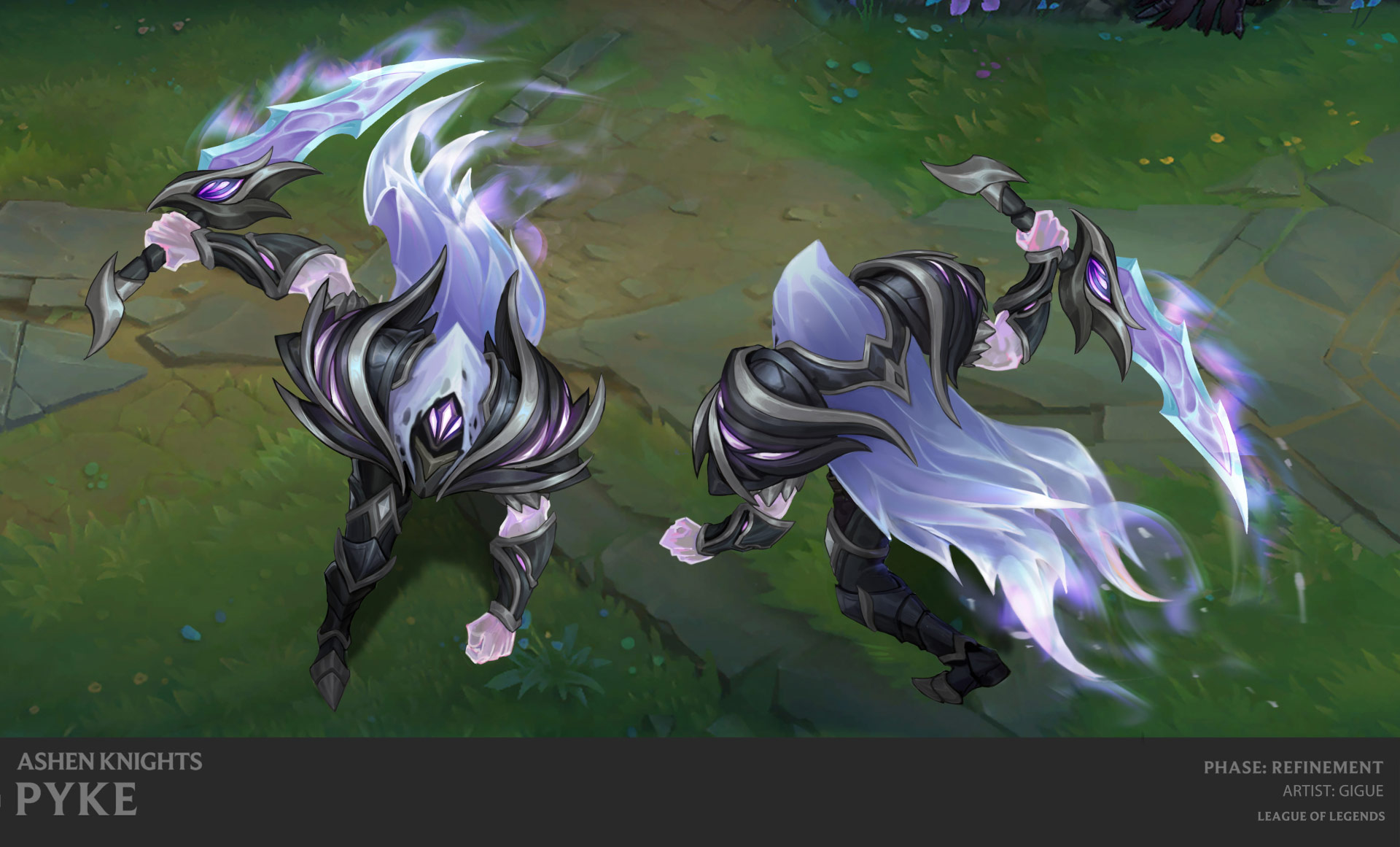 When new Prestige and Mythic skins debut, they'll be unavailable in loot pools, including rerolls, until their debut period ends (ex. when Ashen Knight Pyke leaves the Mythic Shop, or when a new Event Prestige skin's tokens expire). After that, they'll be eligible for loot drops and rerolls, but won't grant the border or summoner icon they initially launched with.

Starting in phase 2, Prestige skins are leveling up. We're experimenting with a new thematic layer to Prestiges to help them stand apart and feel like more than gold chromas. Prestige 2.0 skins are high-fashion reimaginings of the base thematic, as if it were the theme for a red carpet or runway event. Along with this new identity, we're amping up the value that Prestiges offer, including brand new splash art!

Loot showcase events, like 2021's PROJECT or Battle Academia, are switching from Prestige Point bundles to a rewards track that progresses as you open event capsules. The skins that would've been released for Prestige Points now debut in the Mythic Shop for 125 ME and go into the vault once the Showcase ends. 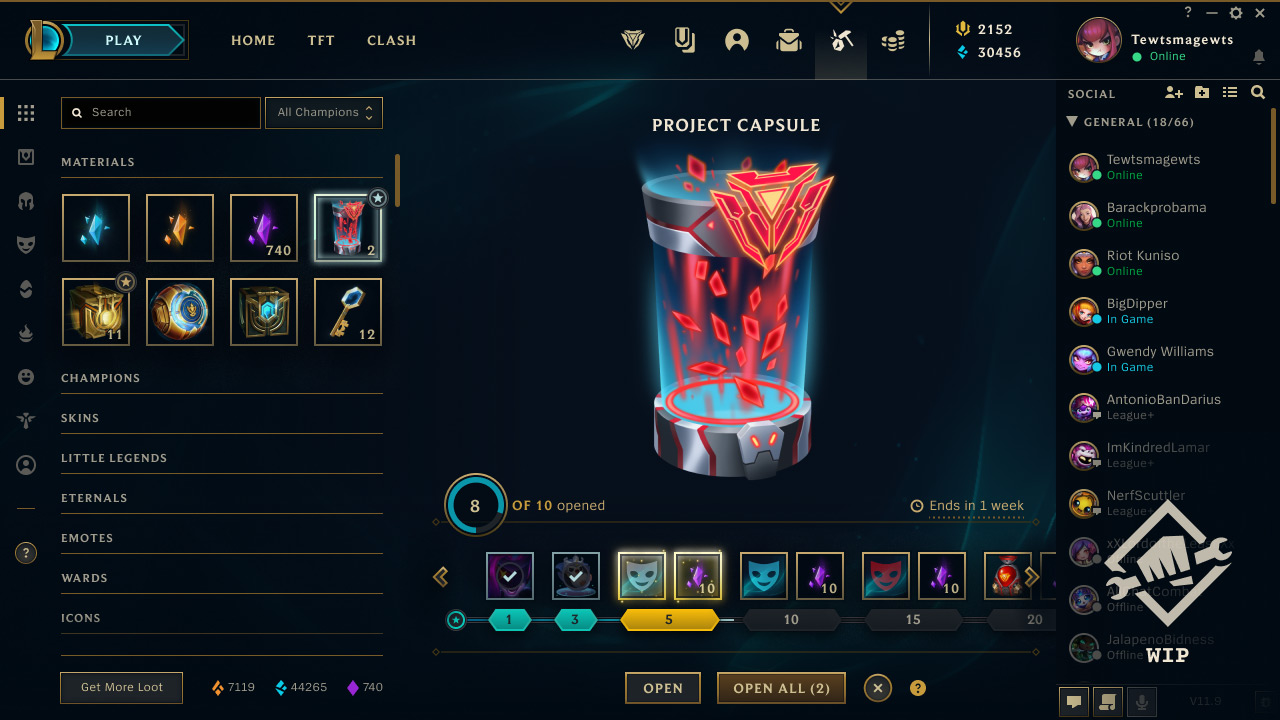 A showcase milestone track is designed to match the same amount of loot you would've had to buy to earn 100 Prestige Points through capsule bundles in 2021, but with a bunch of extra loot rewards attached. We'll share more info on Showcase rewards tracks when they launch! 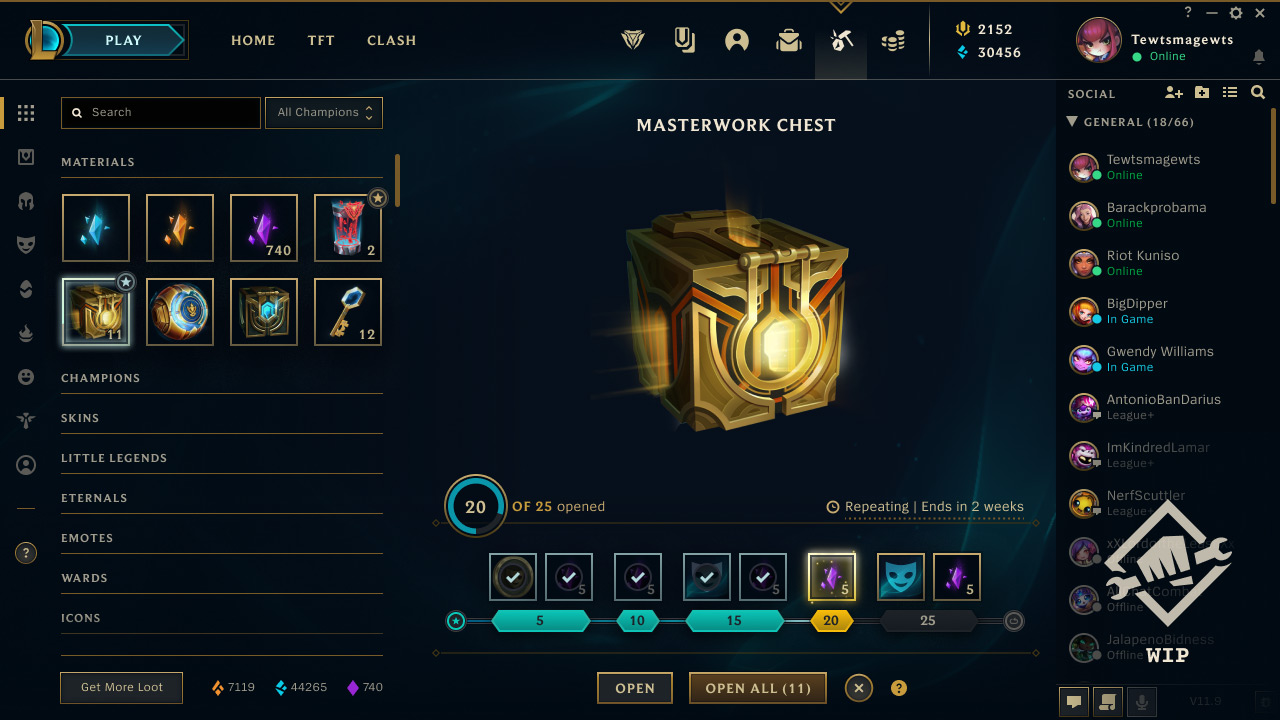 Masterwork milestones are an infinitely repeatable rewards track for opening Masterwork chests. ALL Masterwork chests count toward this track no matter how you obtained them (ex. mission rewards), not just ones you purchase directly. We're currently planning on the following rewards. 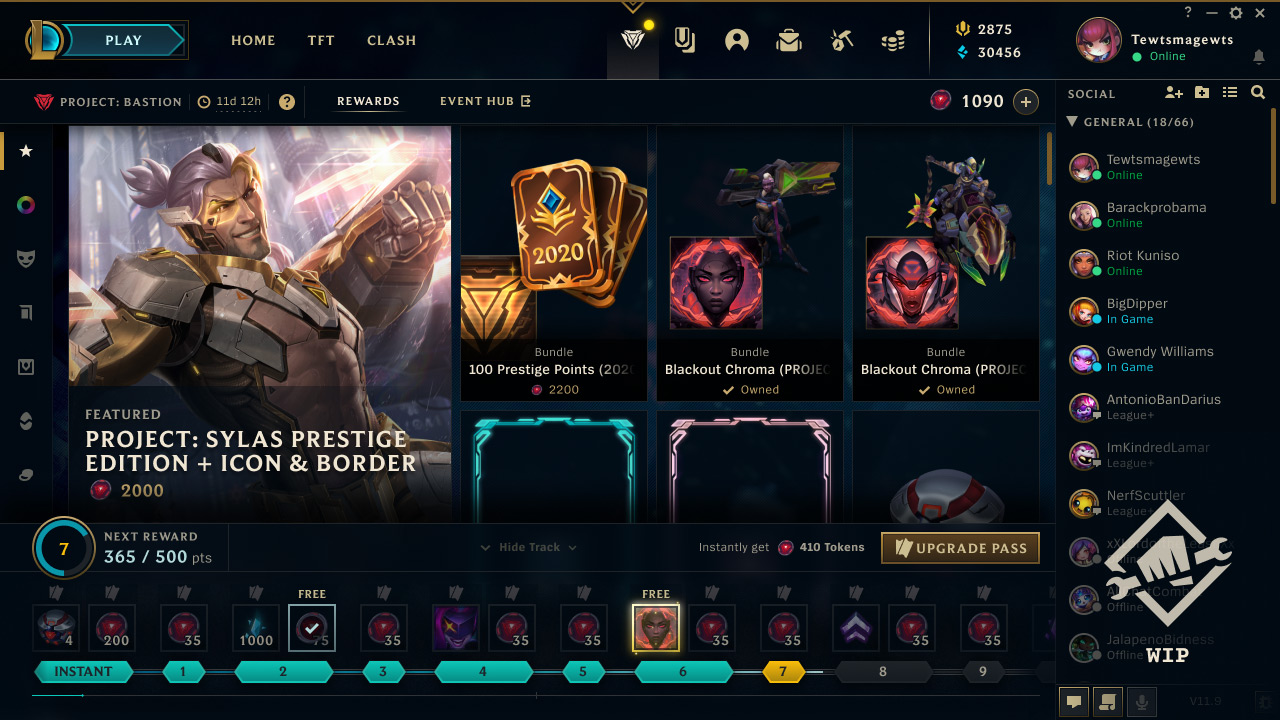 The last step of the Mythic Content Overhaul is an update to League's event passes, hybridizing the existing Token Shop system and more traditional battle passes. Earn XP from playing games and completing missions, and unlock tokens and other rewards as you level through the pass. All the rewards spread across different event mission types today are consolidating into a 50-level rewards lineup with paid and free tracks:

Like today, you'll spend the tokens you earn in a Token Shop, and once the new Event Pass launches, we'll adjust tuning as needed to ensure it doesn't take longer to grind 2000 tokens than it does now. The new shop has a few usability improvements, like category tags (the icons on the left of the image above!)

When League's event pass evolves, we're not increasing its price. Event passes will still cost 1650 RP and include four Event Orbs and 200 Event Tokens. We're also keeping the 2650 RP bundle that includes the base skin of the event's Prestige, its border, and its icon.

We're excited to finally bring these updates to you this year! We'll let you know as each phase releases, so keep an eye out as the changes get ready for launch.