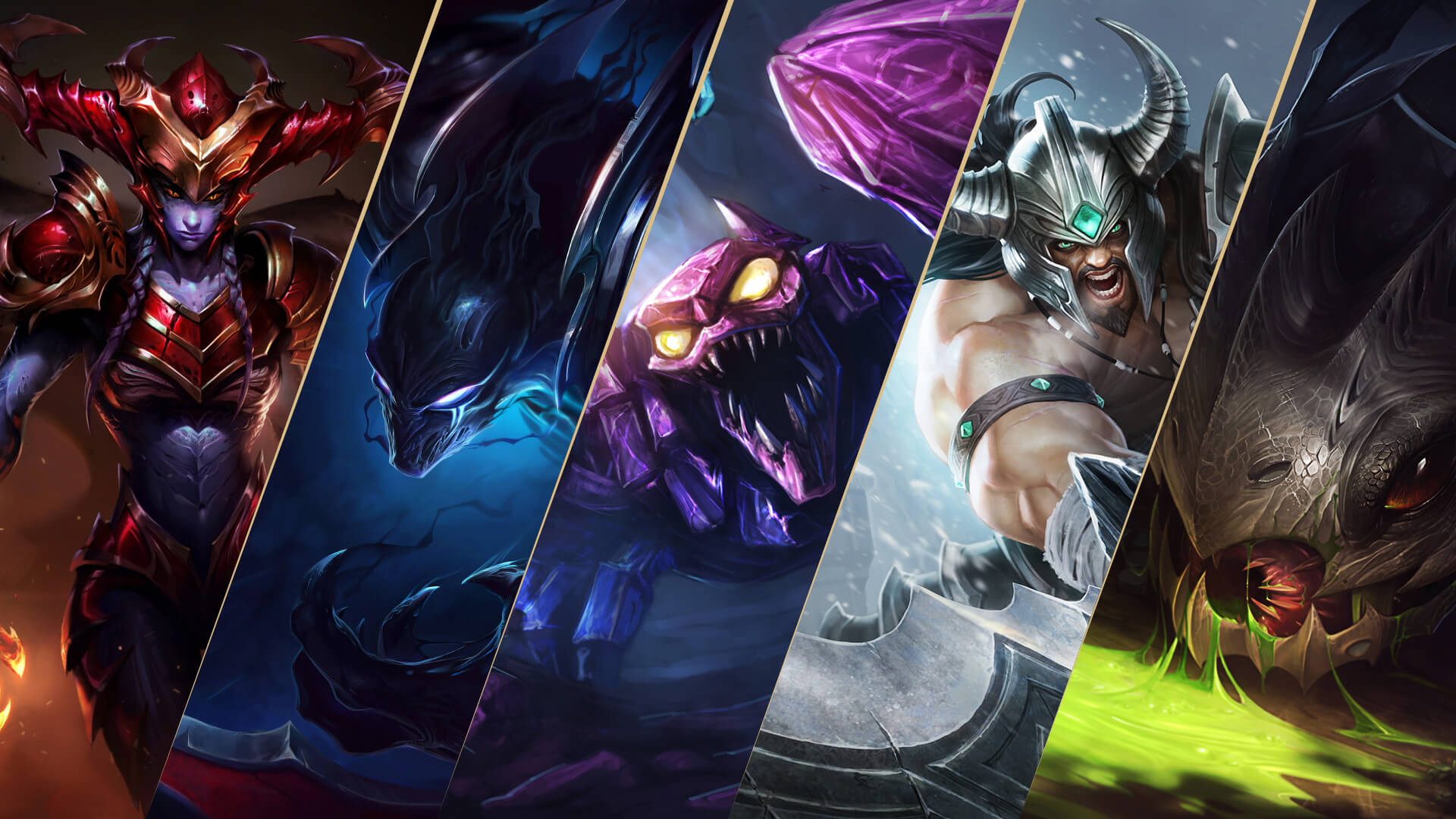 With five champs to choose from, you decide who gets updated next.

Another year, another “choose-a-champ” VGU poll. We’re still working hard on Udyr, but once he’s done, we’re ready to get started on another champion. And the polls are open.

You have until 11:59 pm PT on January 19 to vote. You may cast your vote directly in the League client. But choose wisely, because your vote cannot be changed after submission.

We’ve selected five champions we see as high-priorities for updates and we’re committed to working on whichever one you choose. It’ll take a few months to get rolling on development, but once we do, you can expect regular check-ins like we’ve been doing with recent updates. This way we can collect your thoughts and feedback as we go so we can make sure we get it right, especially for mains who already love these champs.

Tryndamere has maintained a pretty healthy playerbase over the years, and is an incredibly important character to the Freljord. That said, he has really started to show his age, especially when it comes to gameplay and visuals. We think he’d benefit greatly from a modernization VGU similar to Pantheon’s, opposed to a complete overhaul.

If we were to update Tryndamere, we’d want to preserve his split-pushing identity with crit item-scaling. We’d keep his kit straightforward and simple, along with his iconic ultimate. But his healing, early power expression, and effectiveness in teamfights are areas we’d want to dig into with an update. 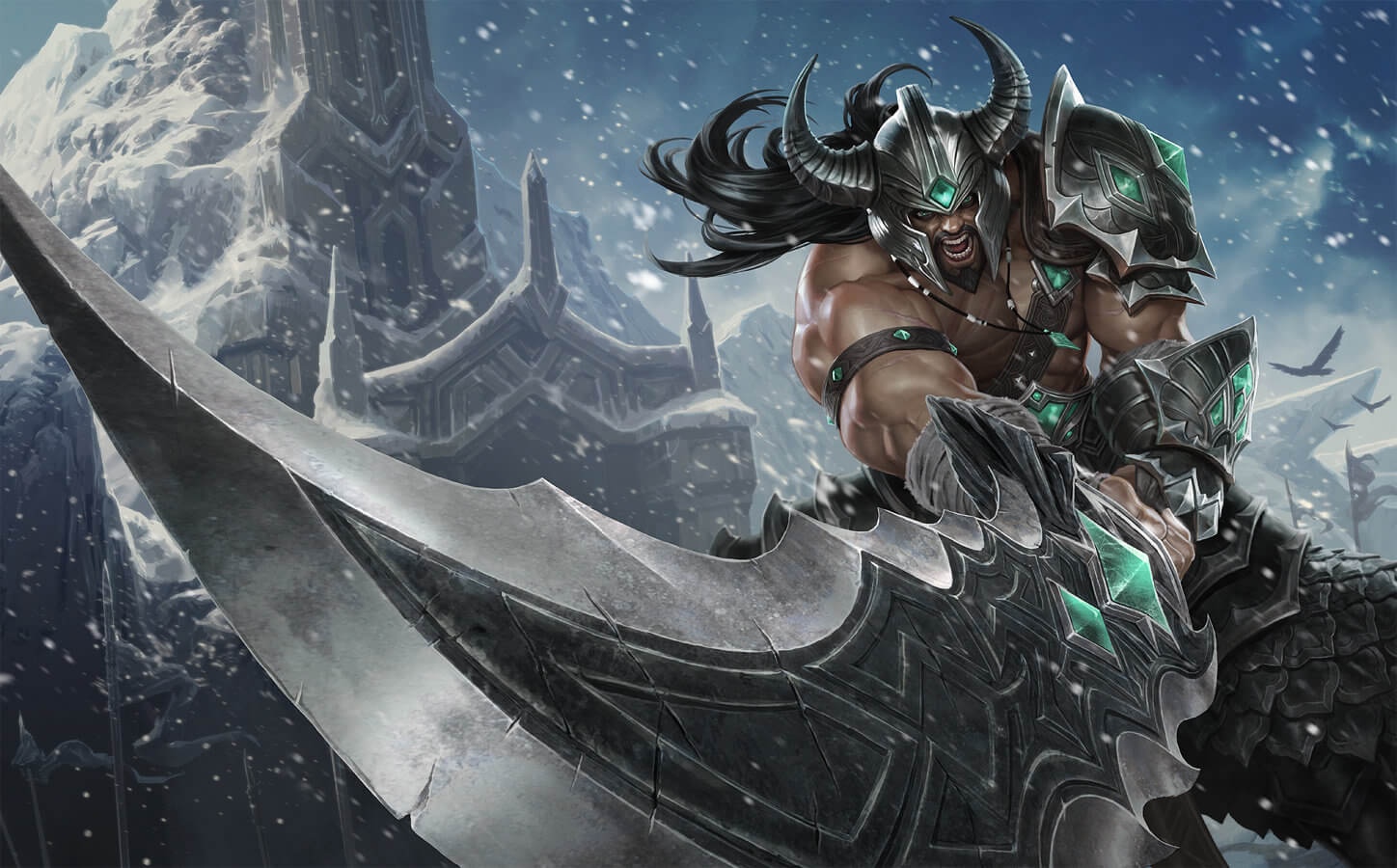 While Shyvana’s overall visuals aren’t as low as some of the other champs in this poll, she falls under the same category as Irelia or Akali—champions who weren’t fully delivering on their thematic promise before being reworked. 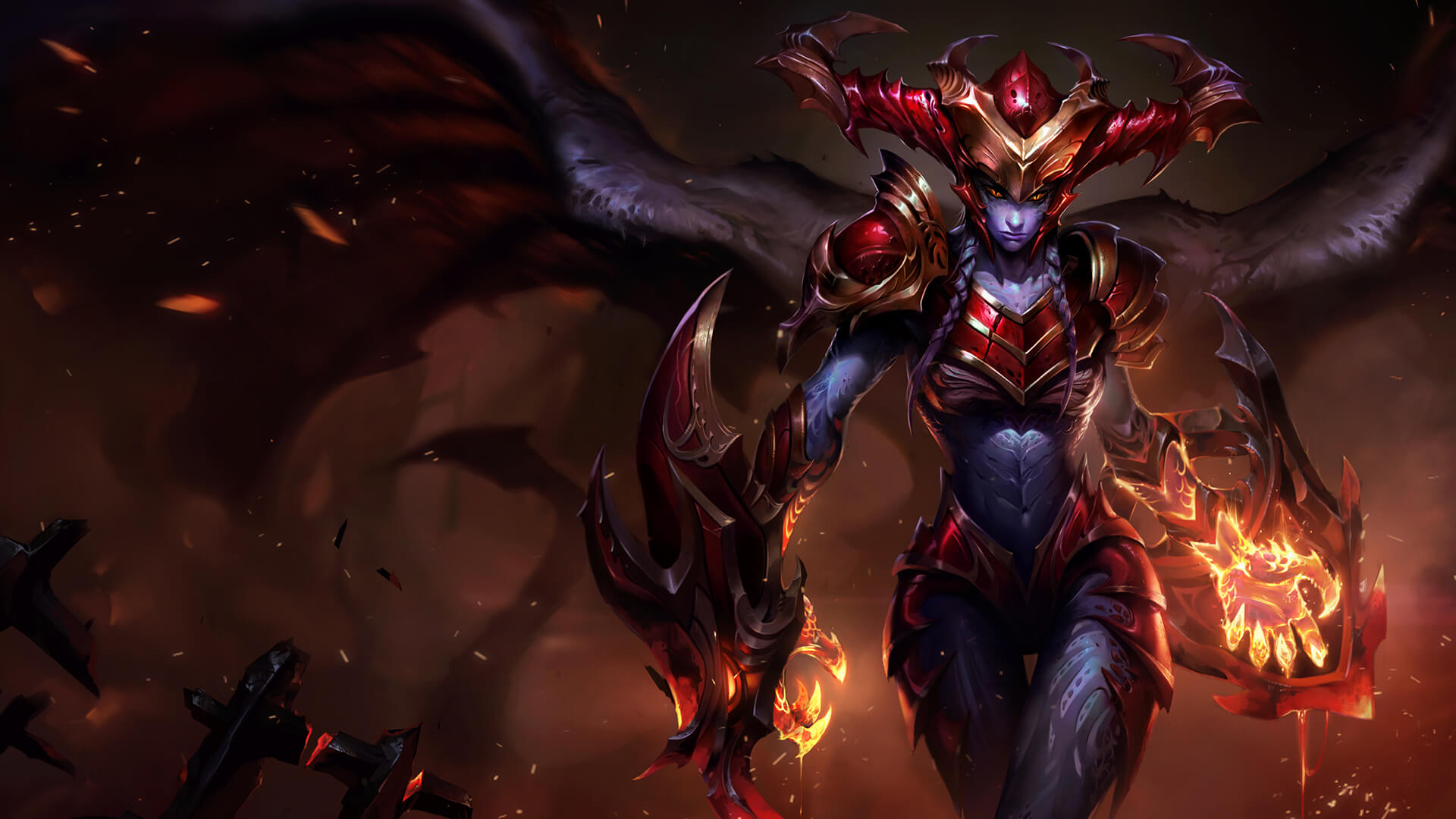 If we were to update Nocturne, we’d want to really drive home his promised fantasy of a living nightmare who engulfs his enemies in total darkness. Nocturne would keep his iconic ultimate, but we’d create a more deep and satisfying base kit to go along with it. We’d also modernize Nocturne’s visuals so can finally live up to his title—Eternal Nightmare. 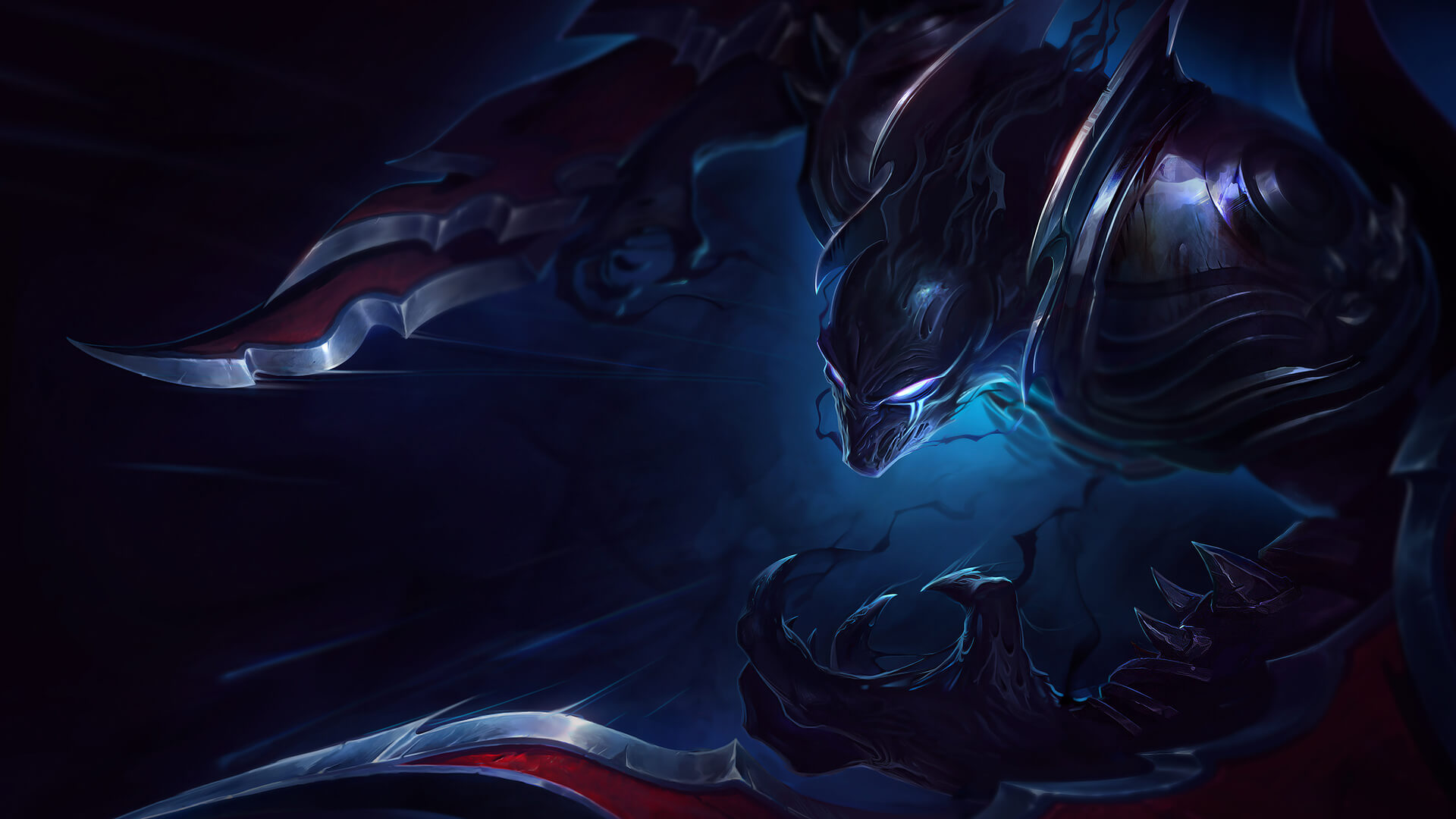 Kog’Maw hasn’t aged well at all. His kit’s kind of all over the place, torn between a hyper scaling ADC and an AP-focused artillery champ. He also feels out of place among his more sinister Void brethren, and while we love our cute Void puppy, we’d want to make him feel more... Void-y.

If we were to update Kog’Maw, we’d give him a full kit overhaul while amplifying his hyperscaling “protect the puppy” auto-focused playstyle. We’ll do our best to retain the artillery AP portion of his kit, but if push comes to shove, we’ll sacrifice it to make his AD face-melter part shine. 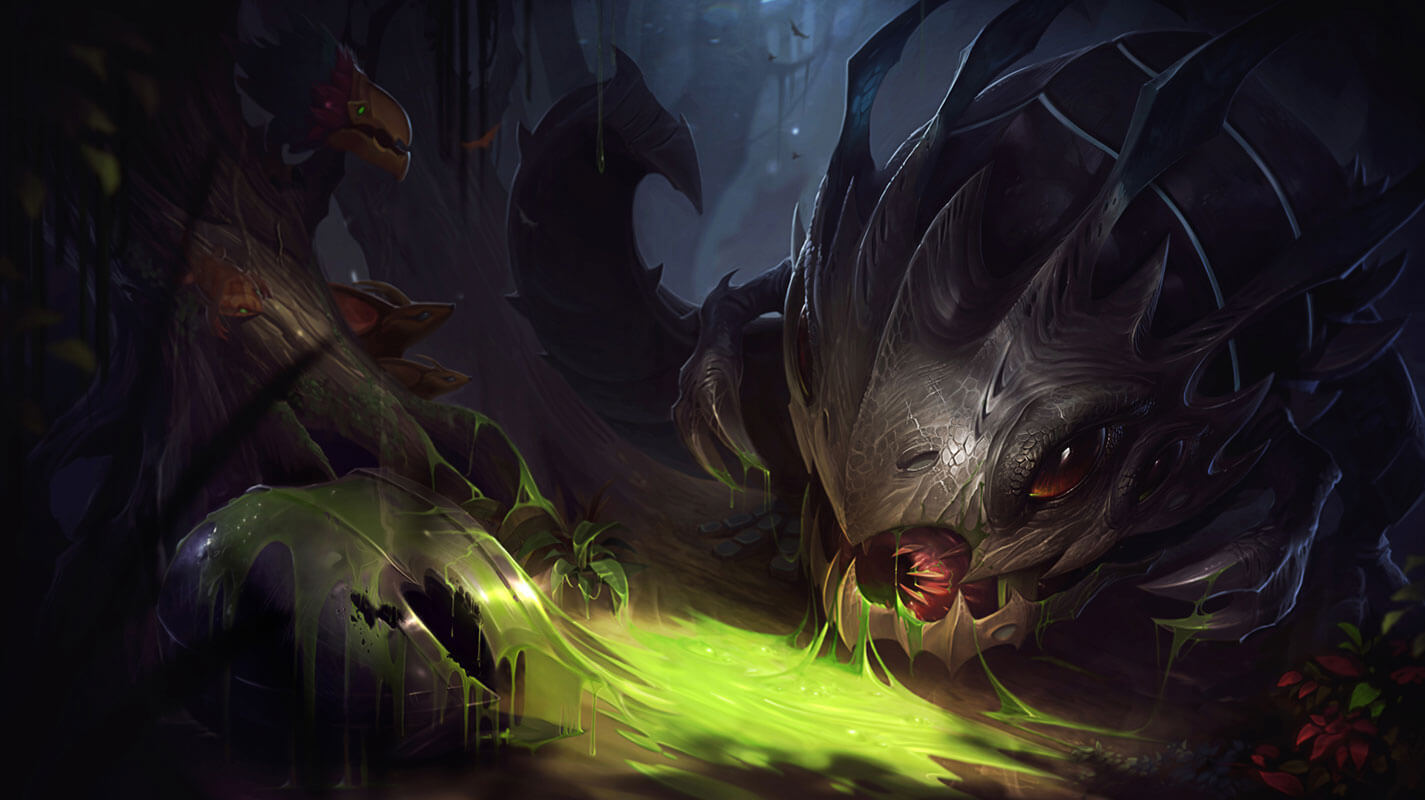 Skarner is one of the least played champions, and honestly he needs a lot of work. We’d aim to fully reimagine his kit and theme, similar to older VGUs like Sion and Urgot. Like his Brackern kin, Skarner’s generic crystal scorpion fantasy is the relic of a bygone era, and we’d strive to give him a clearer, more exciting source of power. This would likely result in big changes to his visuals and story.

As for his kit, the fact that his playrate remains so low despite past reworks is indicative of deep-rooted issues we’d aim to address with a complete overhaul. While certain basic elements and ideas might remain the same, you can expect his new kit to deliver on new and exciting themes in ways his current kit simply cannot. 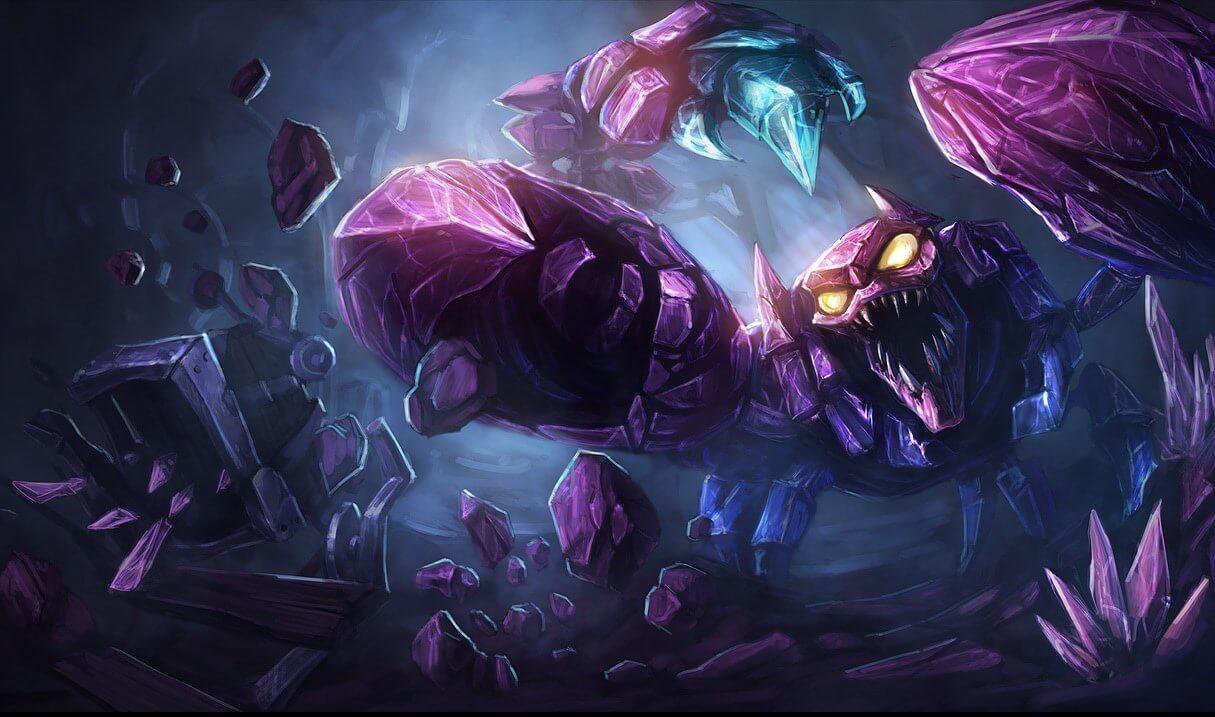