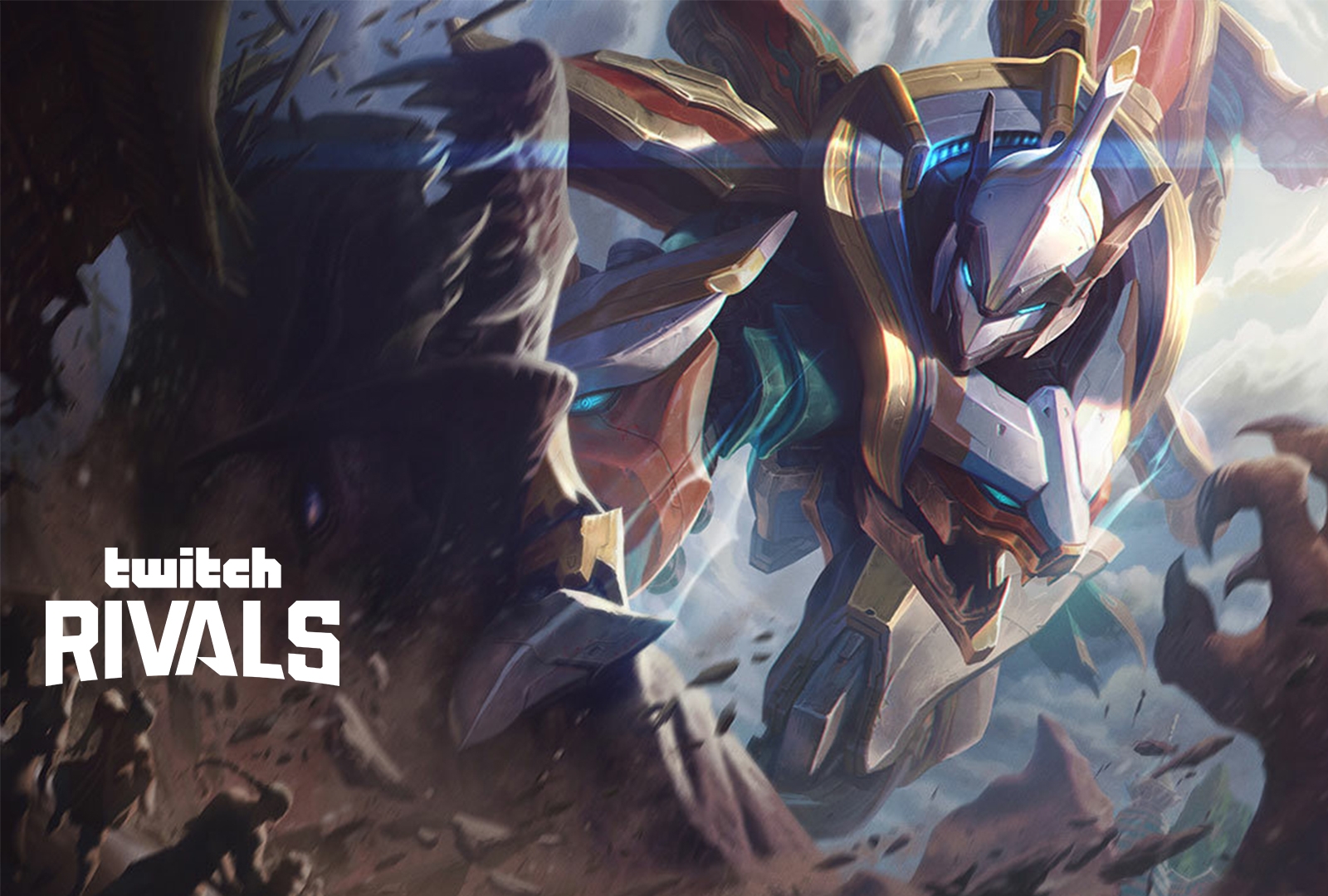 Twitch Rivals is celebrating the launch of Clash with a premade team streamer showdown.

Twitch Rivals is going big with a 16 team Streamer Showdown! Twitch and Riot are partnering to challenge some of your favorite community creators to compete in a 16 team, 80 person Streamer Showdown. Watch the partners communicate, strategize, and compete during the week – then grab a team of friends and enter a Clash tournament over the weekend!

Tune in starting February 18, 2020 at 12 PM PT to see these teams battle head-to-head. The 3-day tournament takes place over at twitch.tv/twitchrivals, with all Streamers broadcasting their point of view on their own channel. The group stage will lead to the Playoffs Day, February 20th, 2020 at 12pm PT. For more details on the tournament structure, Twitch has the full breakdown here.

But wait, there’s more! Throughout the tournament, any viewer with a linked Riot Games & Twitch Account will be eligible to earn a free Clash ticket via Twitch Drops. That ticket allows you to join your friends over the weekend of February 22 & 23 to complete the long awaited launch of Clash.

To help make sure you’re ready for Twitch Drops, we created this handy walkthrough.

How to Earn Twitch Drops

Twitch has made this friendly FAQ, but to help make it easier for you, here is a step by step guide.

First off, it’s important to clarify that Twitch.TV and Twitch Prime are separate. A lot of our players may have already linked to Twitch Prime (which is awesome). However, drops are different, and only eligible for those who connect their Riot Account to their Twitch.TV account. This allows everyone to reap the rewards, whether they have Prime or not. So hop over to Twitch to link your account! All you'll need to do is find Riot Games and click Connect, and follow the simple steps. Super easy!

Between the start of the event on February 18th, 2020 at 12pm PT, and the end of the event on February 20th, 2020, tune into any of the streamers competing (or the main Twitch Rivals broadcast), while they are live, and cheer them on! Streamers don’t control the frequency or who gets the Twitch Drop, so watching them stream is the best way to unlock the possibility of getting a ticket. If all the requirements are met and a drop is awarded ,it will be attributed to your Riot Account automatically, just be aware that this is not instant.

Step 3 - Use Your Clash Ticket and Sign up your team!

Once you have received your Clash Ticket (awarded on February 21st), head on over to the League client, click the Clash tab, and form your team. Clash starts on February 22nd, so use that ticket quickly. The ticket is valid for the launch weekend only.

Interested in who is on what team? Here are the teams! 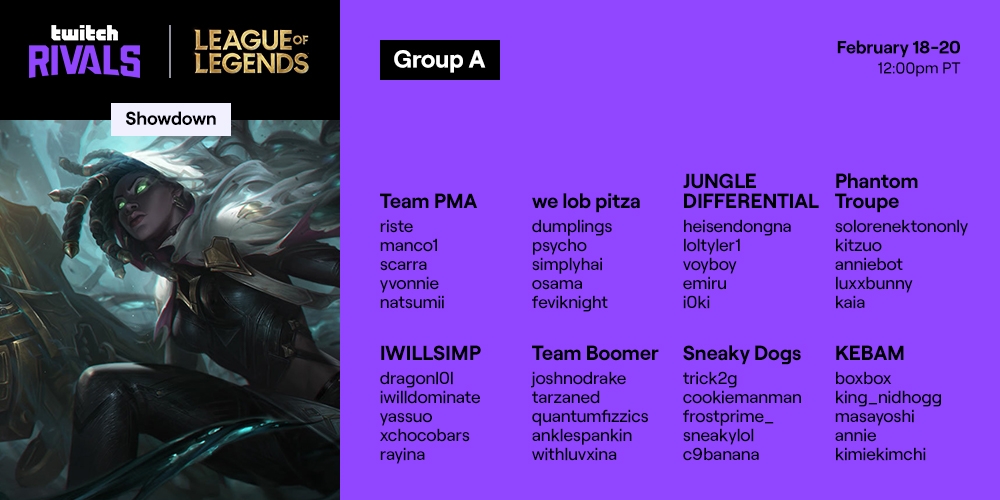 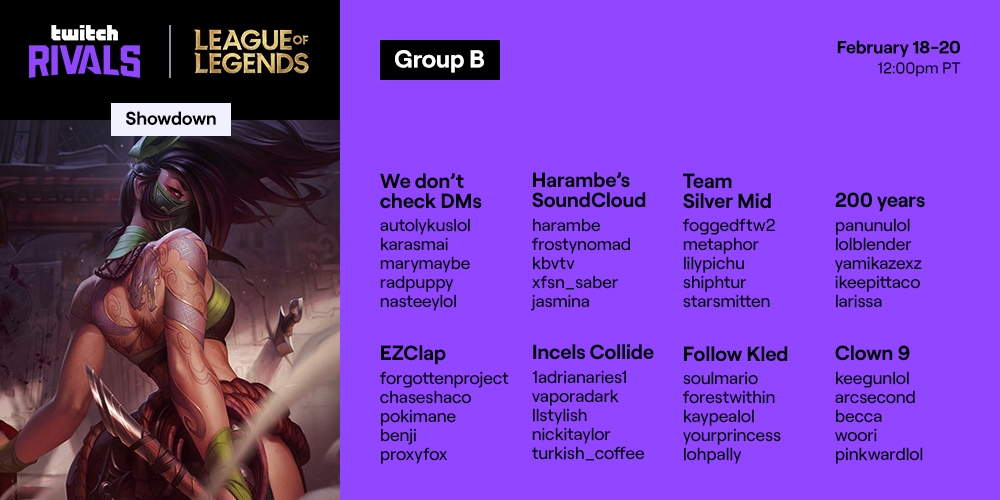 Want to go follow them all now? Here are direct links to their channels!

Thanks again to our Twitch Rivals partners for celebrating with us, and good luck to all of our streamers on the Rift!