Another small update about game-ruining behavior and our next steps to address it.

Update here on how our efforts to address game-ruining behavior is going. As mentioned previously, we’ll be talking about this work on a monthly basis.

Previous discussion in case you missed it.

The report notification changes have been performing as hoped, with visibility at peak times into how the system is working roughly doubling in most regions and quadrupling in Korea. Visibility into penalties being applied won’t solve issues all by itself but is an important pairing with better detection and penalties. Example of that for NA in this graph: 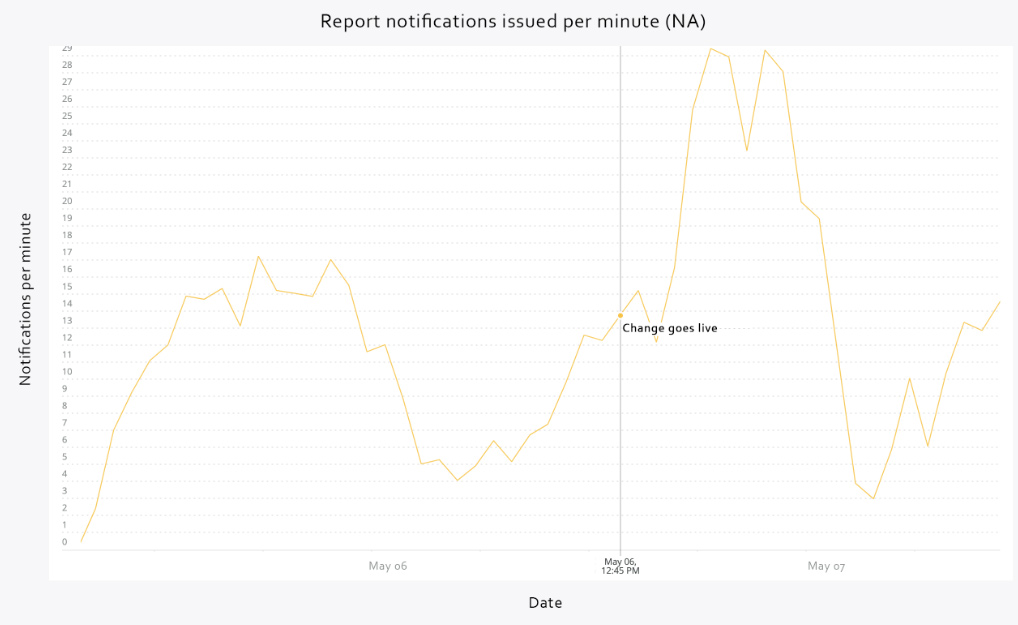 We’ve been running post-game surveys about in game behavior, building up a picture of how common different behaviors are and which behaviors players find the most frustrating.

Example of what the resulting summarized data looks like: 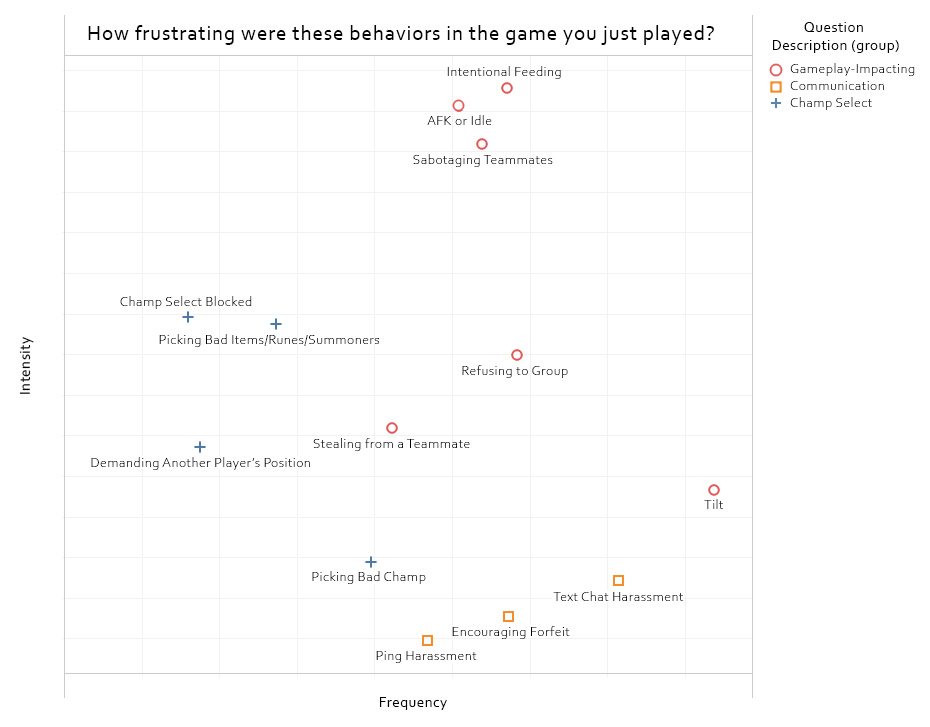 Results so far match the feedback we’ve been getting on social media from players, giving us confidence that the issues already under discussion are representative of wider player feeling as well. Intentional feeding/afking and other in game sabotaging behavior are clear outliers. As a result, we've decided to dedicate more resources toward addressing specifically those issues.

We’ve also been combing through our existing int/afk detection and penalties with the following conclusions:

We intend to ship a number of experiments and tweaks (like champ select reporting and muting) throughout this year. The next batch of these changes are in early stages of development right now, but we hope to share more details of our plans in a /dev post next month.

We look forward to talking more then!