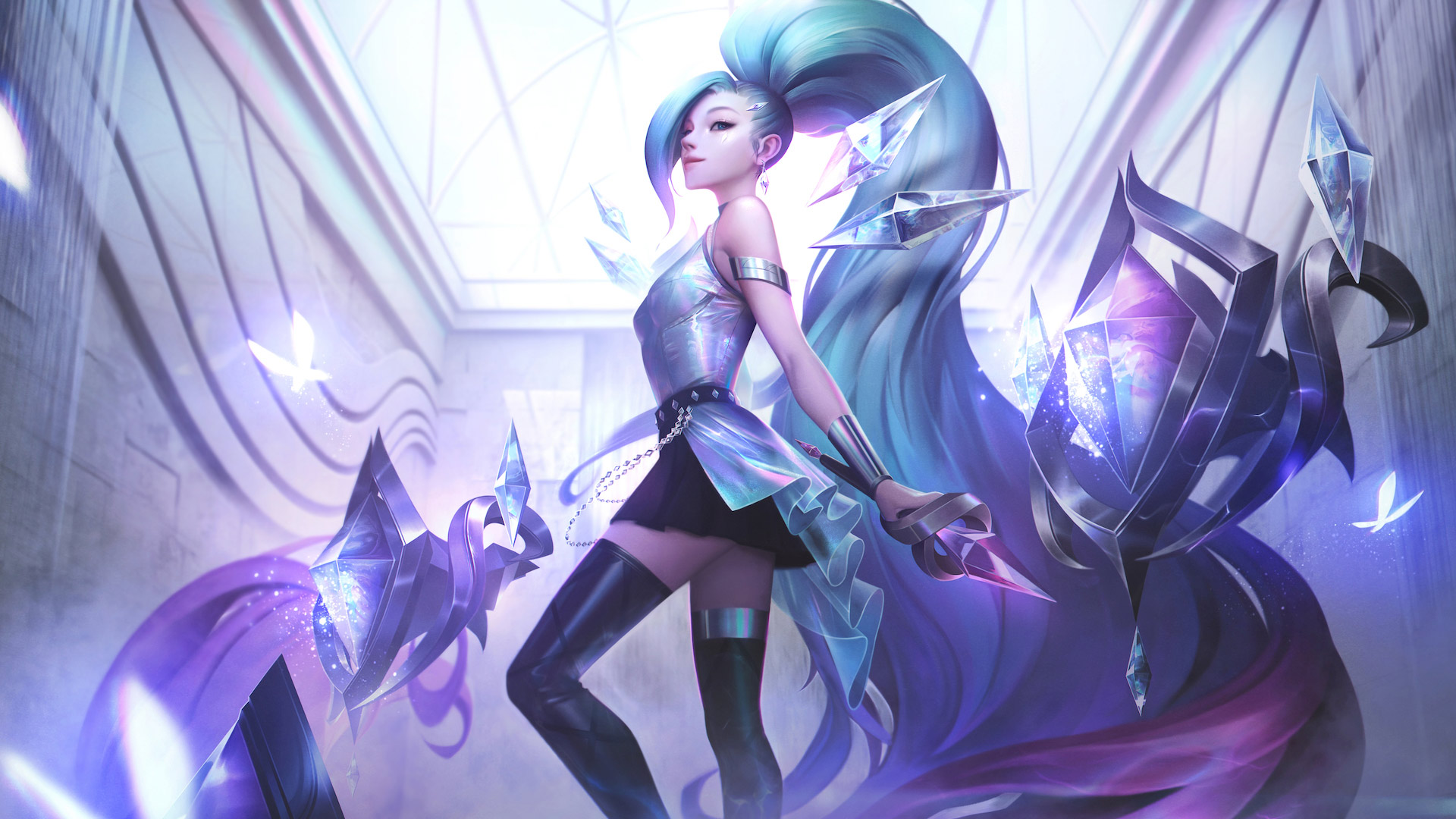 Revealing our next Ultimate Skin, K/DA ALL OUT Seraphine.

In 2019, we answered the question "Are we ever going to make another Ultimate Skin" in an Ask Riot which dived deep into the philosophy and definition of Ultimate Skins as well as the nuances of delivering what we call a "true interactive experience." In the 2020 State of Skins and Events article, we went even deeper into not only what technically makes an Ultimate Skin, but what players perceive as the elements that make an Ultimate Skin an Ultimate Skin with a correction on what our principles around the skin tier will be moving forward.

With all that being said, we're happy to announce that Seraphine's upcoming launch skin, K/DA All Out Seraphine, will be our next Ultimate Skin. It is no doubt that Seraphine's journey to the Rift has been a special one. For months you've discovered, stanned, and followed her story from a budding bedroom producer to the newest collaborator of one of the hottest girl groups in the world! So as we looked to decide on our next Ultimate Skin recipient, Seraphine immediately came to mind as a way to hit on the "deep and compelling fantasy" we outlined in our past articles for a champion and their Ultimate Skin.

Once Seraphine was decided, we had to figure out how we'd represent, both narratively and visually, her story and what fans went through when you play as her in League of Legends. As a result, K/DA ALL OUT Seraphine will feature a Missions system that will unlock two additional Forms permanently in a narrative quest line.

After purchasing K/DA ALL OUT Seraphine, you'll start with Seraphine as we saw her when she first started her journey on social media—an artist creating music just from her bedroom with only a few followers tagging along her story.

When you complete three Missions in her quest line, you'll unlock the Seraphine that was discovered by Evelynn, a more confident musician who has fans of her own right and a wealth of talent that is recognized by all.

And last, but not least, when you complete the next two Missions in her quest line, you'll unlock the Seraphine that is the fully realized collaborator of K/DA and pop star, with fans all over the world.

Once you unlock all the different Forms, you'll be able to select between them during Champion Select.

For 3250 RP, K/DA ALL OUT Seraphine will not only include the Ultimate Skin, but two icons, an emote, and a border that can be earned as a part of the narrative quest line you unlock when the skin is purchased.

The full Missions list will be available in the Worlds 2020 Player Support article on October 29, 2020.

Just like you, we've really enjoyed seeing Seraphine's story unfold over the past few months and are really happy with her Ultimate Skin. We hope that you feel we've done something truly special and hit that bar of an immersive, deep fantasy that's unique and best-in-class for Seraphine.