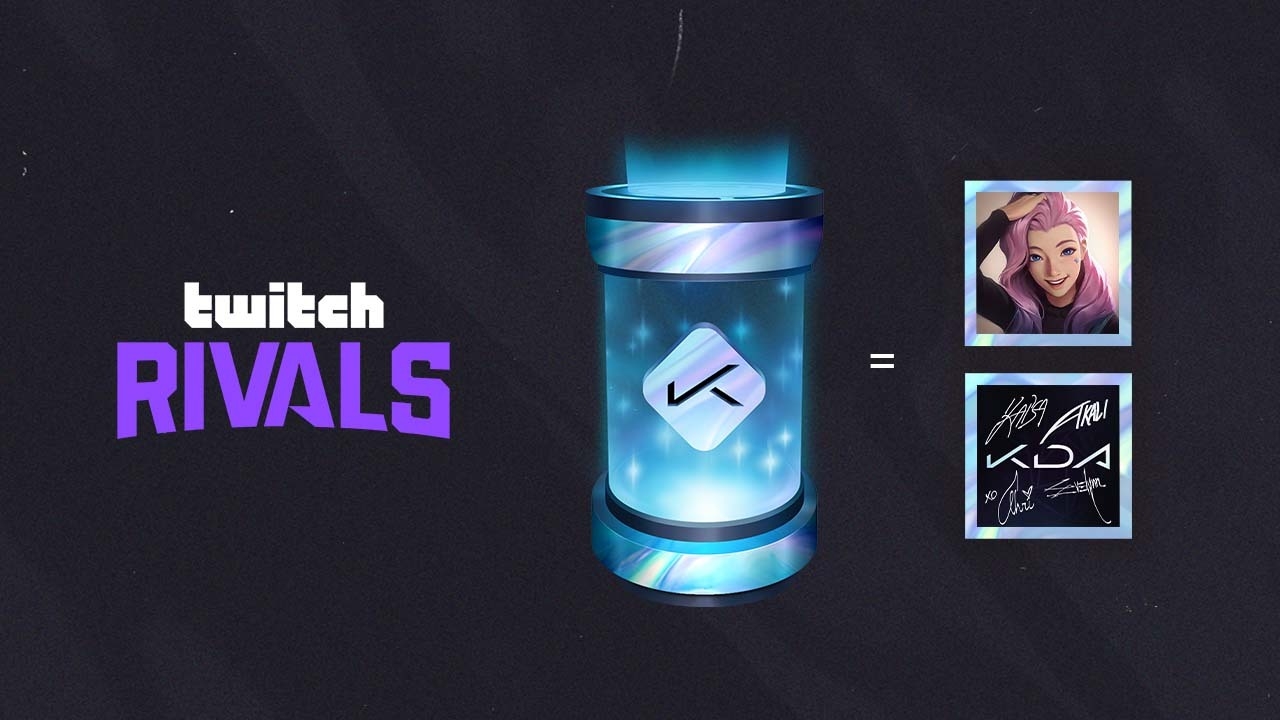 Celebrate global pop sensation K/DA's triumphant comeback in this special edition of Twitch Rivals. Tune into twitch.tv/twitchrivals at 2 PM PT on October 29, 2020 to see teams fight to take home a slice of the $50k prize pool. Each team will have 5 League of Legends streamers and 2 Legends of Runeterra players.

We are still locking down the final list of talent, so keep an eye out on social media for who exactly will be playing!

But wait, there’s more! Throughout the tournament, any viewer with a linked Riot Games & Twitch Account will be eligible to earn the following summoner icons on League of Legends via Twitch Drops: 2020 K/DA ALL OUT Autograph Icon and K/DA ALL OUT Seradotwav icon. All participating content creators, as well as Twitch.tv/TwitchRivals will be giving out those drops.

Players outside of NA, LATAM, and BR who can't make the stream; don't worry! We'll be sharing with you a different way to get these icons soon.

To help make sure you’re ready to earn the right to be K/DA's #1 fan, follow along this step-by-step guide on how to earn Twitch Drops. You can also check out Twitch's FAQ here

How to Earn Twitch Drops

First off, it’s important to clarify that Twitch.TV and Prime Gaming (formerly known as Twitch Prime) are separate. A lot of our players may have already linked to Prime Gaming (which is awesome). However, these Drops are different, and only eligible for those who connect their Riot Account to their Twitch.TV account. This allows everyone to reap the rewards, whether they have Prime or not. So hop over to Twitch to link your account! All you'll need to do is find Riot Games and click Connect, and follow the simple steps. Super easy!

On October 29, tune into any of the streamers competing (or the main Twitch Rivals broadcast), while they are live, and cheer them on! Streamers don’t control the frequency or who gets the Twitch Drop, so watching them stream is the best way to unlock the possibility of getting a ticket. If all the requirements are met and a drop is awarded ,it will be attributed to your Riot Account automatically, just be aware that this is not instant.

Once you see the icons in your League of Legends account, you can equip them right away. These icons will be unearnable through Loot, so show them off proudly.